Rain rain, go away. How am I supposed to use my Fitbit if you won’t stop?

So it’s been two full weeks of having a Fitbit Flex 2* and I am loving it! I got it for Christmas and it has made me so much more aware of my body. And how bloody lazy I am!

Having never used one before I have to say that I’m so glad I got the model I did. It’s not the latest one out there but that one had a watch on it and I already have a watch on my other wrist so that would be weird! Plus I liked how skinny it was. Other Fitbit users I know commented on how great that was too. I got it in Black because as much as I would enjoy having other colours, I like knowing that this goes with everything and not having the hassle of changing it every time I get dressed.

Another great thing about this model is that it buzzes you every hour if you haven’t walked at least 250 steps. How cool is that? Slightly irritating when I’m trying to be lazy but to be honest, that’s it’s job!

The thing I like best is that you can set all options so that they are unique to you. So even though it’s recommended that you do 10,000 steps a day, you don’t have to. Since I work from home, I set mine to 8,000 which I’ll be honest is a miracle in itself if I can achieve that without leaving the house. And since Topher’s on his feet at work, he sets his to 15,000 I think.

And with the buzzing I mentioned before if you don’t get up off your ass is also adjustable. You can set your hours of activeness. So if you work nights, you can set it to make sure you get your steps then. I have mine set from 9am-8pm while Topher’s doesn’t start until 11am since he works a lot of late shifts. It’s awesome.

You can keep track of your steps without having to look at your phone by tapping the fitbit and it’ll light up with how many lights you’ve gone. So since my target is 8,000 it’s easily splittable between the 4 allocated lights. I’ve done 2000 below! 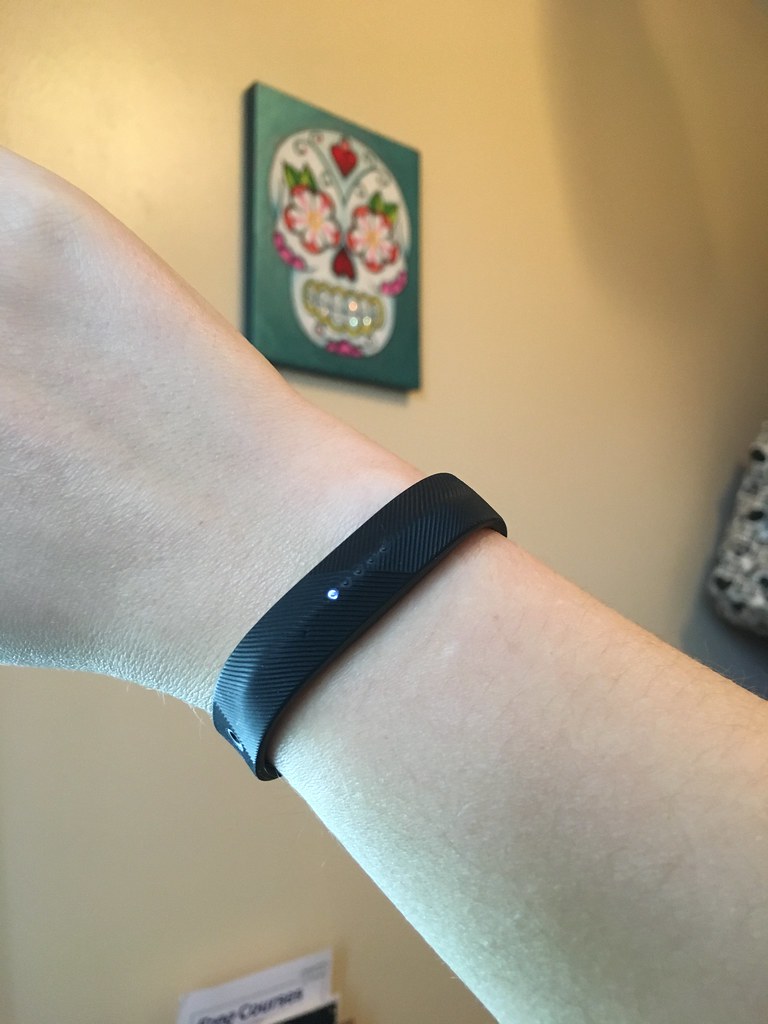 Something I also didn’t know that it tracked was your sleep! I’m finding that super interesting. Apparently I’m really restless during the night unlike Topher who’s dead to the world. It also records how many times you actually wake up too which for me is a lot due to a certain stripy kitty who likes to wail when he gets himself locked in the bathroom…again.

And finally I also keep track of my water intake using the app. It’s manual but it’s still really useful. I really need to drink more water is what I’ve learned!

So now that I’ve got both a Fitbit and a bullet journal I’m really learning about myself and I’m loving it!

Have you got a Fitbit?

I’ve definitely been sleeping a lot more since l

Quarantine is so much easier when I get to spend i