This is the first in a three part series of the places we will be visiting on our honeymoon next year and they’re just going to be our initial plans. Kind of a mood board if you will. So lets start with New York City!

So though I’ve been to New York twice already in my life, I have no where near finished with it. I’ve barely scratched the surface of it. The first time I visited was 2005ish with my family where we stayed in Jersey and my dad insisted on renting a car. Yes, a car. Needless to say I didn’t really see much of the city. All I remember is going up the Empire State Building, Central Park and Times Square. The second time was in 2009 and it was with university on a short research trip. We stayed at the Pod hotel in Manhattan and walked everywhere. Though we were doing research I still saw so much more of the city then I did last time. But of course, I want to go back to see even more. Topher has never visited so we’ve decided to begin there. 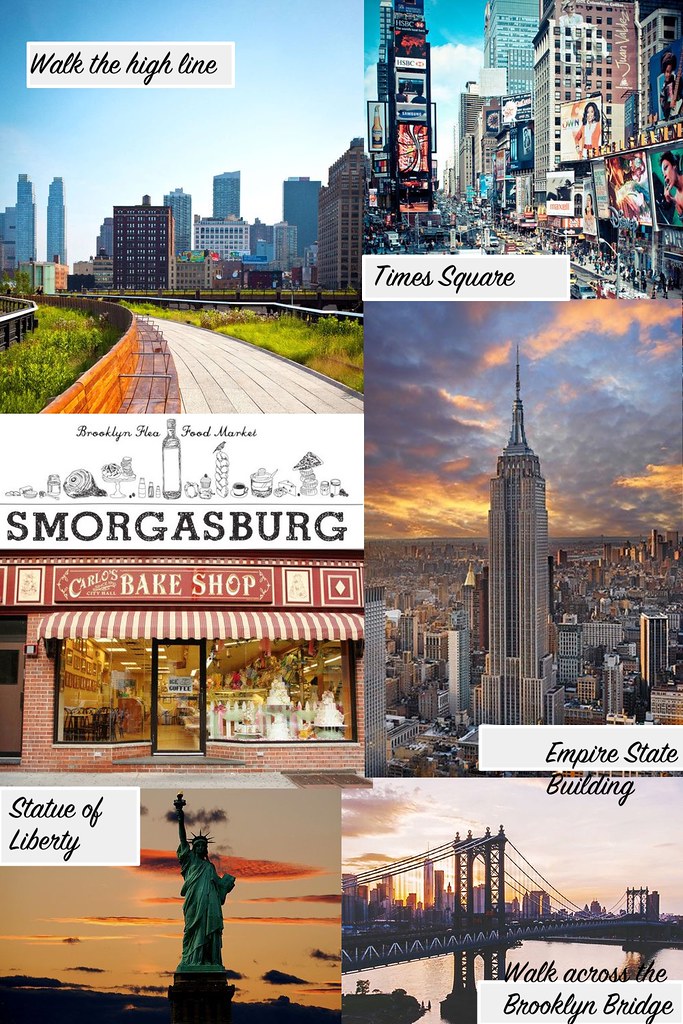 First of all, what’s a trip to the city without the usual suspects of the Empire State Building and Time’s Square. I’ve got to remember that Topher hasn’t been before so those are a must. That and the Statue of Liberty which surprisingly after two visits I still haven’t seen! There’s going to be lots of walking involved and that will definitely include walking across the Brooklyn Bridge and The High Line which I’ve only heard good things about.

Other musts include a jaunt over to Jersey for a trip to Carlos Bakery because Cake Boss! And I want to visit at least one type of market while we’re over there so I was looking at the Brooklyn Smorgasburg market for the foodies that we are. Other than that, I haven’t got many other activities planned in yet apart from walking around neighbourhoods. 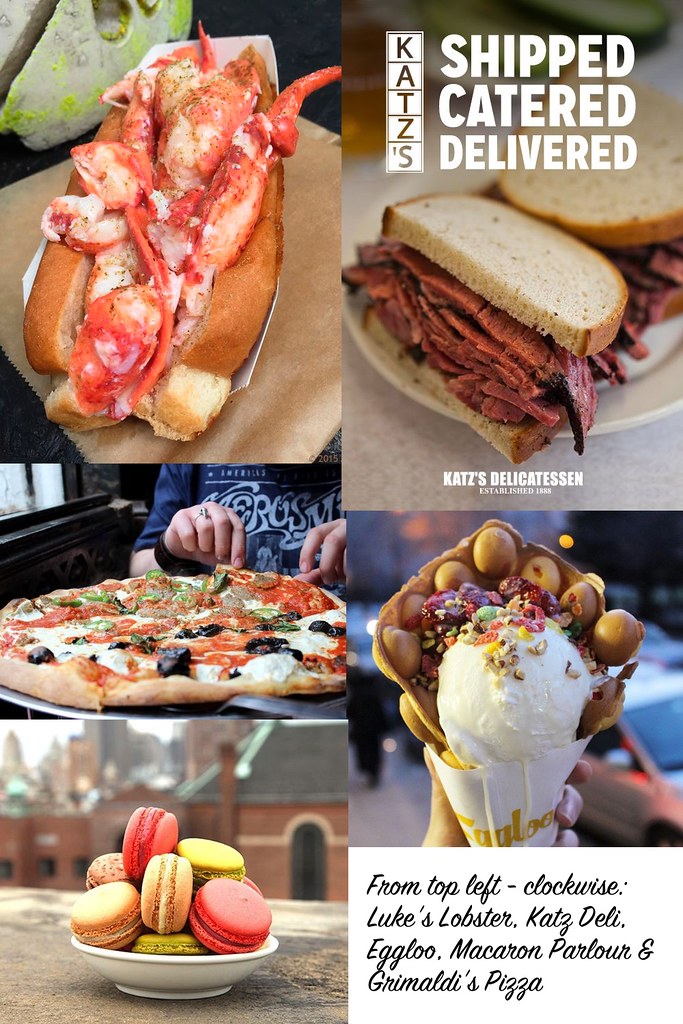 And what is a Diane and Topher holiday without a heavy emphasis on food? That’s probably why I haven’t got many plans set in yet. Because of all the food. Currently we’ll be seeing sights and walking from food place to food place. Above are the few places I have found so far that I want us to visit. No breakfast places as of yet. I hear Sarabeth’s is good but it looks a little pricey for us. The macaron parlour is on the list purely for an experimental taste of a certain Cheeto flavoured macaron. Yes you heard me right?

As for hotels, we’ll be having two as we’ll effectively be visiting NYC twice – at the beginning and at the end of the trip. First, the Pod hotel as I had such a good time there last time and the location was great. Only this time, we’ll be getting an ensuite! And for the second, we’re going to pretend to be hipsters and stay at The Ace Hotel as I saw it on another blog some time in the last couple of years.

So that’s all I’ve got so far. Feel free to hit me with anywhere either you’ve been yourself or have heard great things about. Food, activities and anything else weird and wonderful! Tell me them all!

Have you ever been to New York City?

Honeymoon Video – A Music Video of our Travels