So I think it’s safe to say that 2016 has been a big pile of shit, no? I could go on and on about all the crap this year in terms of pop culture (most recently the death of Carrie Fisher) and politics (Brexit or Trump are battling it out for worst thing happening ever) but this post is about the goals I set myself at the beginning of the year.

As humiliating as this post is to write, it has to be done. Because it’s ok. It’s ok to fail and it’s important to let others know that you failed. I am far from perfect and people should see that. Not that you care. That’s something I learned this year – there’s no point in holding back from doing the things you want to do because of what people will think. Mostly, people are too busy worrying about themselves to be judging you on your failure. So you may as well go for it.

I got off on a bit of a tangent there, but hey what’s new? It’s probably my procrastinating mind trying to prolong not writing this next bit! So let’s get to it. At the beginning of this year I made 4 goals. And I failed them all! It’s not surprising considering that most people fail their resolutions but let me feel like a special snowflake for a minute, yeah?

Target Weight – get to it

So this didn’t happen but it’s not a bad ending to the year at all. I lost 1 stone and 6 pounds this year since March. It felt like I was crawling the entire time since I could have done it a lot faster and gotten further but I’m proud. I’m 4 and a half pounds away from the lowest weight I’ve been in a decade and I didn’t put on any weight this year. Plus, I’m 1 stone, 4 and a half pounds away from my target.

I may not have gotten to my target but at least I attended Slimming World every week and am still going in the right direction. So I may have lost the battle but I’m well on the way to winning the war!

London to Brighton Trek for British Heart Foundation – Complete it

Errr…. so that really didn’t happen. At all. I quickly realised early this year that it wasn’t going to happen. After a few practice walks in January, Topher and I decided it wasn’t a priority this year. And it’s definitely not happening next year since we’ll be getting married around that time. So it’s off the table until our 30s which I’m fine with. I will be doing more walking next year but with more of a focus on getting healthy rather than training.

Self employed business – make enough each month to live (ie. pay my contribution to expenses and food)

This was a weird one. I failed but at the same time I didn’t. Between the months of April and October, I made enough to give my contributions to our living expenses which I was so proud of, but the other months I didn’t. The first few months I was obviously building my client base so that makes sense. But the final two months of this year I failed miserably. Goodbye savings!

It was my own fault though. Client contracts ended and I didn’t replace them. I think it’s because I was in the mindset of setting up Begin.Create so I didn’t want to take on work in my old field. But of course I should have been thinking about important things, like paying for food! Luckily, Topher finally got enough hours from work to be full time so he has really taken up the slack these past couple of months and I am ridiculously grateful to him for doing that.

I did get rid of a load of stuff just before we bought our house in March and I have taken steps to de-clutter but man oh man do I have a lot of stuff! Plus it’s inevitable that when you buy your first house that everyone you know throws a bunch of crap at you for it. I’m not talking about things like furniture because that is definitely useful but stuff like decor items that are most of the time not to your taste and take up space. It’s sweet but unhelpful.

And the also inevitable factor of getting your first house is your parents unloading your own crap back onto you. I’ve not only carted around my own crap through my many moves but I’ve also had a room full of crap waiting for me at my parents like a ticking time bomb. And that bomb exploded all through this summer. Yes mum, that’s you. The bright side of it is that my mum has a dressing room now. The downside is that I’m practically drowning in my office. But it’s my crap so it’s my problem!

So though I did de-clutter a bit, there is so much more that I need to do. That is a definite 2016 goal failure! Unsurprisingly, this is being moved to a goal for next year because this shit needs to get sorted. I doubt I’ll ever be a minimalist but I just want to get to a place where everything has a home.

I may have “failed” my goals, I have come in leaps and bounds this year and I’m proud of what I accomplished in 2016. I think my problem is setting my expectations too high for myself. So let’s see if I learn anything from my goal list that I’ll be posting on the 2nd January! 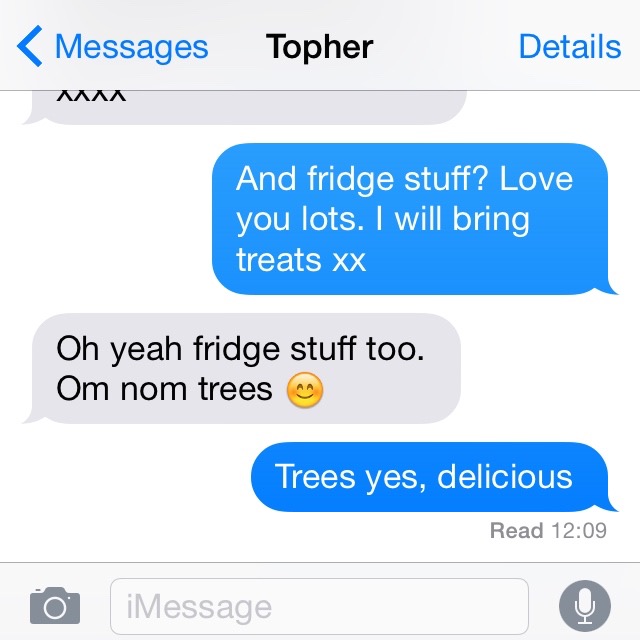 Auto-correct fails between me and my boyfriend 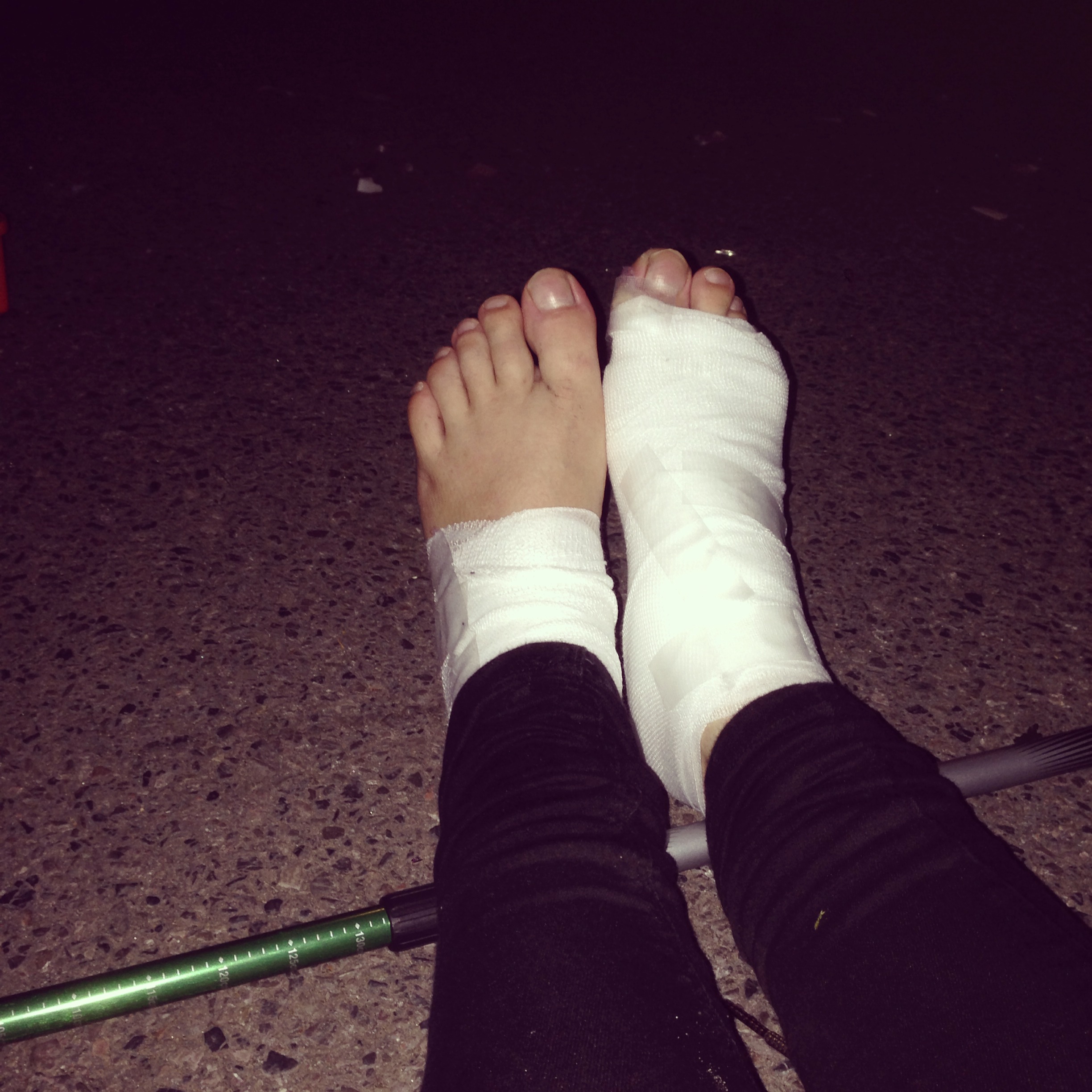 How we did with the London to Brighton Trek 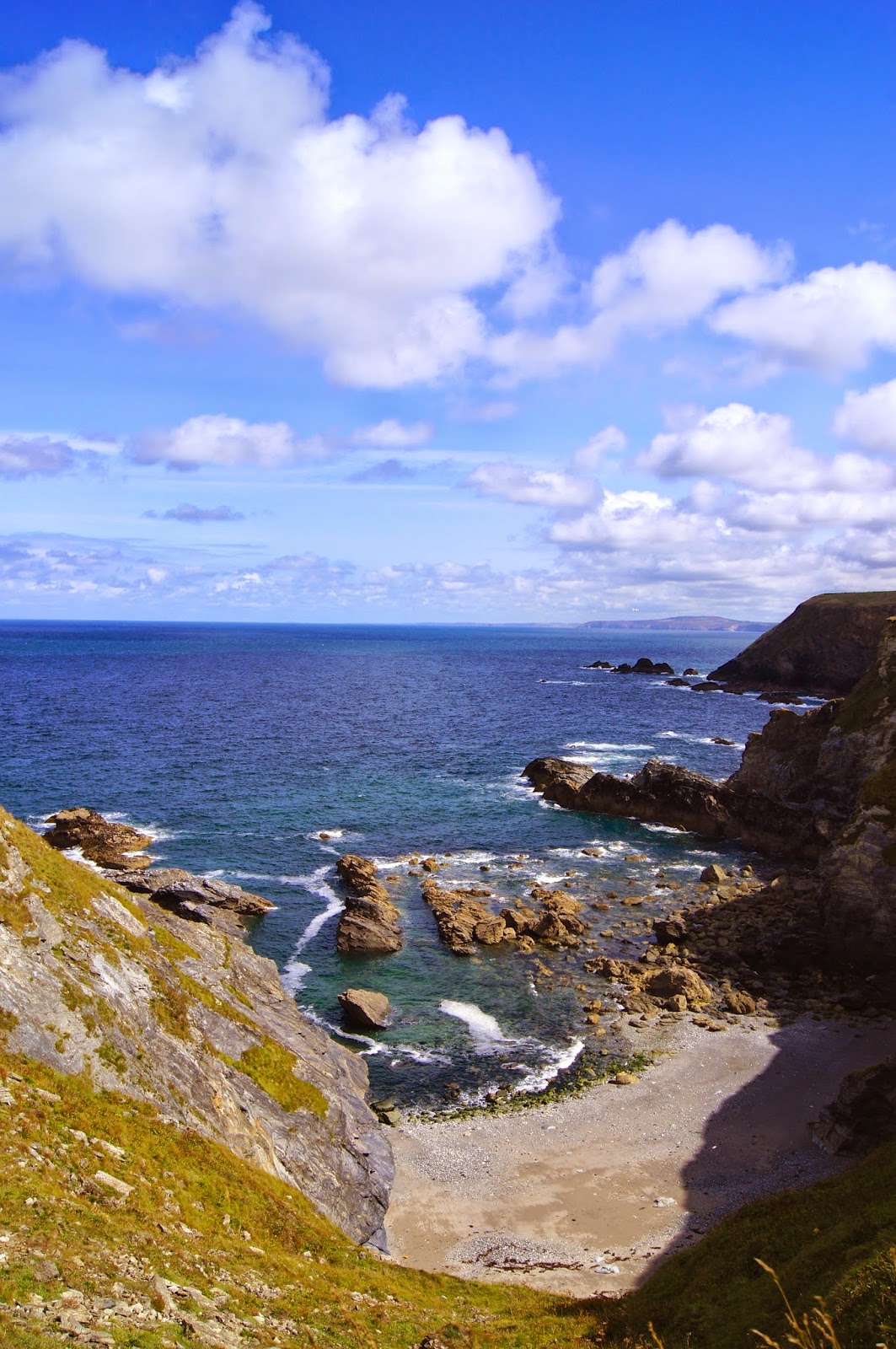