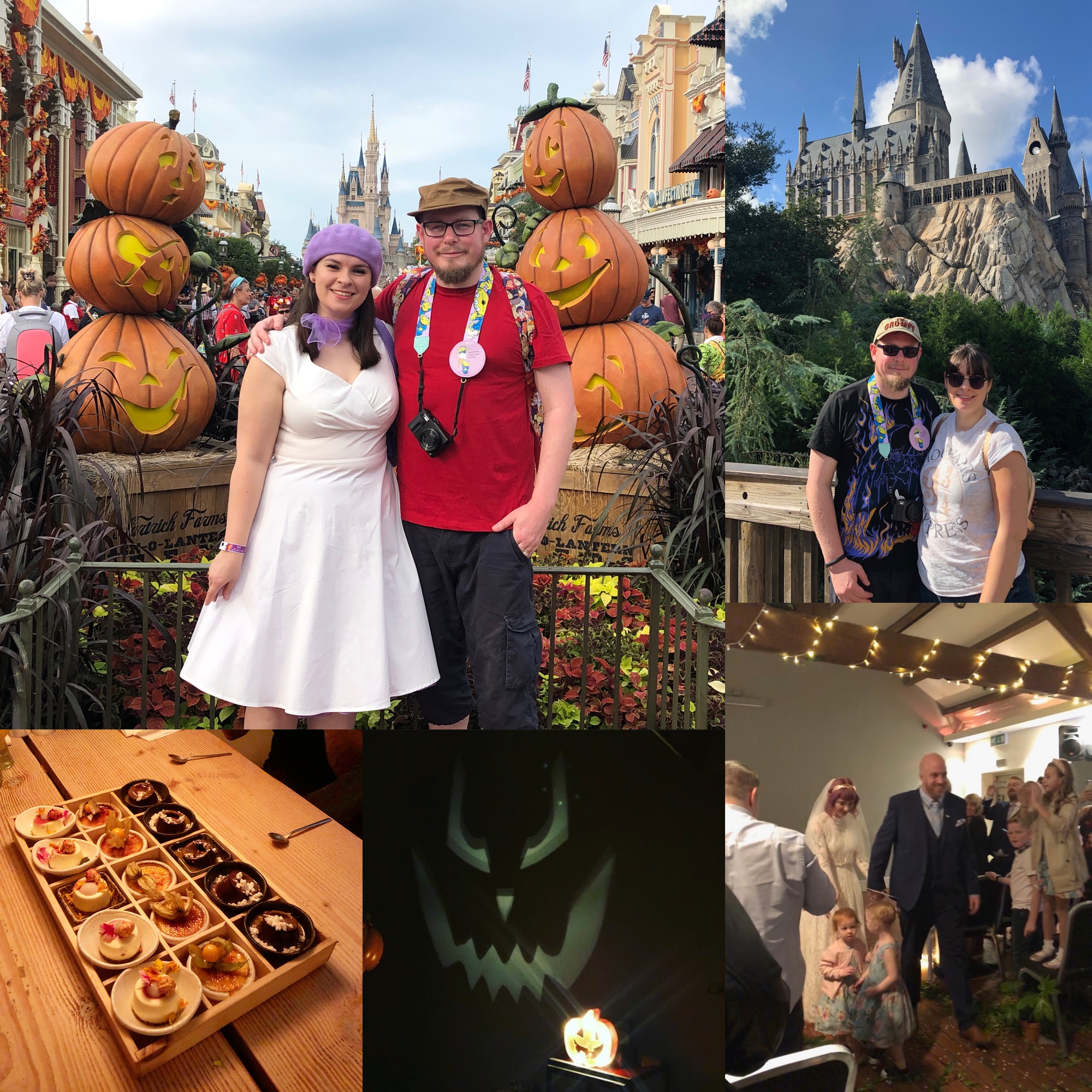 Another year gone! 2019 has been a series of ups and downs so as per my usual tradition, I’m going to take a look backwards before I move forwards into 2020.

So without further ado, here’s my year in review (ooh that rhymes!).

A bit of a quiet month as January’s usually are. Topher and I went out for breakfast at Evelyn’s for the first time and these pancakes were definitely repeatable. I also got crafty and as well as cracking on with a scrapbook I finally made a display for the cake toppers and sugar flowers from our wedding cake.

More home improvements: I finished the gallery wall in our living room which is our pride and joy. I also attempted to Kon Mari my drawers. Spoiler alert they didn’t stay this way for the whole year. Not down to it not being functional but down to my laziness. We bought a Disney board game called Villainous which has provided a lot of entertainment to us and our friends this year. And in honour of my parents visiting South Korea for the first time, we went with them to Korean restaurant Annyeong in Manchester. I am officially a fan of Korean BBQ now!

March was mostly spent gearing up for our Japan trip the following month but we did stop to celebrate our friend Claire’s 30th birthday with hot pot and a Harry Potter themed escape room. We did escape!

I can barely believe it but in April 2019 Topher and I visited Japan! I hadn’t been to the Far East in over 15 years and Topher had never been. Considering we’d never been anywhere together that wasn’t the USA or France, this was a brand new adventure which we enjoyed every minute of. So much so that it’s a definite possibility for us to return in 2021. We went to Tokyo, Kyoto, Osaka and Hiroshima as well as Universal Studios and both Disneyland parks. It was incredible and I’m so happy that we vlogged the whole trip. Check out our videos here.

Another quiet month – we wanted to chill out after our travels in April! Though I did go trampolining with my mum which was really fun! We also went and saw Detective Pikachu at the cinema with our Pokemon loving friends. Though I’m not a fan of Pokemon I really enjoyed it.

June was a much busier month! Both Topher and my dad are Liverpool football fans so my mum and I went with them to a screening of the champion’s league final in Liverpool which they won. The atmosphere was incredible! This year was also my grandma’s 90th birthday as well as my 31st birthday both celebrated with meals out. And a cheeky spa day for Topher and I. And finally this was the month that we started digging up the grass in our garden so we could put down a new lawn. Basically our weed problem had gotten totally out of control so it was easier to just start from scratch.

We finished re turfing the lawn this month after a lot of help from my mum and dad. Thanks guys! The lawn looks great now. July also saw in a new series of Stranger Things which we immediately binged that weekend. And after completely losing the will with bullet journaling I fell back in love with planning after purchasing my first Happy Planner. It was also our two year wedding anniversary so Topher and I went to York which was really fun. Take me back to Betty’s please!

2019 was the first year in my life where I didn’t go to Jordan to visit my family. Instead as I had limited holiday; Topher, Emma and I went down to Devon to visit their grandparents. It was a lovely break and we got to see both sets of grandparents which was nice. We went to Dartmoor and had cream teas in Exeter. Topher and I also booked tickets to see The Book of Mormon in August which was amazing. We laughed so hard and it reminded me of how much I used to love visiting the theatre. Fingers crossed we get to go again in 2020.

By this time I was full on obsessed with planning so I found out that there are planning events you can attend here in the UK. So I went to one that happened to be only 40 mins away and had a blast. The planning community is so lovely. Topher and I also travelled down south for a wedding of one of Topher’s old London work friends which was really nice. And on the drive back to Manchester we nipped into Oxford for a few hours.

October was such a fun month. I attended my first blogging event of the year which was a We Blog North one at Australasia and we also decorated for Halloween at home. One of our friend’s turned 30th and her birthday party ended up being a surprise proposal and wedding for her and her partner. Such a surprise and an amazing night! And then the end of the month saw Topher and I heading back to Florida for the first time since he proposed to me back in 2015. Check out our vlogs for the trip. We had a great time and can’t wait to return with our friends this April!

A quiet month was definitely needed after the last couple so we did a lot of chilling in November. I attended another planning event and I started my Christmas shopping early for once.

The final month of the year! It was a very festive month full of hanging out with friends and family as well as celebrating Topher’s 32nd birthday. We also played Whamageddon and failed miserably! For Christmas we went to my parents and then spent New Year’s with the in-laws. I chopped my hair short for the new year and can’t wait to see what 2020 has in store. 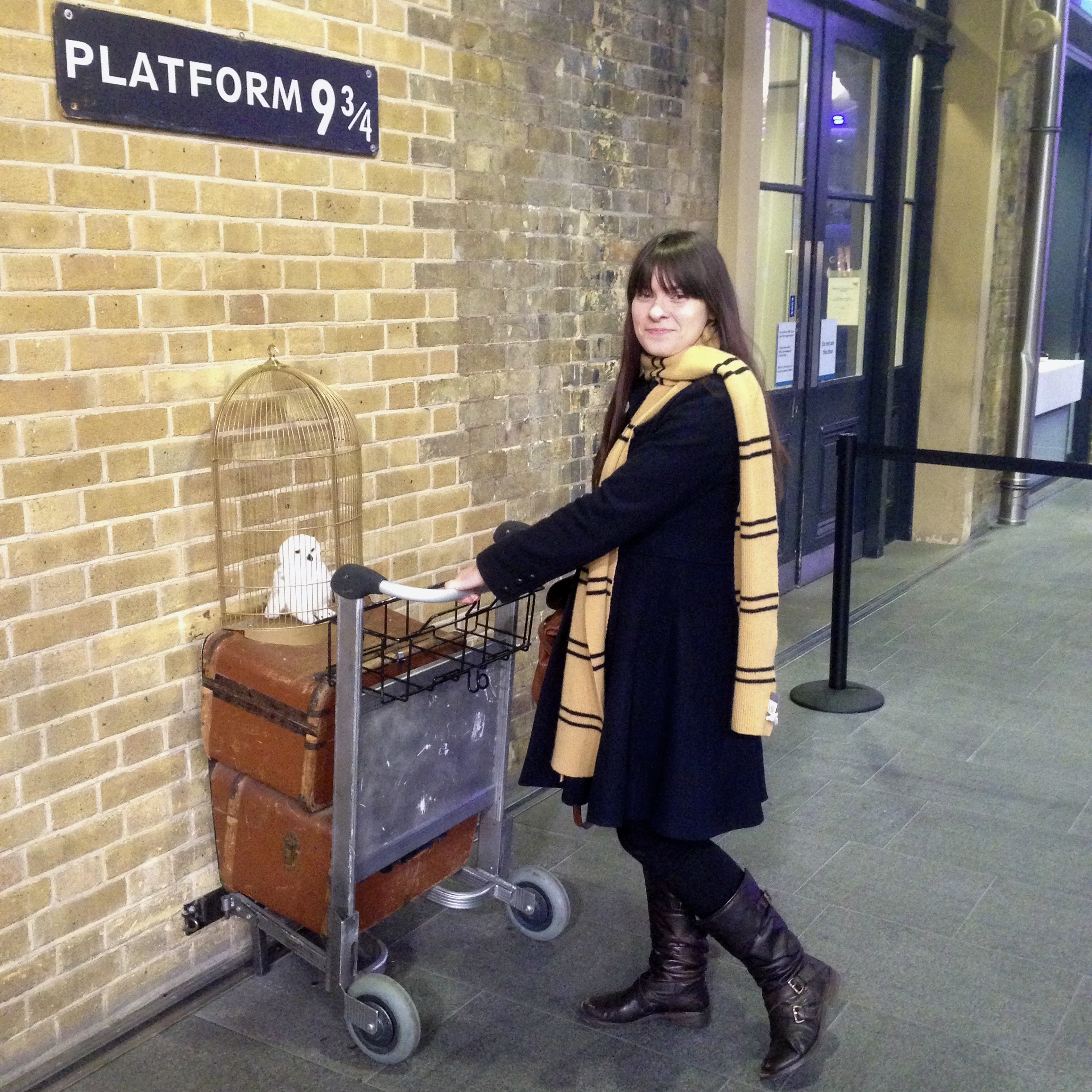 Yet another life update