A Day Trip to Leeds

I’ve been meaning to post this for a while. Topher and I took a day trip to Leeds…in October last year. Yikes! Being a lover of travel, I’ve found that there is a long list of places that I have never visited. And an embarrassing number of them are less than a two hours drive away.

So when I found out Topher was going to a gig in Leeds one weekend I suggested I drive him over and we make a day of it. Then when he goes to his gig I could flee back home. Here’s what we got up to:

We started with brunch at Hepworth’s Deli and Kitchen based on recommendations from ye olde internet. It was about a 10/15 minute wait for a table as it’s a small place and we perused the menu while we waited.

Topher went with the Hepworth’s Breakfast and I went with the buttermilk pancakes. When we went they had some pancakes covered in parkin that they don’t appear to have anymore according to their website.

So of course I chose that. I couldn’t say no to parkin. I think it’s illegal to if you’re from Yorkshire? I kid.

Anyway, it’s been years since I had parkin – reminds me of my grandparents as they used to make it all the time. It came with a salted caramel sauce and cream.

Topher loved his breakfast and my pancakes were tasty. The only downside was that the parkin clusters on top of the pancakes were on the stale side. Maybe that’s why they’re not on the menu anymore? Either way I still covered them in the cream and hoovered them down.

Bellies full we set out to explore the city centre.

First on my agenda (before browsing the indie shop scene) was to have a wander through the many arcades you can find in Leeds. Definitely not many knocking about in Manchester. I only know of one personally (oh and two tiny ones) – how about you? They’re so historic and pretty and I couldn’t help but look up in every single one I went in. Sorry to any locals I almost bumped into!

Then we hit the shops. Damage was done. I would have done a haul post but I got so excited to put everything away in it’s place when I got home that it would be too much work now. Lots of pretty things though – including our COCO canvas you can see in my gallery wall post. I took one photo inside a shop. Here it is.

While we strolled around we kept our eyes peeled for street art as I’m a big fan of it.

So annoyed to see the famous hello street art coned off with loads of building materials in front of it. Lost out on a basic bitch standing in front of a colourful wall shot. Maybe next time…

By this point it was hours later and we were all shopped and walked out. Time for a late lunch. I’d heard good things about Trinity Kitchen (a street food place in the shopping centre that has a mix of your favourites and also some pop up stalls) so we wandered over to see what we could find.

Avoiding anything we could easily get back in Manchester (sorry Pho) we found ourselves drawn to a pop up Cuban place. These loaded fries were out of this world. So good that Topher and I got one each. A pretty rare thing for us as we usually like to get different things and share so we can try lots of things.

Then it was time for me to head home and leave Topher to mosh the night away. We had a great day and would definitely return to Leeds. It was a fun mini adventure!

Have you ever been to Leeds? 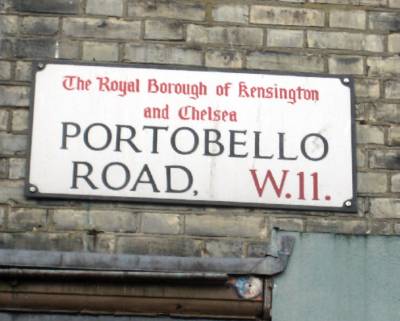 New York Food – What We Ate on Our Honeymoon

My Main Bedroom Mood Board