Insert cliche “where is the year going?” remark. So before I rush ahead to my plans for May, it’s time to reflect on the month that’s just gone by. So here’s my April Roundup.

I felt like I posted a little bit more this month but it turns out I just posted 6 times again. But they were mainly in the last couple of weeks so maybe that’s why. I haven’t got any huge plans for posts in May as I’ve been really blocked this year but I’ll just take things as they come and hope that I have enough inspiration to keep things moving around here. Fingers crossed 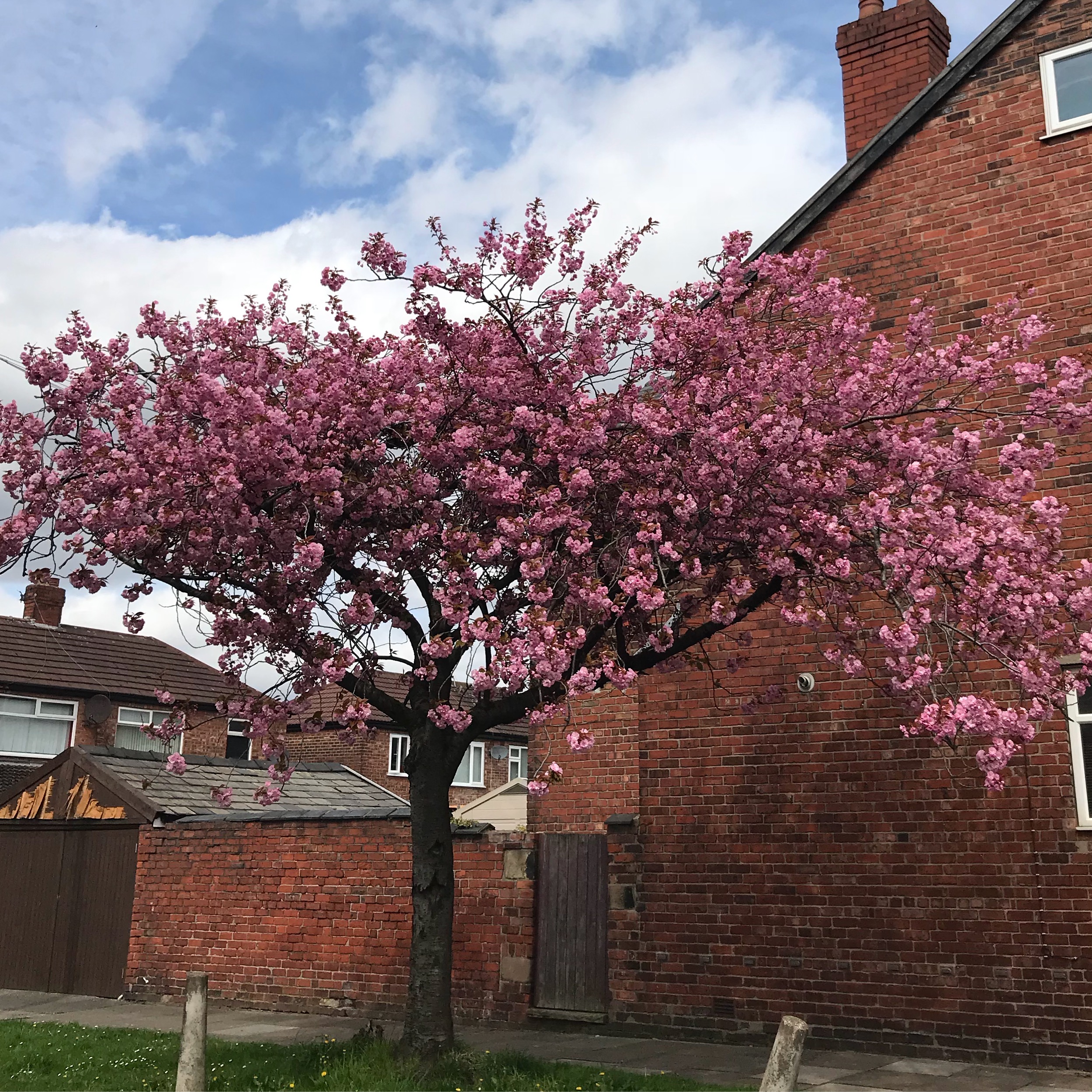 I’m feeling a bit more like myself in the last couple of weeks. Even though it’s been pouring with rain, that little injection of sunshine we had did me good. And it looks like we’ve got some better weather coming for May so bring it on. There have been down periods of course but I’m just taking the bursts of energy as they come and rolling with them. 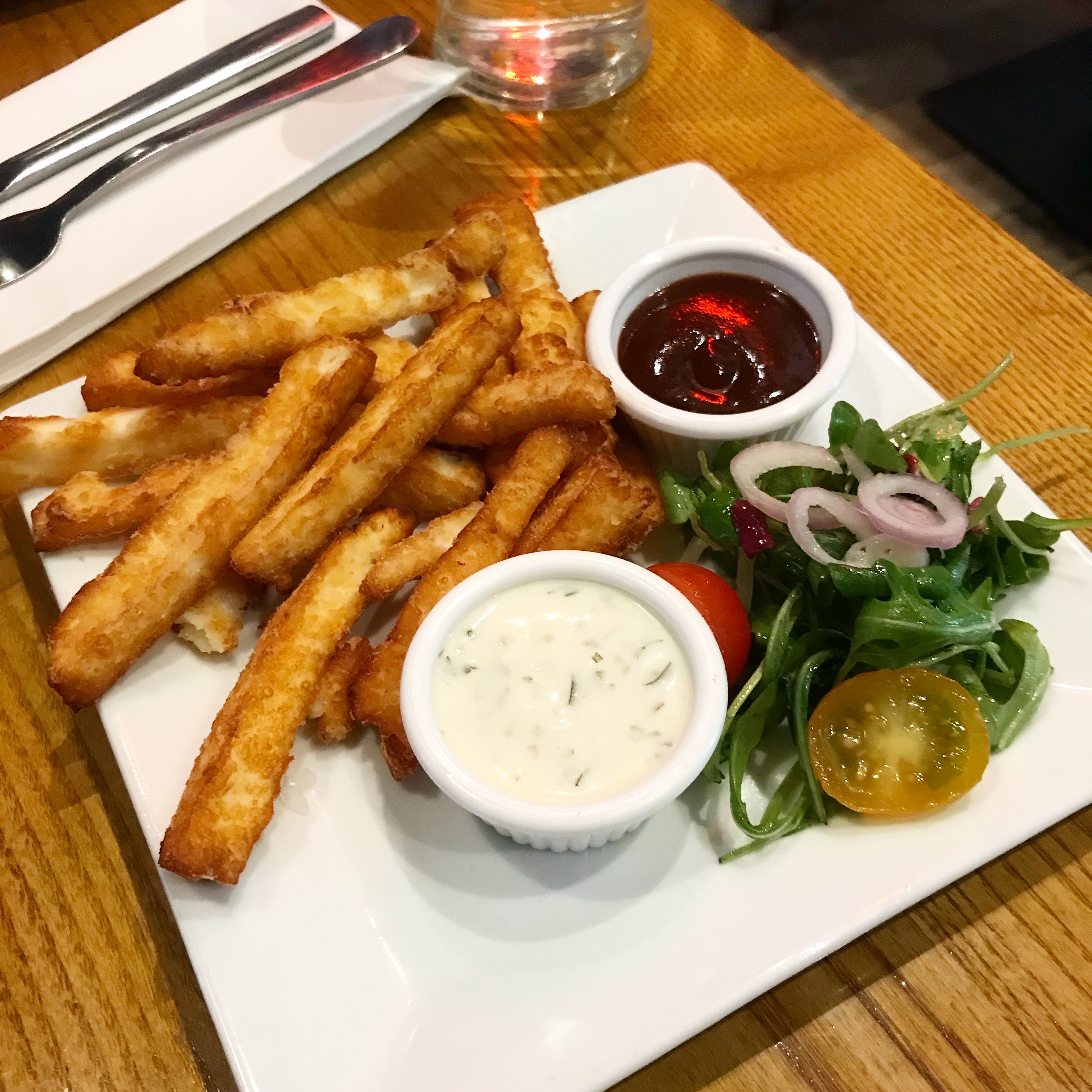 Topher and I paid Solita a visit after it being on our wish list for ages. Topher enjoyed his burger and I took a risk on one which didn’t end up working out for me. Seriously Diane, stopping getting fried stuff with a side of bread. But I do want to go back as all the other burgers on the menu look amazing. And we’ve both agreed that we need to go back for the halloumi fries alone. Damn those were good. Definitely recommend them as I’m still dreaming about them!

We also went for breakfast with Claire and Steve to Harvester in Ashton as they have a breakfast buffet along with your usual main dishes. They all got full english’s and I got pancakes as half on an english breakfast contains pork and the other half I don’t like. I usually end up with eggs on toast in that situation. And hash browns. But as they had pancakes on the menu I couldn’t refuse. Plus they came with fruit so that’s one of my five a day, right?

Finally, Topher and I also visited Tru Street in the Trafford Centre which was an interesting experience. Once again I didn’t make the best decision with meal choice but I would like to go back as there were so many nice things on the menu that I’d like to try. Topher loved his jambalaya and even I could have a taste of it as the whole restaurant is halal so no pork (yay!) They had substituted the chorizo for a beef sausage type of thing. Warning to those who are fellow wimps when it comes to spicy things – there are a lot of spicy things on the menu here. 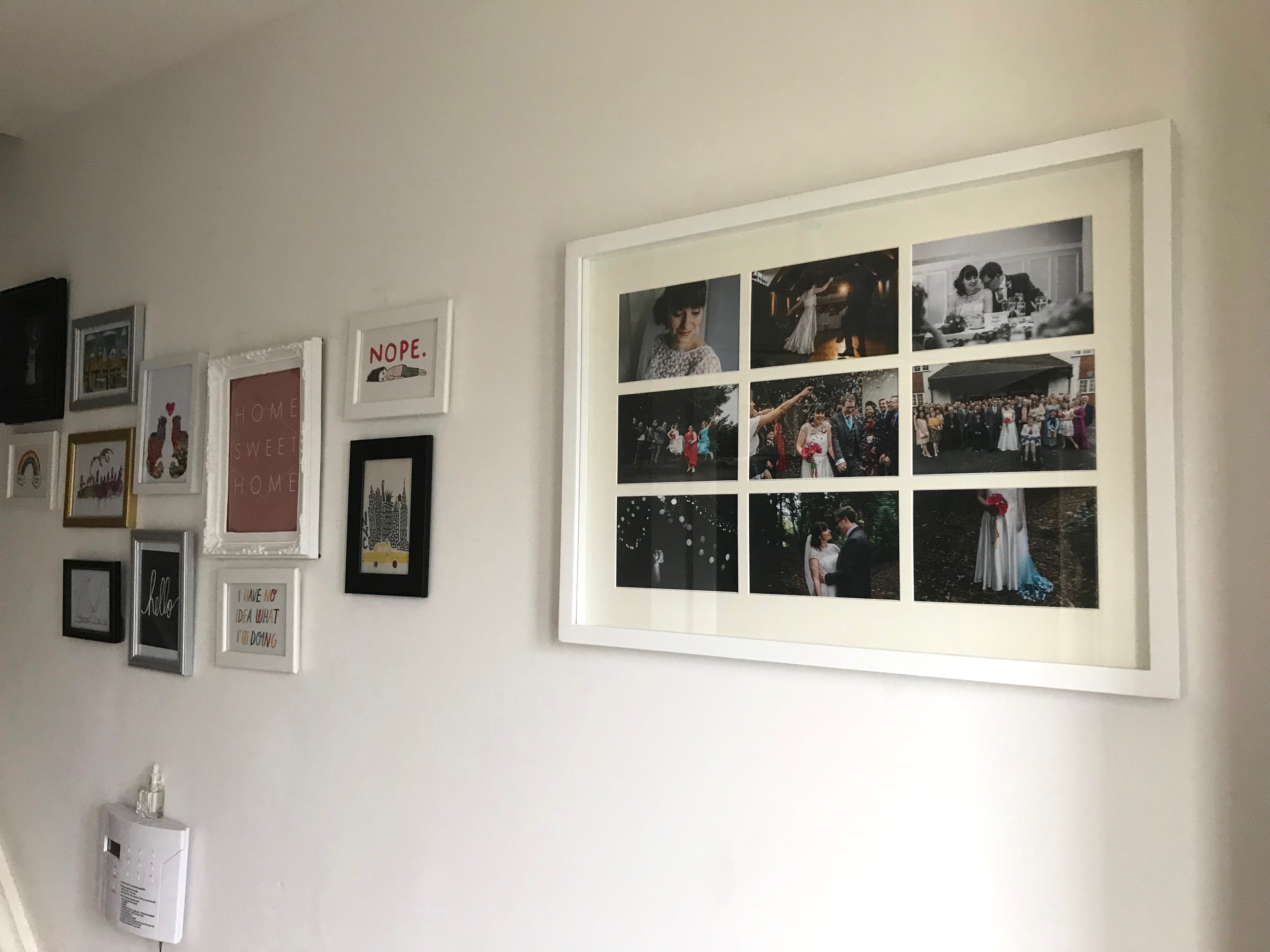 I finally got our wedding photos up along with a few other frames for our landing gallery wall. Now I just need some more photos up there as it’s mainly prints at the moment. Decluttering didn’t go anywhere during April as there was just too much rain. We are hoping to get to a car boot this weekend though as it looks like it’s going to stay dry for a bit.

The lawn in the garden got mowed for the first time this season. I also got rid of most of a bush that was taking up a whole load of room on one side. I actually found a beautiful plant underneath it which is now flowering since it can see the sun! I have no clue what the people who owned the house before were thinking. They planted 3 fast growing creeper type plants all on top of each other in one corner of the garden. Not to mention the large bush that is under the apple tree so you can’t get anywhere near it. Even people who don’t know how to garden (i.e. me!) know that stuff grows so don’t plant stuff right next to each other. I’ll get it under control soon enough!

In other news, I sold my old car so all that drama is over now. Yay! 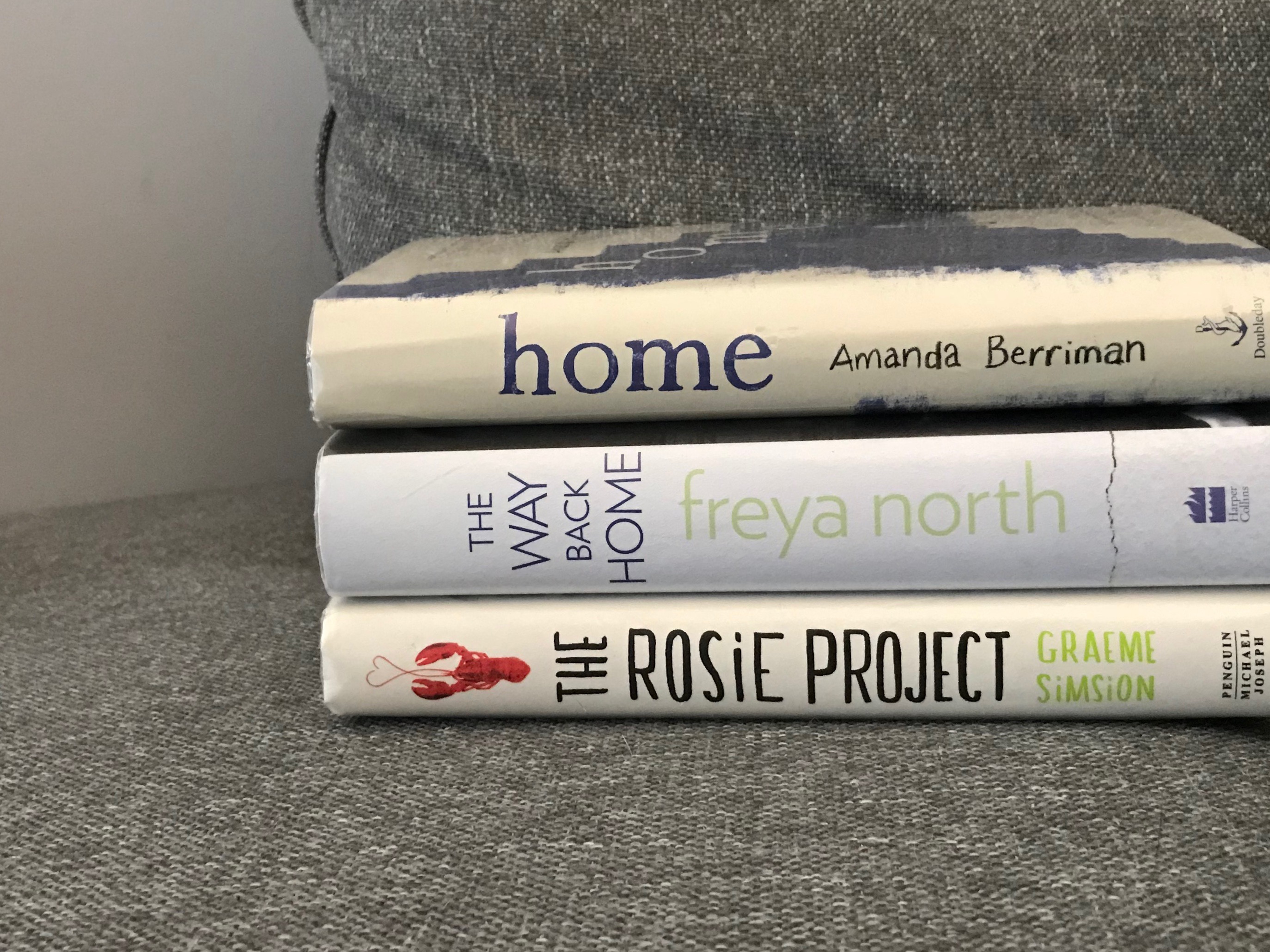 I’ve been watching a lot of RuPaul’s Drag Race this month as I heard that Netflix was removing seasons 2-7 at the end of the month. I hadn’t seen 5-7 so that’s been rectified now. Of course I’ve been watching it so much that even Topher keeps going, “byyyyeeeeeeeeeeee”.

We only got to the cinema once again in April so really need to step it up in May to get our money’s worth of our Cineworld passes. We saw A Quiet Place which was amazing. It was refreshing to see something so original in the cinema. Go see it!

And in books, I wrote about the books I read so far this year and I joined the library. I got three books out on Saturday and read and finished one that day. So good! I’m going slower with the second one but am hoping to finish it before Friday when I head back to the library so I can return them. 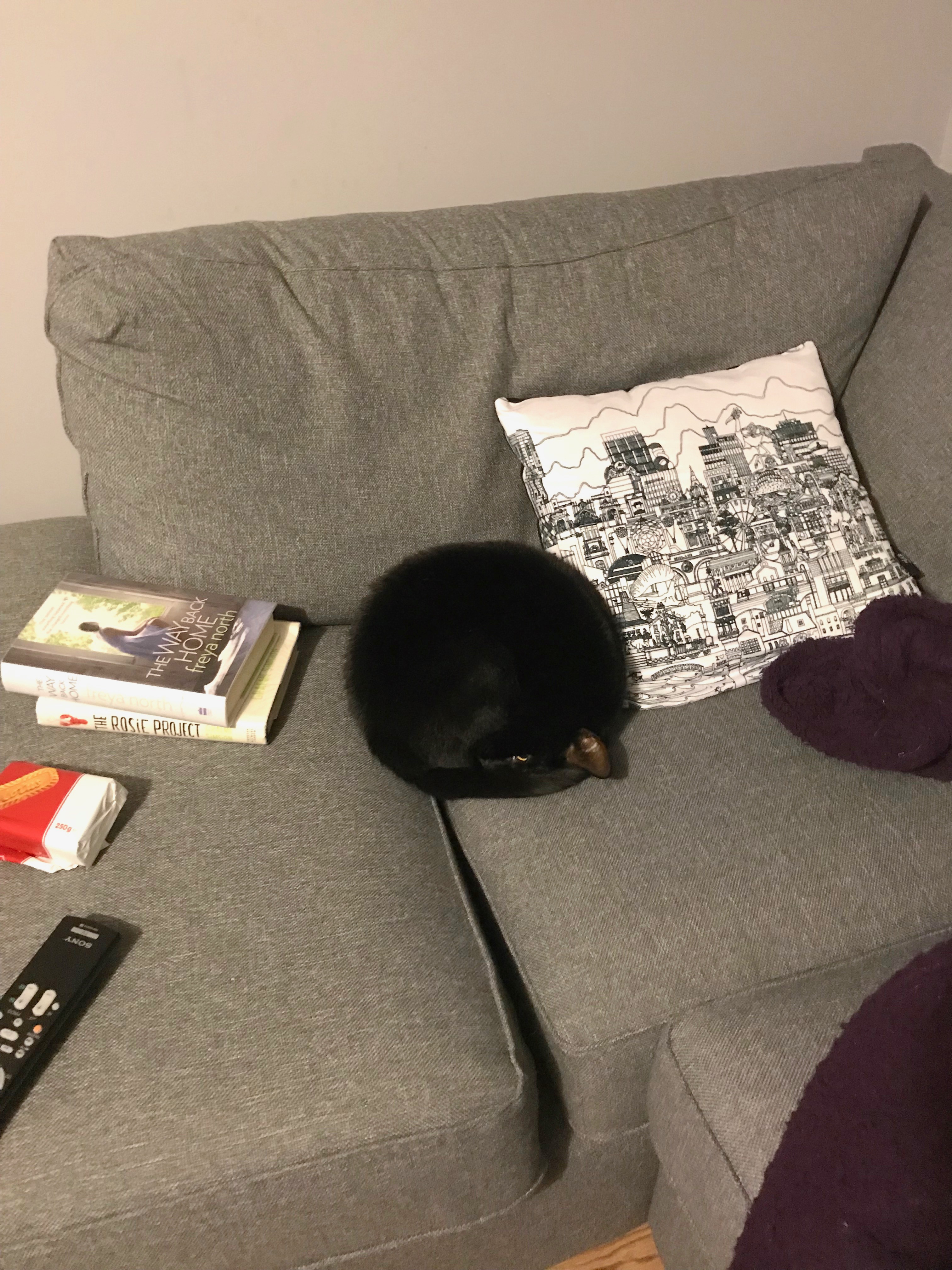 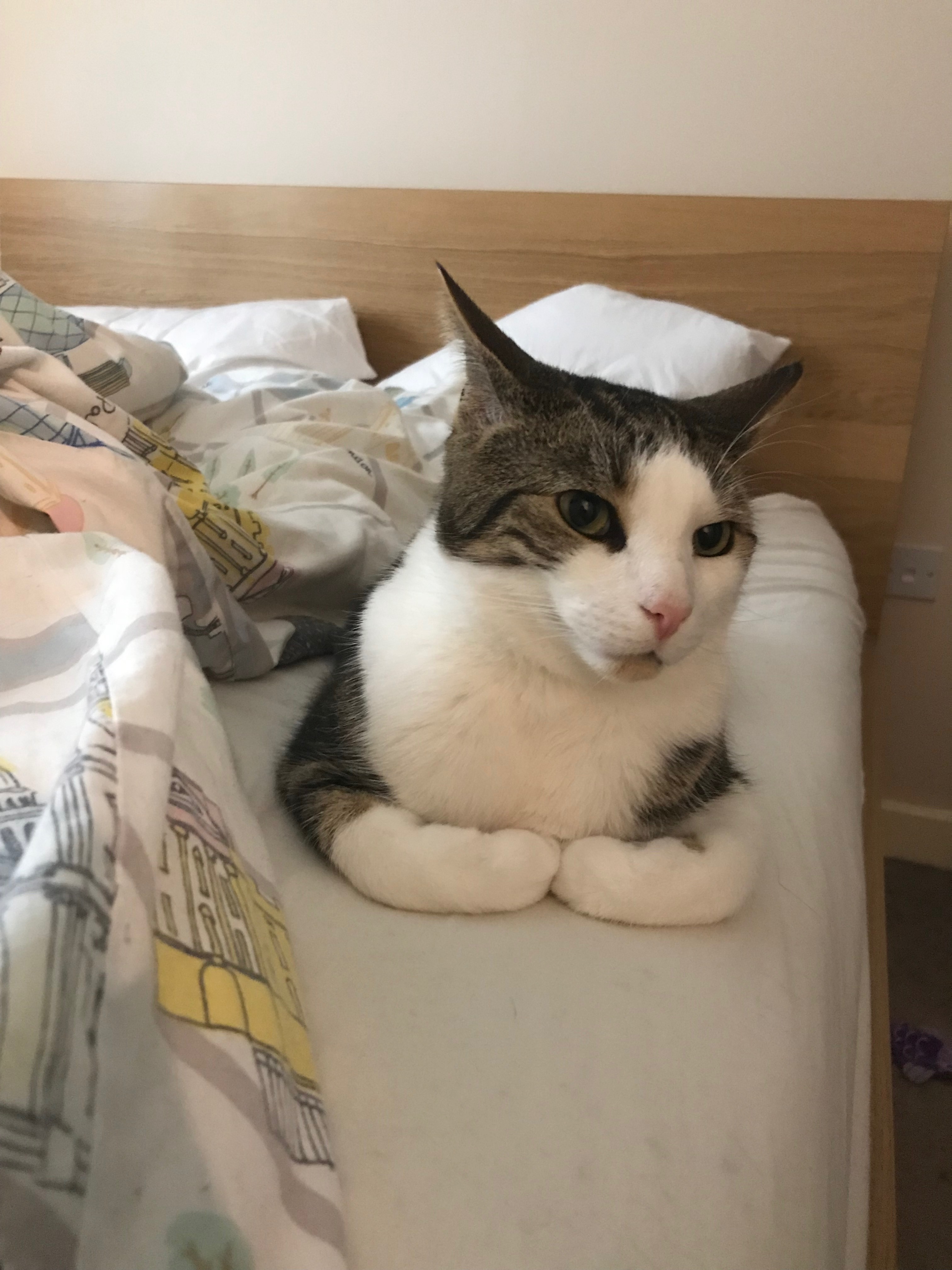 Now that the sun is out, they’ve been spending a lot more time near the patio doors as that’s the sunniest place in the house. I’ve also been trying to cut down their food as the vet recommended me doing so. They’re not overweight but Pickles is a little on the big side for his age. They just want me to monitor him to avoid him becoming overweight. He’s a greedy boy who loves his food so this has been interesting…

Anyway, stay tuned for my next post of my plans and goals for May.

How was your April? 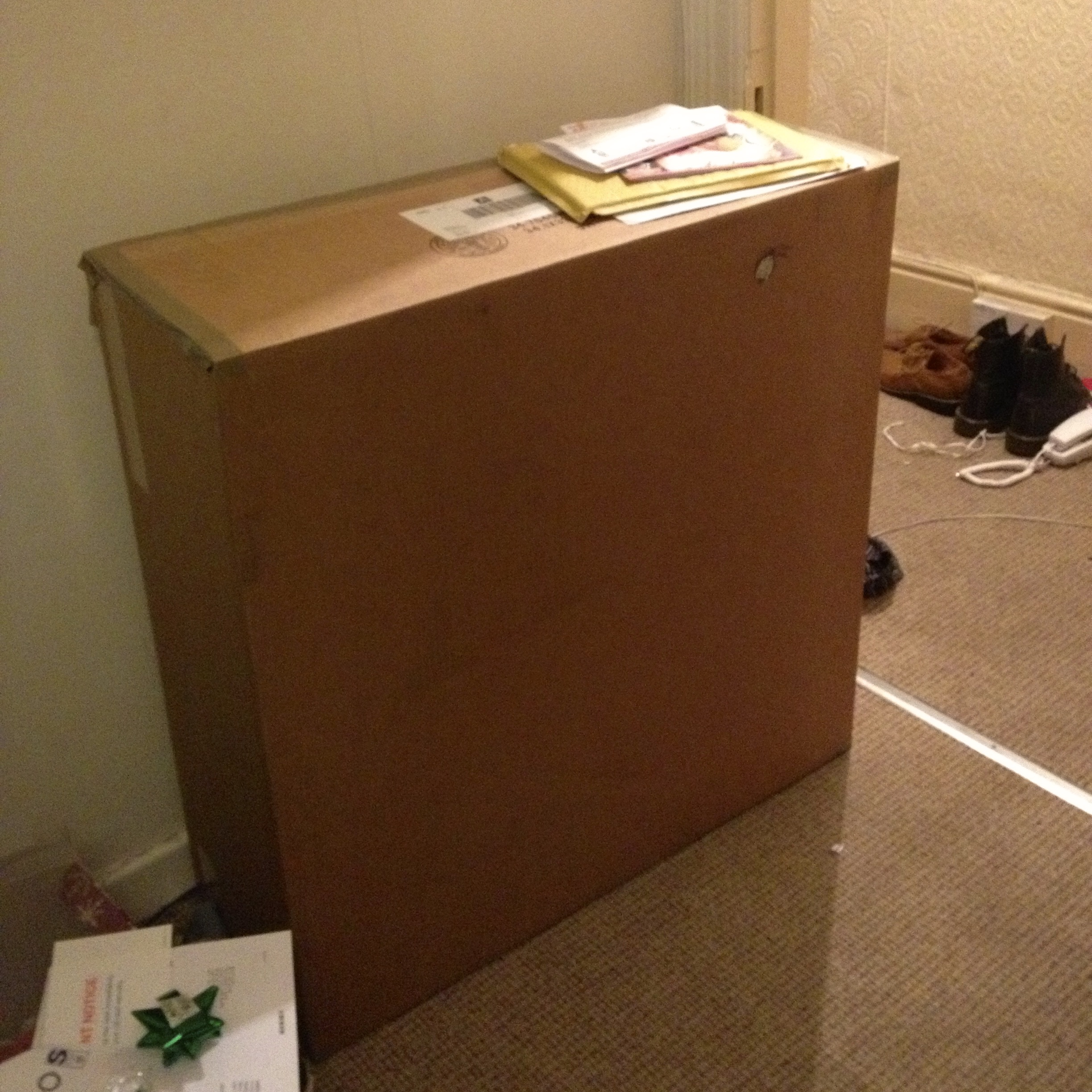 May Goals and Bullet Journal Spread