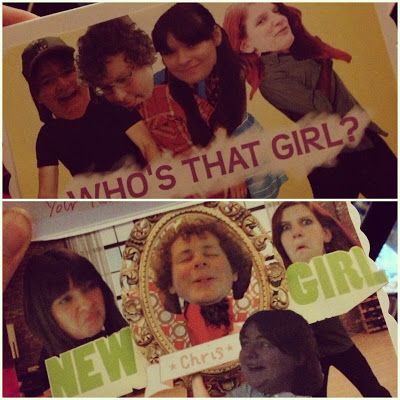 Written by Diane
0
Just a re-cap of what I’ve been up to the last three months. 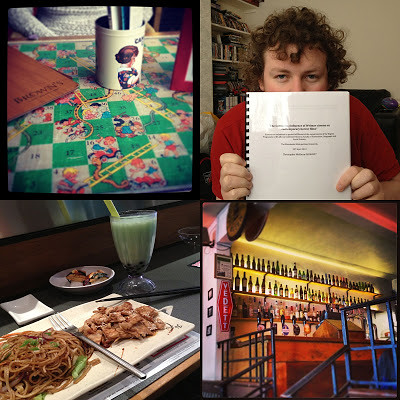 Popped home for a week to visit my parents, Celebrated with the bf on finishing his disseration & degree, discovered the awesomeness that is Wasabi, Tried a pie at Pi in Chorlton.
In May, I got to go to Florida! My mum was there to check on our house that we rent out and wanted some company. No problemo! 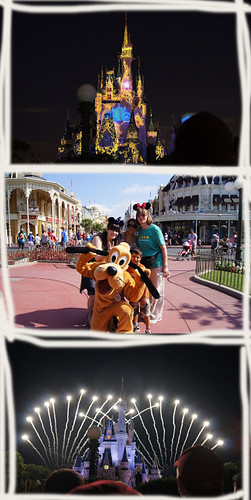 My auntie, uncle and youngest cousin recently moved to Orlando so me and my mum went with them for little Hamza’s first trip to the Magic Kingdom. 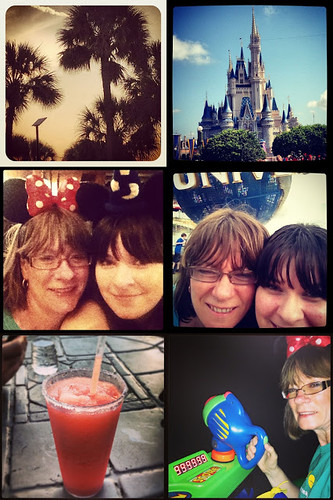 Sunset, Magic Kingdom!, my mum and I with our fancy Mickey and Minnie ears, couldn’t go to Florida without paying universal studios a visit, yummy margarita, my mum is apparently a bad ass at shooting games. We weren’t a third of the way round Buzz Lightyear before she maxed out her score pad. I don’t know who was more surprised!
We even did the special 24 hour event at Magic Kingdom on the 24th May where it was open from 6am – 6am! We knew we wouldn’t be able to handle the full 24 hours so we just went from 6pm to 6am. It was awesome seeing the park overnight and I had a blast spending time with my mum. 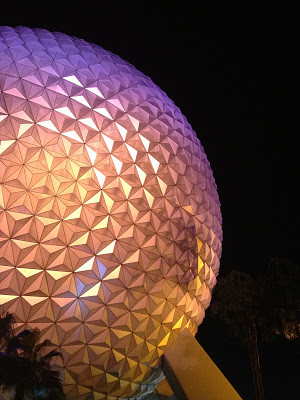 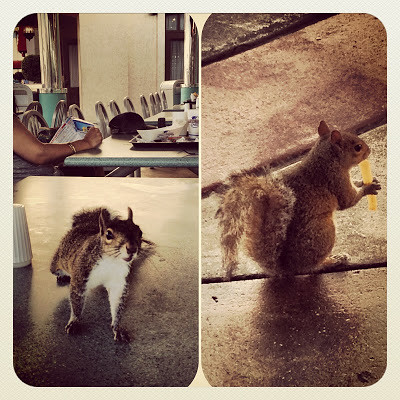 I made a new friend at Universal. Meet Melvin. He likes fries and has no concept of personal space.
To celebrate my birthday (cough*25*cough), I decided to drag some friends along to 2.8 hours later. The gist is that you run away from zombies and try not to get caught. 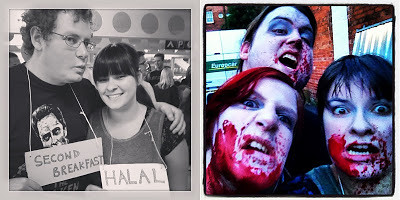 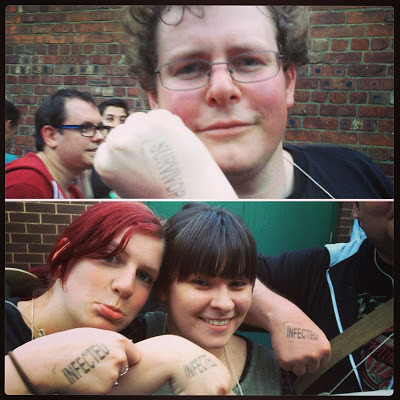 One thing I was reminded of during this was that I am so unfit! Though I am proud to say that I made it 3/4’s of the way through before being caught. The bf was the only one out of our group of 9 that survived. The rest of us got to put on zombie make-up at the end for the zombie disco. I really really enjoyed it and would definitely recommend it – they do it every year.
On my actual birthday; me, the bf and Claire made a fort in the living room and watched all 8 Harry Potter films in a row. They dumped a load of balloons on me so the fort was filled with them all day. Such children we are 🙂 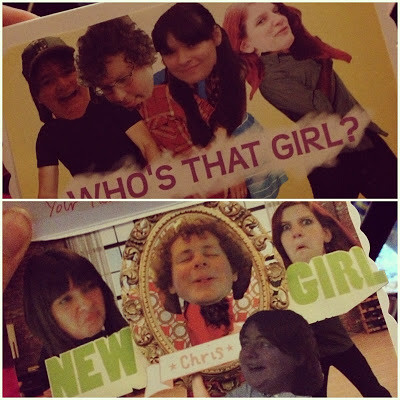 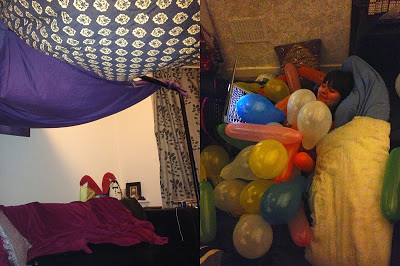 The bf made me an awesome New Girl themed card. He always sang along with the theme tune and ended with “It’s Chris!” so it was a pretty funny idea 🙂 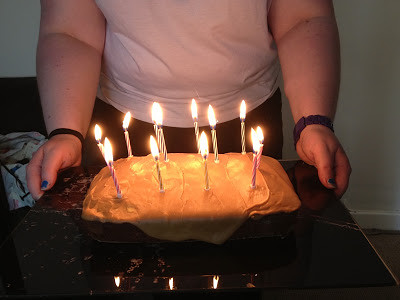 My awesome birthday cake as made by Claire.
Oh and I saw Despicable Me 2 the other day. It’s funny – go see it!
I don’t feel much different being 25 apart from the lack of direction in my life. I feel like I should be acting more grown up but oh well. I’ll figure it all out soon.
Back to job hunting amigos!
birthdaycatch updisney worldfamilyfoodfriendsharry pottertophertravelzombie 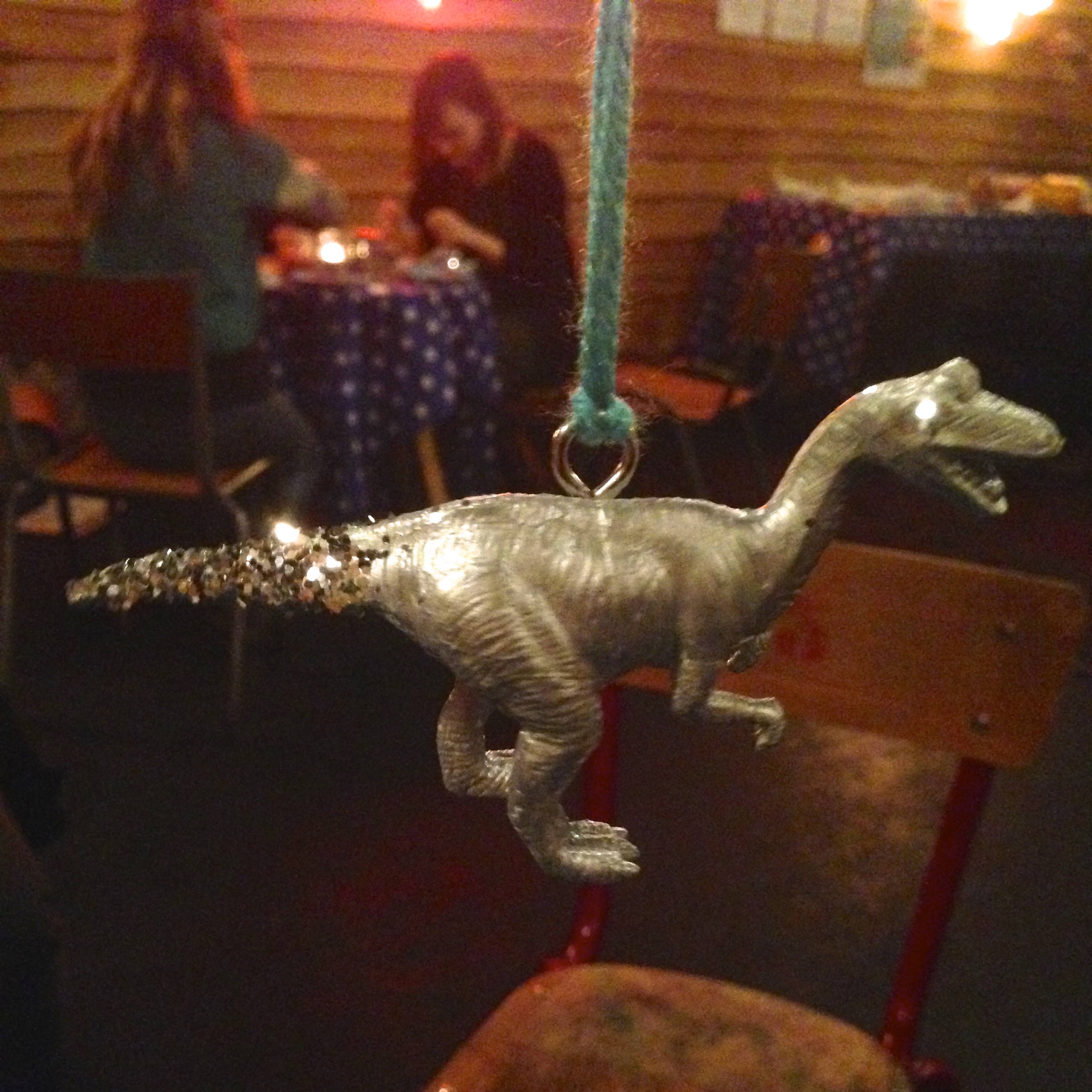 Pinned it made it event in London

The end of #The100dayproject

So I was cleaning the other day...

Friday Funny: It's the little things...