Food glorious food! Topher and I have been super lucky recently and have had the opportunity to visit Bakchich, Dough and Black Milk in Manchester. All delicious and all highly recommended. Here’s what we ate. 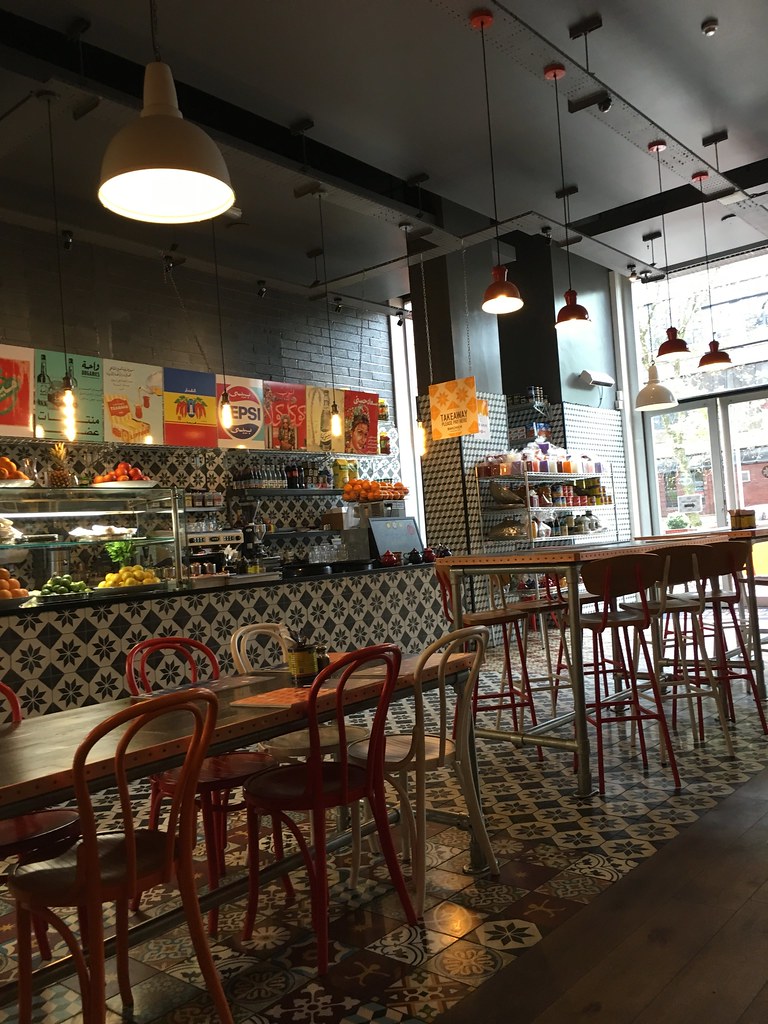 I may be biased being Arab but Middle Eastern food is in my top 5 favourite food regions. So when I heard there was a new Lebanese restaurant in town I knew I had to visit. Especially since they have Diane’s holy grail. Labaneh. I always find explaining labaneh to British people difficult as it’s kinda hard to make strained goats yoghurt sound good but believe me it is. It’s not out of this world but it’s definitely a dip I can’t live without and until now had to get my yearly quota in my 2 week trips to Jordan every year. Not anymore!

So firstly the decor is awesome. I love the bright colours and the Arabic food packaging everywhere. They were even playing Arabic pop music. Love it. 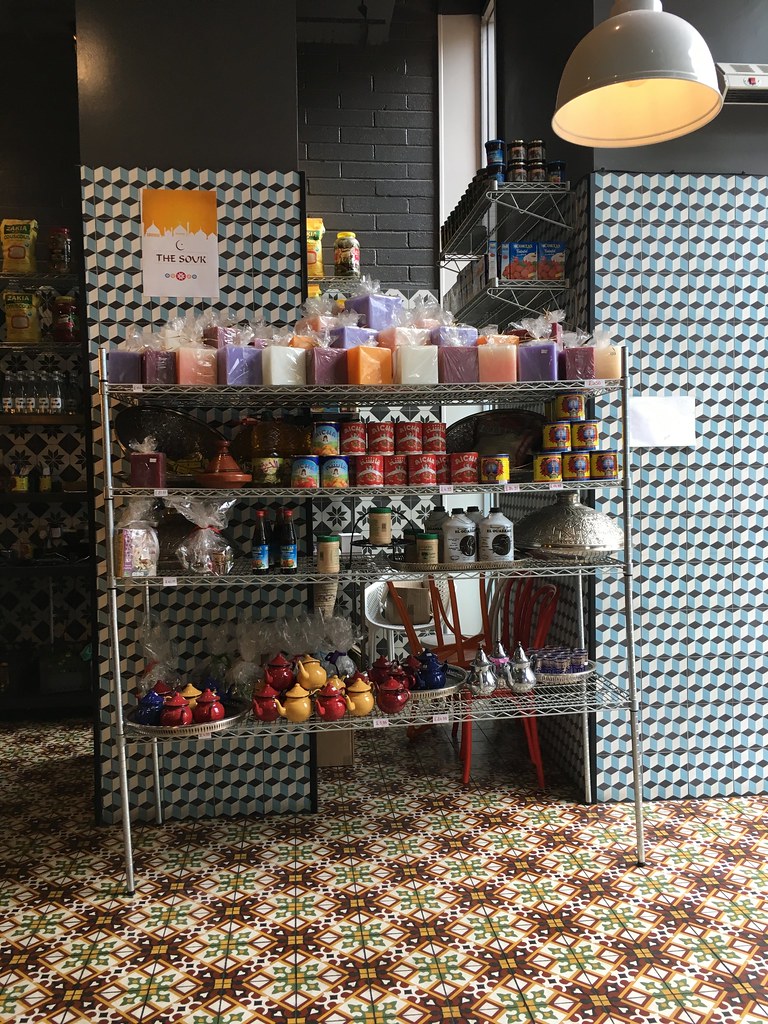 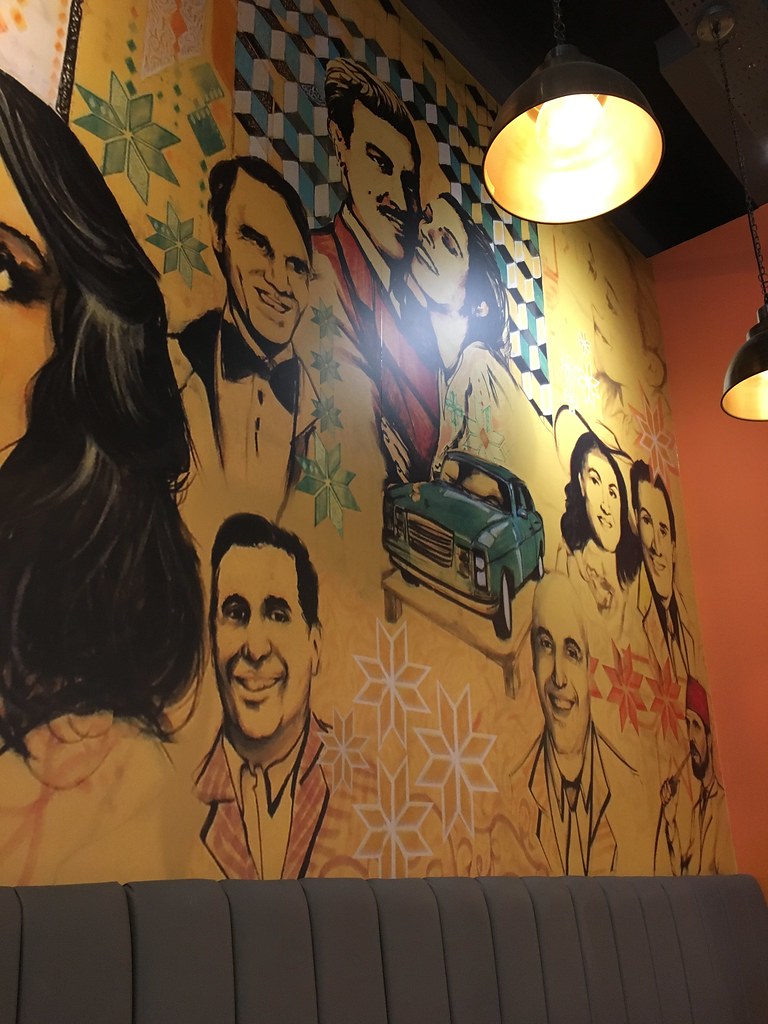 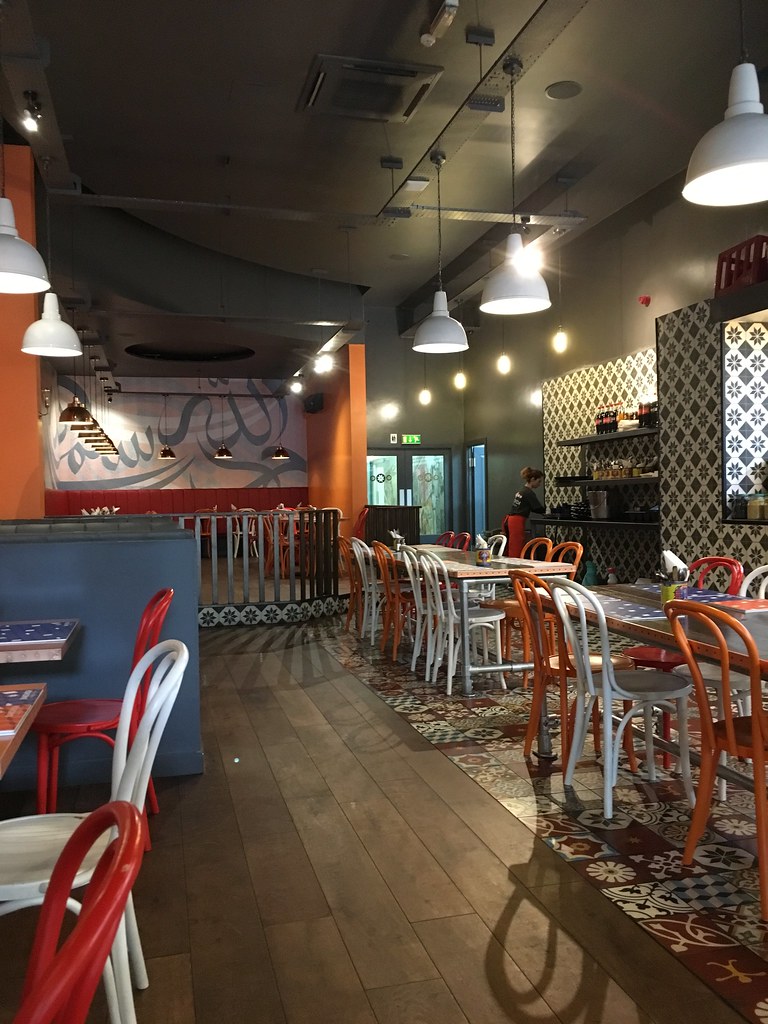 The main feature was definitely the tiles! An Instagrammer’s dream. 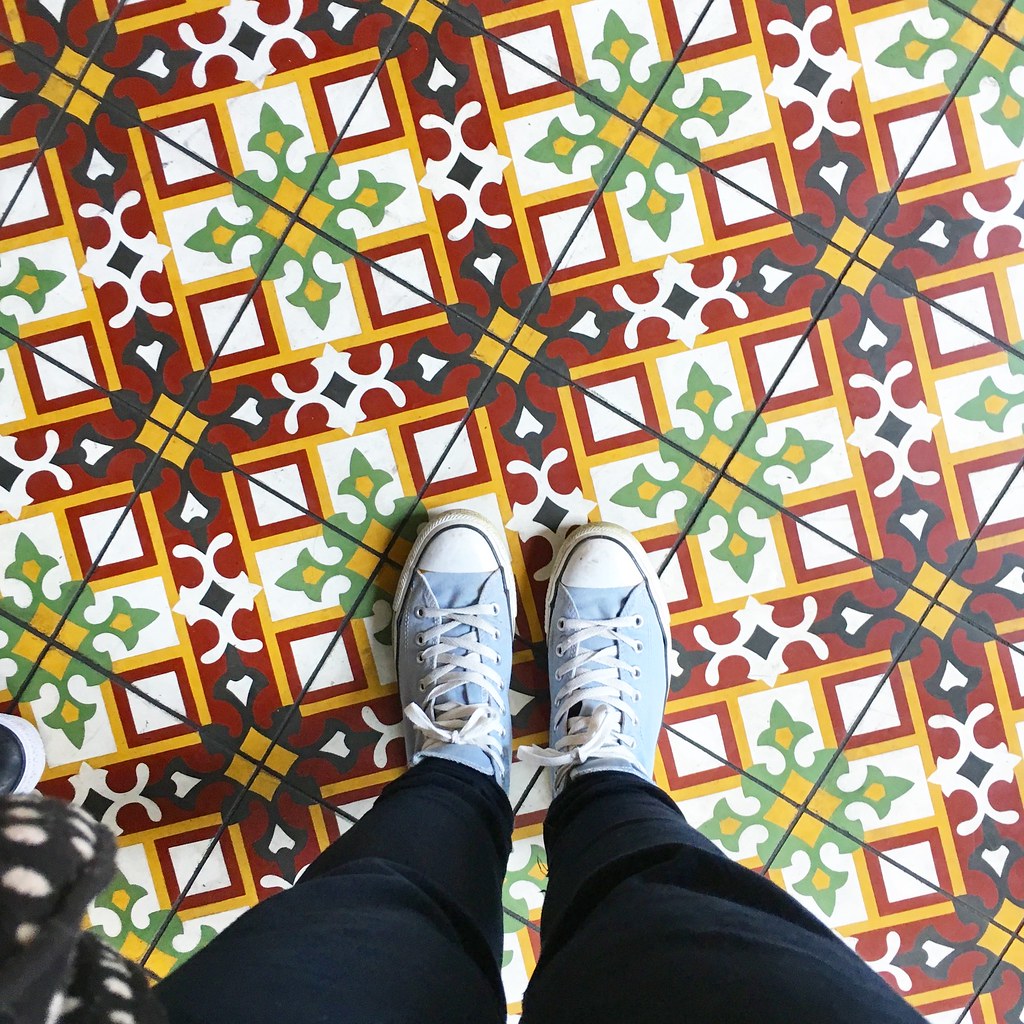 So onto the food. We opted for Limon Nana drinks (Lemonade with lime and mint) and a bit of mezze followed by shawarma wraps (chicken for him, lamb for me). The mezze consisted of labaneh (of course!), falafel, halloumi and salad with plenty of arabic bread. First of all the labaneh tasted EXACTLY the same as it does in Jordan. So happy! The falafel was green on the inside as it should be and the halloumi was to die for. 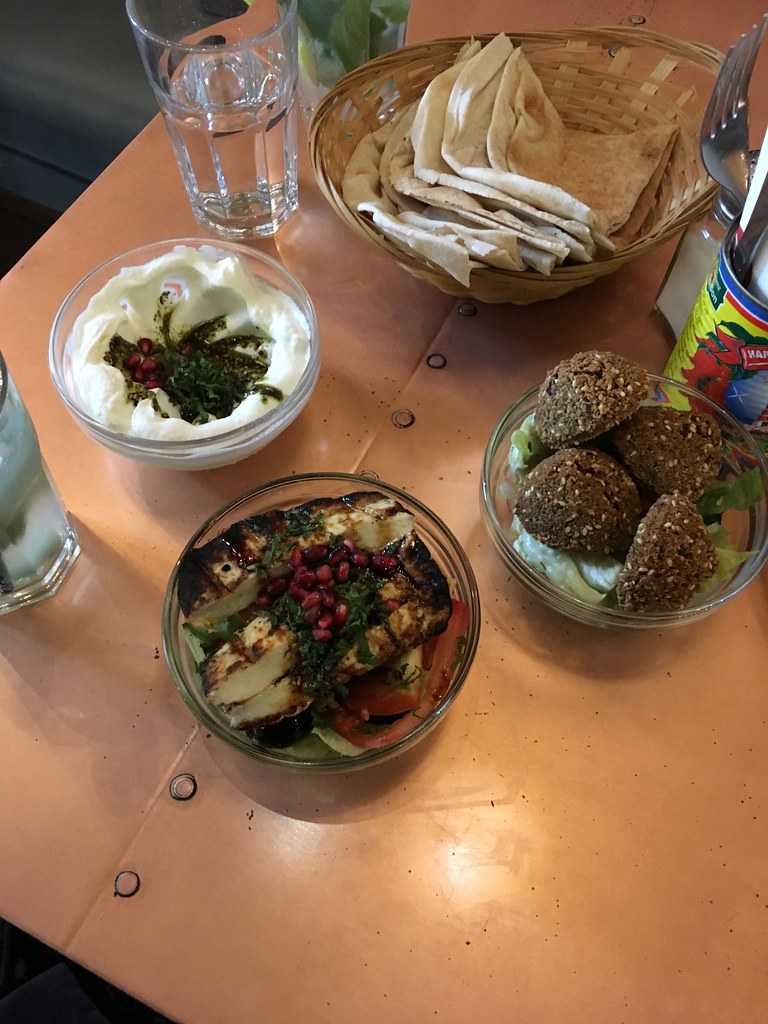 I have to remember though how much I get filled up with mezze so when it came to the shawarma wrap I was so full I had to take it to go. When I did eventually eat it later that day it was delicious. We’ve already been back since and it won’t be the last time. 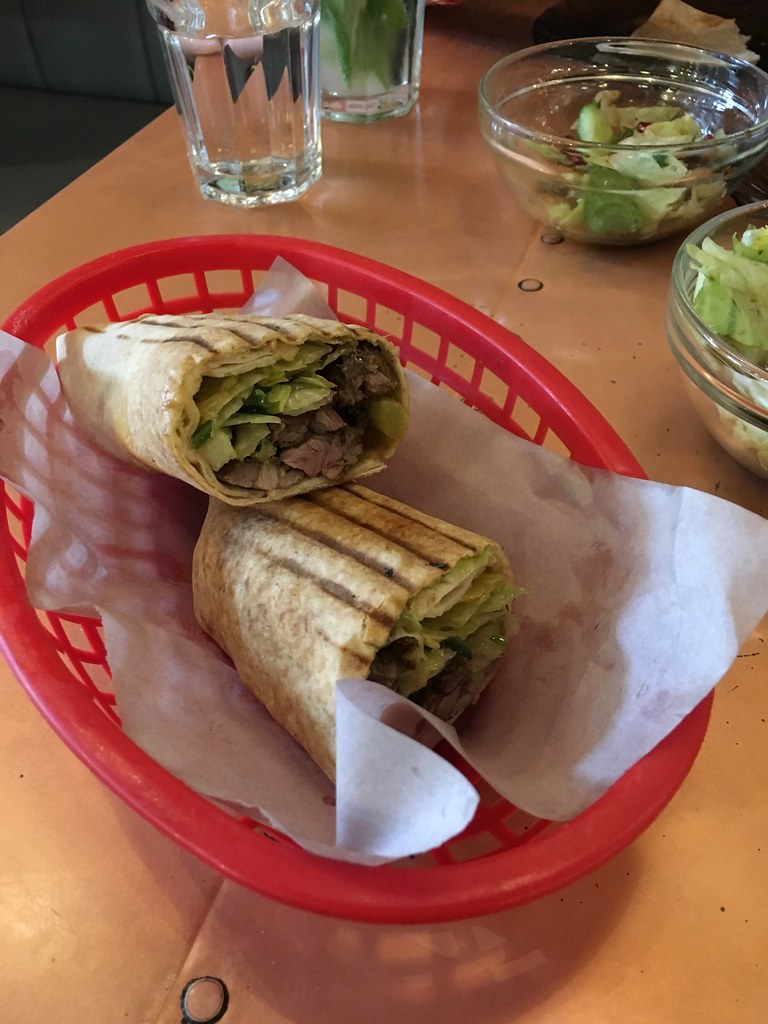 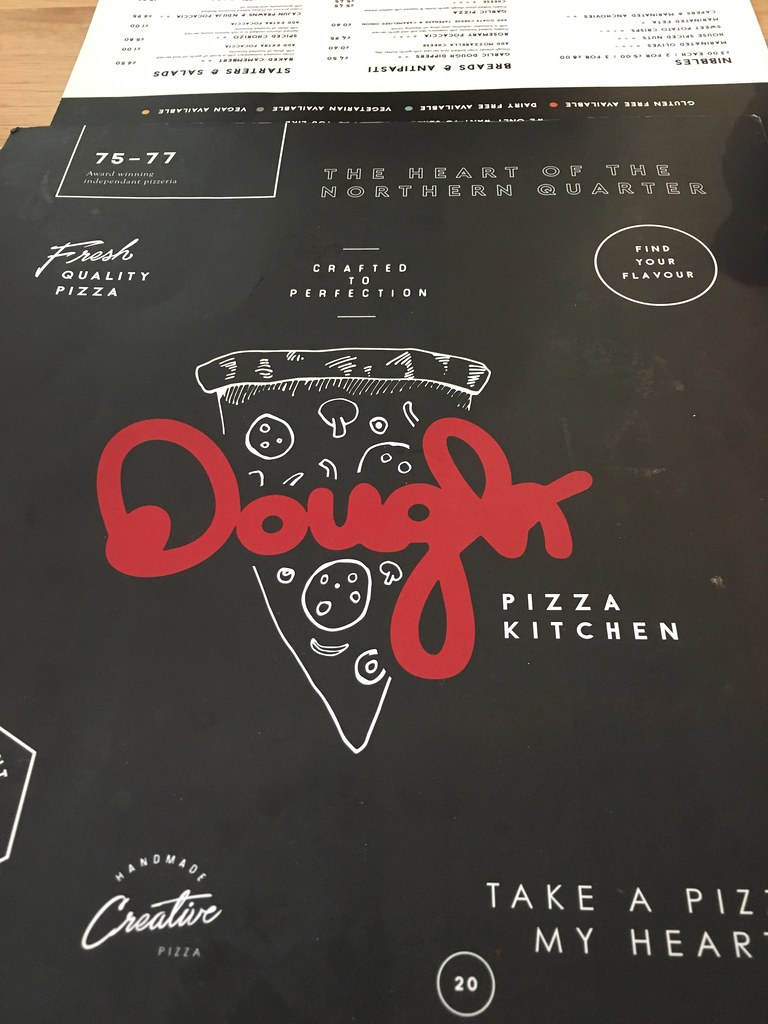 I’ve only been to Dough once and it was over five years ago so that had to be rectified. I still dream about the lamb and mango pizza I had. Topher and I walk past there all the time and keep saying we should go sometime. So the other weekend we finally went with Claire and Steve before heading to Lucardo.

I love unusual pizza toppings so when I saw they had a falafel pizza, I was intrigued. It definitely lived up to my dreams.  All of the noms. 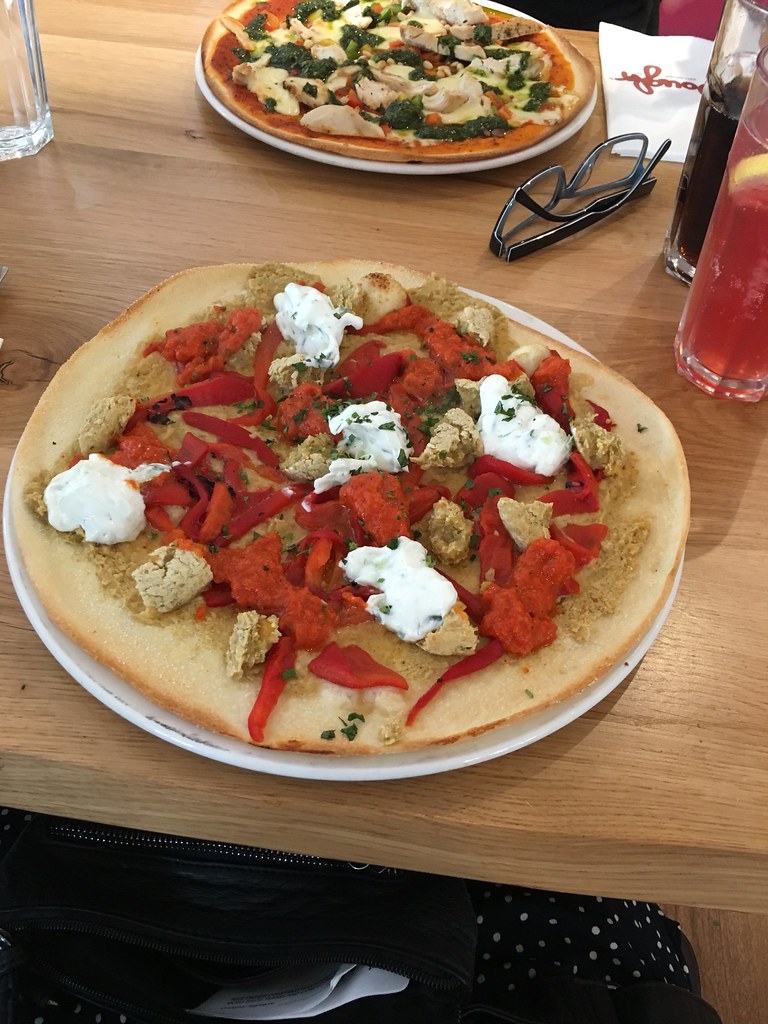 Topher had the chicken and pesto pizza which I had a taste of and it was very nice. Not as nice as my falafel pizza but still very nice. Topher enjoyed it and it was gone quickly! 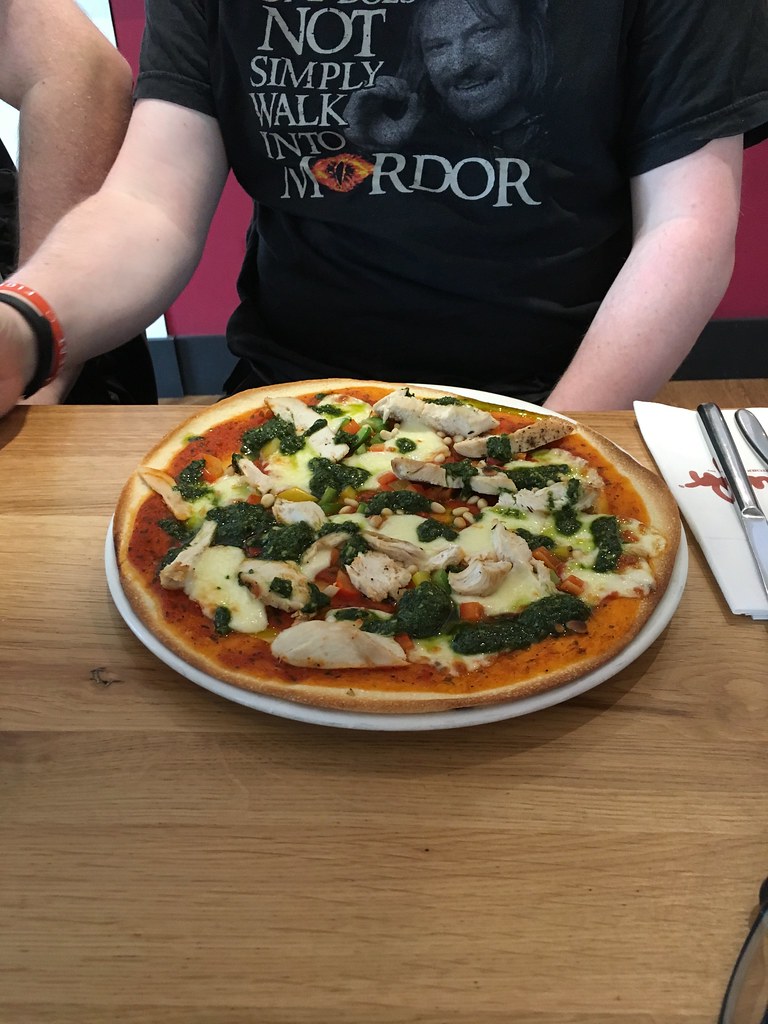 Claire had the red pepper and pesto linguine which she said was tasty but kinda wished there was more of it. Steve had a pepperoni pizza. I’ll leave it up to your imagination what that looked like. 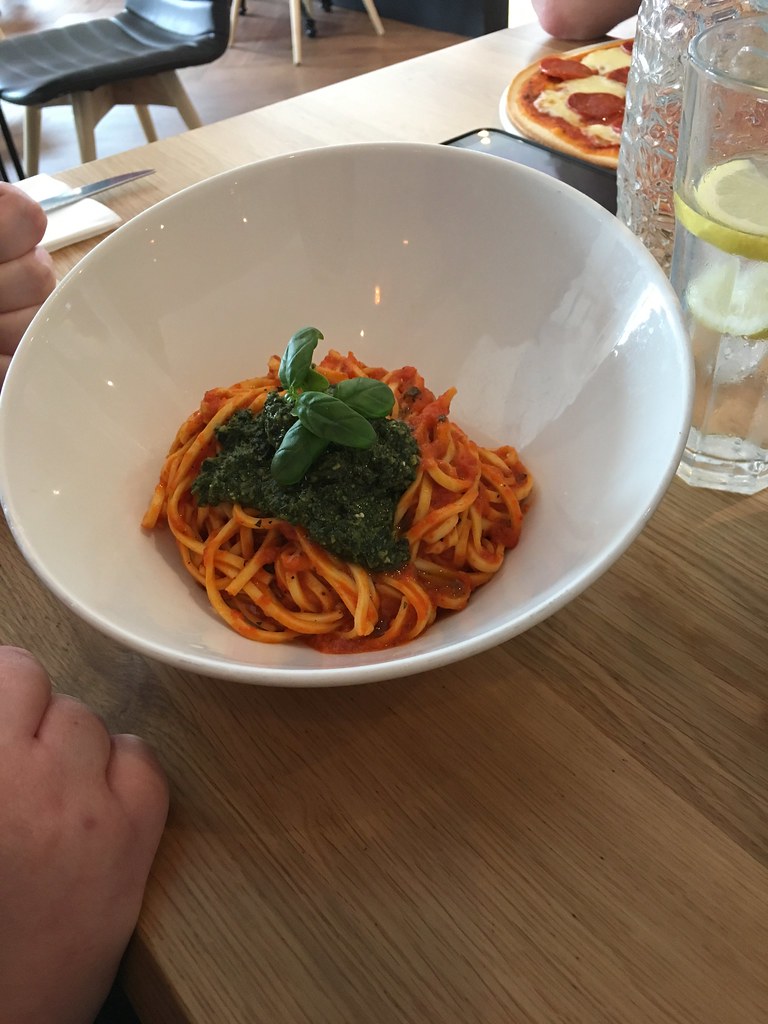 Dessert was difficult to choose (too many noms!) but Topher and I settled on sharing a cookies and ice cream type dessert, Steve had the same and Claire had a sundae of some kind. I can’t remember the names and the dessert menu is not on the website so sorry about that. 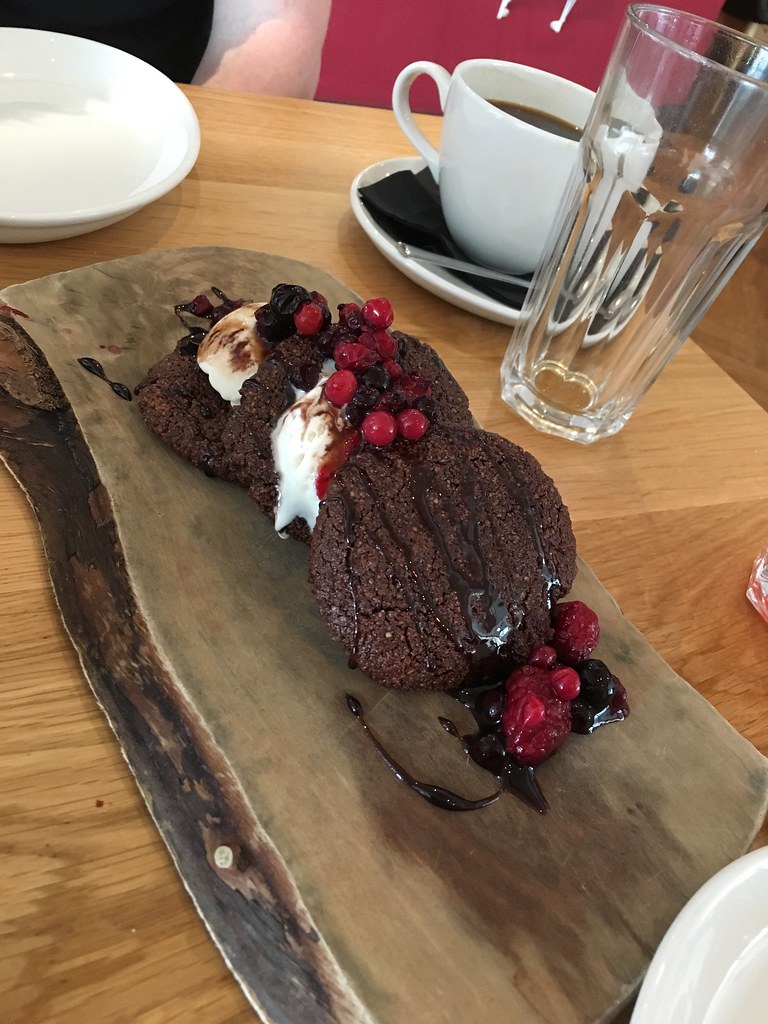 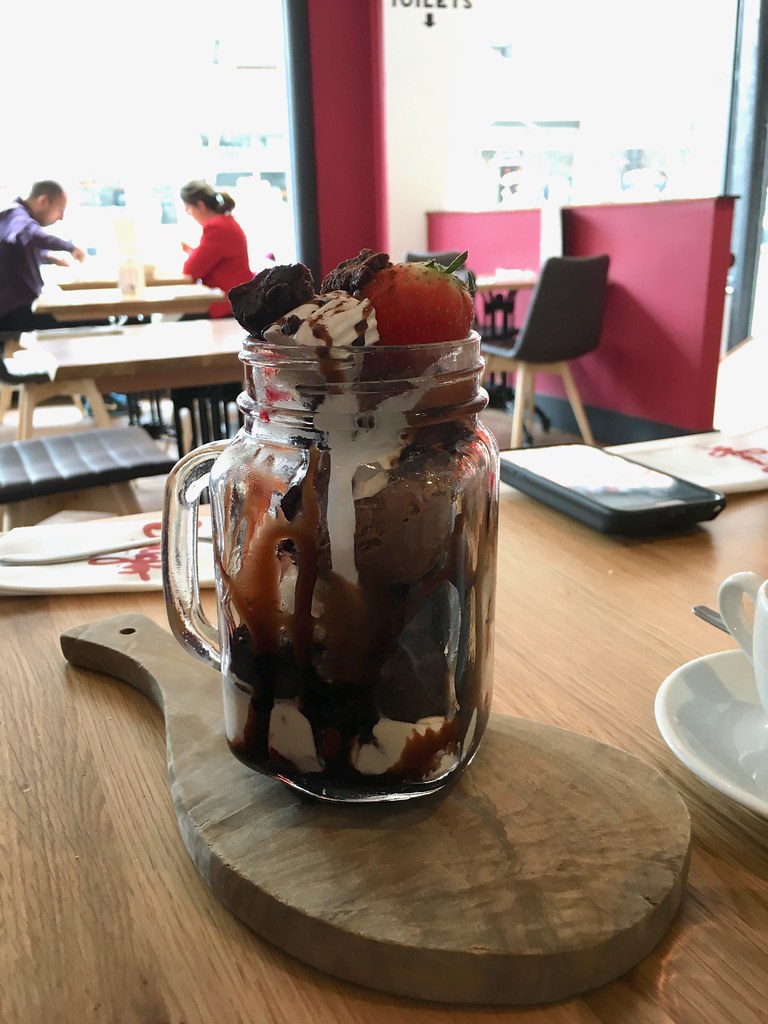 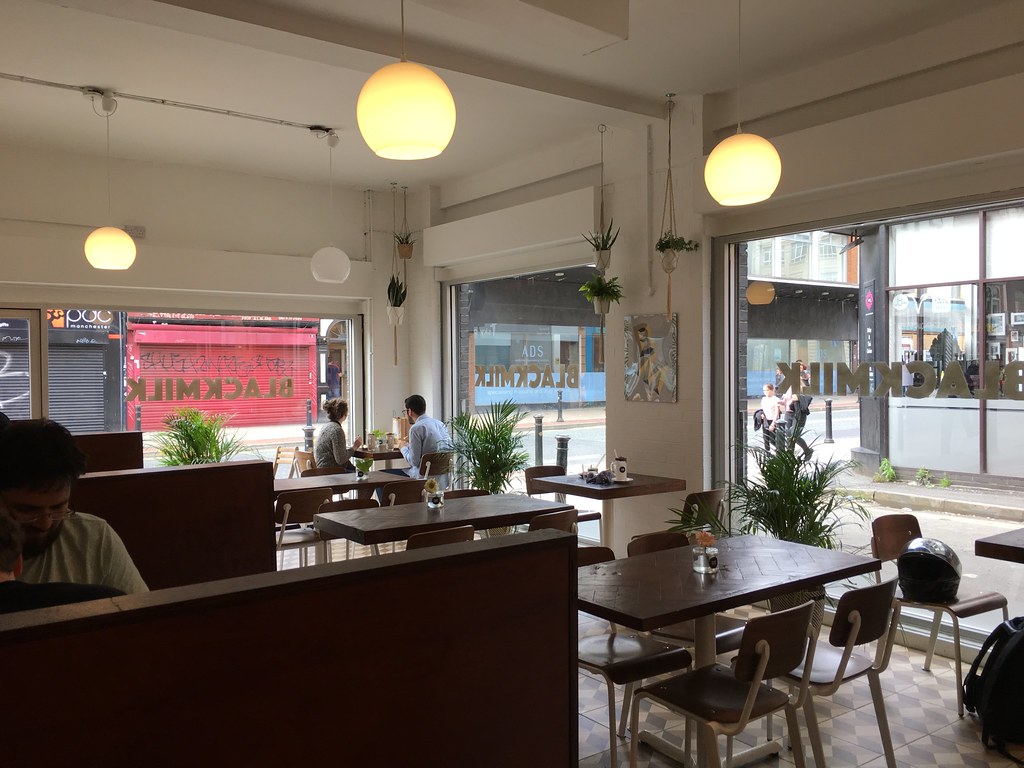 After finishing Lucardo and stumbling across Black Milk on Oldham street, we decided to drop in and have what turned out to be a super sweet snack. I’ve seen Black Milk in Affleck’s but didn’t know they had a branch on Oldham Street. 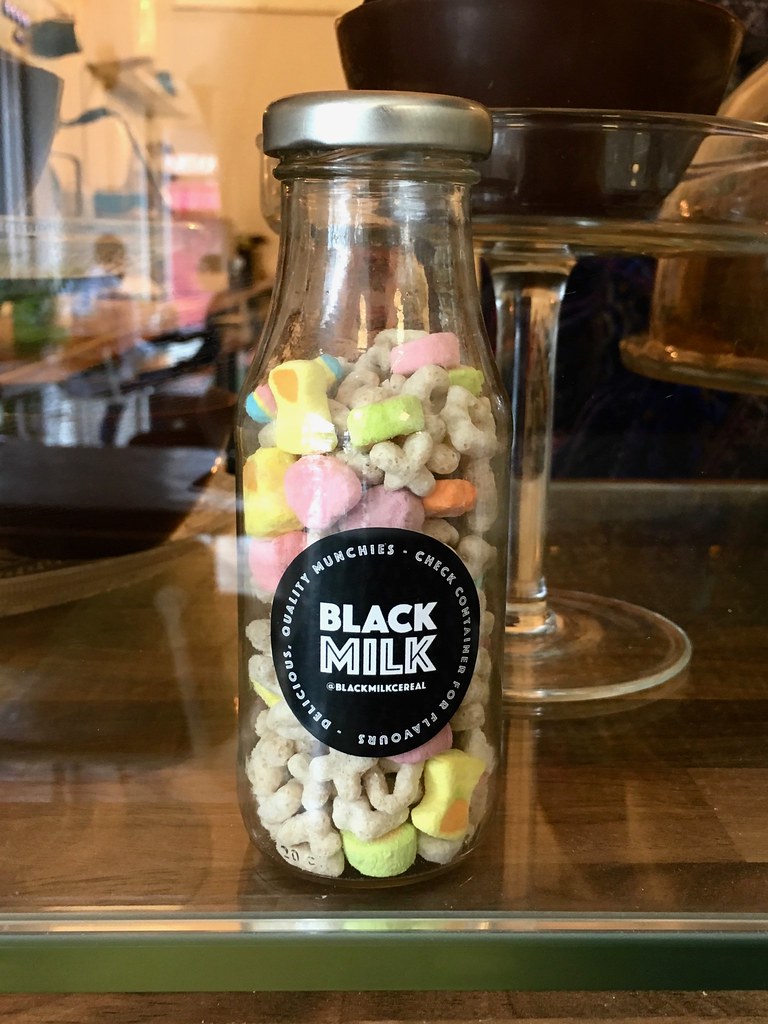 The boys went all out and got freakshakes while Claire and I chose the more sensible option of just a shake for me and a frozen latte for her. I know my limits. For me personally, freakshakes are for photos only – they’re too much for me to finish.

Topher’s was called the Marshmallow Rodeo: 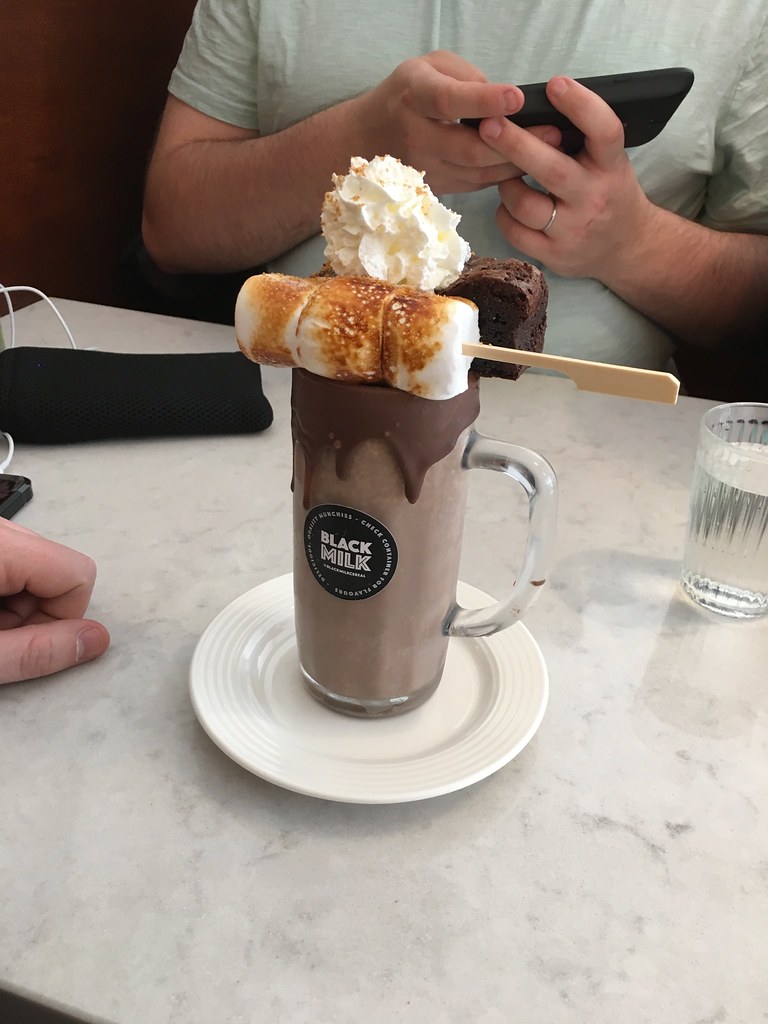 And Steve had the Triple Oreo Cheesecake: 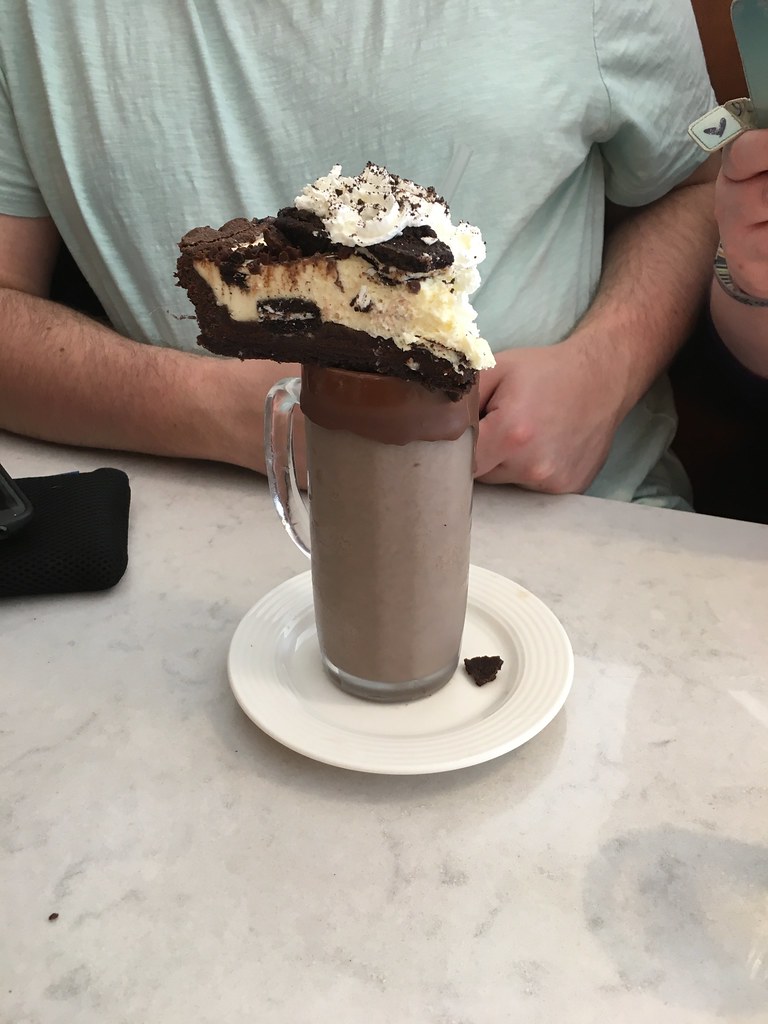 This was my Biscoff & Salted Caramel shake. It was delicious! I couldn’t finish the whole thing but I would definitely be back for another attempt. 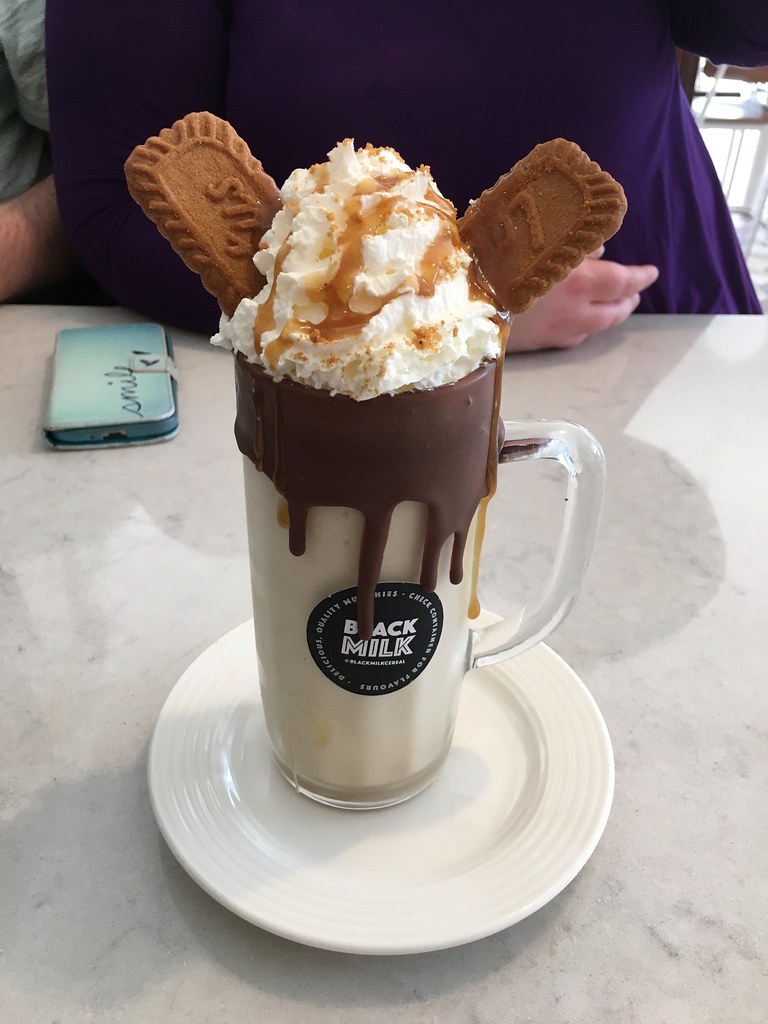 And now I’m hungry. How about you?

Jordan Roundup: What I ate