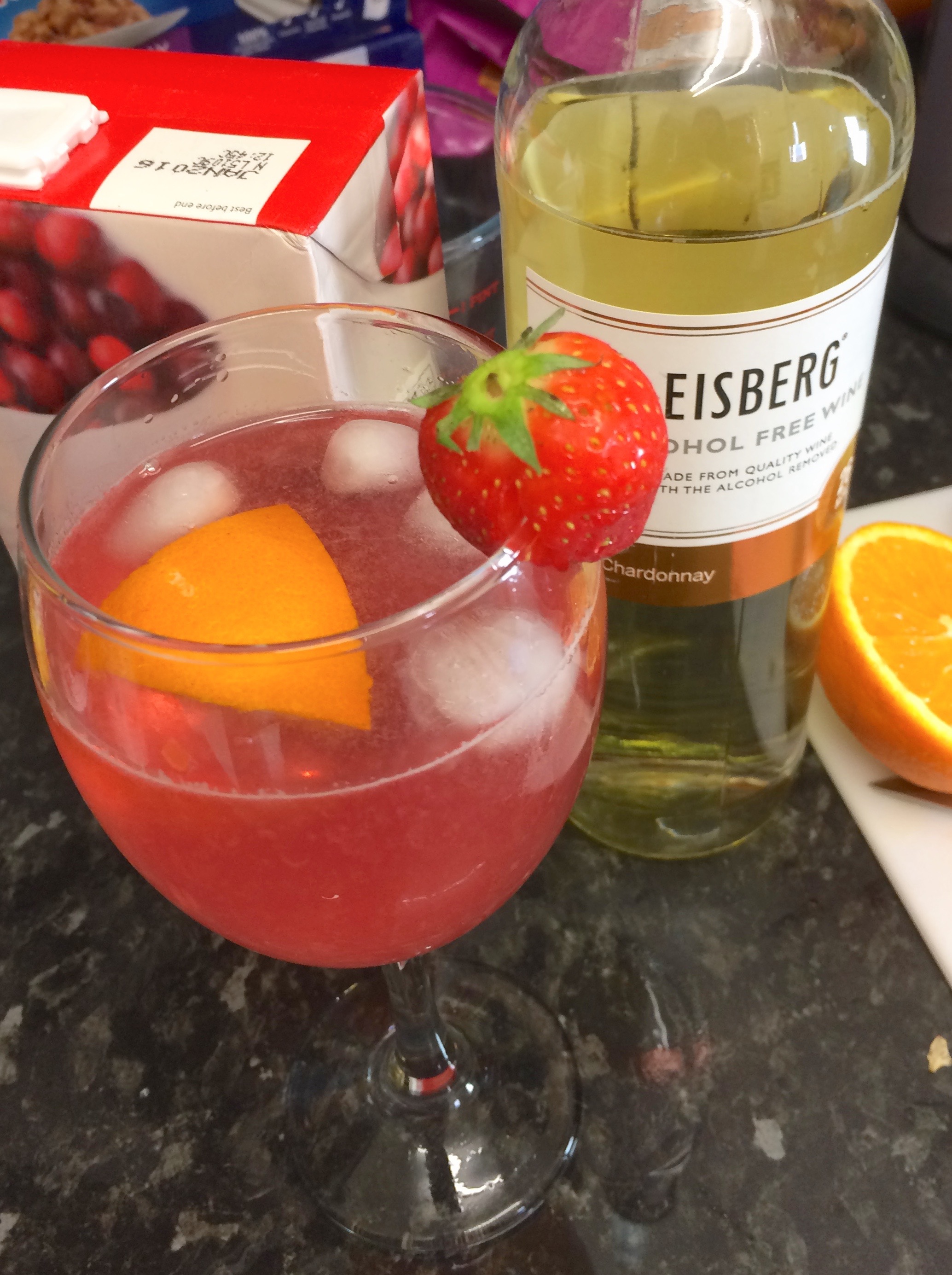 Someone really needs to tell the sun it’s National BBQ week. It doesn’t appear to have got the memo…

Either way, being British we will do what we always do. Prepare for a barbecue,  then end up cooking everything on the grill and in the oven. Inside. It doesn’t bother me either way, I still end up with delicious food!

I was lucky enough to be sent some Jack Daniels Tennessee Honey BBQ glaze and also some Eisberg non alcoholic wine to try out so they were the ideal additions to my barbecue  We had some friends over this weekend to watch Eurovision so decided to have a barbecue on the Sunday. 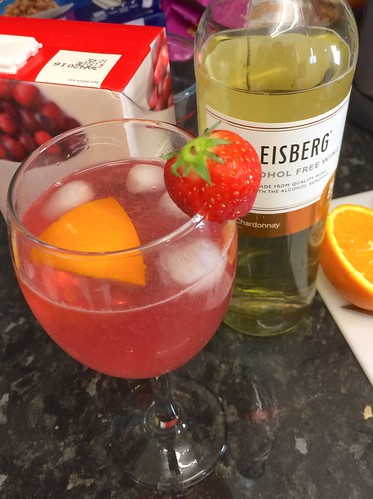 Slightly hungover but still in the mood for a tasty drink, the Eisberg Chardonnay was a god send. We made it into a refreshing mocktail.
Ingredients:
1OOml Eisberg
Alcohol-Free Chardonnay

To Garnish:
Strawberry
Orange Slice
Method:
Add 100ml of alcohol-free
Chardonnay to an ice-filled wine glass.
Add the juice of ½ a
lemon, 1 tsp of vanilla sugar and a splash of cranberry juice.
Garnish with a strawberry
and a slice of orange 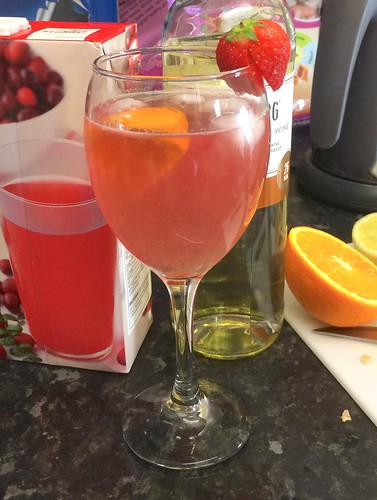 As well as making the usual burgers and hot dogs etc, we decided to use the Jack Daniels glaze on some chicken wings. I’ve been converted to chicken wings the last couple of weeks and Topher loves them so I slightly adapted this recipe I found on their website. 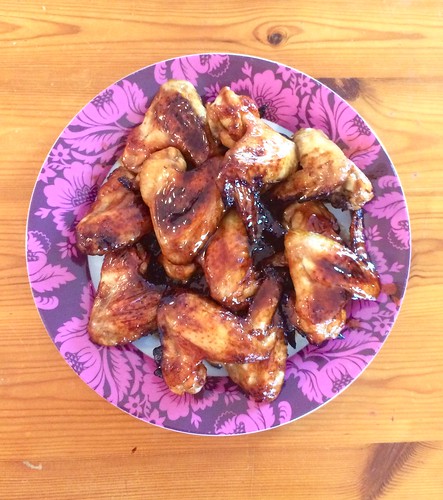 They’re super easy to make and after you’ve made the marinade and sat the wings in them for a couple of hours, you just have to stick them in the oven. Simple and so tasty. Topher especially made some interesting noises while eating them so it’s a thumbs up from him! 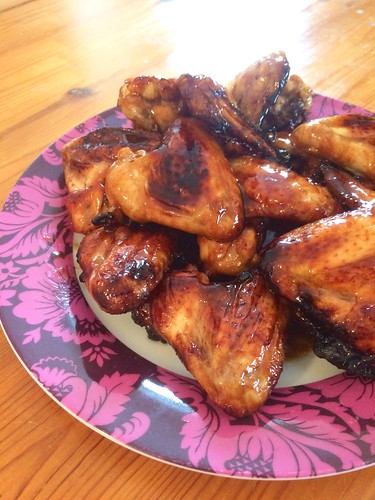 You can get Jack Daniels barbecue sauce from most major retailers including Tesco & Nisa.

Also, we still had a couple of the cocktails from the previous Eurovision evening to finish off. We made Sangria for Spain/Portugal & White Russian’s for Russia. 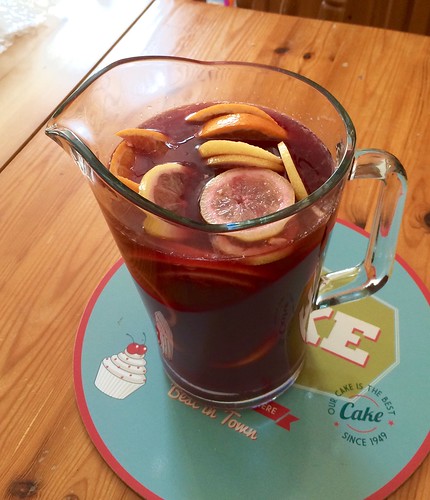 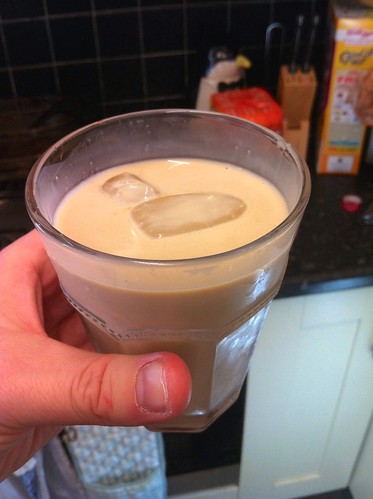 And I was so pleased with the bunting I had made that I kept it up for the barbecue and only took it down when Pickles started to eat the French flag…and the Swedish flag. Kittens will be kittens right? 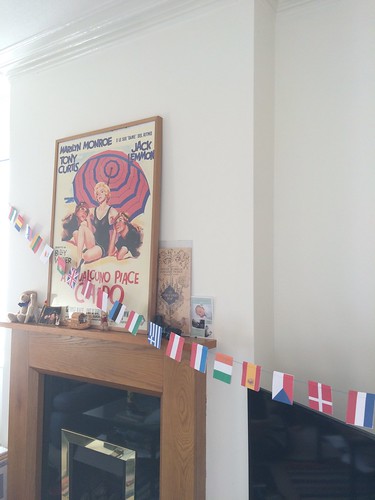 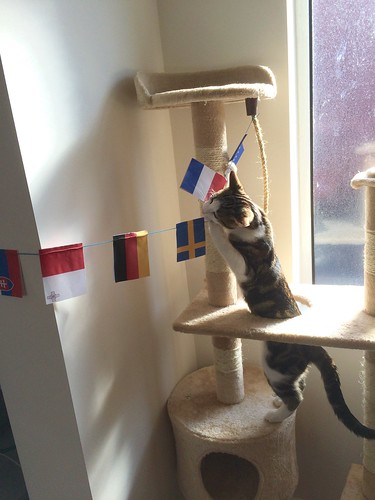 I really enjoyed making cocktails and barbecue recipes so fingers crossed we get good weather this summer as I would love to have more parties and actually use our barbecue and courtyard. Fingers crossed!

What are your favourite additions to a barbecue?