I joined the library last week! A few weeks ago I wrote about how I don’t read a lot anymore and wanted to get back into the habit. I finally joined but haven’t checked anything out just yet. Mainly because I want to finish the books I have lying around first. These reviews are the last of them. The next book reviews (as I hope to make this more of a regular feature) will be books I’ve gotten from the library. 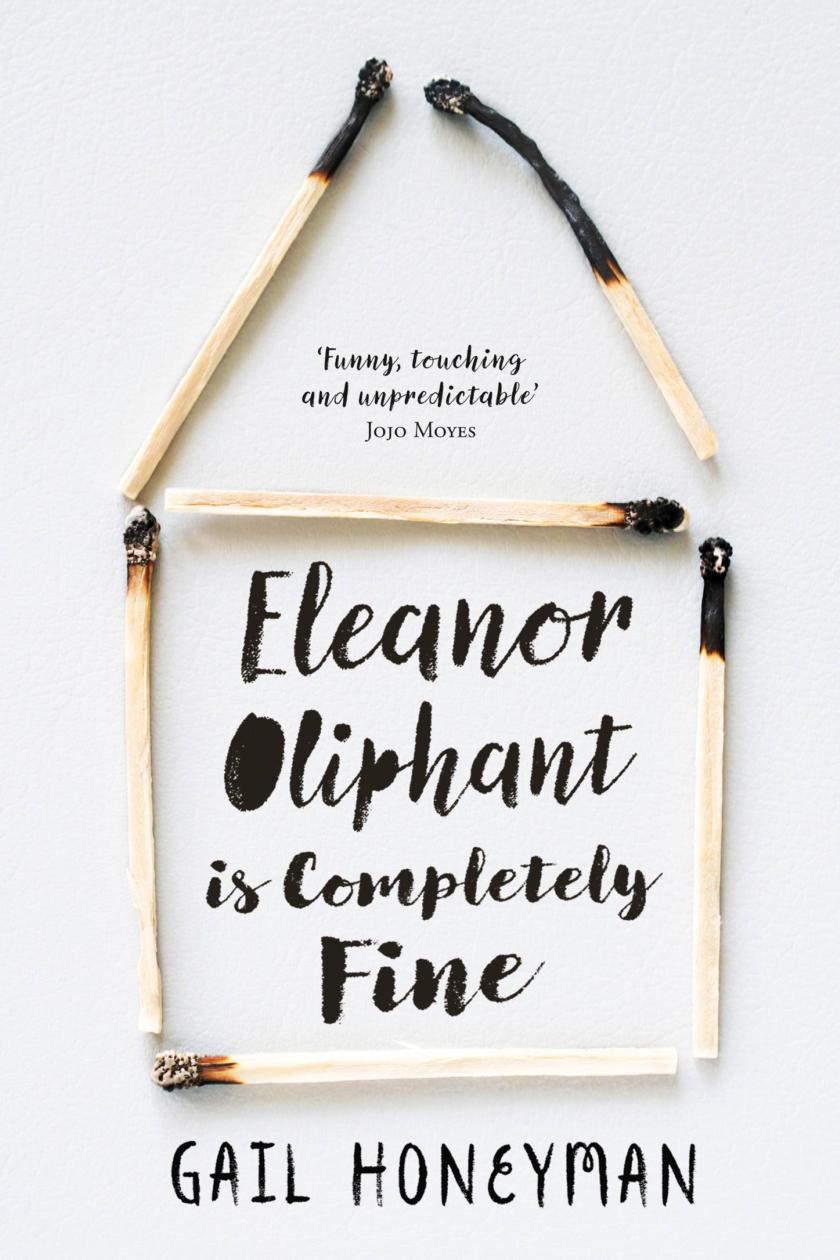 “Eleanor Oliphant leads a simple life. She wears the same clothes to work every day, eats the same meal deal for lunch every day and buys the same two bottles of vodka to drink every weekend.

Eleanor Oliphant is happy. Nothing is missing from her carefully timetabled life. Except, sometimes, everything.

One simple act of kindness is about to shatter the walls Eleanor has built around herself. Now she must learn how to navigate the world that everyone else seems to take for granted – while searching for the courage to face the dark corners she’s avoided all her life.”

You may have seen this book a lot on social media, particularly on Instagram but it’s definitely worth the hype. Though Eleanor is definitely an oddball, I found myself intrigued and invested in her story. There are even certain things I can relate to.

This book kept me interested right until the end and there was a twist that I wasn’t expecting too which was a nice surprise. I loved the characters and found myself laughing and crying at different points. Definitely recommended.

How to Stop Time* 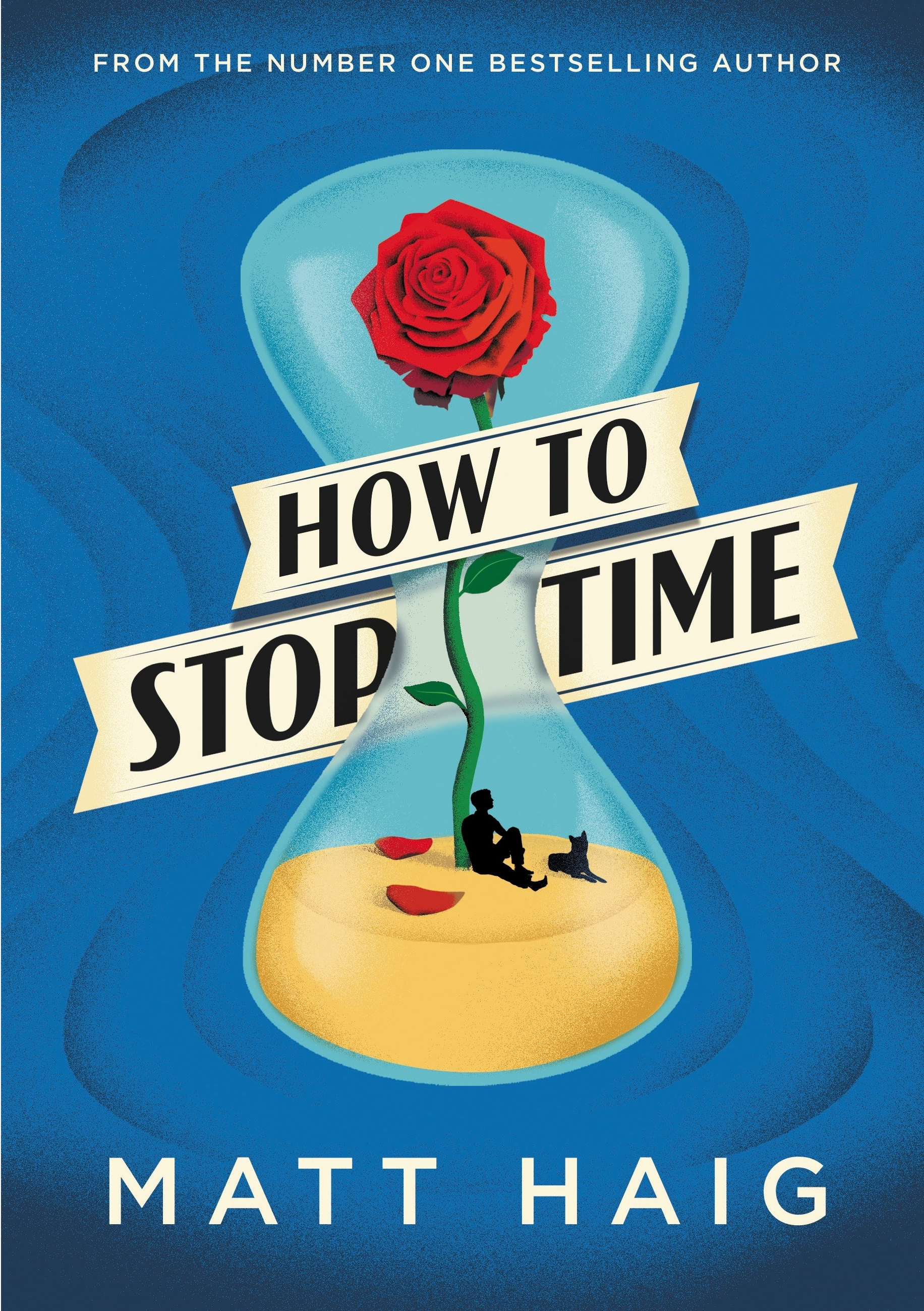 “Tom Hazard has a dangerous secret. He may look like an ordinary 41-year-old history teacher, but he’s been alive for centuries. From Elizabethan England to Jazz-Age Paris, from New York to the South Seas, Tom has seen it all. As long as he keeps changing his identity he can keep one step ahead of his past – and stay alive. The only thing he must not do is fall in love…”

I was really interested in the premise of this book. I know some people found the time jumps back and forth a tad confusing but I was completely fine with it. I did enjoy it but my one criticism is that it felt very rushed towards the end.

The book is on the thin side anyway but knowing what the goal of the protagonist was, I found that I was getting dangerously close to the end without anything happening. So when it did, it was very quick and felt a bit anti-climatic. 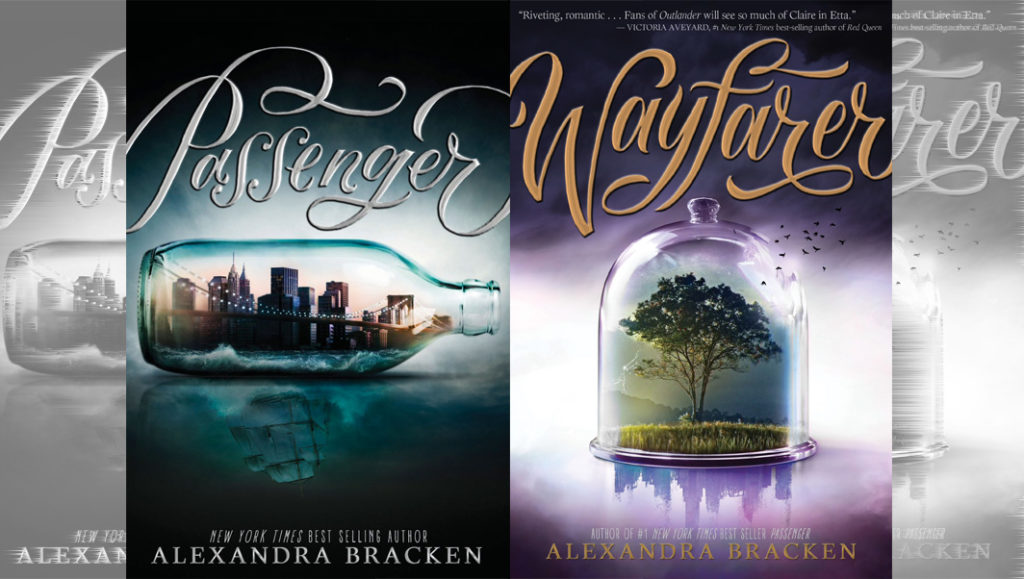 In one night, Etta Spencer is wrenched from everything she knows and loves. Thrown into an unfamiliar world, she can be certain of only one thing: she has travelled not just miles, but years from home.

Captain Nicholas Carter is tasked with delivering Etta to the dangerous Ironwood family. They are searching for something – a stolen object they believe only she can reclaim. But Nicholas is drawn to his mysterious passenger, and the closer he gets to her, the further he is from freedom.

The Edges of the World

Together, Etta and Nicholas embark on a perilous journey across centuries and continents, piecing together clues left behind by a desperate thief. But as Etta plays deeper into the Ironwoods’ game, treacherous forces threaten to separate her not only from Nicholas, but from her path home – for ever.”

Even though I last read Passenger when it came out a couple of years ago, I still wanted to review these books together as they are the same story. It’s another series that jumps back and forth through time; only this is actually about time travel. It’s been a while since I found myself pulled into a fantasy story and this one didn’t disappoint.

I was really invested in the characters and the adventure they go on together – I enjoyed both books. And as far as I can see that’s the end of the story. I was getting a little worried that Wayfarer would end on a cliffhanger like Passenger did but luckily it didn’t. There are so many fantasy trilogies out there that it was refreshing to come across a two book series.

The only reason why I only gave them 4 stars is that it did get a bit too complicated at times. There are a lot of rules to this universe, a lot of characters and a lot of different time periods. Though this was mainly found in the second book. Since I got them on their publish days which were around a year apart, I forgot who half of the secondary characters and had to look online (without spoiling myself). Thanks so much to the person who made a handy infographic! 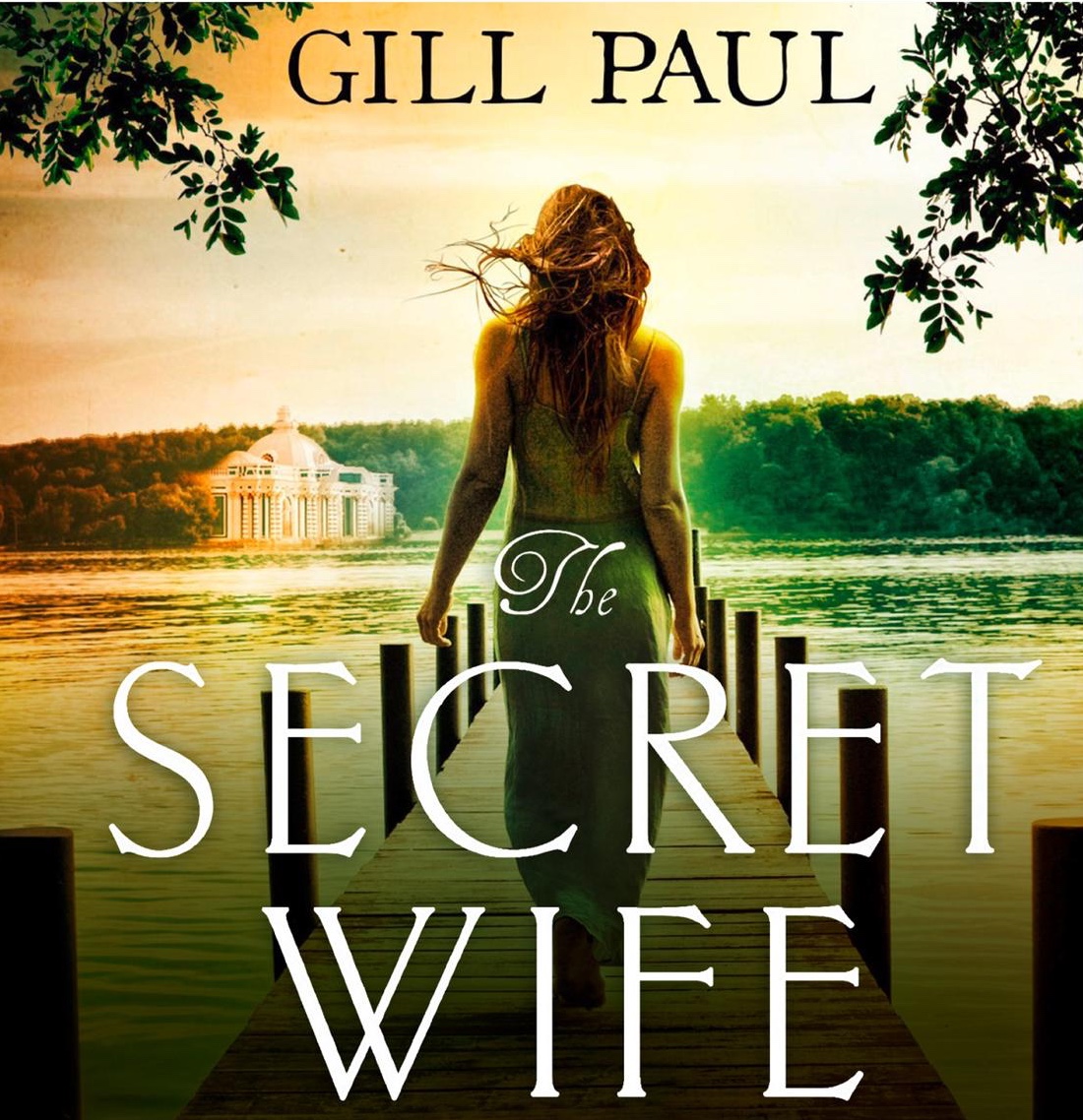 Russia is on the brink of collapse, and the Romanov family faces a terrifyingly uncertain future. Grand Duchess Tatiana has fallen in love with cavalry officer Dmitri, but events take a catastrophic turn, placing their romance – and their lives – in danger…

Kitty Fisher escapes to her great-grandfather’s remote cabin in America, after a devastating revelation makes her flee London. There, on the shores of Lake Akanabee, she discovers the spectacular jewelled pendant that will lead her to a long-buried family secret…”

It’s another story with multiple timelines – sensing a theme here? This was a book my mum lent to me and I wasn’t expecting much from it. However I was pleasantly surprised with how quickly I got into it.

Everyone knows historically the Romanov’s were all murdered in 1918. And that there was a conspiracy that Grand Duchess Anastasia survived until it was finally disproved around 90 years later. Grand Duchess Tatiana is the second oldest daughter of Tsar Nicholas II (Anastasia’s older sister) and is one of the main characters in this story.

When I first started reading, I thought how fun they’ve gone with something different from the usual Anastasia plotline. But then I started reading through Wikipedia and found that there was a lot of truth to parts of this story. It turns out that Dmitri did exist in real life and in fact there was something between him and Tatiana. It appears that if it weren’t for the civil war, they probably would have married in real life. Unfortunately Tatiana was murdered and Dmitri was killed in combat a year later. This story is all about the question, “what if?” What if Dmitri survived?

I love a good mystery and this was definitely a page-turner, especially towards the end. But then I do love a bit of historical fiction!

What have you read recently? Any recommendations for me?

Any items marked with * are affiliate links. This means if you click through and buy something then I get a small commission.

My Film Reviews for February & March 2017 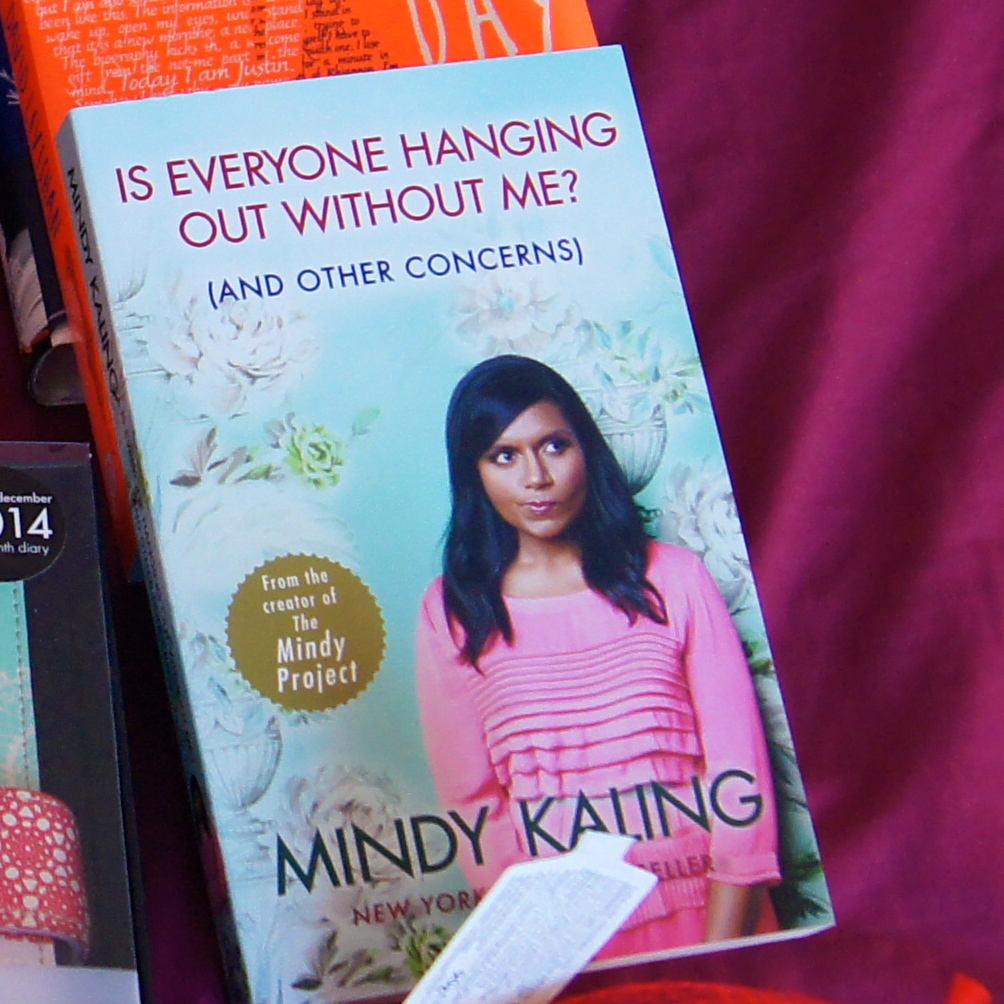 Book Review: “Is everyone hanging out without me? (And other concerns)” by Mindy Kaling