With Valentines Day coming up, there’s the usual wondering of what to do, where to go and who you’re going to spend it with. Luckily for me, I was offered a package called #datenight at The Printworks which involved dinner, drinks and a film at Manchester’s The Printworks. 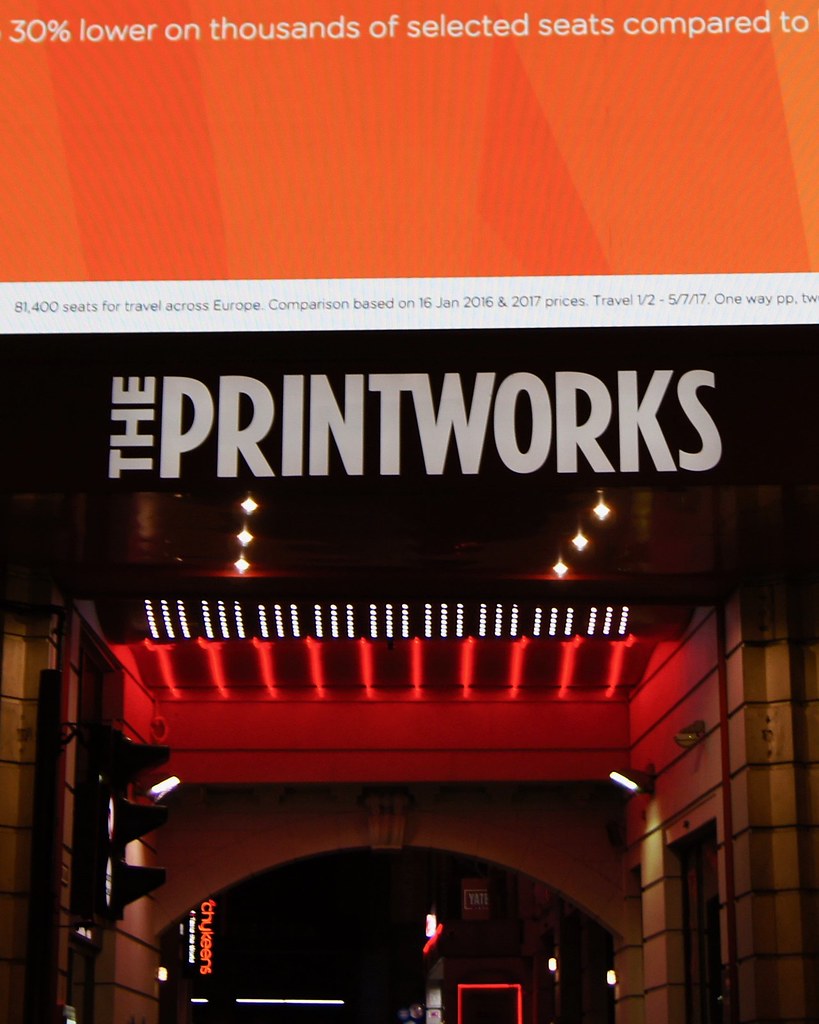 Ever since I came to Manchester over 10 years ago, The Printworks has been an easy option of dinner and a film with friends, other halves and family when they’ve come to stay with me. It’s been awhile since I ventured into The Printworks what with there being so much choice for food now in Manchester and also getting Cineworld passes.

I think my main reason for forgetting about it though was thinking that I’d already tried every restaurant inside. How very wrong I was! Over the years there have been many restaurants that have come and gone and there always seems to be an option that you won’t find everywhere. Which is why Topher and I chose Busaba. 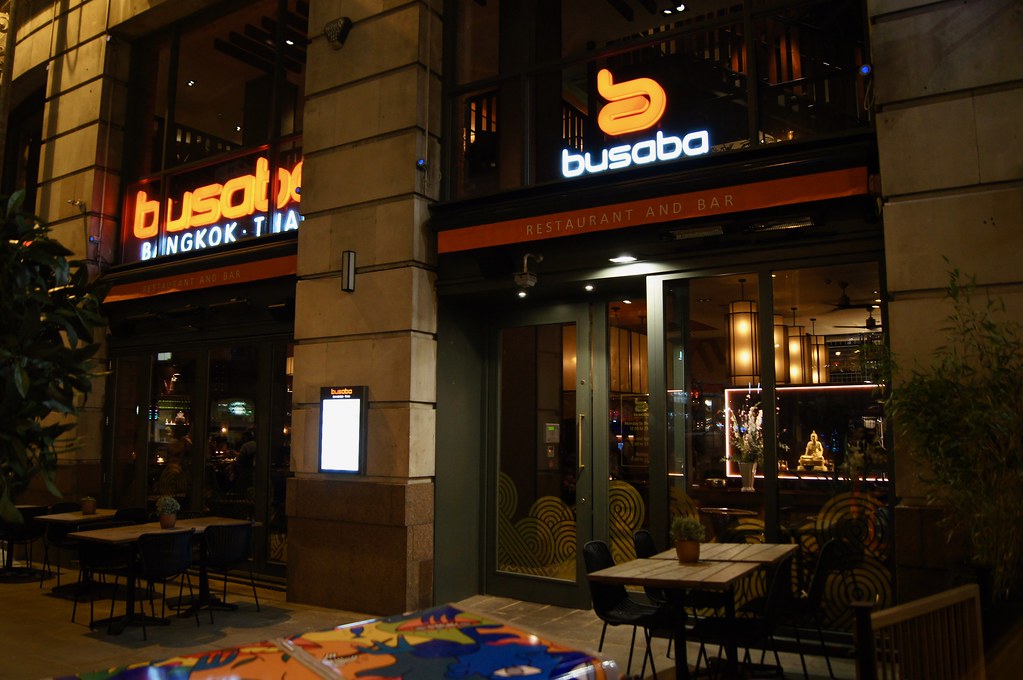 With only having branches in Manchester, London and Liverpool, it’s safe to say that a lot of people will not have tried this Thai restaurant before. Topher and I love our food as you know but we’ve only ever been to one Thai restaurant. That had to change! 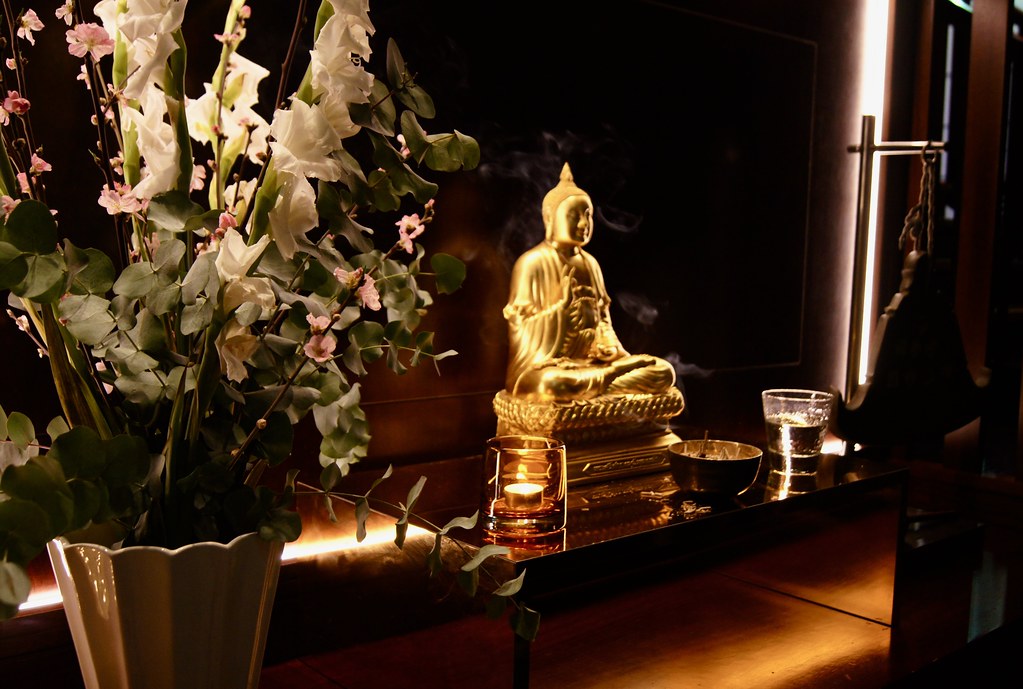 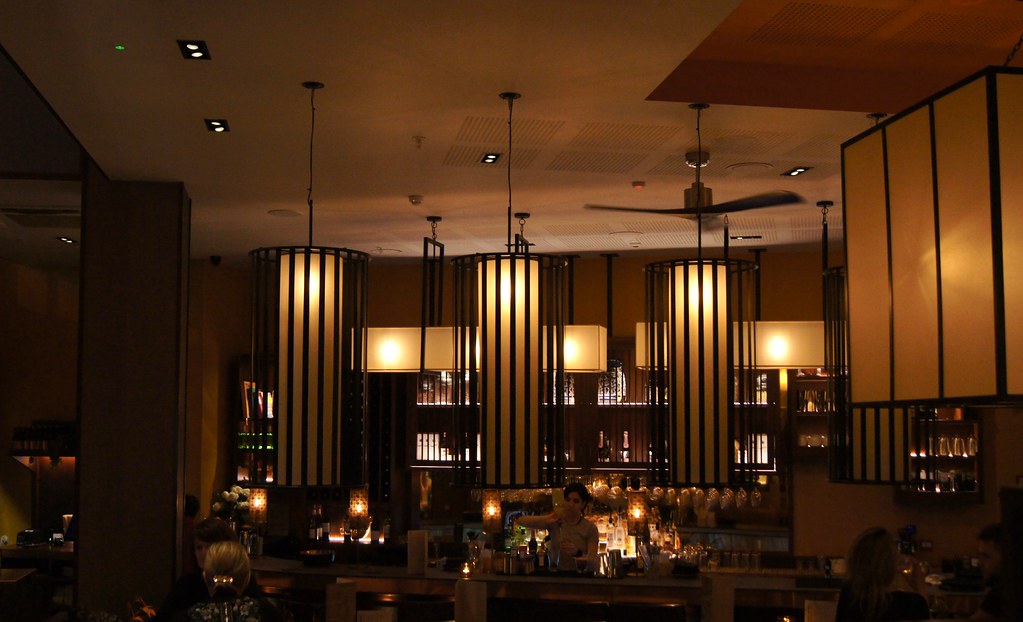 First of all, I love the layout of Busaba in The Printworks. Set over a few floors, there are lots of levels and nooks to sit in which makes it feel very private. Definitely different from a lot of restaurants where you’re practically sharing a table with strangers. I would absolutely recommend the atmosphere for a Valentines meal. It’s a large restaurant and there were a mix of people inside including small children and yet it felt cozy. 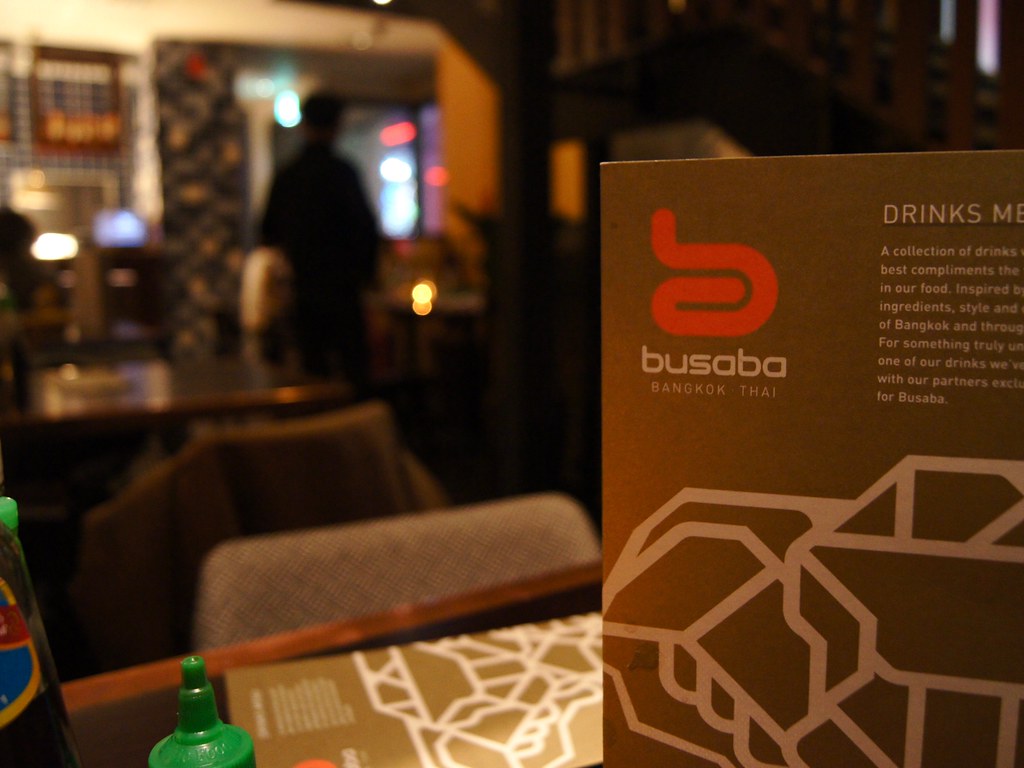 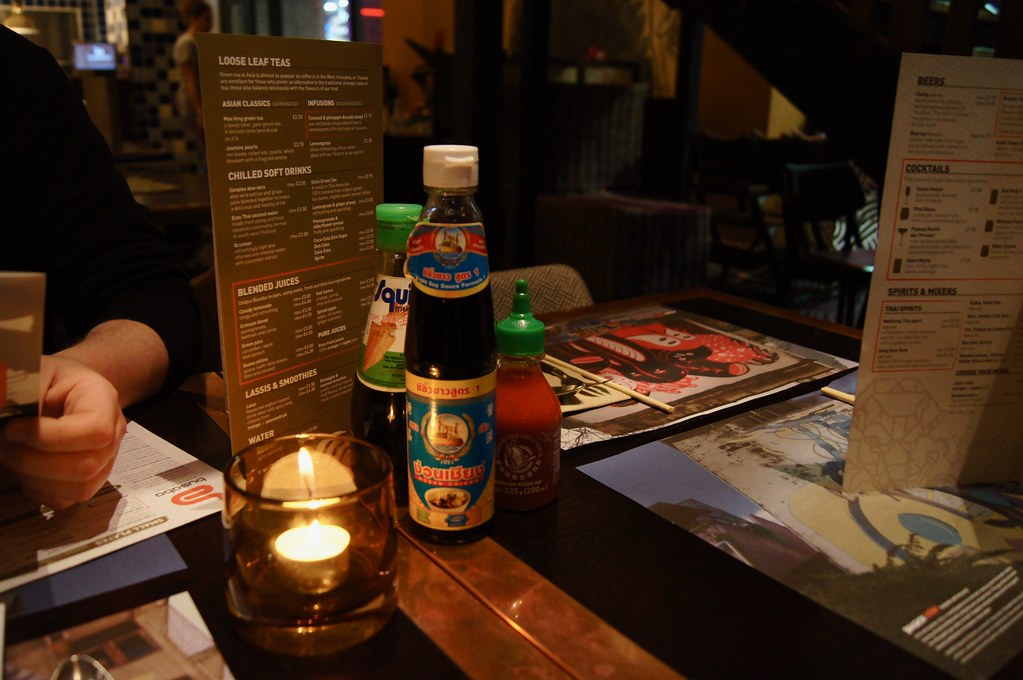 So lets get onto the important bit – the food! I can tell I’m going to like a place when I’m struggling between what to decide. If everything looks amazing, I’ll be back as I have to try everything! 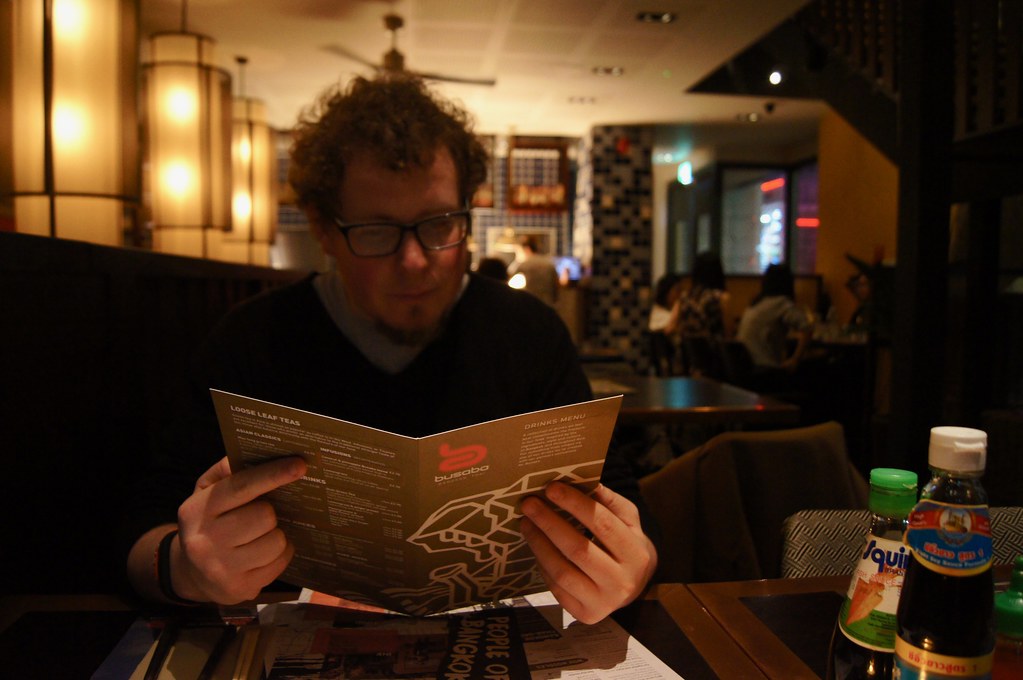 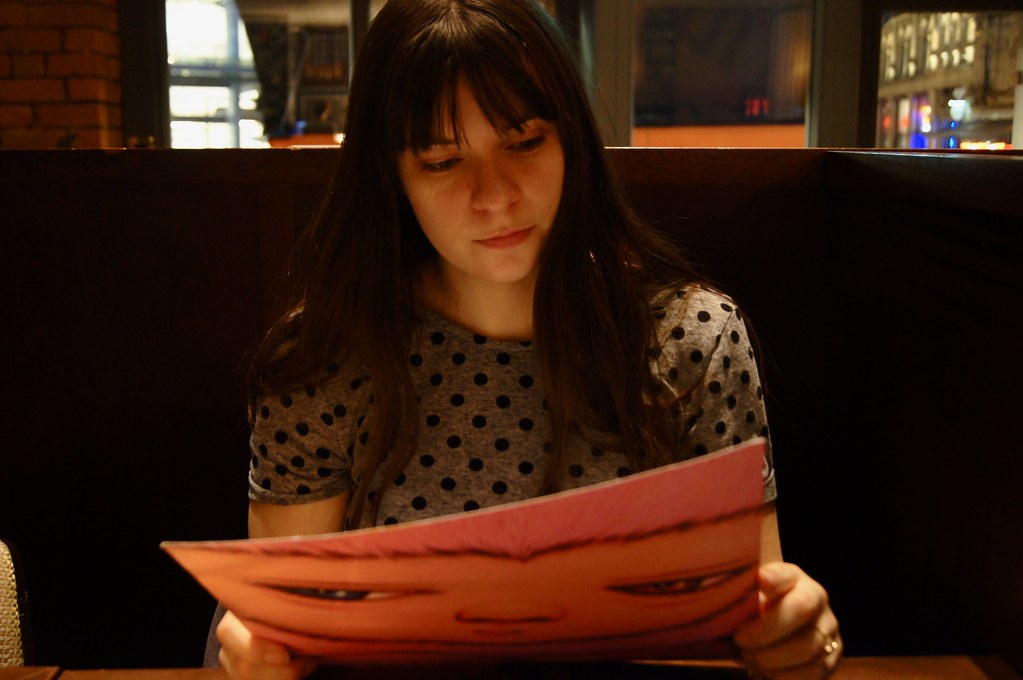 We started with drinks, a whiskey plum sour for me and an asian mojito for Topher. Both delicious but we agreed mine was the best! We also had some spicy wok tossed cashews to nibble on. 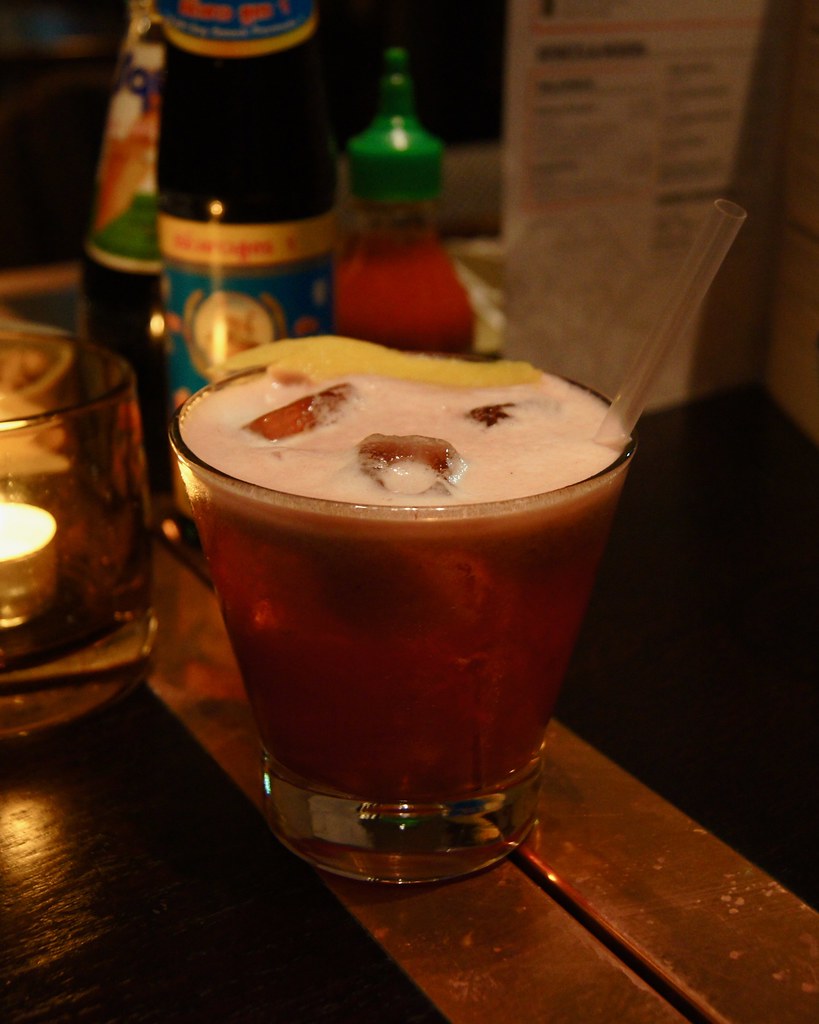 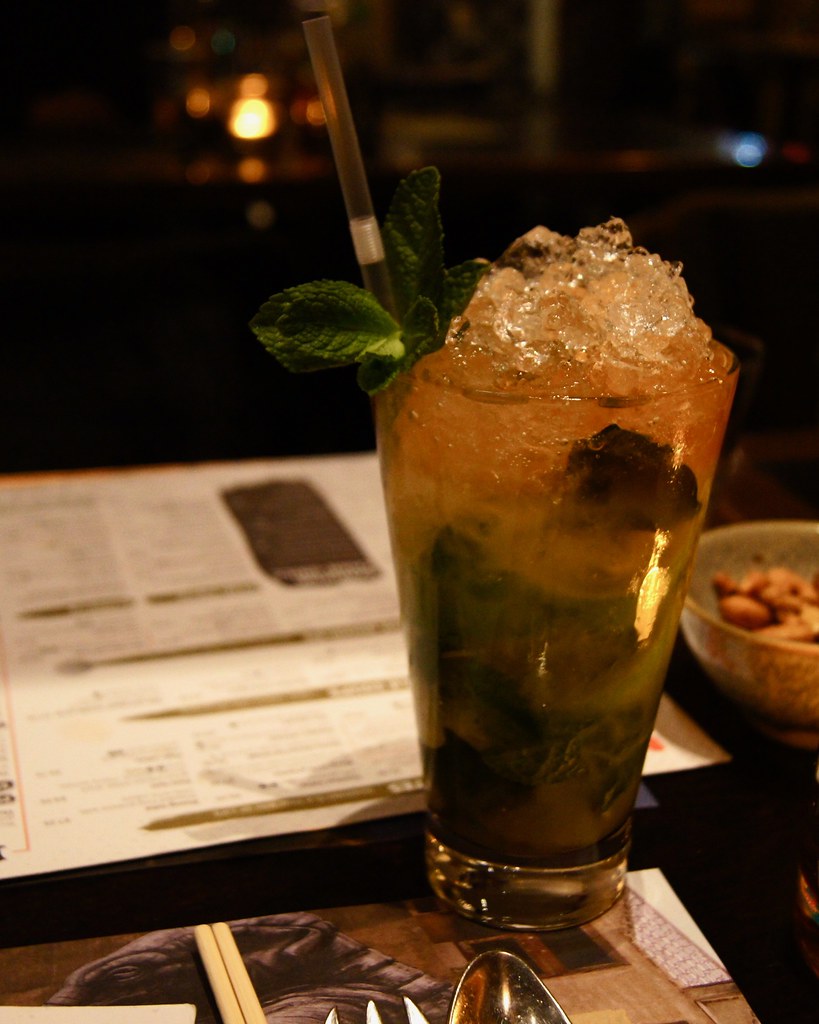 For the main meals, Topher had one of the specials; Wild Black pepper venison. He said it was delicious and so nice to see venison that wasn’t in a pie! 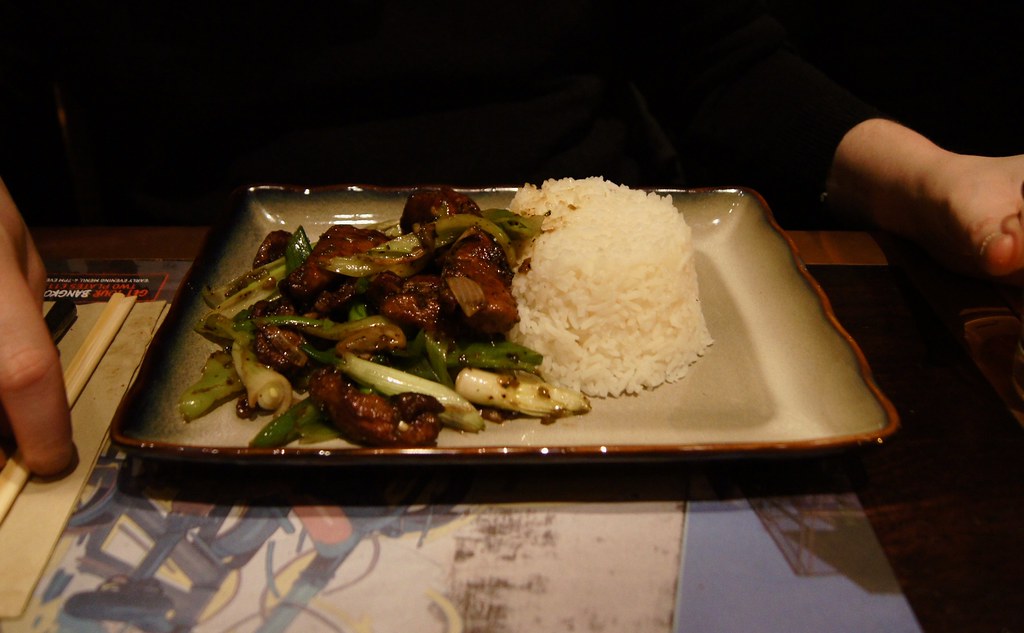 My main was the Mussaman Duck which was duck on the bone with potato, peanut, star anise, cinnamon and onion, served with jasmine rice on the side. All my favourite things! Without a doubt it was one of the most delicious things I’ve ever eaten. 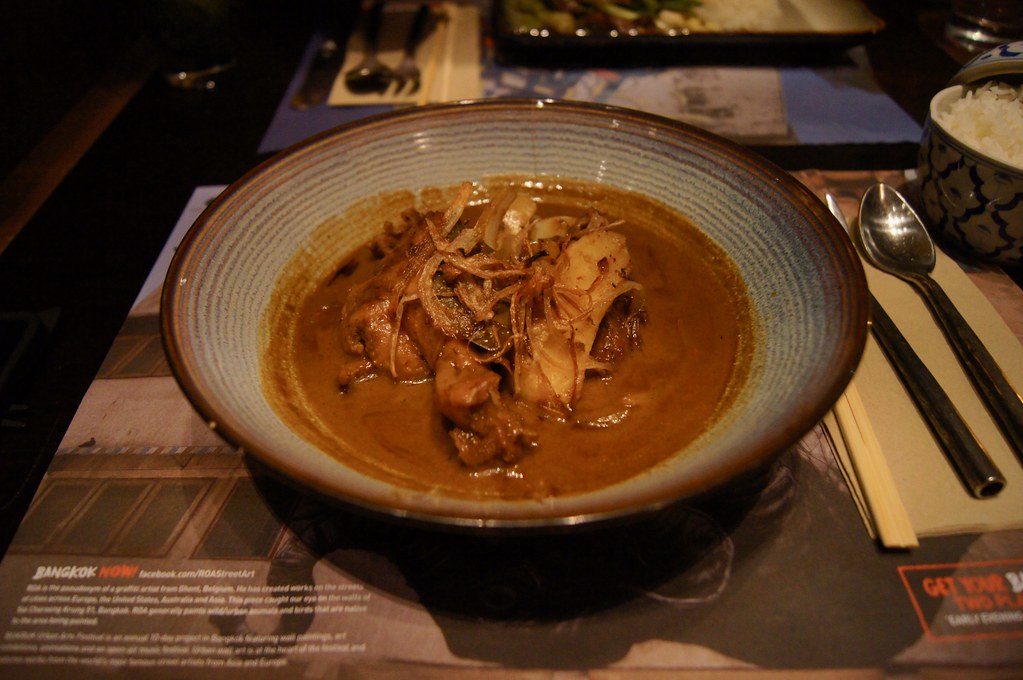 We decided not to have dessert this time as we were pretty full but I’ll be back to try the sticky black rice pudding as that sounded amazing.

Overall we loved our visit. The atmosphere was perfect, the staff were lovely and the service was great. The prices were really reasonable and we will certainly be coming back with friends in tow! 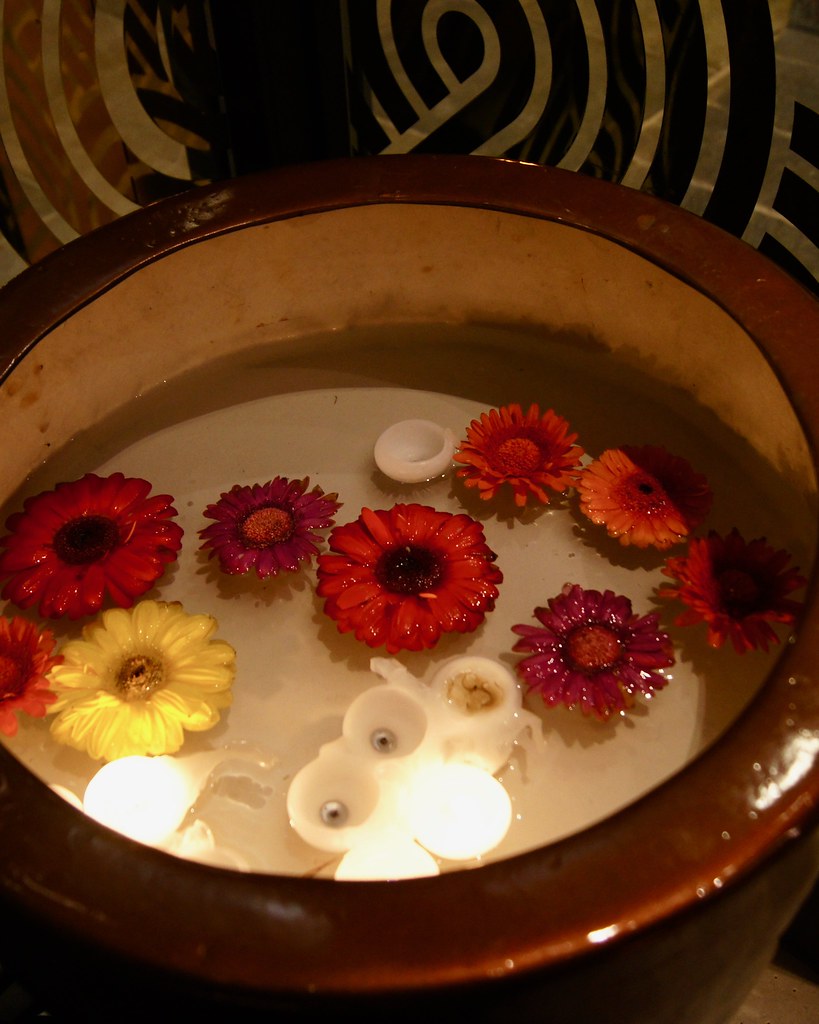 So with full bellies we headed over to see our film. 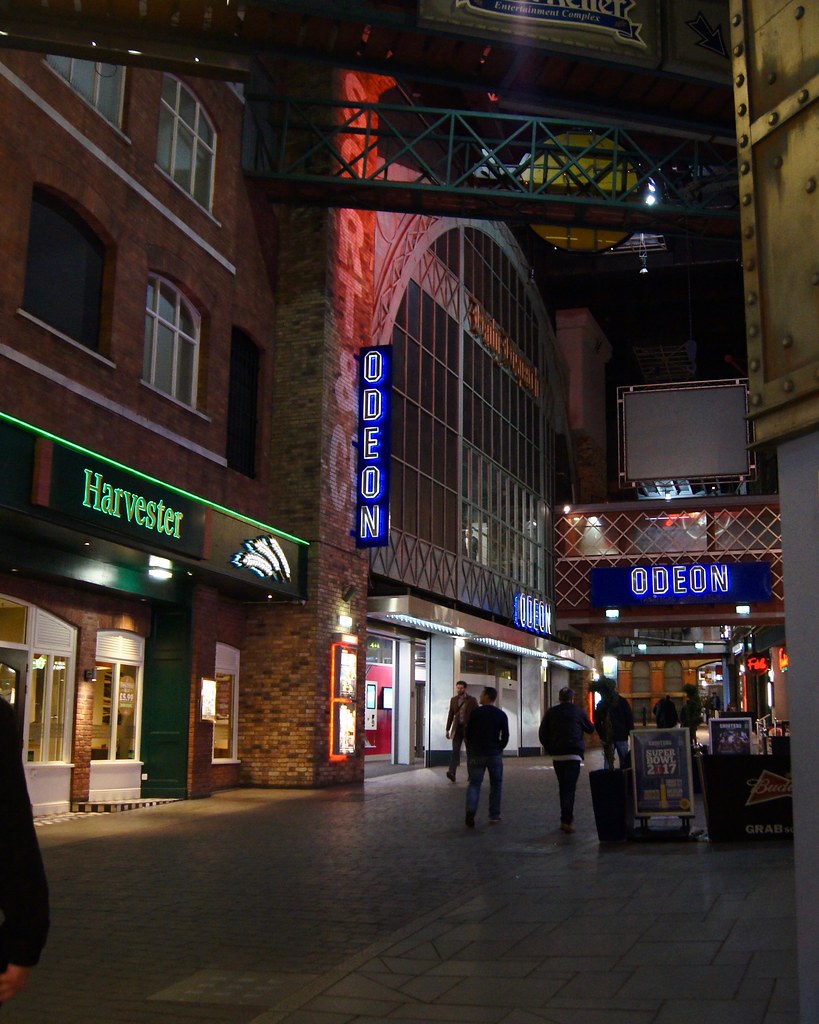 It’s been years since I came to this Odeon. It really brought back memories of my student days. We decided to see La La Land so we could see what the fuss was all about. I’ll be blogging this week about what I actually thought of the film so stay tuned for that.

Regarding the Odeon as a cinema, there’s not a single thing to complain about here. The venue is modern and clean, the range of snacks is great and the staff are helpful and friendly. The only reason we chose Cineworld over Odeon for unlimited tickets was down to the location in respect to our home.

I would definitely recommend a trip to the Odeon next time you’re in town. We had a great time.

Overall, #Datenight at The Printworks was a great way to spend an evening.

There’s nothing better than a classic dinner, drinks and a film for a Valentines, anniversary or just plain old Thursday evening. Topher and I had an amazing time and look forward to our next date night!

How are you planning on spending Valentine’s Day this year?

4 Manchester Restaurants I Want to Visit

My Week #37 - A Calorific Adventure