For newer readers, Topher’s family are from Exeter in Devon and Falmouth in Cornwall. In 2014 we headed down to both (search devon and falmouth for posts) which was really fun. This year we headed down just to Exeter, Devon to see Topher’s dad’s side of the family. As well as seeing everyone again, I got to meet Topher’s dad and his half sister who live in Tenerife with the rest of their clan. It was a fun week mixed with all the weather bar snow and we packed in as much as we could. So time to photo-bomb you now!

Something I miss is walking. We definitely got in some walking on this trip, though not as much as I would have liked due to the ever changing weather. We were lucky enough that on the first day it was boiling so we were able to do this particular hike. 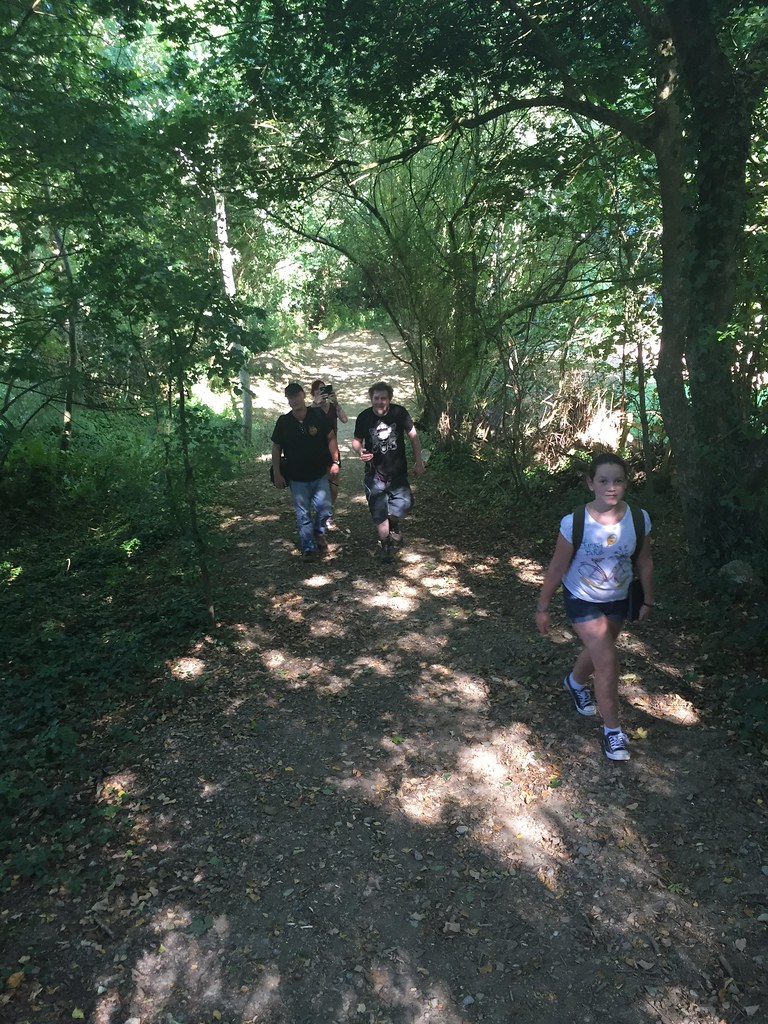 This abandoned old house was so cool and I loved the random bunting someone put up. 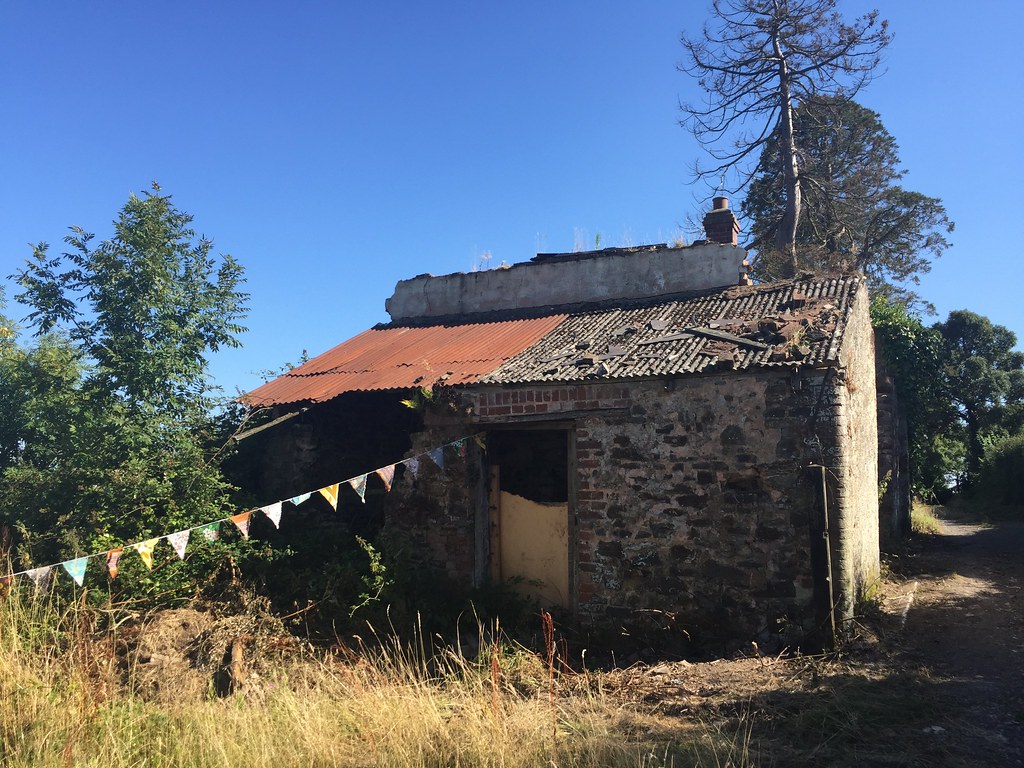 There’s something just so beautiful about forests. I wish we could get married in the woods. Damn you England with your laws against getting married outside. 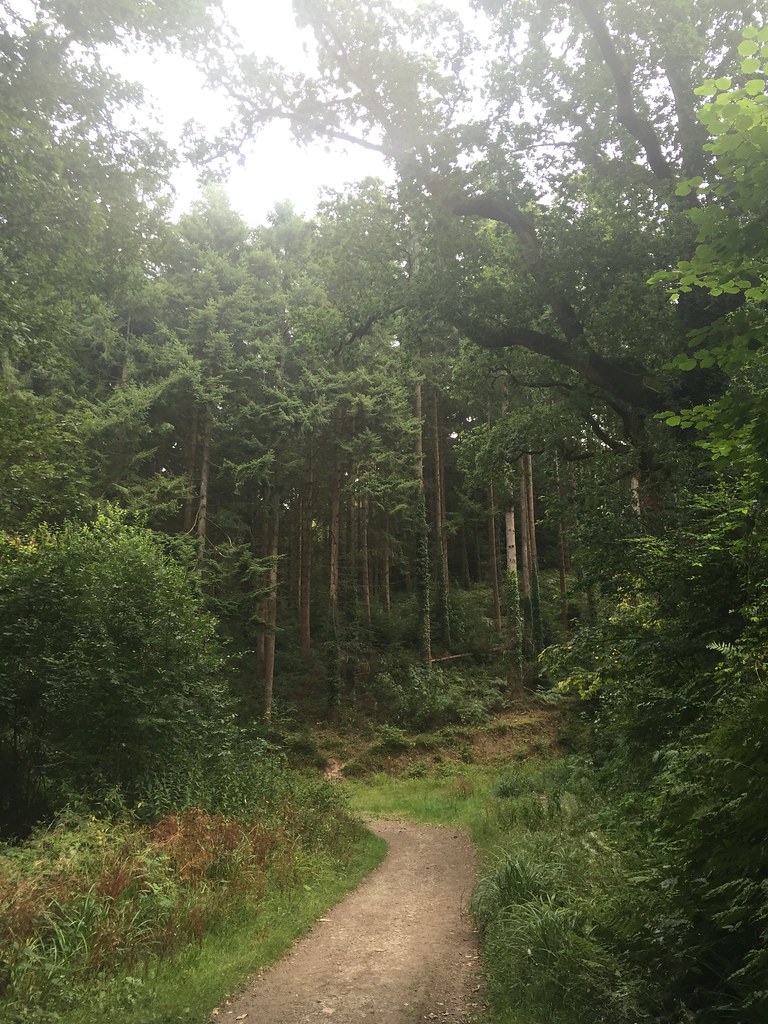 Since it was such a short visit two years ago, I didn’t get the chance to go into Exeter’s city centre but this time we went twice. It was great to get to a Tiger store – why are there barely any branches up north? Though there were the usual chain stores and cafes, there were a few unique gems. Vegetarians out there get yourself to The Plant Cafe. We only got drinks but the food and cakes looked awesome. Another time I guess. 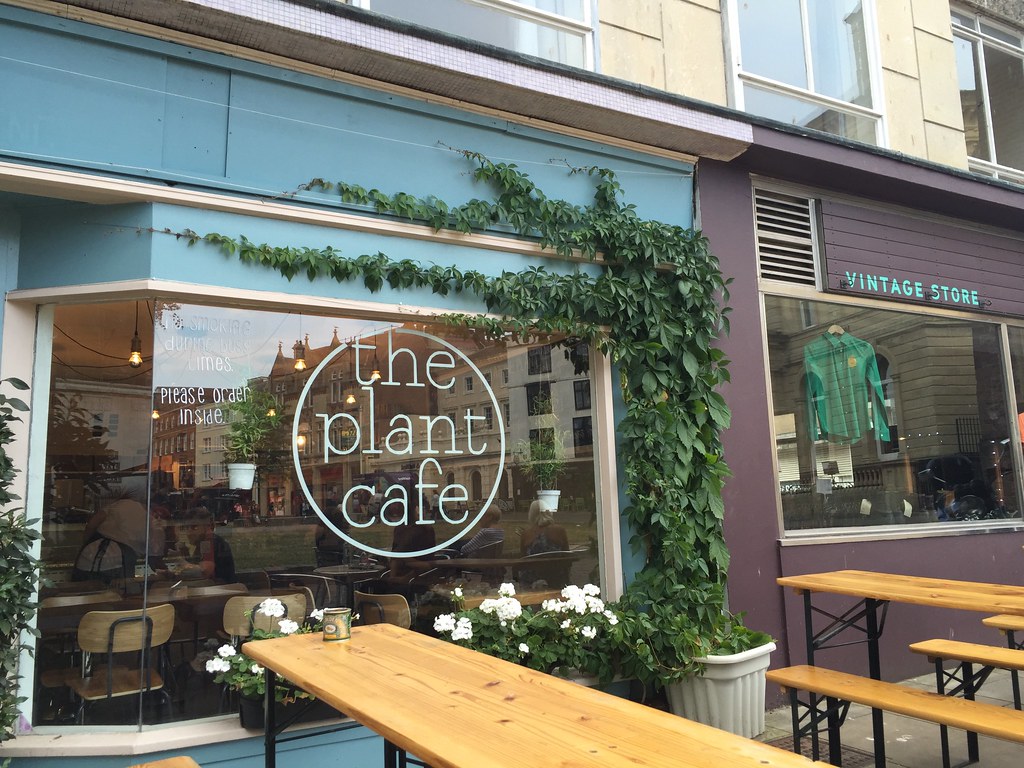 How cute are these chocolate robots? If I’d had any money I would have probably bought up the entire shop. 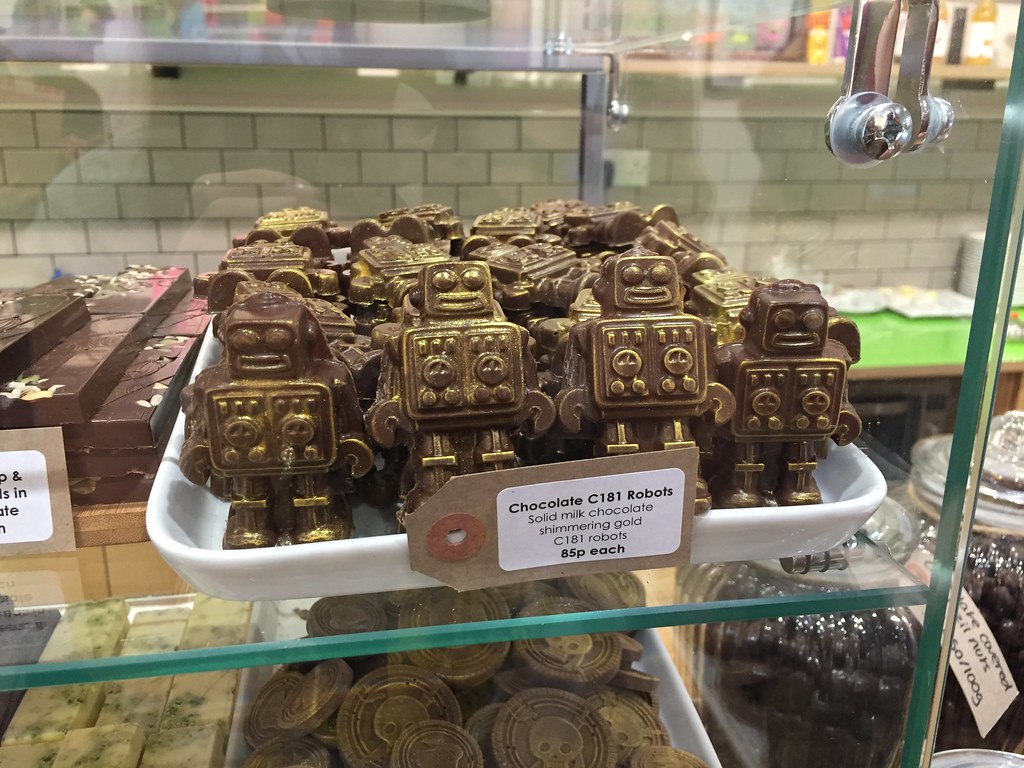 This paper installation at the Royal Albert Memorial Museum in Exeter gave me some serious paper plant goals. Imagine how awesome they would look if they were coloured paper! 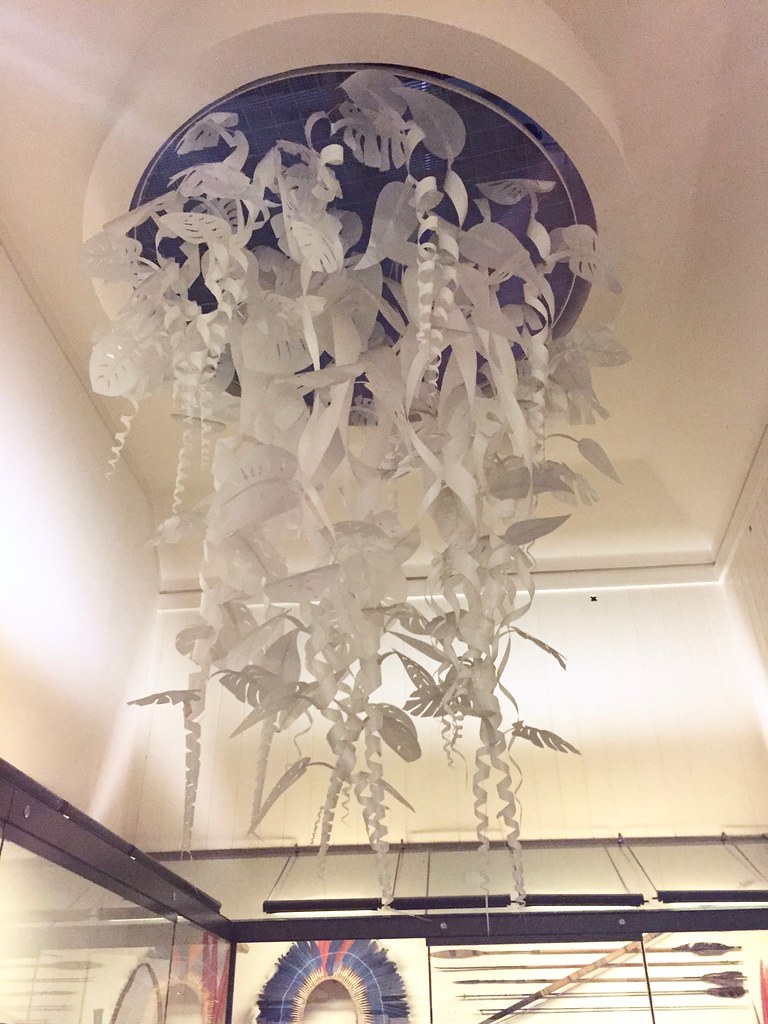 So when in Devon, it is a crime if you don’t get yourself a cream tea. And I’m no law-breaker! This were by far the best we had while we were there – the place was called Tea on the Green and it’s right next to the Exeter Cathedral. The scones were still warm when they brought them out and you could tell they were freshly baked. Perfection! 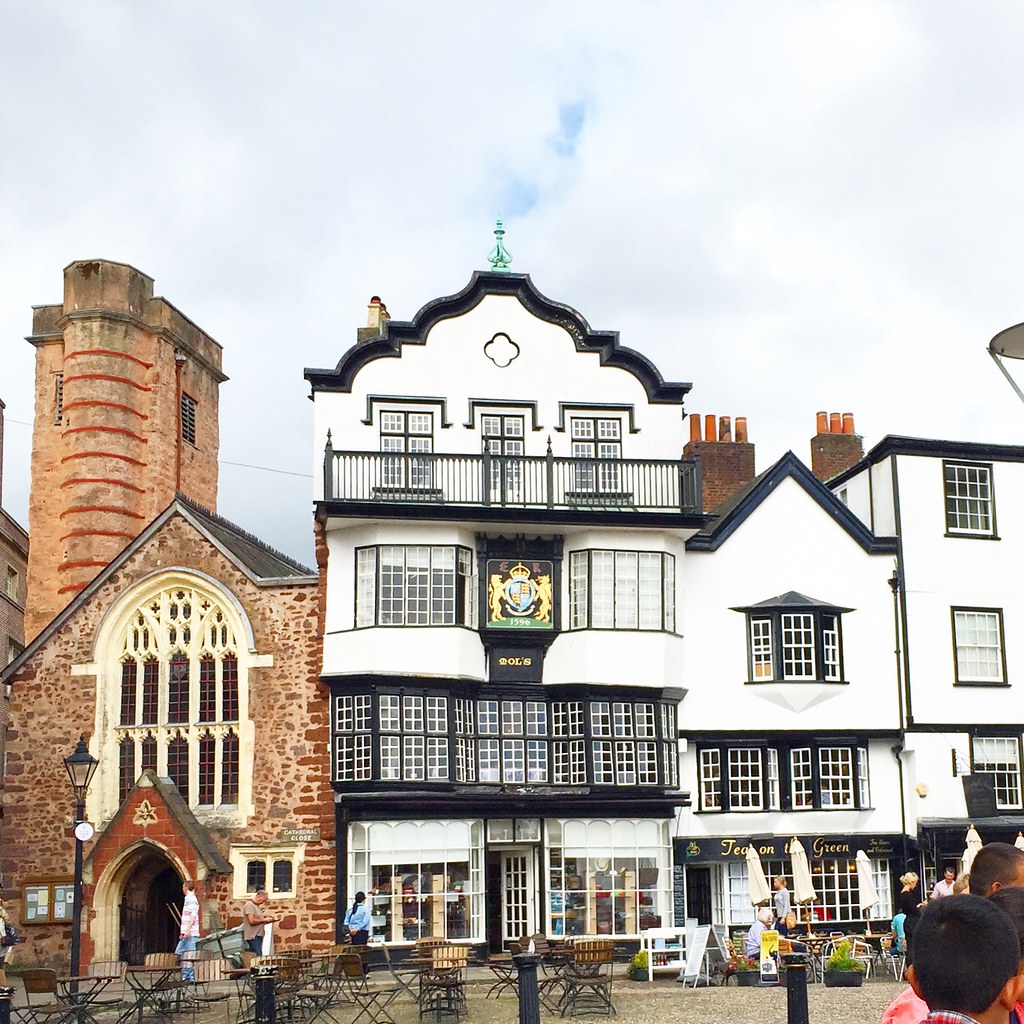 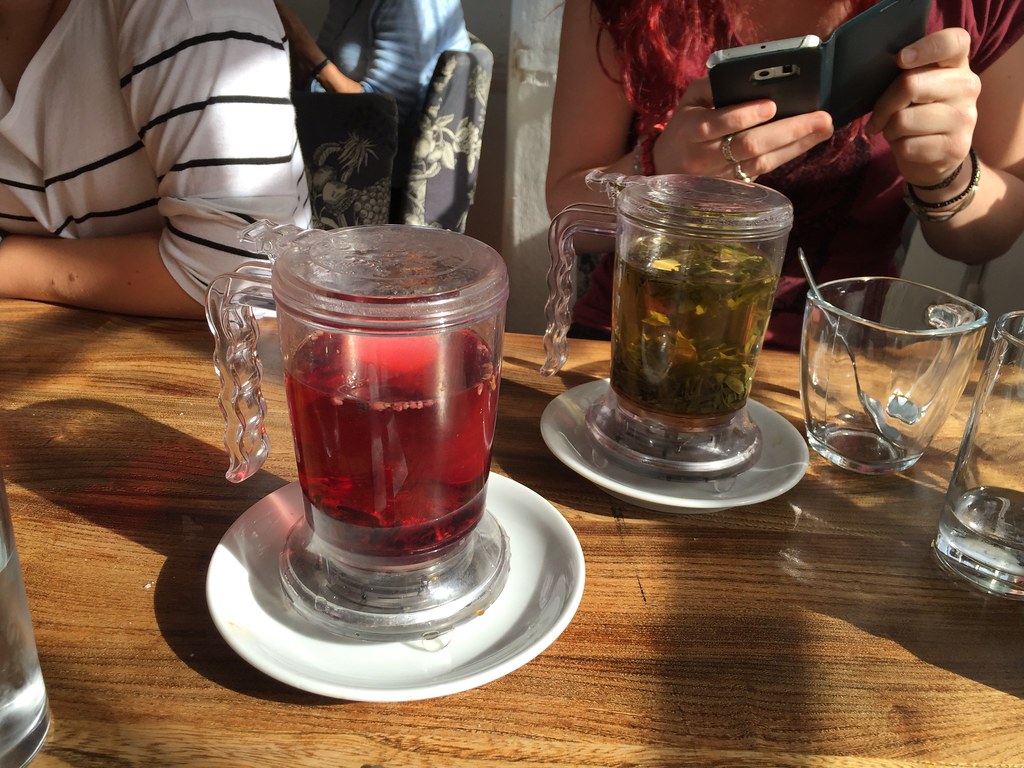 Topher’s family love their board games so there was plenty of Pictionary, Rummikubs and Uno played throughout the week. This facemats were also pretty entertaining – apparently I really suit a moustache. 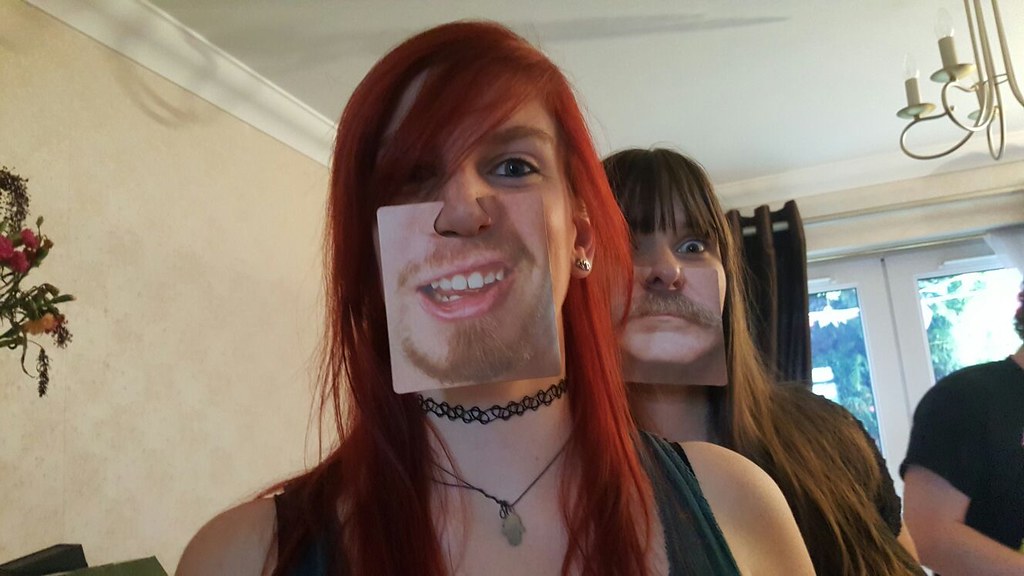 When the weather wasn’t so great, we headed to places like Bickleigh Mill which is a shop and cafe full of treasures for your home and great for gifts. 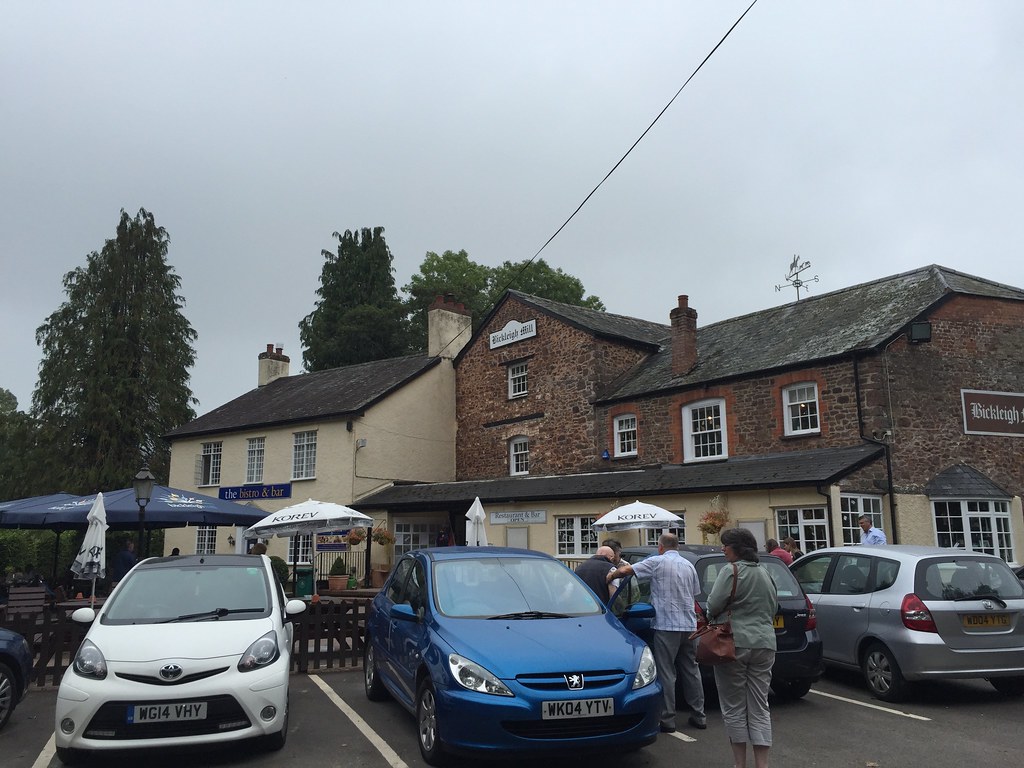 Afterwards, we headed to Fisherman’s Cot Pub where I had one of the best beef carvery sandwiches in my life. Seriously I am still dreaming about this sandwich over two weeks later! 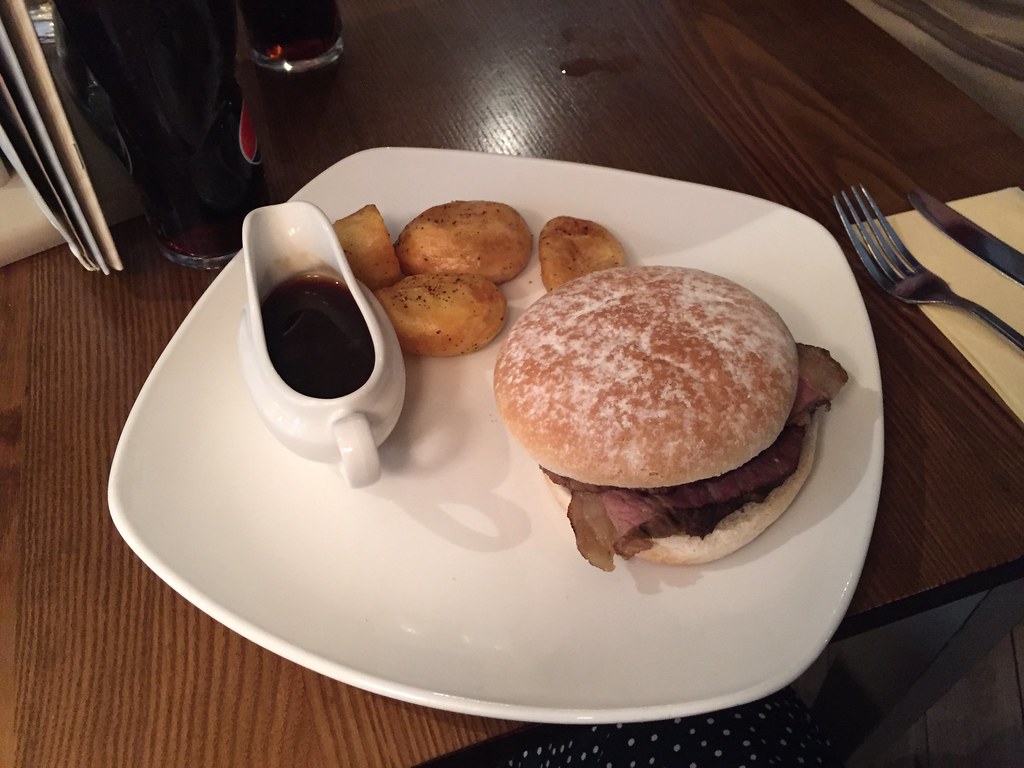 And what’s a holiday without ice cream? I tried a ginger ice cream which was very tasty, while Topher and Emma had bubblegum. 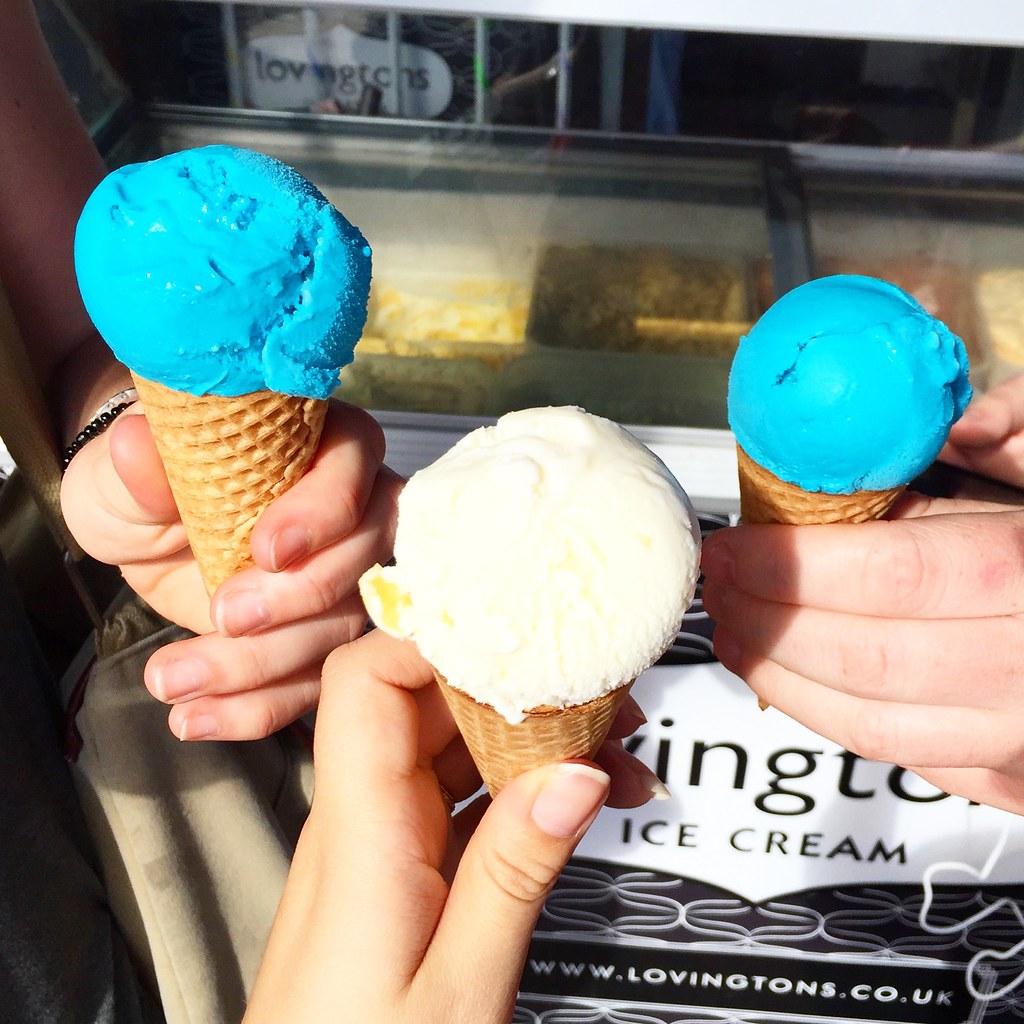 All in all it was a great trip and I’m sure one day we’ll be back!

A Quick Trip to Nottingham – Bills and Street Art