Food and drink at The Blue Pig and The Alchemist 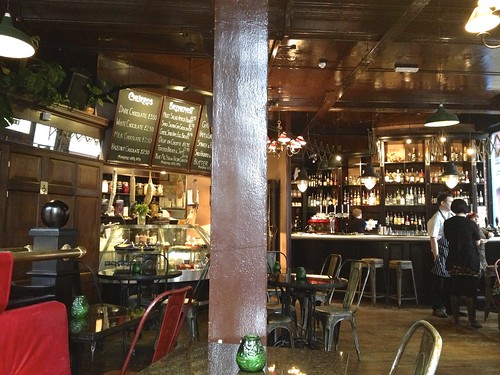 Written by Diane
0
So on our big day out, the bf and I headed to The Blue Pig in the Northern Quarter, Manchester based on a recommendation from Claire.
The Blue Pig is an interesting place. It’s a deli, a restaurant and a bar. If you want to try something different I would definitely recommend it. 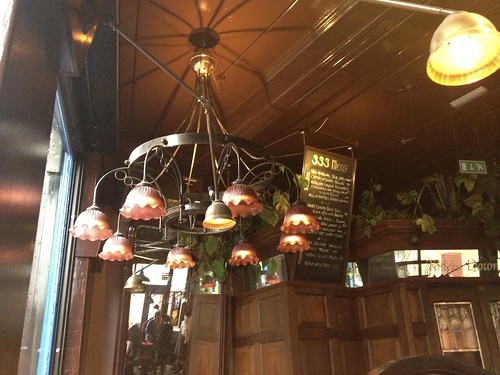 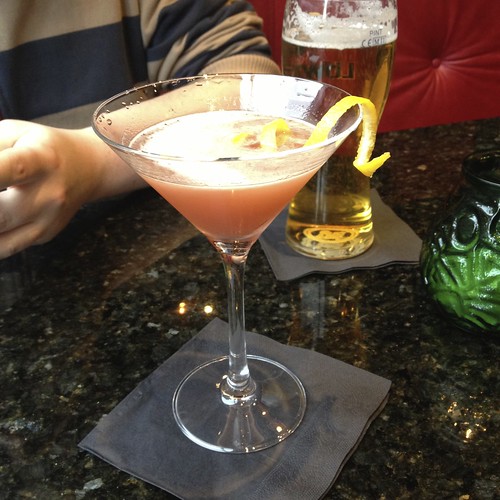 I had the Charlie Chaplin cocktail and the bf had a beer.
They have a selection of serving platters which look delicious but we were really hungry so the bf suggested going for the 3 course meal. It’s on the 333 menu where the dishes change every week so you’re always in for something different.
We went with the following (forgive me for not knowing the exact names or what was in them – I was too busy eating!): 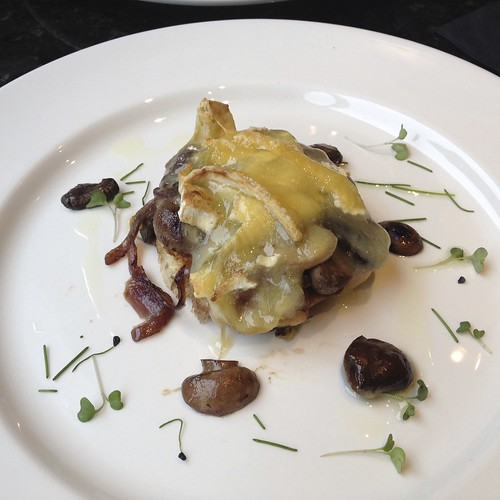 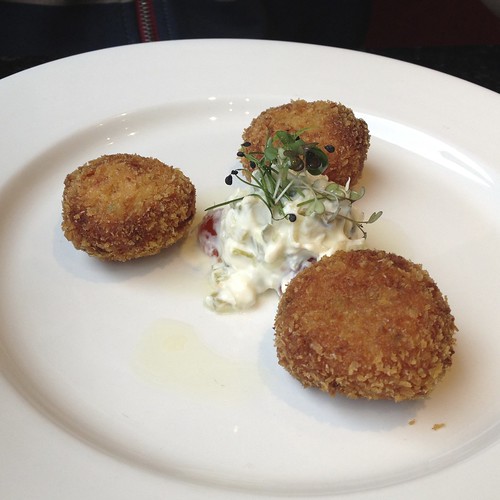 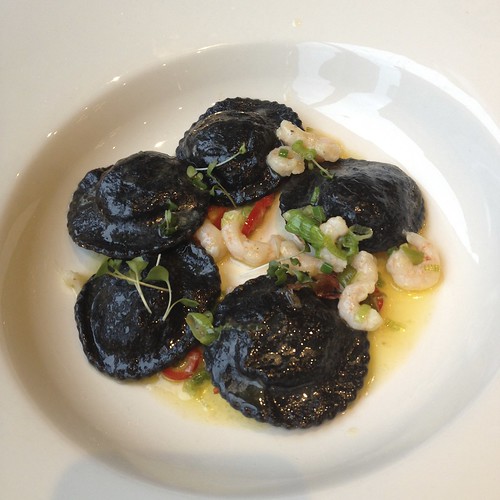 Now even though I’m a massive seafood fan, the whole concept of squid ink freaked me out a bit. But after talking to our server, I was reassured that it was only one aspect of the dish. It appears that the ravioli was just soaked in it, turning the pasta black. To be honest, the whole dish was delicious! I would definitely recommend jumping a bit out of your comfort zone to try something a bit different. 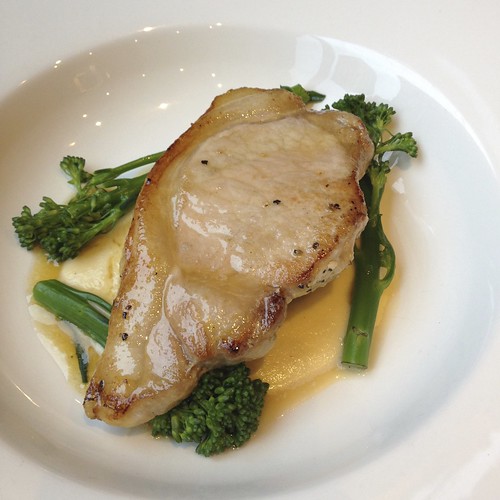 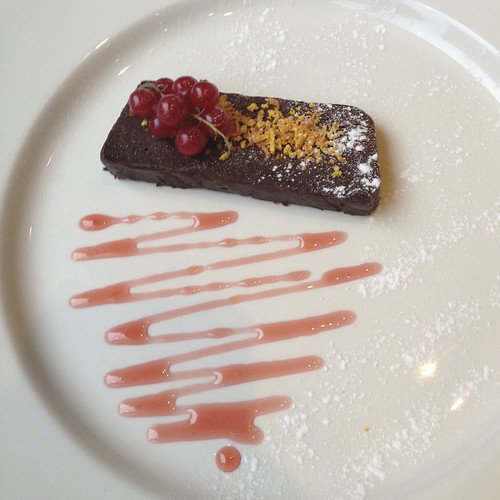 My dessert: Chocolate thing (again, it’s technical name – who cares, it’s chocolate) with candied orange peel and red berries.
Yum! Not too rich and enough there on the plate to satisfy. 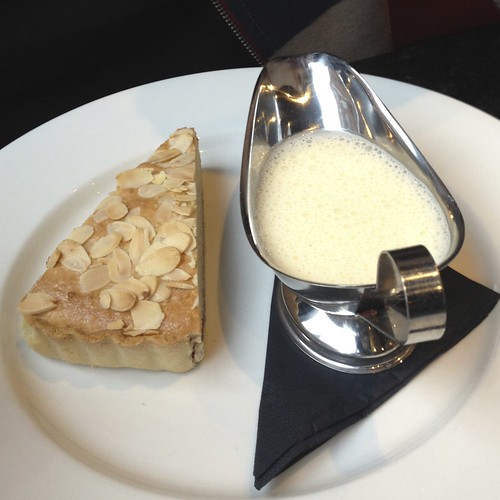 Bf’s dessert: Cherry Bakewell pie with creme anglais.
This looked (and tasted!) delicious!
Overall, I would definitely recommend the Blue Pig but it’s not somewhere I would go regularly as it is a bit pricey. It’s a special occasion kind of place. Thanks to the bf for paying! 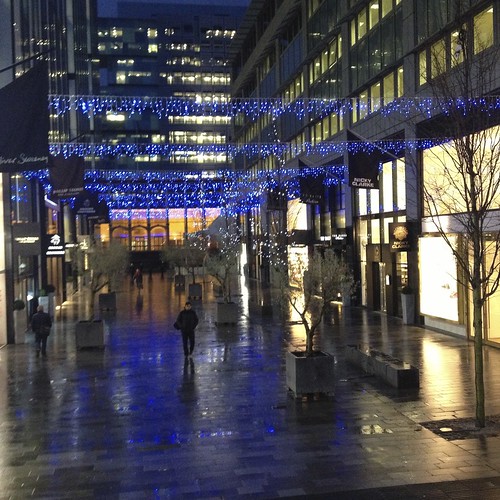 Later on in the day we headed to Spinningfields to search for The Alchemist bar which was recommended by the bf’s sister. Known for it’s unusual cocktails. 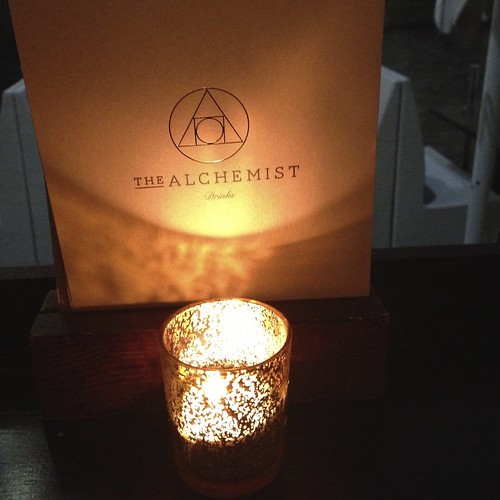 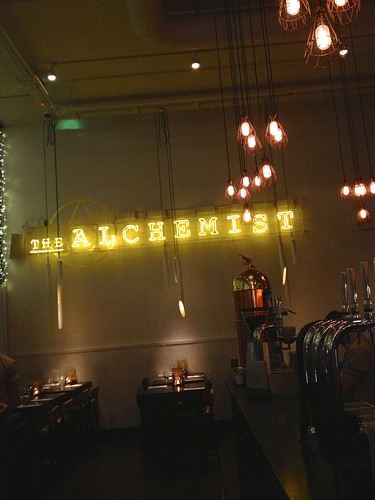 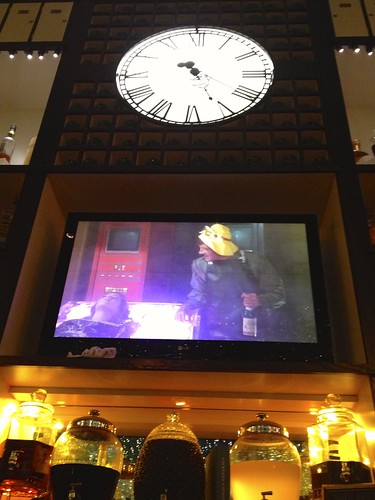 I had a Bubblegum daiquiri which had popping candy in it and it was so incredibly good! I need to learn to make one of these at home! The bf had a Long Island Iced Tea. 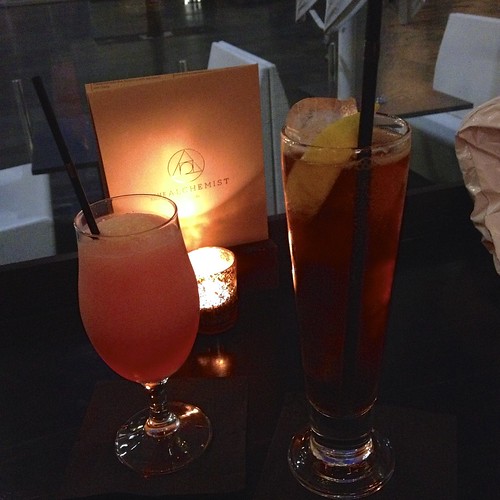 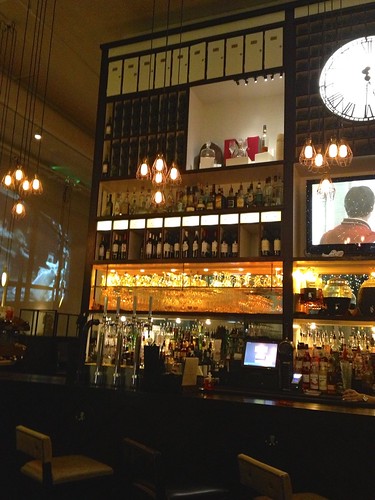 Overall, I liked The Alchemist and would definitely go back. There was a good range of prices for the drinks so there’s something to suit every pocket. But for me personally it’s a one drink place due to my lack of money.
I had a lovely day out!
Have you visited any nice eateries recently?
blue pigdrinkfoodmanchesternorthern quarterspinningfieldsthe alchemist

Friday Funny: Not sure whether to scream or laugh