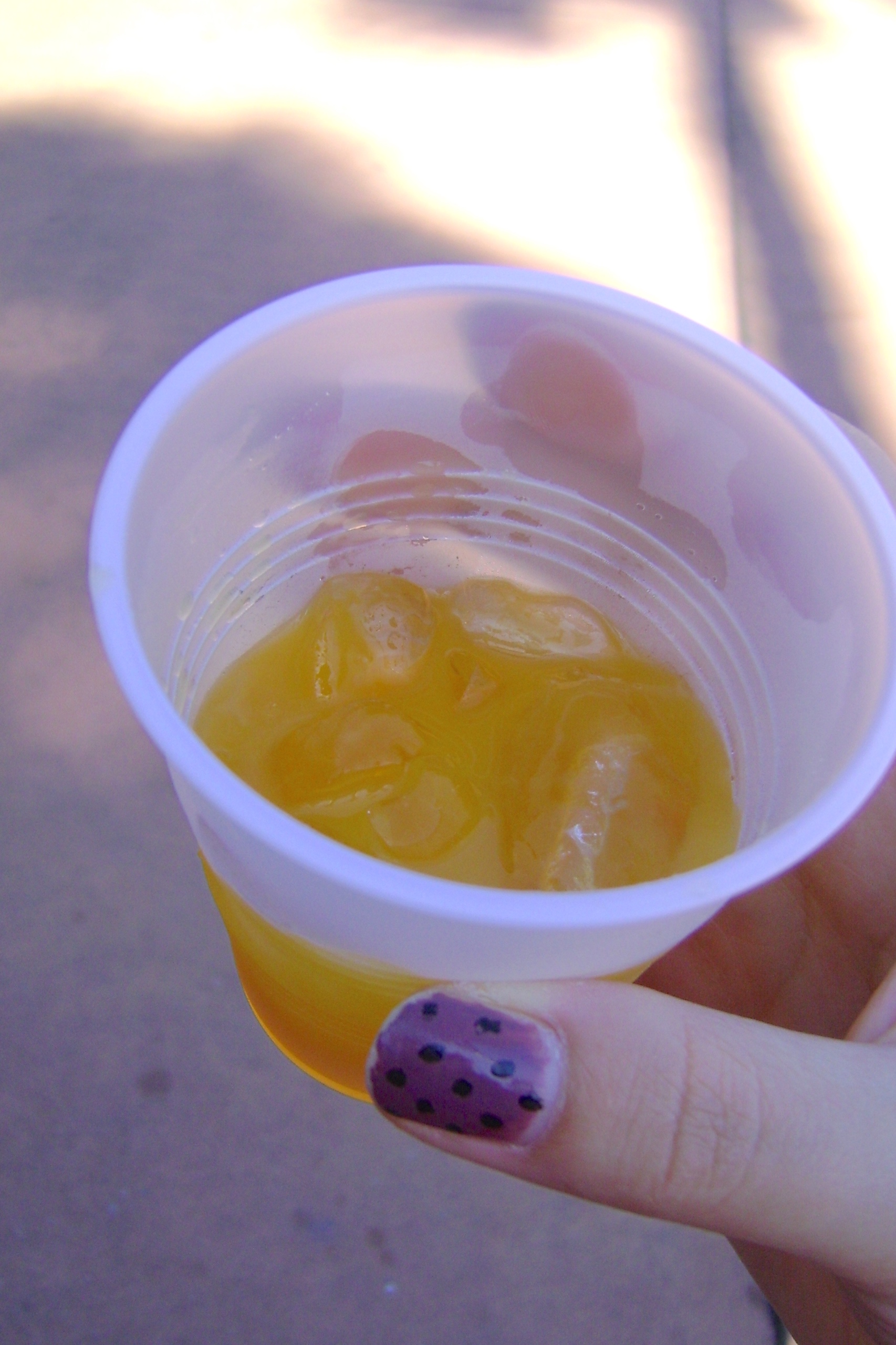 Written by Diane
2
The final chapter in me and the bf’s Disney food and wine festival adventure. Check out PART 1 and PART 2. I’m proud to say that none of these pictures contained partially eaten food. We managed to remember every time this day to take a photo first. Though I may have sipped the Mai Tai a little first. No one’s perfect. 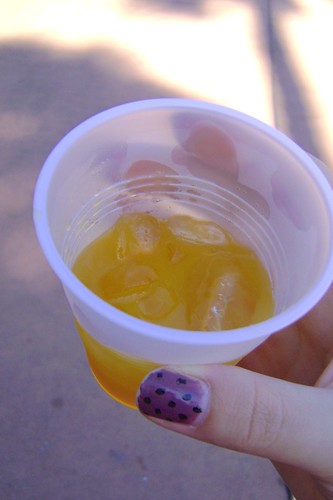 Seven Tiki Mai Tai
Omg SO alcoholic it took me by surprise. Such a little cup! 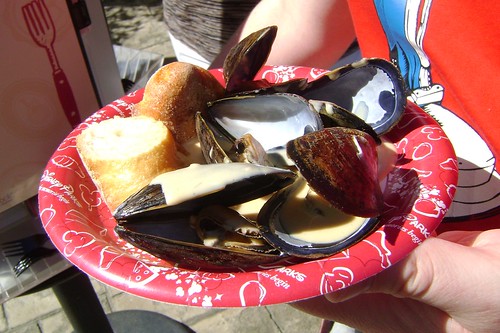 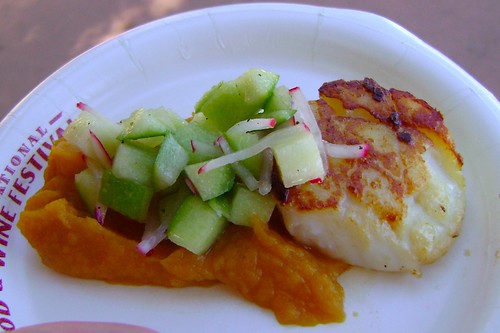 Seared Sea Scallop with Vegetable Slaw and Lemon Oil
Amazing. I love scallops anyway, so to have one so massive was awesome. Plenty to share.

Hops and Barley  – was in the USA pavilion 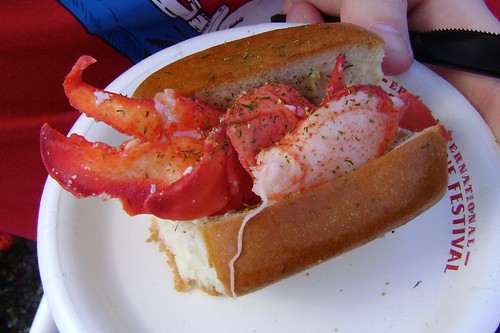 Lobster Roll
I am a huge fan of lobster (as well as other sea food) but it is rather expensive back home so I always have cheap lobster when I go to the USA. This isn’t the best lobster I’ve ever had, but for $7ish I would’t expect it to be. Was nice to have so much lobster in the roll, not like another I had at a restaurant in the Magic Kingdom. Yum. 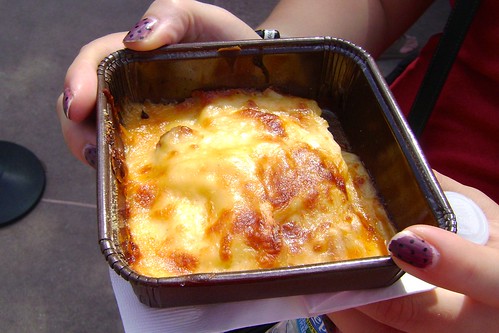 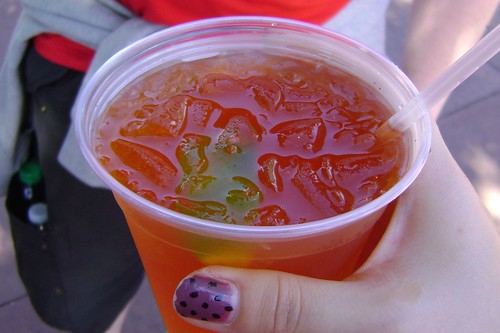 Green Tea Plum Wine Cooler
Now we were torn on this one. This is going to sound weird but when you first taste it, it tastes kinda salty. After taking a couple of sips, that goes away and it tastes really nice. The bf refused to drink anymore after a sip so I was happy to finish it off myself. An unusual taste but I liked it. 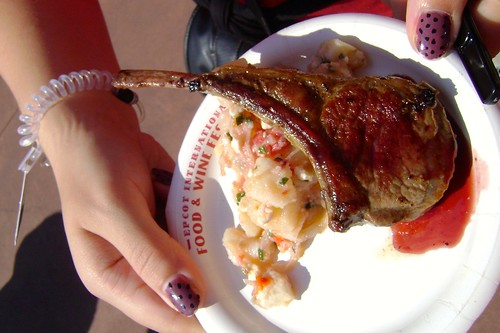 Grilled Lamp Chop with Roasted Potato Salad and Red Wine Reduction
I’m a big fan of all the above so this was lovely. Wish there was more. 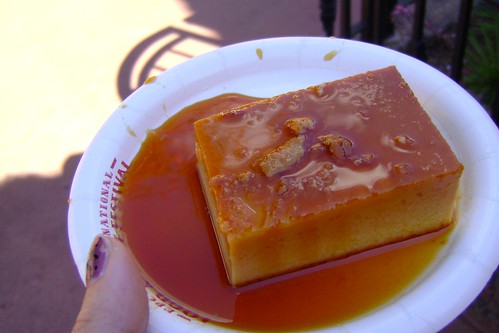 Flan
Now this word does not give this Mexican dessert justice. So tasty! It is also called Creme Caramel I think – that’s what we called it when we used to have it all the time when I was little. Reminded me of my childhood 🙂 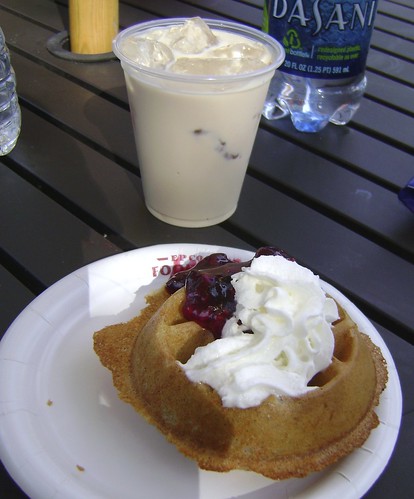 Godiva Chocolate Iced Coffee and Freshly Baked Waffles with Berry Compote and Whipped Cream
I’m always up for waffle time so this was very nice. Now, on to the iced coffee. It was an alcoholic version so very tasty. The biggest disappointment was that the cup was so darn small! Make it bigger. *Goes to look for a recipe*
And that is the end of the food adventure.
Did you like this three part series? Should I do any more food posts? Won’t be as lengthy as these as I won’t be going to anything like this anytime soon but along the same lines.
disney worldepcotfoodfood and wine festival