Ever since we moved at the beginning of March, I’ve been dying to paint something. And finally, the guest room is the first room completed. Paint-wise at least. This is what it looked like before. It was previously a nursery for the last owners which certainly explains the pink walls! 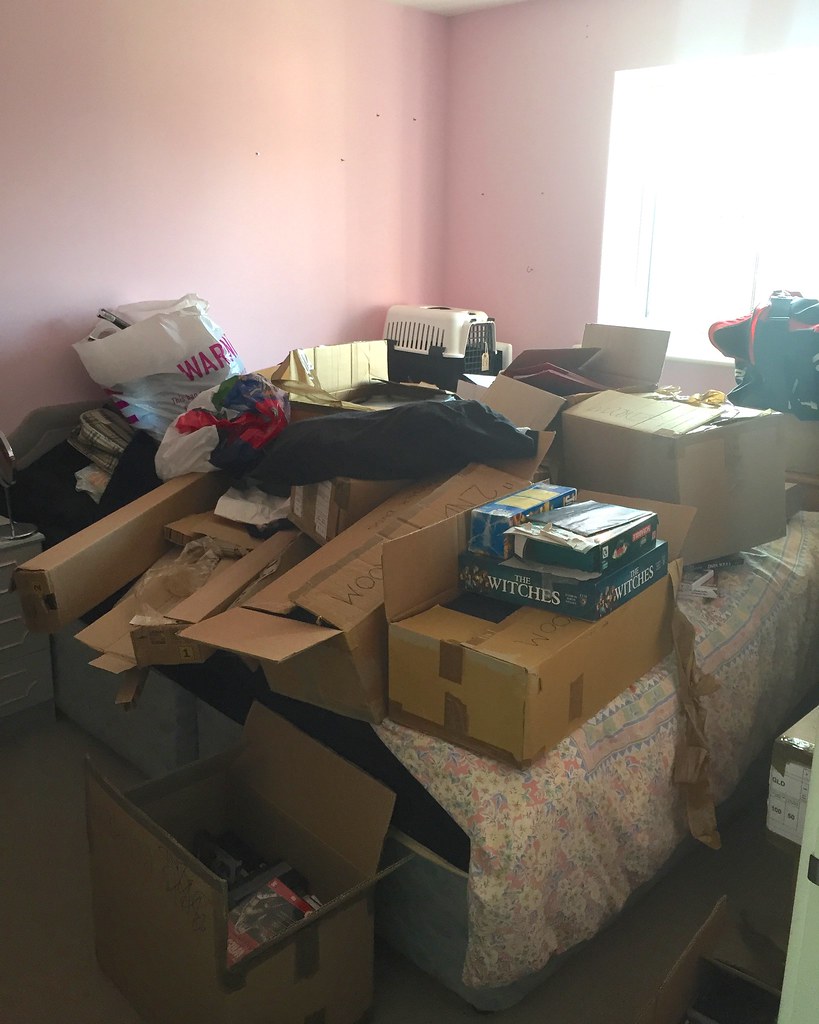 We wanted something a bit more grown up and less pink. I had a few ideas milling about my head but ever since I saw this post on A Beautiful Mess a few years ago, I’ve been wanting to create a similar effect. Topher liked the idea but we decided to use nerdy quotes from his (and one of my) favourite books. I wanted a modern look but with a nerdy twist that you wouldn’t get right away unless you literally read the wall. 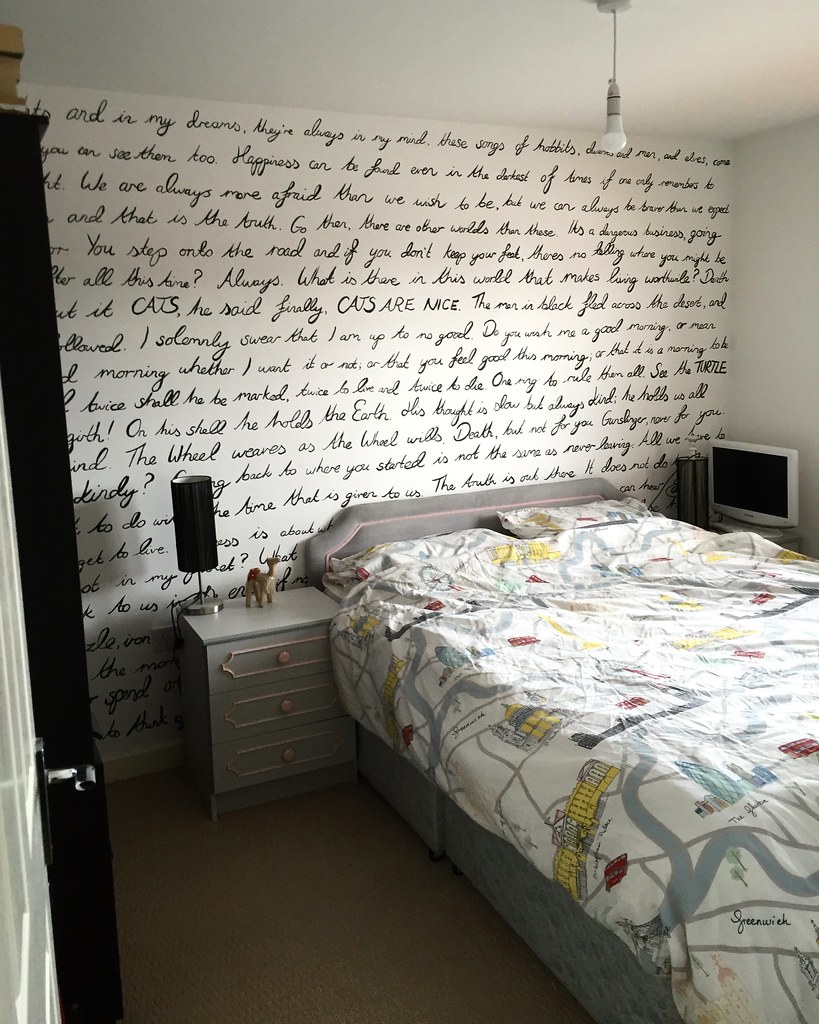 I found the task of painting the wall easy, but time consuming! I painted all four walls white and then it was time for the quote wall. We chose quotes from Harry Potter, Tolkien, The Dark Tower series, The Wheel of Time series and Terry Pratchett, along with a song lyric that Topher has been threatening to get tattooed on him. If you look closely you may also spot an X-files and a Alien quote… 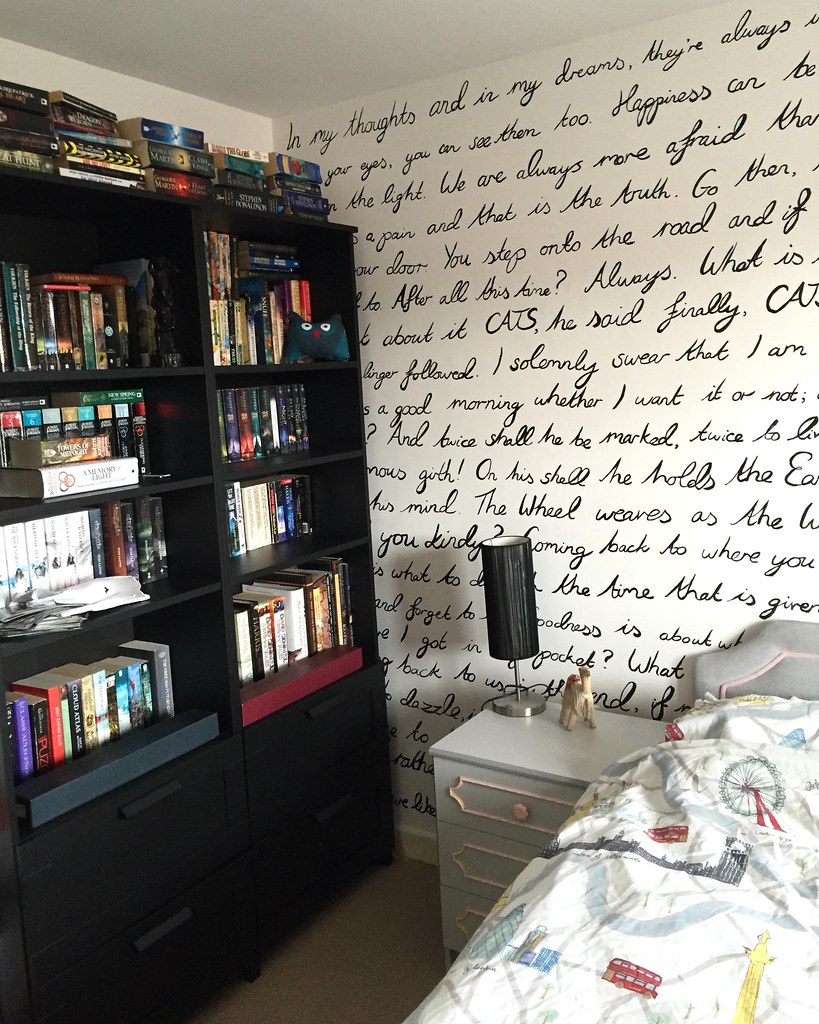 I measured out the lines (10cm apart) and used washi tape to mark the wall. Then I got out my pencil and just went for it. After the whole wall was done, I went back and painted over it all with black paint. 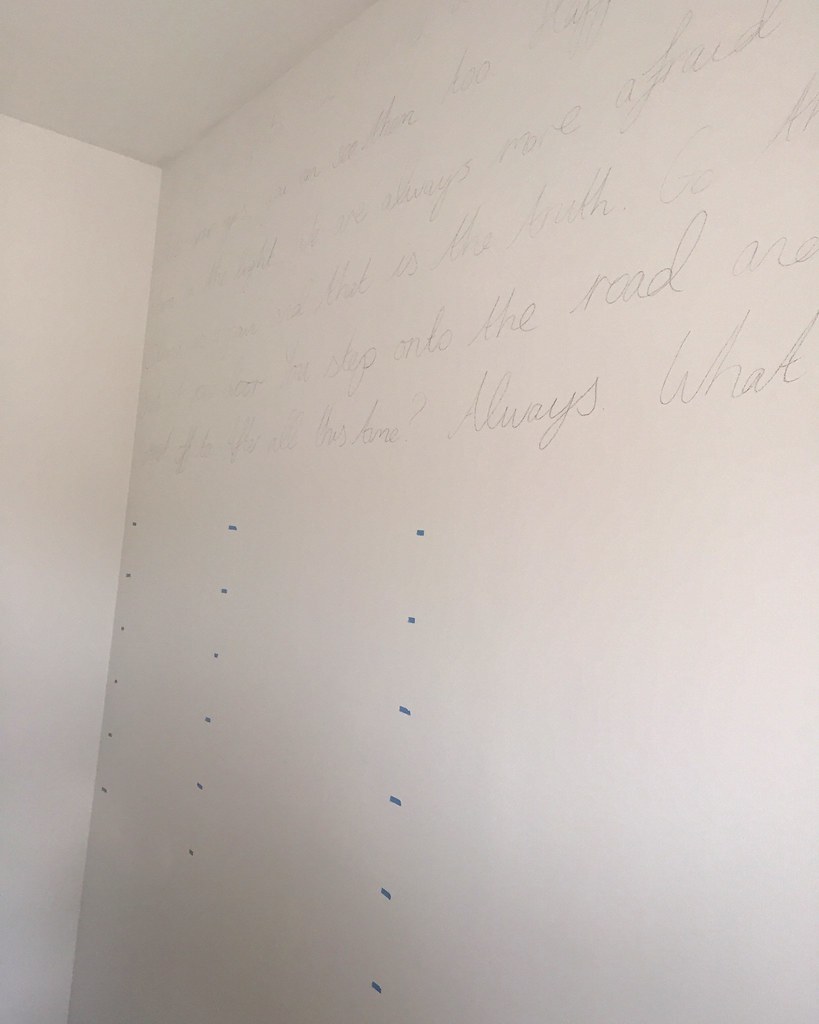 I’m really pleased with how it turned out and Topher is over the moon. Brownie points earned! It’s not perfect, but nothing is and I’m so happy with it. Even my parents were impressed when they came over to visit.

As well as the wall, we also bought two new bookcases to house all of Topher’s books as he had long outgrown our much smaller two. Now we’ve just got to save up for a couple of side tables and a new headboard and the room will be perfect. 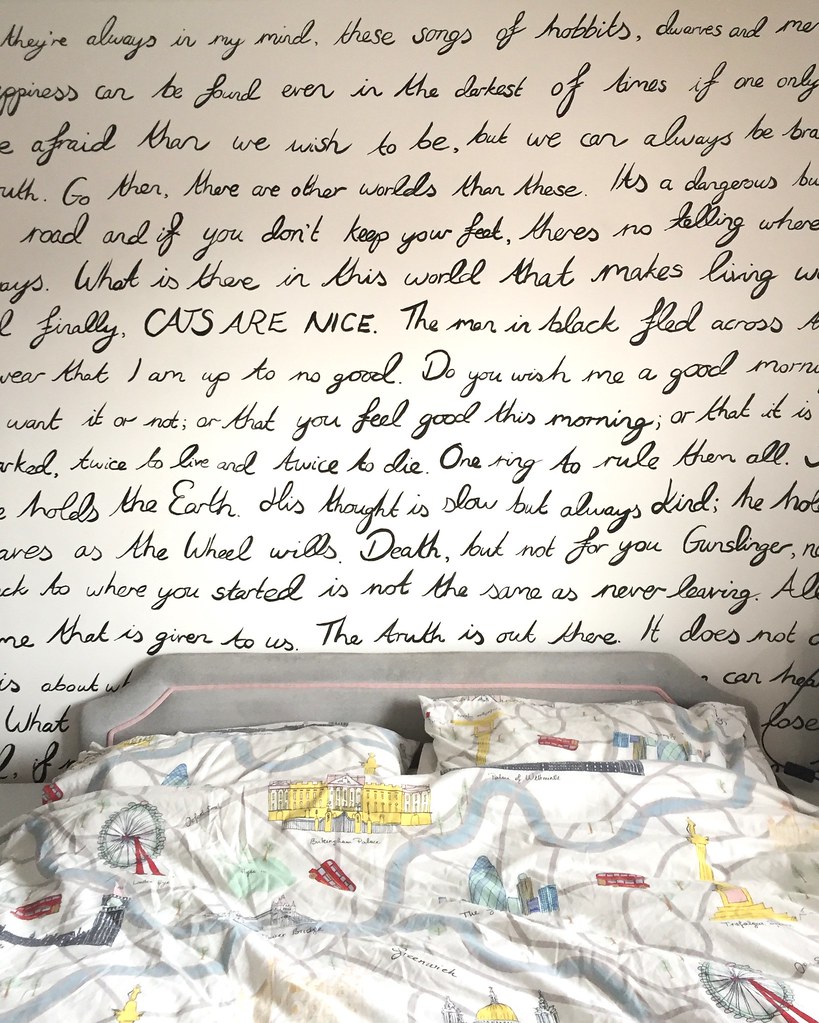 I can’t wait to start my next project! 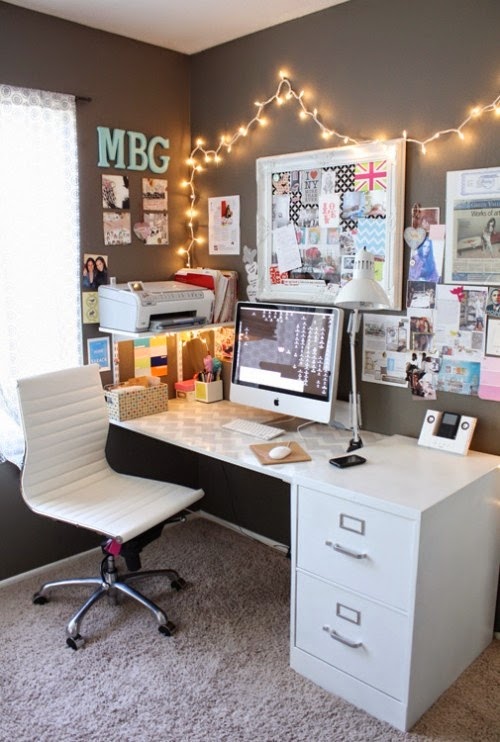 The Essentials You Need To Achieve An Easy, Eclectic, On Trend Home