Los Angeles Food: What we ate on our Honeymoon

So, Los Angeles Food. As you know, all we had was an afternoon & evening in Los Angeles so there’s not much food in this one! 4 meals isn’t too bad though (technically one is in Anaheim but shh!). Here’s what we ate:

I can’t remember where I saw the recommendation for this place but my oh my am I glad we found it. Topher is still asking for fat sandwiches today! We visited the Hollywood location and it was the perfect place to celebrate finally making it to LA. 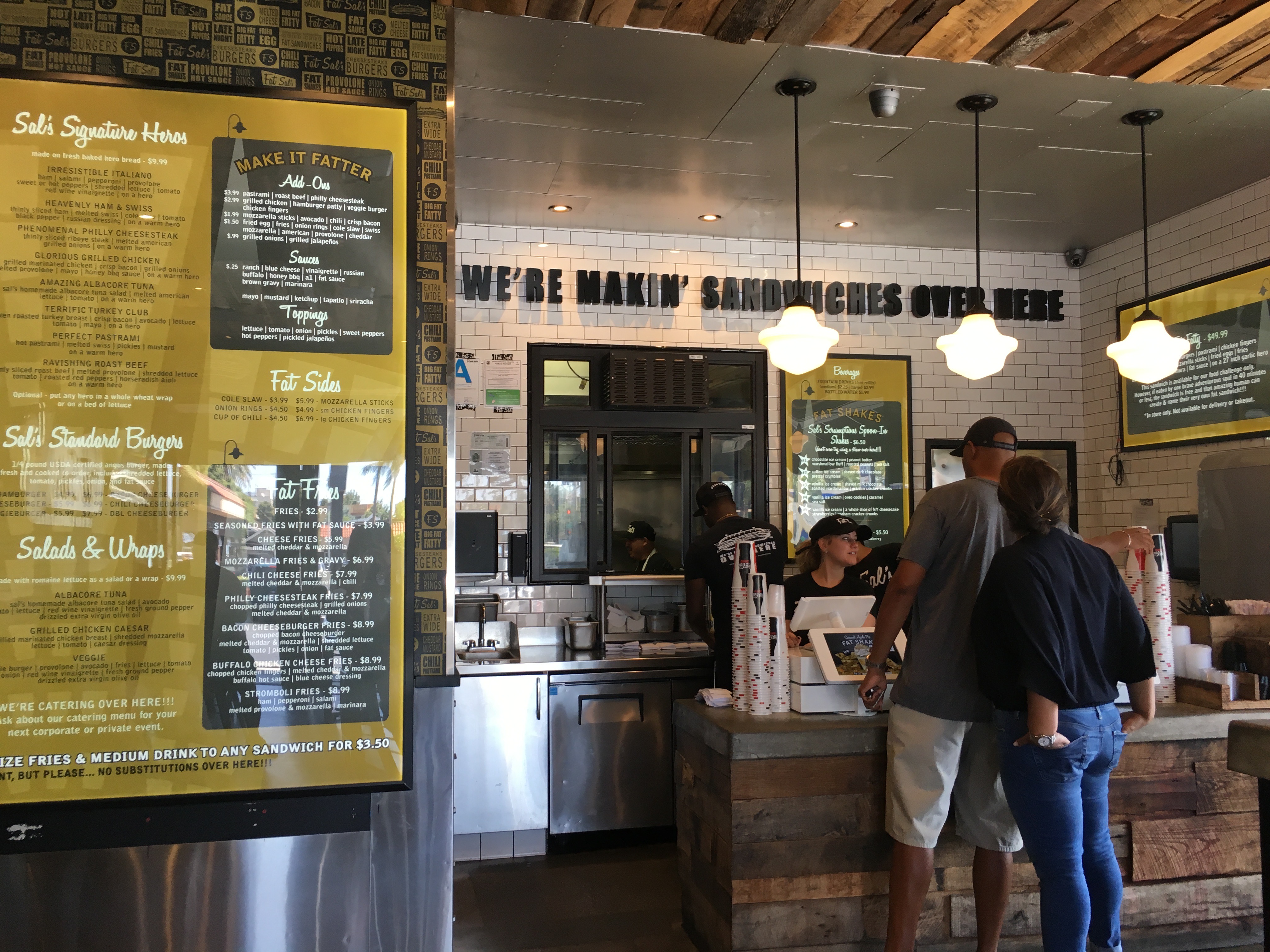 Their fat sandwiches have fries in them. That’s all I need to say! Having been stuffed to the brim with food over the previous 24 hours, we opted to share a sandwich and a portion fries. It was the perfect amount but we wanted more because it was so good. 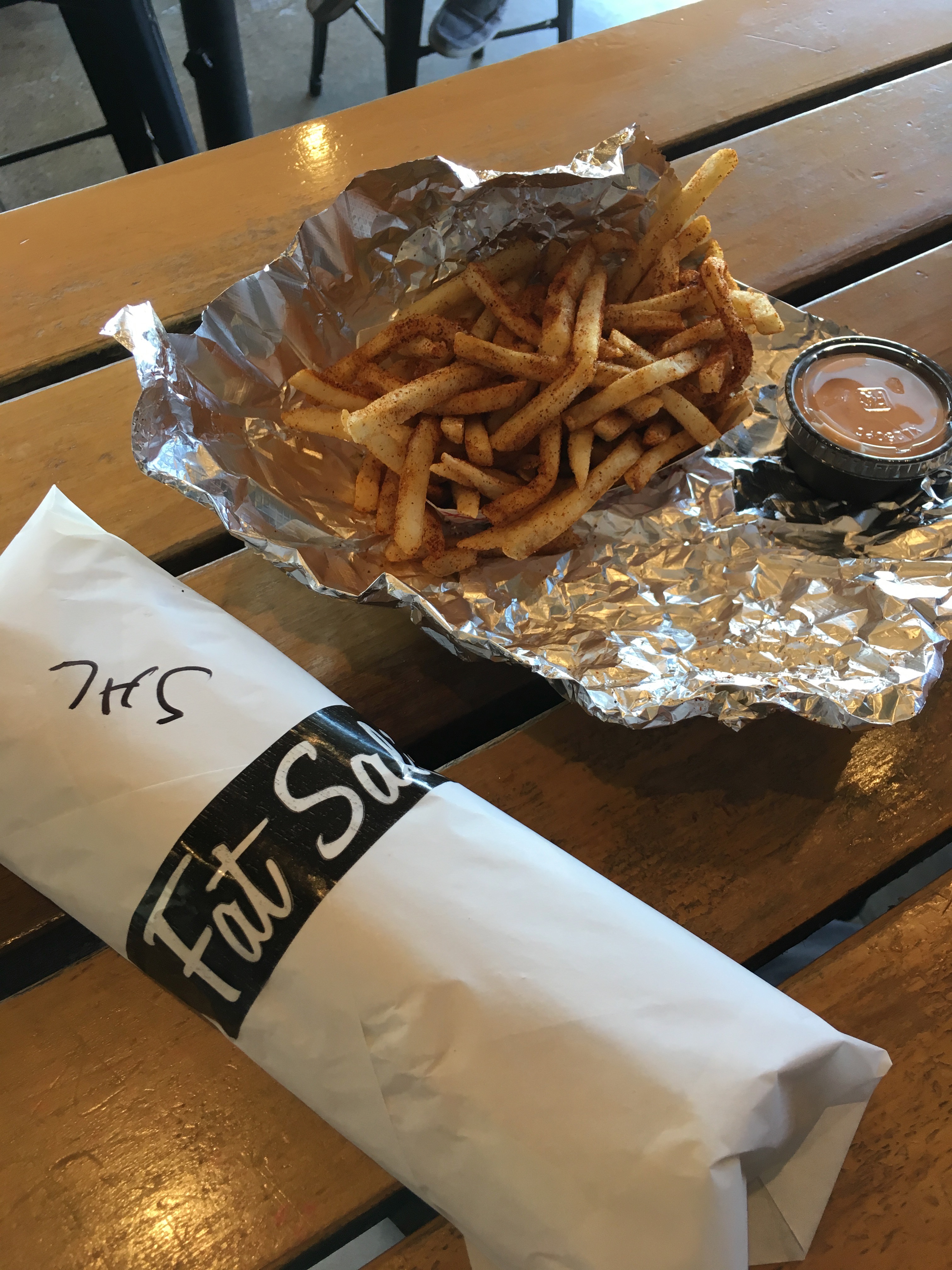 We chose the classic Fat Sal Sandwich which is roast beef, mozzarella sticks, onion rings, fries and brown gravy on a garlic hero. One word: heaven. Just pure heaven. I would kill to get my hands on another one of these. And one all to myself for that matter. If you’re ever in California or Texas, go! They’ve got a few locations in both states. 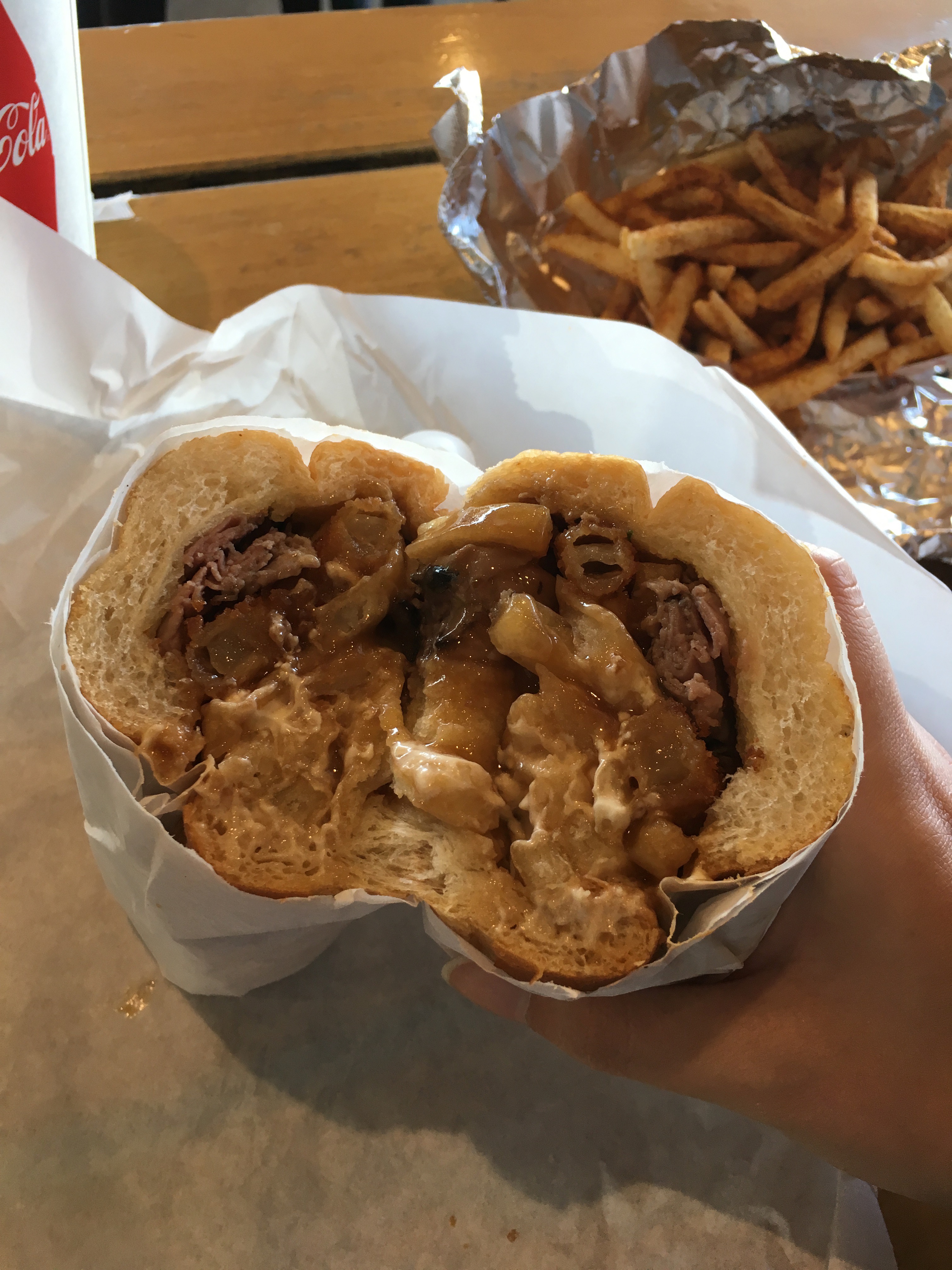 The home of ice cream and an instagramer’s dream – we stopped off at Milk for some dessert before doing our sightseeing. 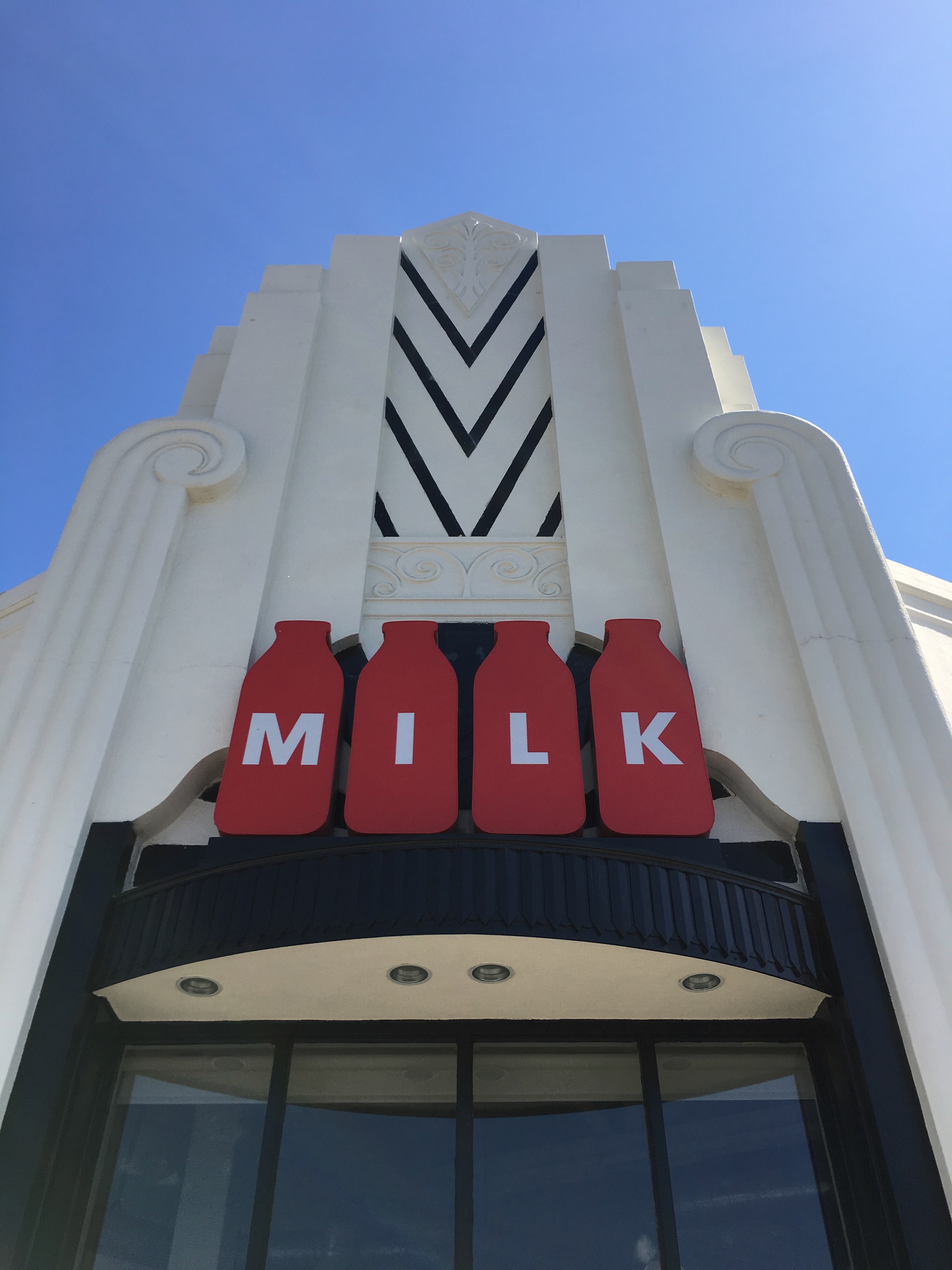 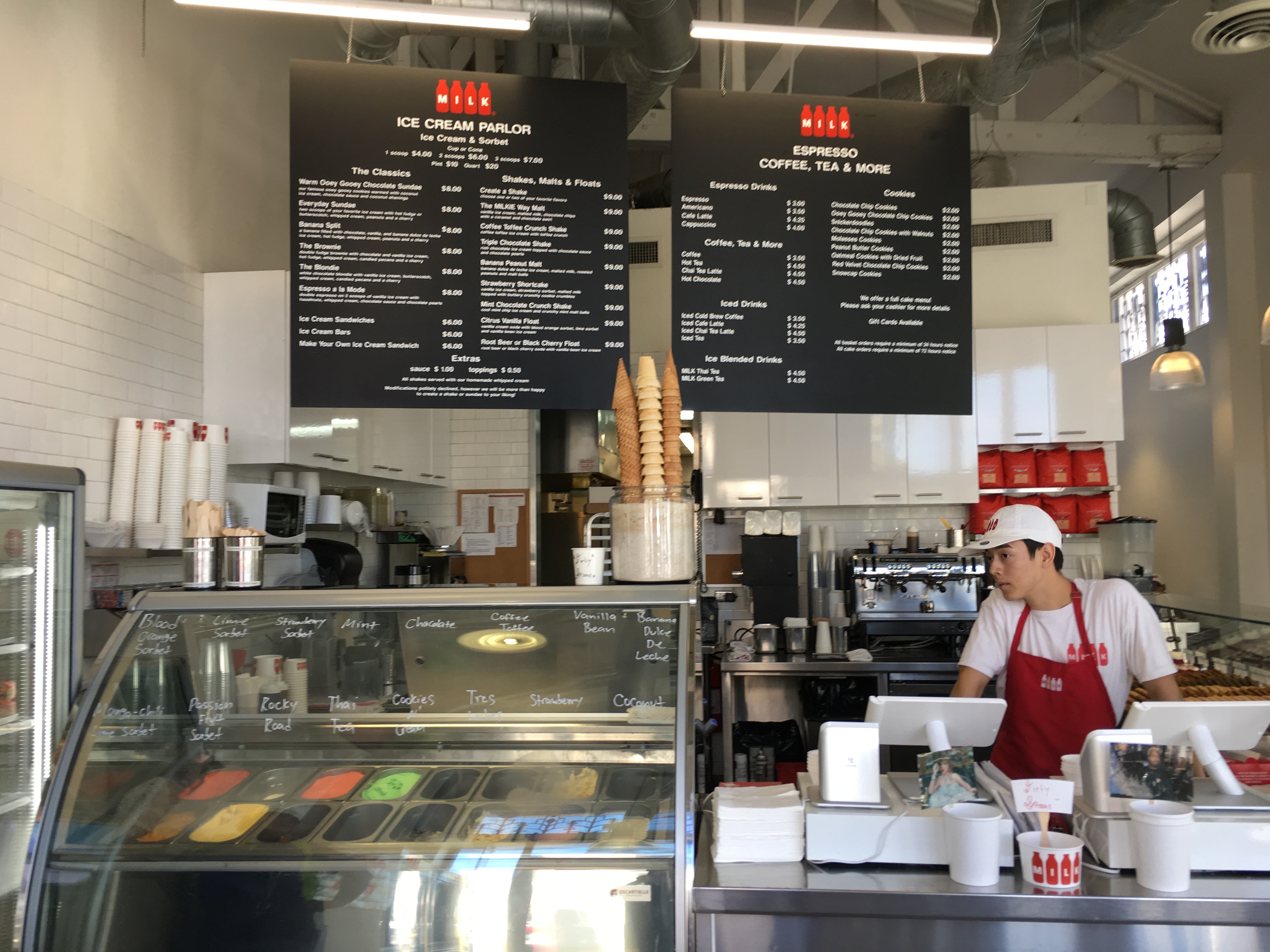 I was told their ice cream sandwiches are king and I definitely agree. Ice cream sandwiched between two large macarons, it was the perfect size to give you a sugar rush but not put you in a sugar coma. I had red velvet and Topher had some kind of chocolate which probably had coffee in it too (I can’t remember exactly). Both were great and I recommend this place.

Parking was a little bit interesting as there is none but there was a residential street nearby that looked safe enough (in terms of getting a ticket kind of safe!). 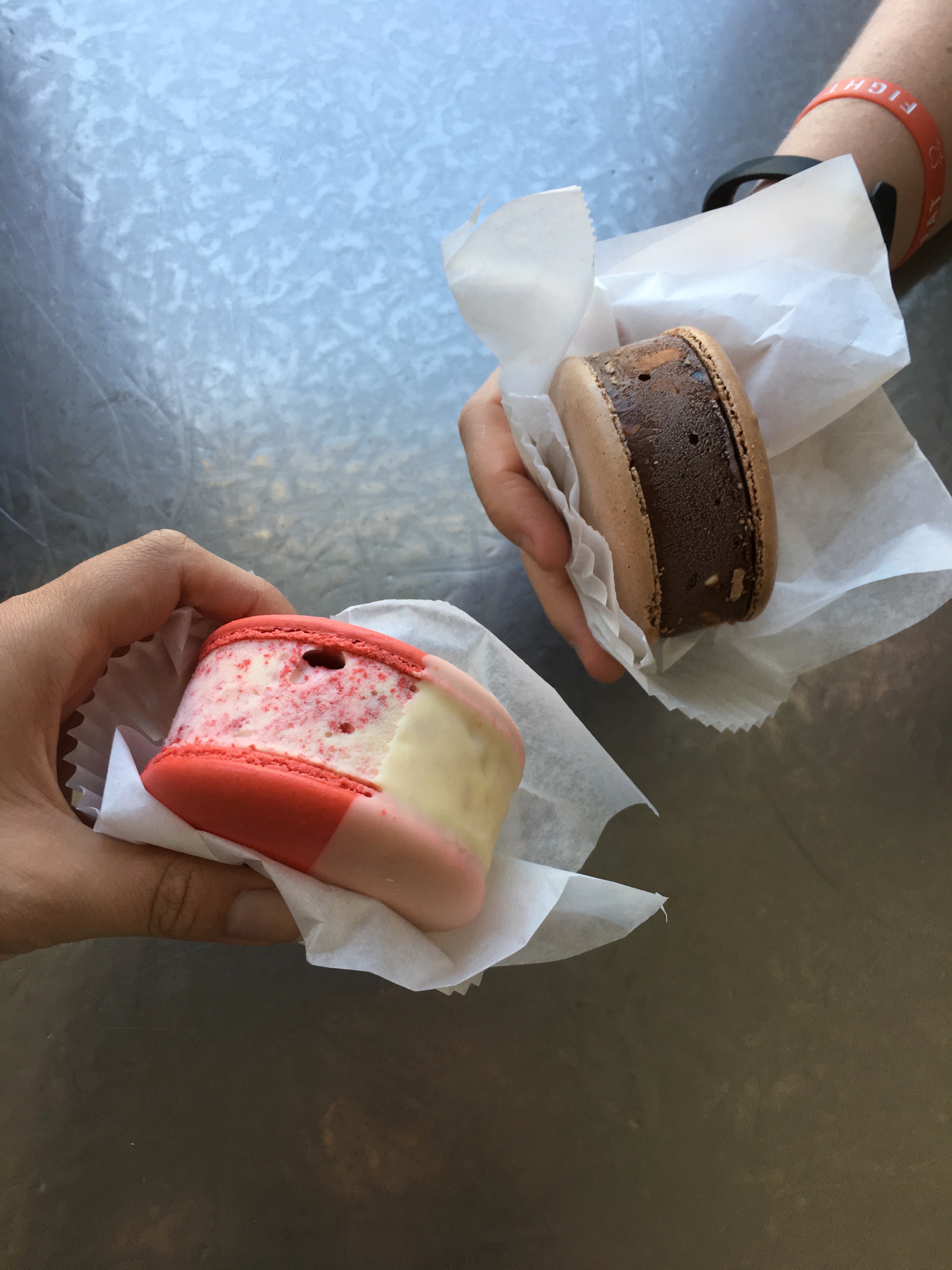 I told myself we would avoid chains (at least ones we had tried before and that you can get everywhere) but after our sightseeing was done in the evening, we headed to Souplantation. The same company as Sweet Tomatoes which Topher and I love; we knew we would need an injection of something green in our diet during the trip. It’s basically a giant salad bar buffet where you can also get soups, and other hot foods along with dessert.

We piled our plates high with veggies and it was awesome. I may have had some cornbread too which I’m known among friends and family for stuffing my handbag full of the stuff on the way out. This time, it was just a couple of pieces on my plate. I also discovered their snickerdoodles which were so incredibly delicious and I don’t remember seeing at Sweet Tomatoes so I’ll have to keep an eye out on our next trip. 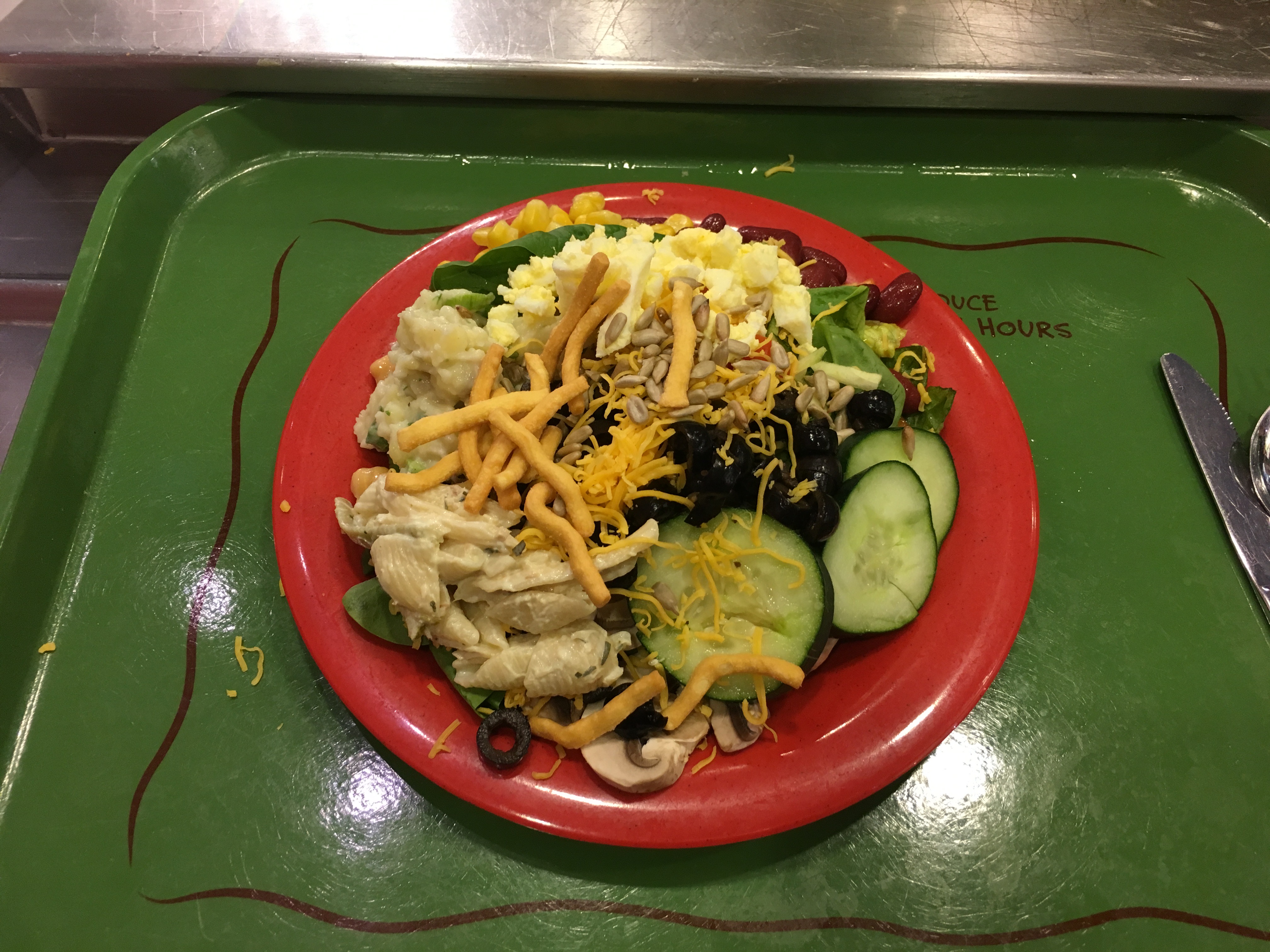 In the morning before heading out to Universal Studios, we were in the mood for pancakes so we went to The Griddle Cafe. 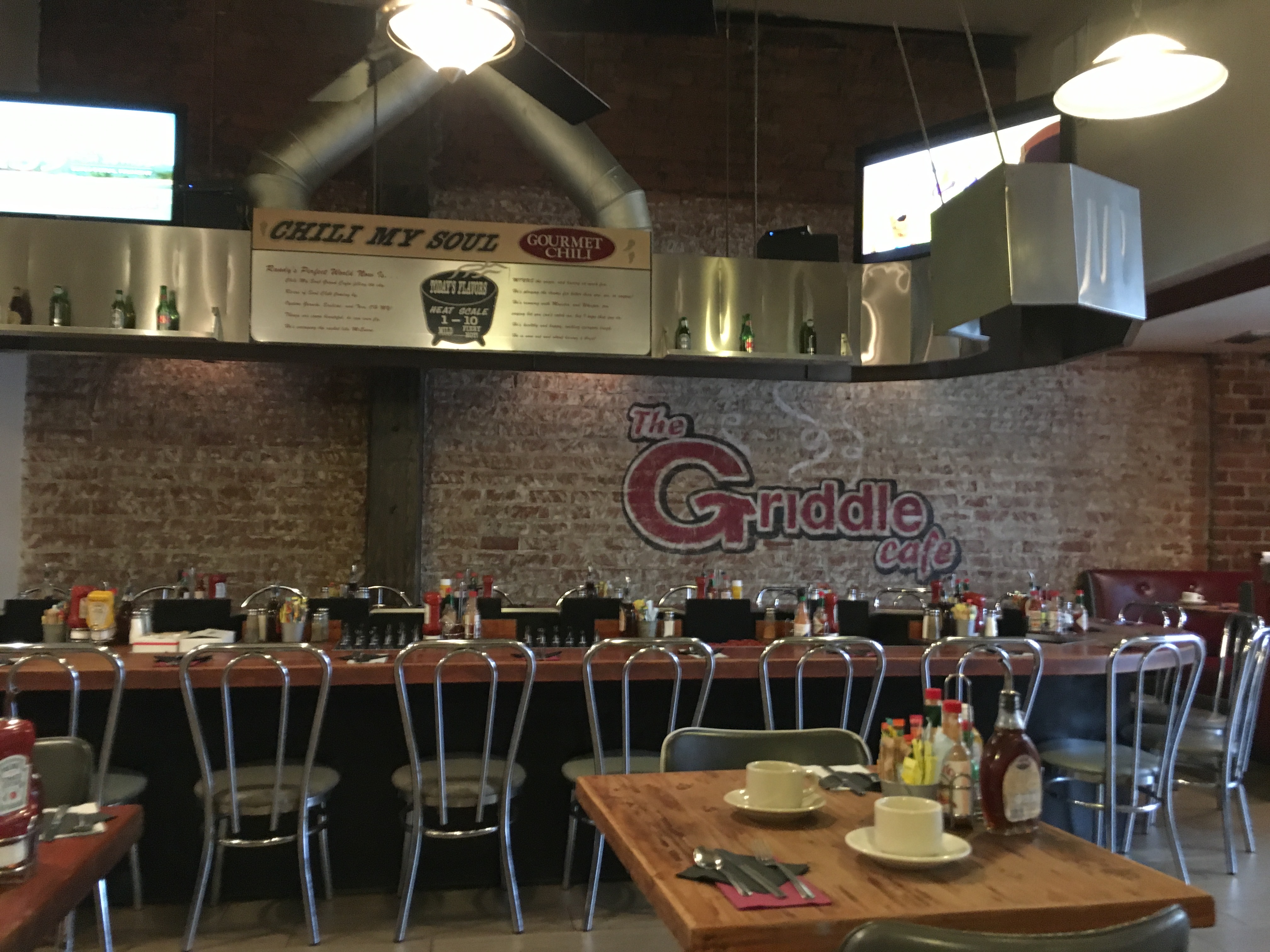 The menu was very impressive and the flavours were really out there and interesting. I decided to go with “tis the season” which was pumpkin flavour pancakes and Topher decided on an espresso based stack called Eyes wide open (surprise surprise) 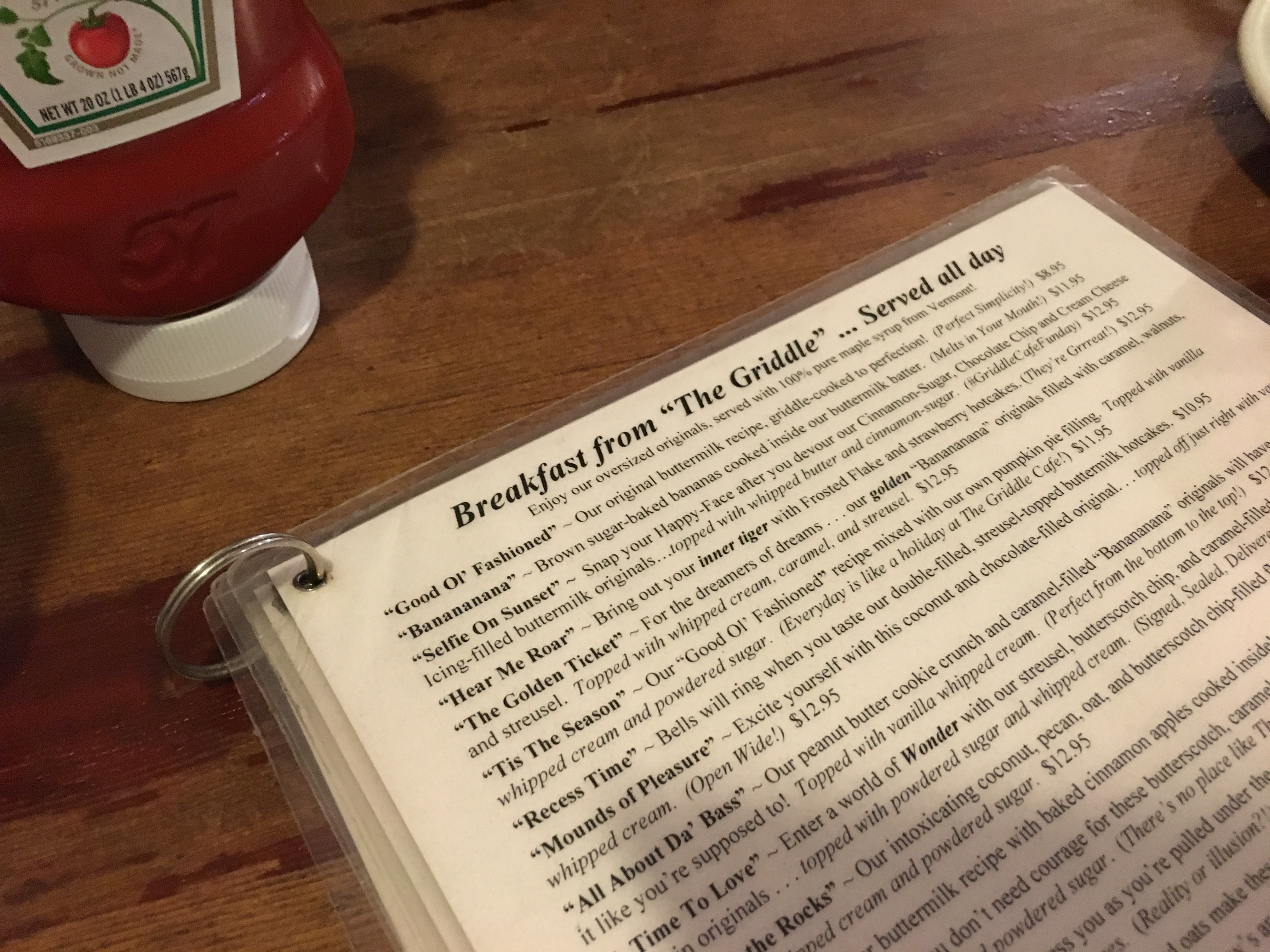 So I was aware that the portions were big…I just didn’t realise that they were this big! Seriously kids, it’s nice to share. Please share! 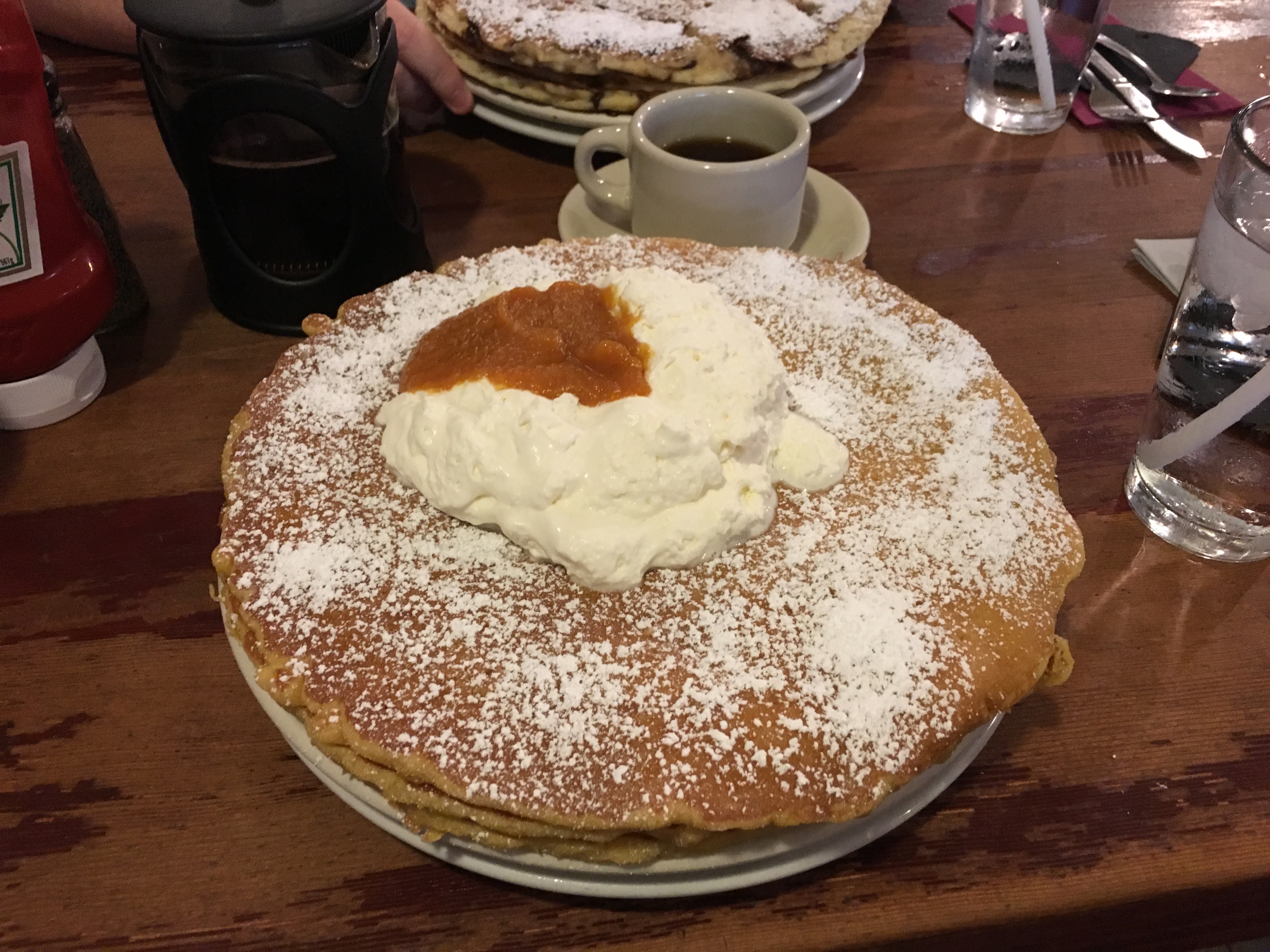 I mean this is ridiculous! 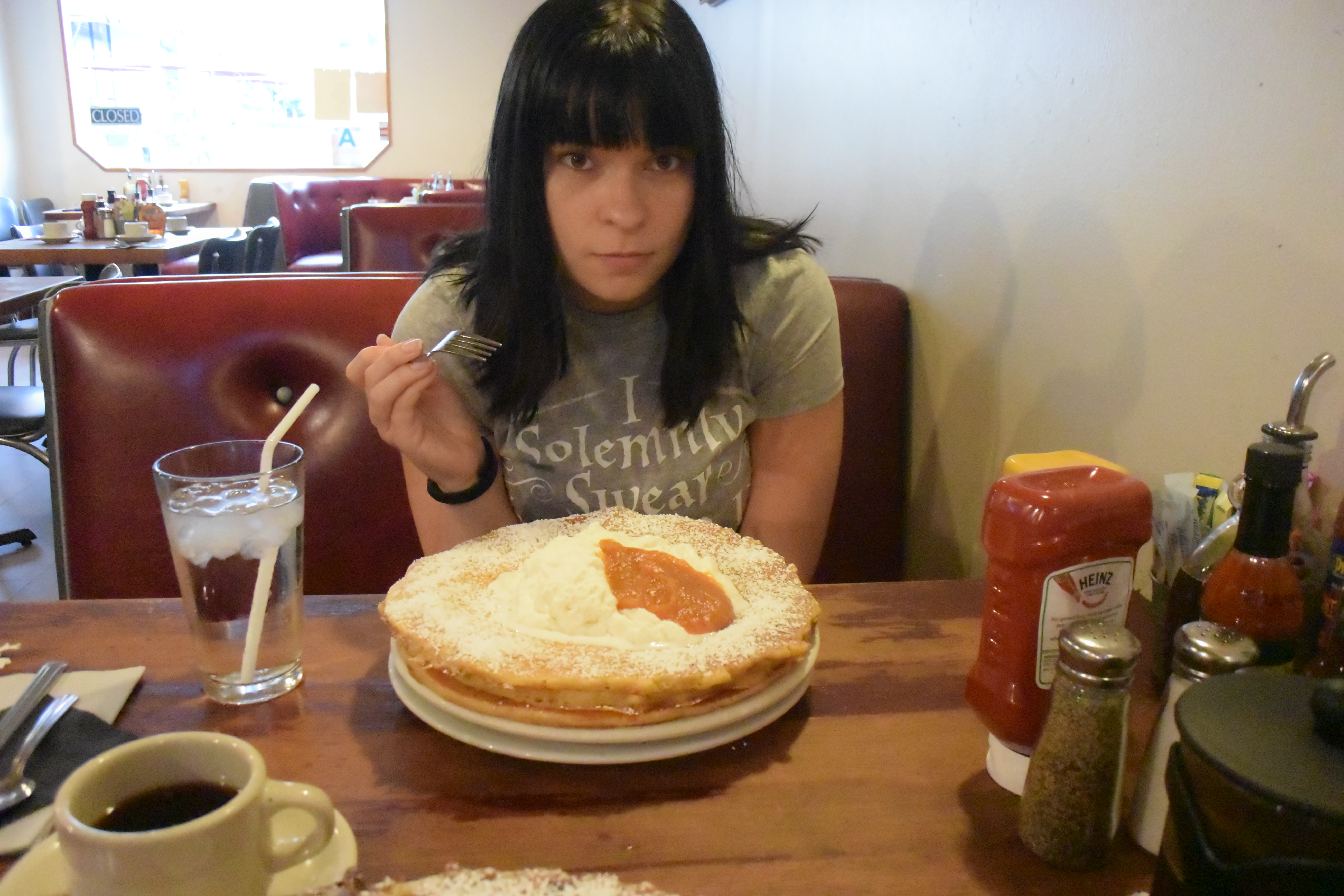 Even Topher struggled. Neither of us finished even half of our stack and for Topher that’s saying something. I felt so guilty for wasting so much food. 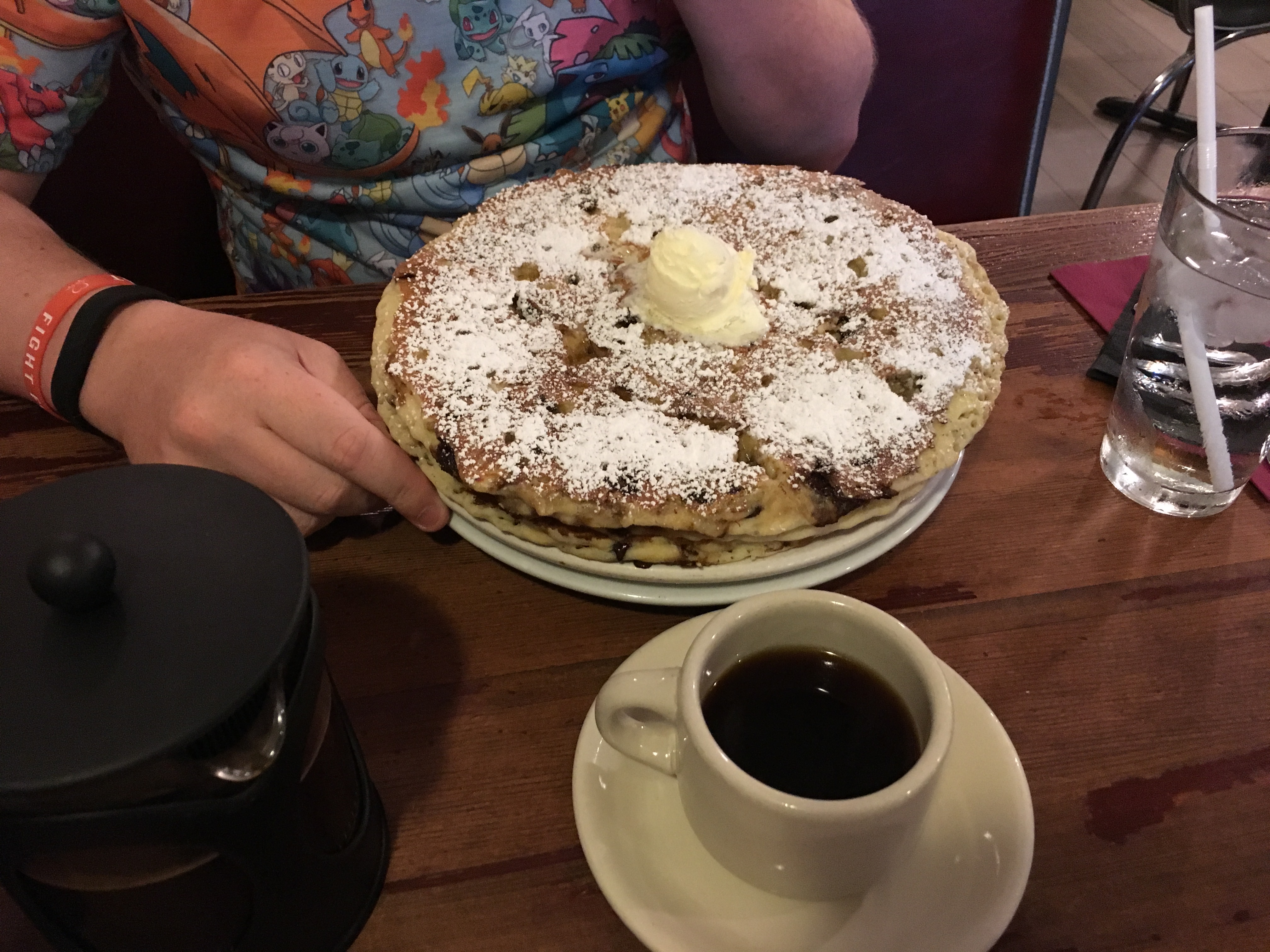 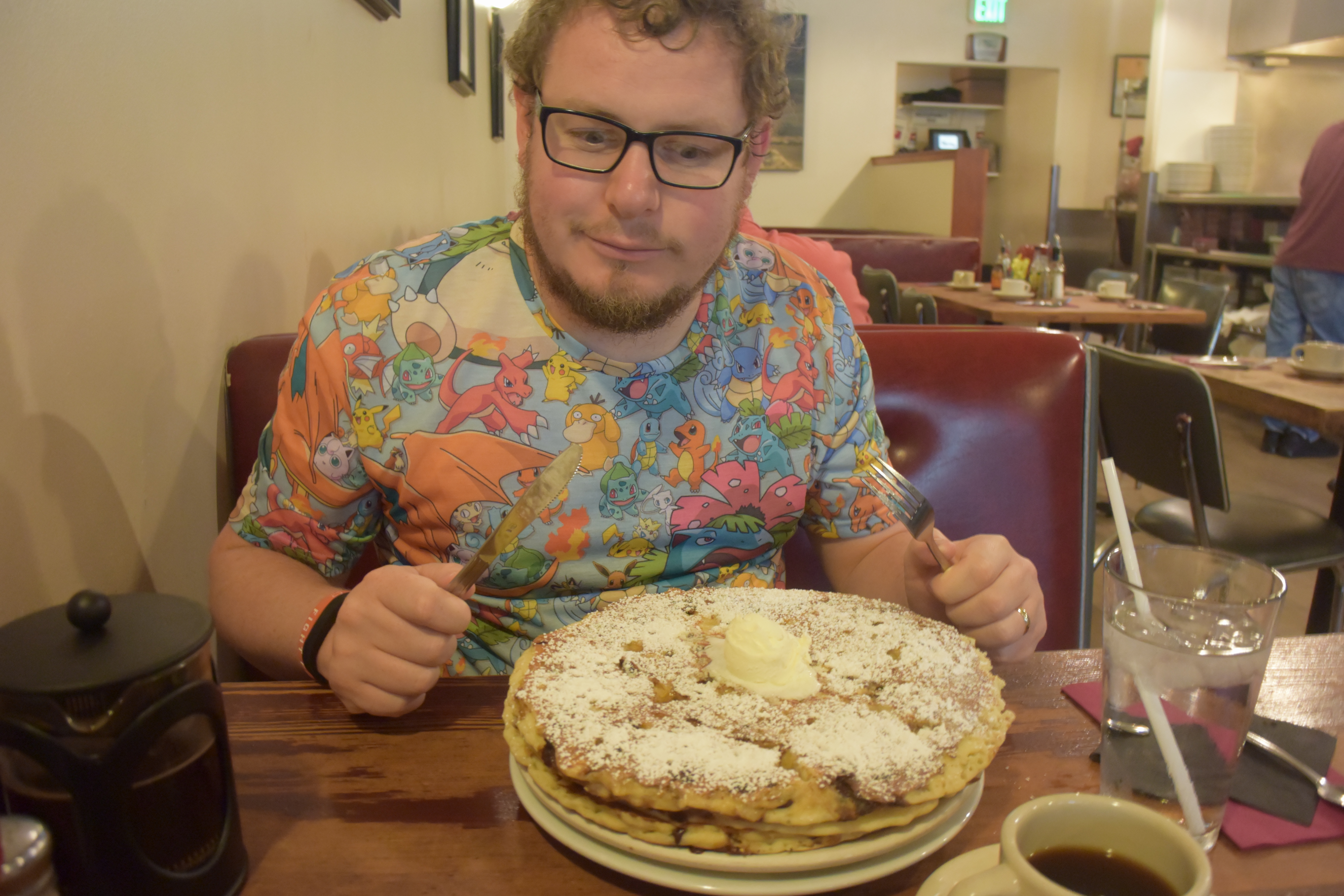 He said his was nice but didn’t have enough coffee to it and as for mine, they were so delicious. They got the amount of sweet just right so it wasn’t too much. Apart from the size, my only problem with it was the huge amount of whipped cream on top –  it soaked into the stack and made it waaaay too sweet. I think I would have been able to eat a bit more of it without it. Still wouldn’t have been half but it would have been something.

We couldn’t even take leftovers as we were going to Universal and then off to our new hotel in Anaheim. I would definitely recommend this place though. Just be prepared for the size and share between at least two people. 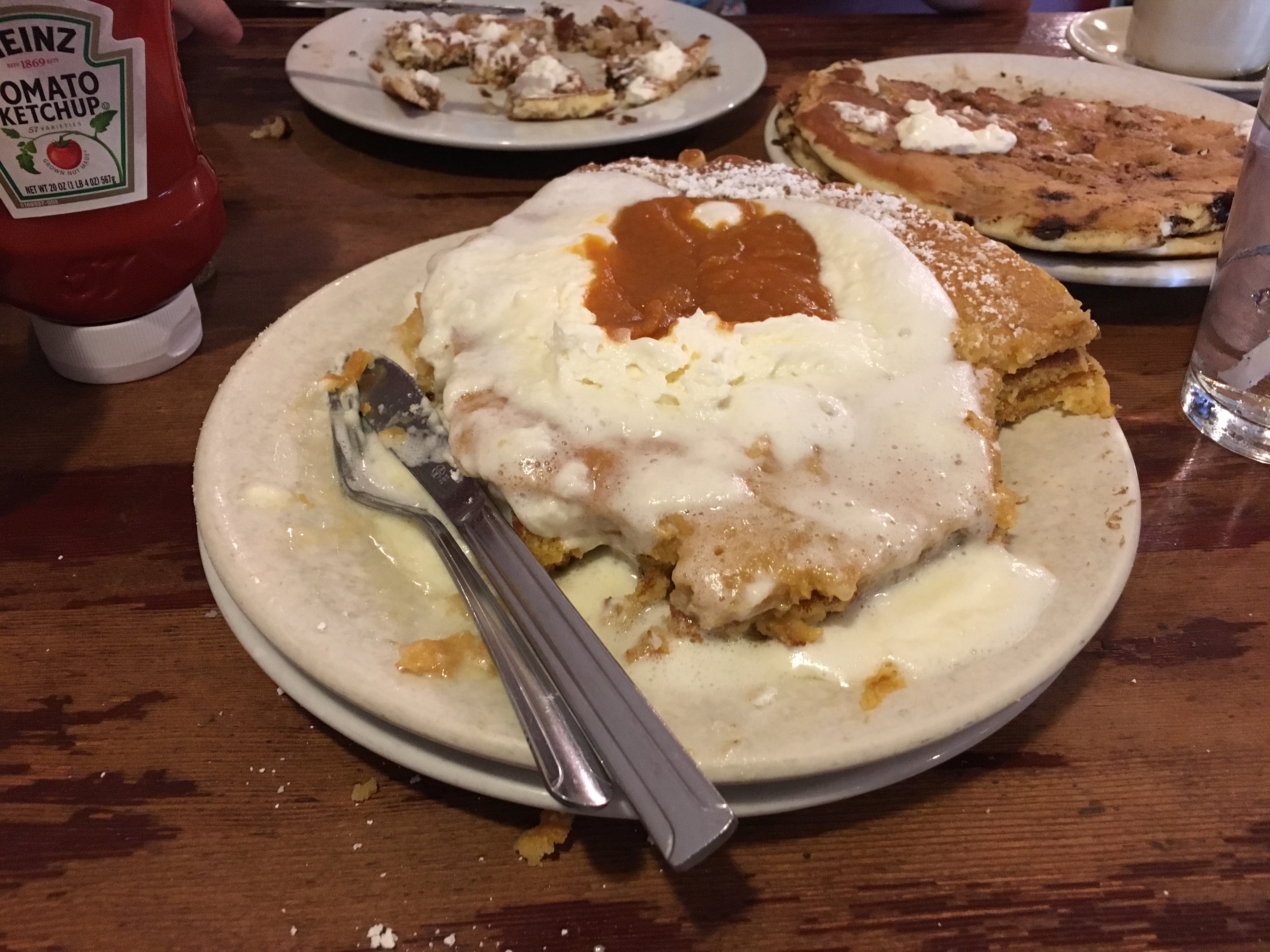 In N Out Burger

Finally, we couldn’t go to California and not sample In N Out Burger. We went to one in Anaheim near our hotel after getting stuck in a load of traffic so we couldn’t wait to eat. We both ordered cheeseburgers and a side of fries, “Animal Style” to share. For fellow first timers, Animal Style fries are not on the main menu – they’re on a secret one so you just have to ask when you order.

I wouldn’t call it a religious experience but it was tasty and definitely just what we needed after a long day. I’d go again if I was in the area! 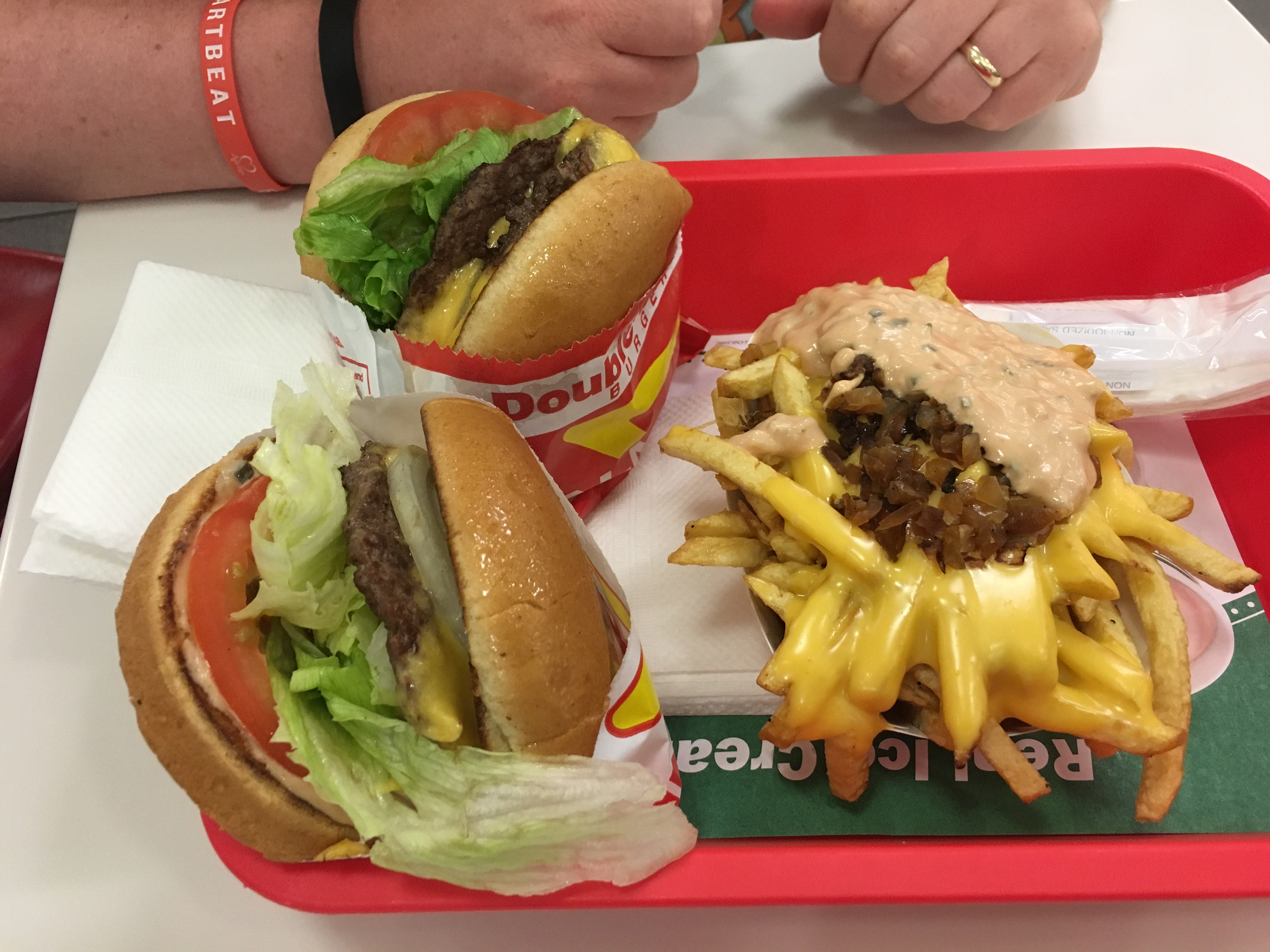 And that’s everything we ate. Stay tuned for next week when I post about what we got up to at Disneyland and Universal Studios. 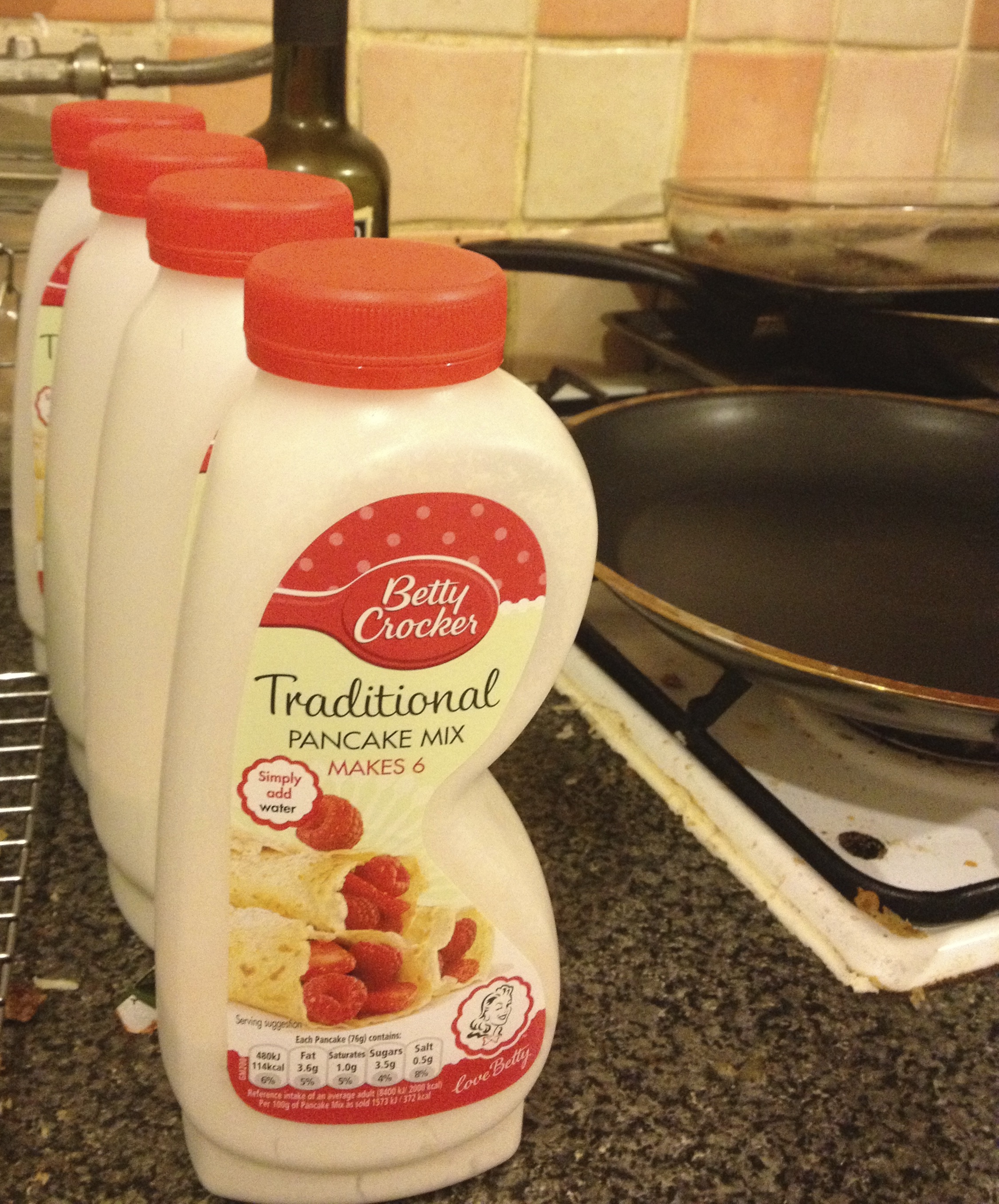 Pancake disaster: This is a how to on how to screw up

Taking a Look at the Past for Future Travel Inspiration