They’re here! The Manchester Christmas Markets have arrived. It felt like they had been open forever before we finally managed to get ourselves down to them. I would walk past them every Friday but Topher and I agreed to go together so I waited oh so patiently. I know it’s still November but I like to at least go for the first time before December and especially on a week day because it’s so much less crowded! 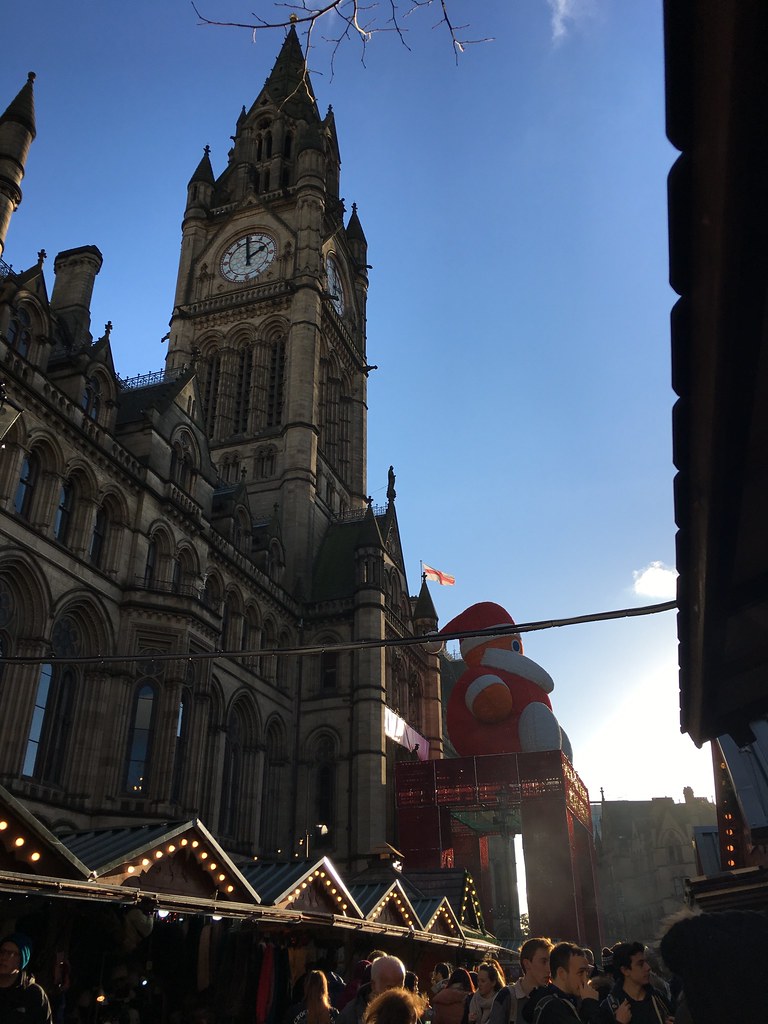 So this year, the Manchester Christmas markets have expanded even more to cover more areas of the city centre. I was pretty excited about this until we actually discovered that there where a hell of a lot of duplicate stalls dotted around. I guess they’ve been made bigger to spread foot traffic around rather than add more unique stalls. It’s not the end of the world but don’t kill yourself trying to walk round the whole city centre if you don’t need to. There’s plenty to see in the individual areas. 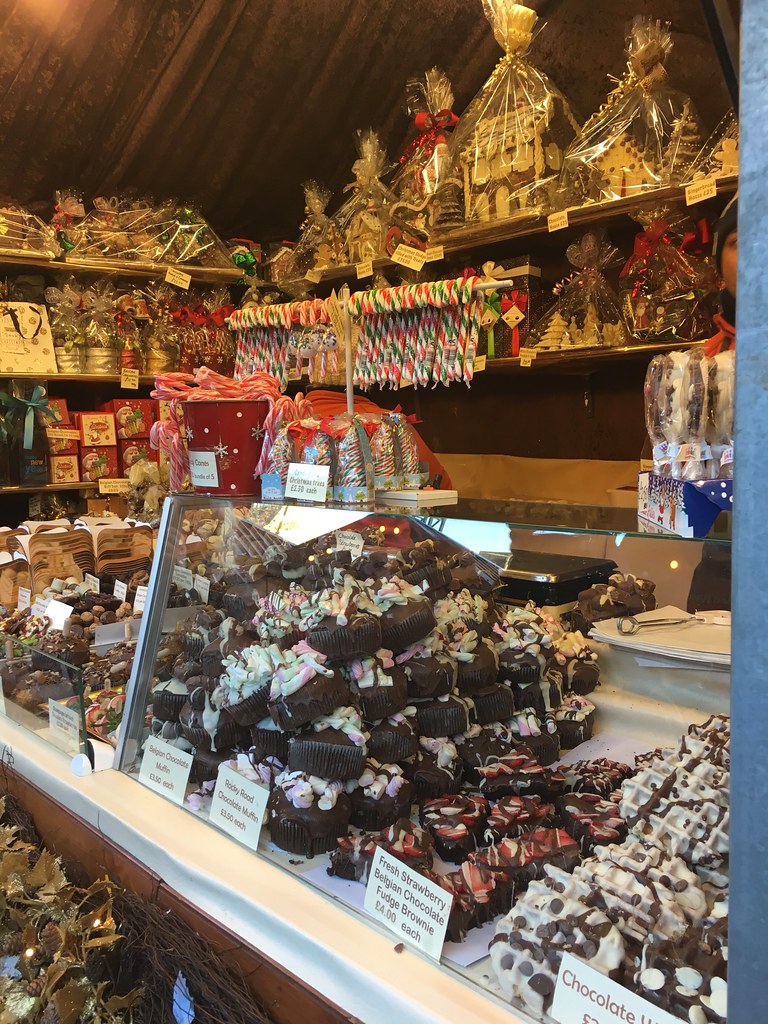 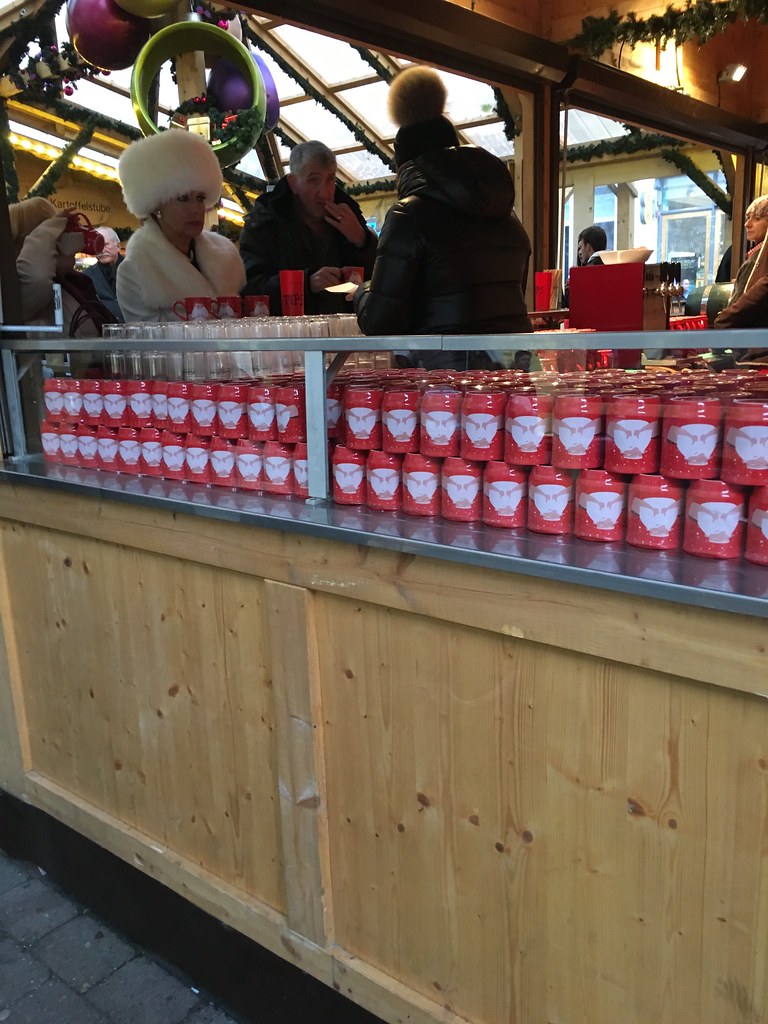 Anyway onto the most important subject of the markets. Food! Now I have to say that I’m not the easiest person to cater for due to not eating pork but I was determined to find something other than the cheesy potatoes or beef burgers that I usually get. Topher finds it funny that it’s not really down to religious reasons that I don’t eat pig, or even moral ones – it’s just something I do.

I’m half Arab. I’m not religious, nor is my dad, though that side of the family are on a range from devout Muslim right up to completely westernised. I was just brought up not to eat it and I don’t. I can’t speak Arabic and I don’t look particularly Arab (I’m so pale I look like a ghost next to my cousins) so it’s the one piece of culture I can cling onto I guess. And for those thinking “ermegawhd how can she live without bacon?!” I do quite easily. I tried bacon twice and both times I felt sick for the rest of the day. And I’m not a big fan of pork having accidentally eaten it a couple of times. And the last thing on this particular subject, nothing happens when I accidentally eat pig. In fact, “I don’t blow up if I accidentally eat pork” is one of my favourite Arab jokes to use on people. The reactions are a hoot!

Anyway, back to the hunt for food. There was a pretty decent selection this year. I saw chicken paella that the chorizo wasn’t mixed in but could be added on after and I also found the holy grail of options. Beef sausage hotdog. Topher was right on point when he said this was my reaction:

Very accurate. Anyway, with giant hotdog (and pretty tiny bun) in hand, Topher got a “currywurst” and we tucked in. 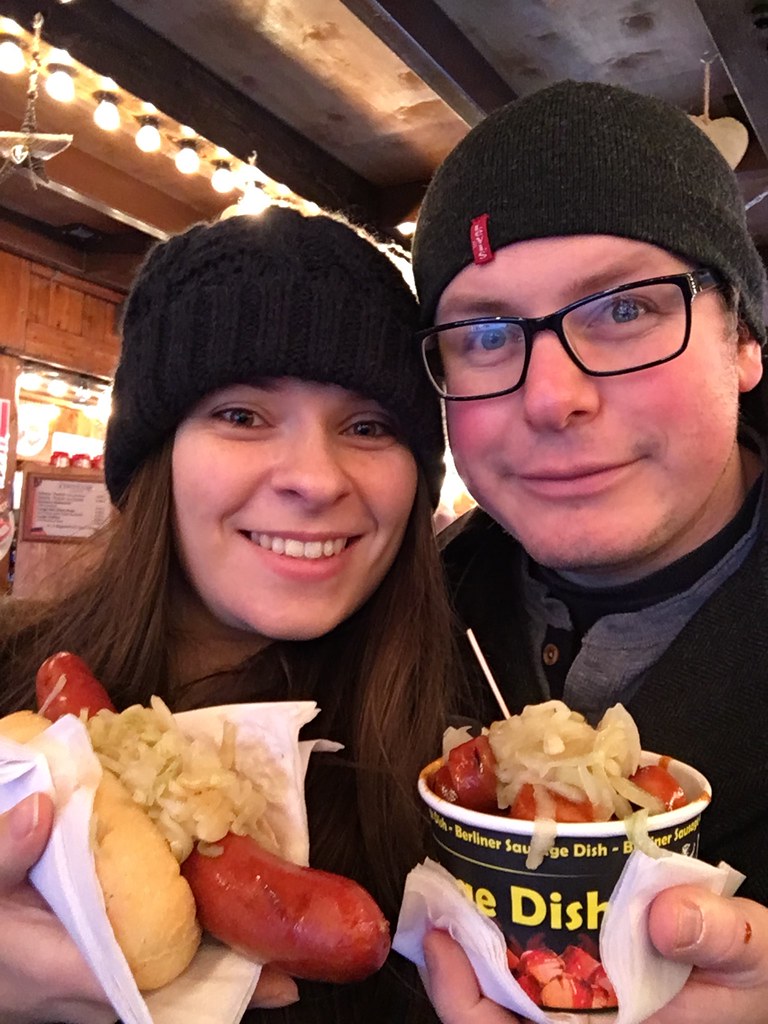 I enjoyed it though could have done without the chilli inside the hotdog. Luckily it wasn’t too overpowering! Topher enjoyed his currywurst though said it was on the small side so we went in search of the burger stall that we usually frequent. 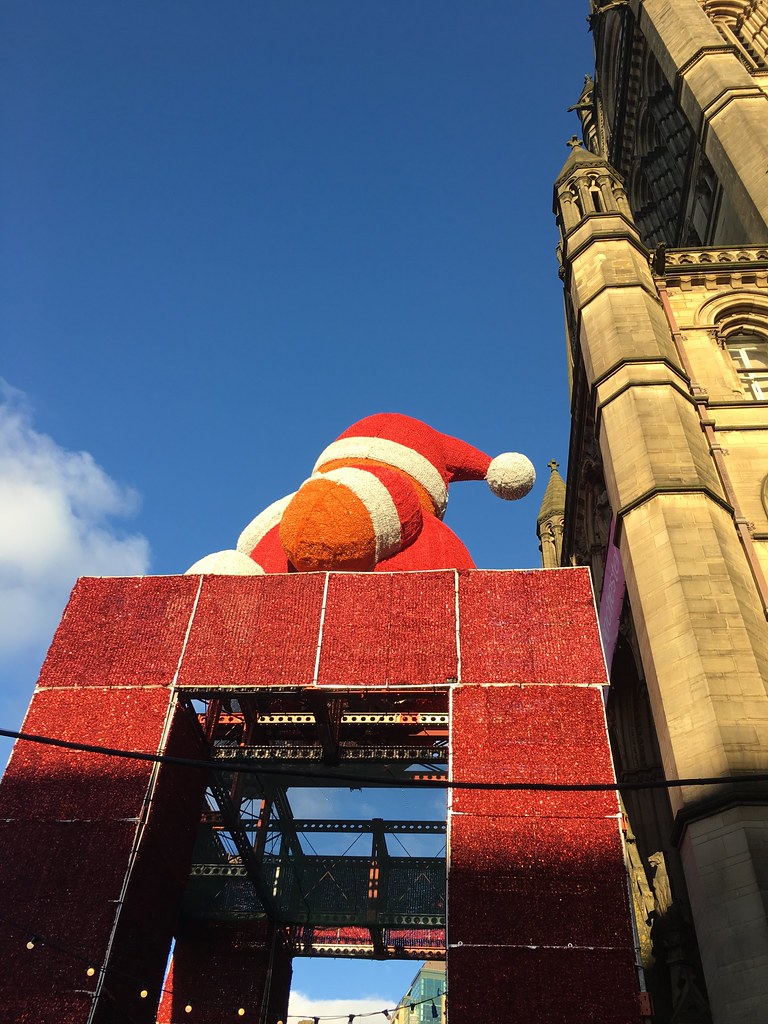 It’s safe to say that he was happy with his choice! I went with a traditional mulled wine which was tasty though I sensed less alcoholic than previous years. 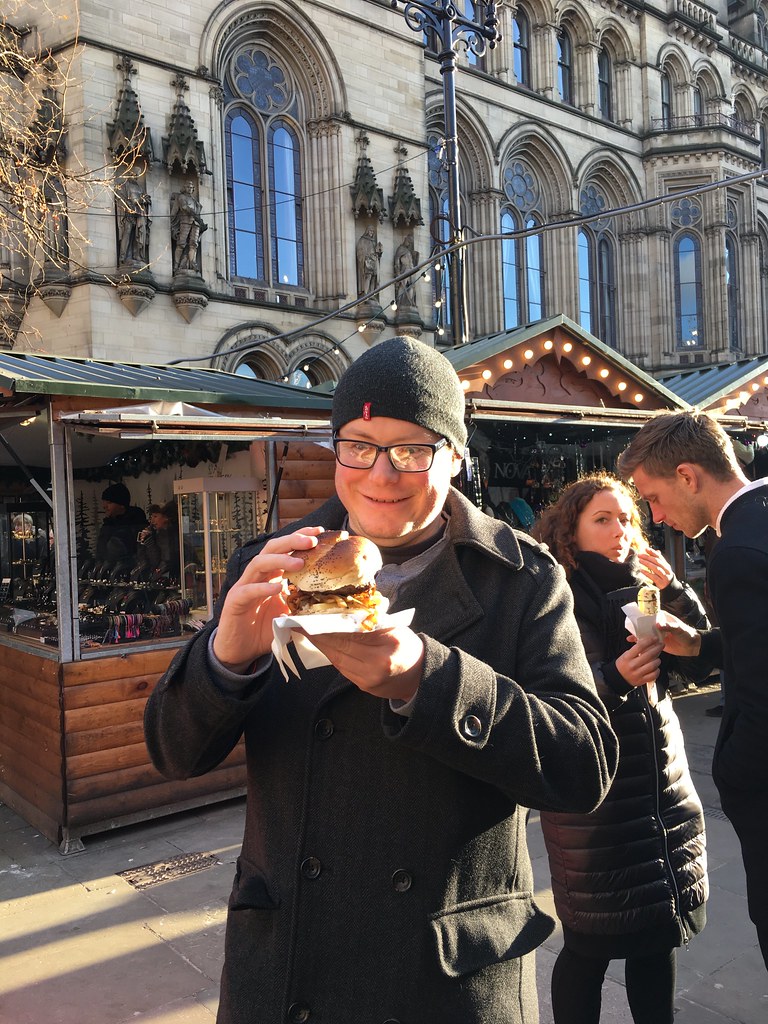 Watching Topher eat his burger, I was reminded why we always come to this stall. The meat is good, there’s lots of choice, the cheese isn’t cheap rubbish and there’s always a good selection of chutney’s to choose from. Definitely recommended! 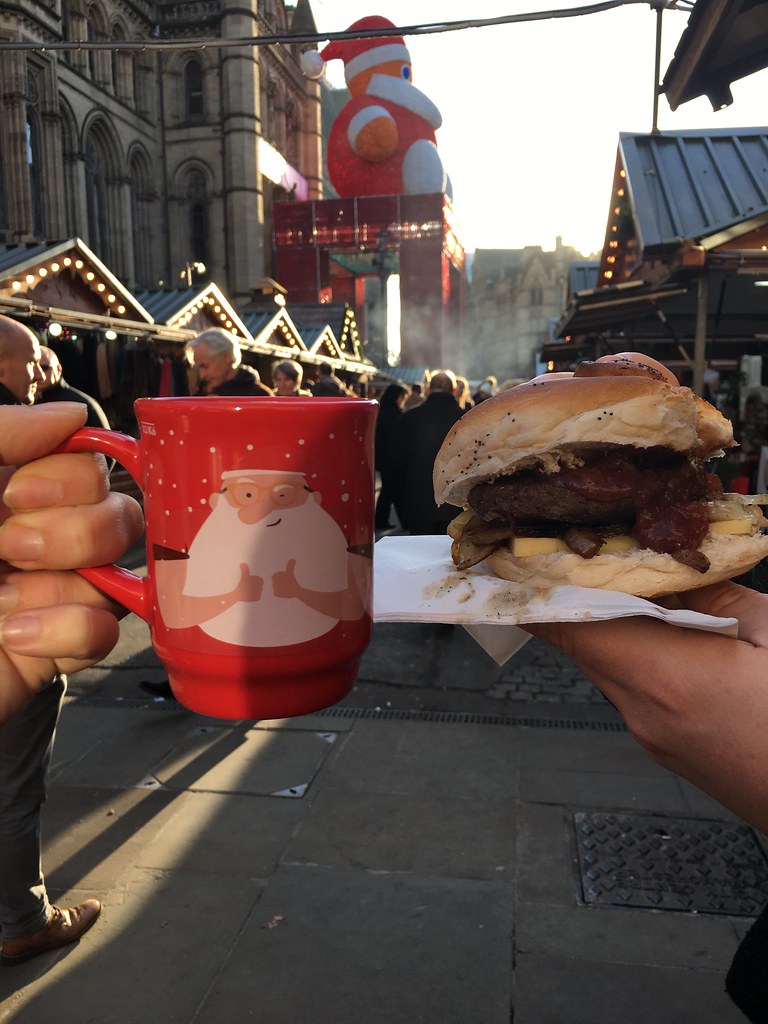 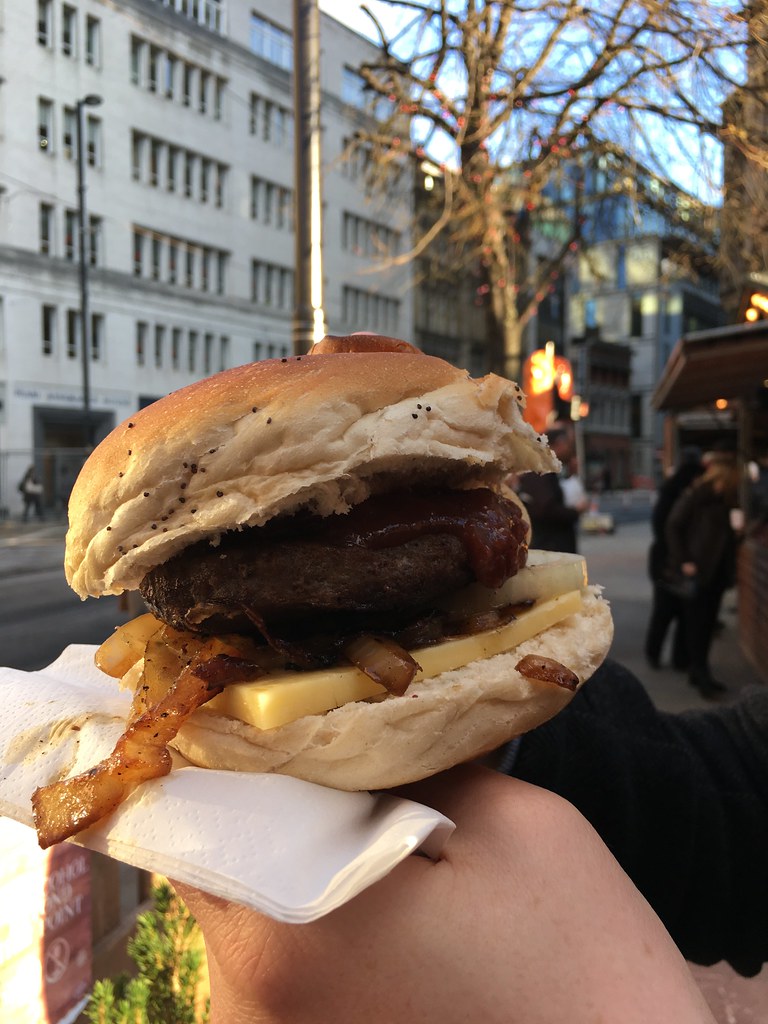 So with full bellies, we walked all around town before stopping off for dessert. Of course! Usually I frequent the mini pancakes stand but this year I wanted the whole thing so we headed to one of the crepe stalls. Topher got plain Nutella and I picked Nutella with banana so I could at least say I’d had some fruit that day! 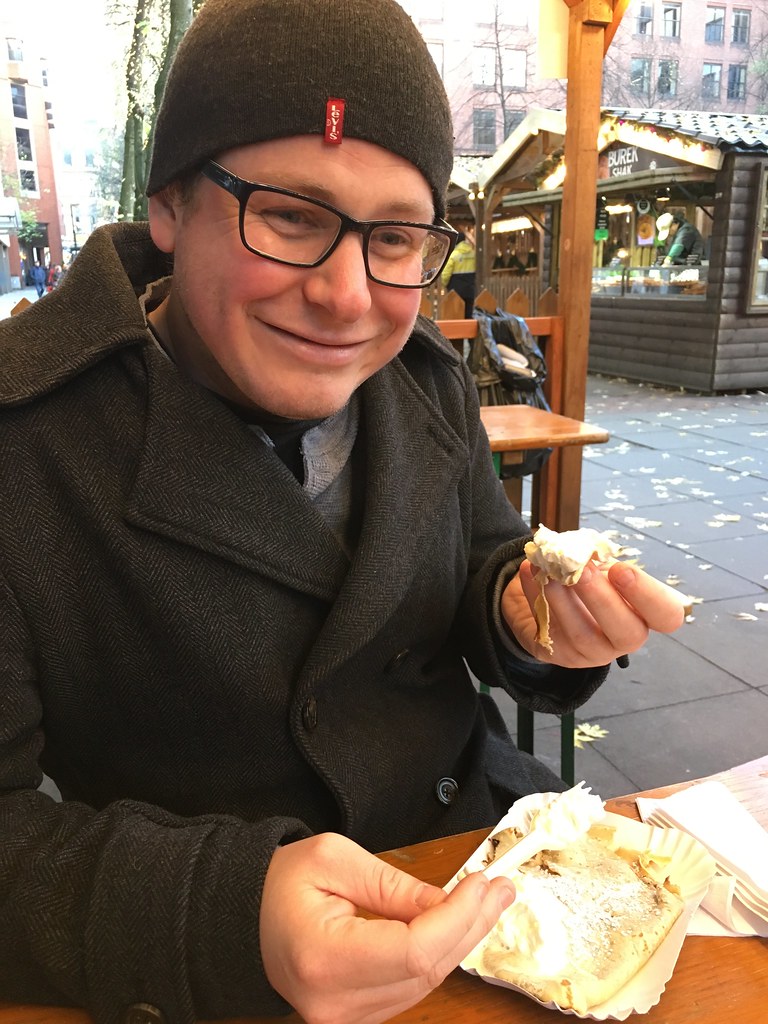 Delicious as usual, though I broke my plastic fork. They could really use some of those forks that have a knife on the side of them – have you ever seen those? They’re amazing! 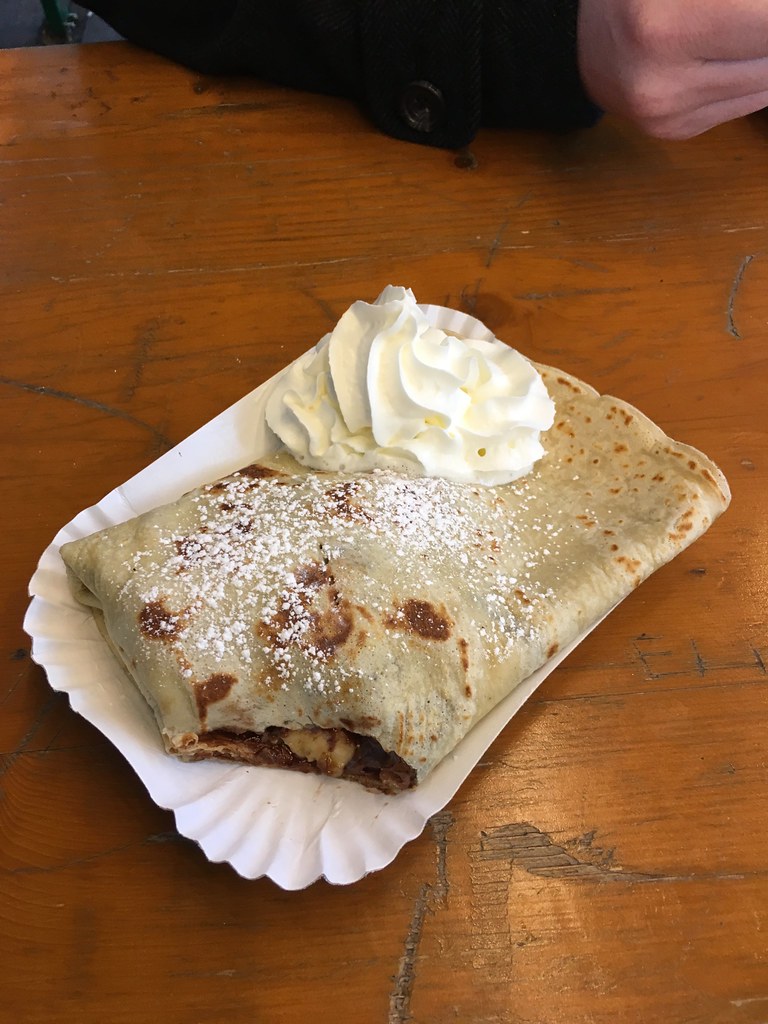 And of course it’s not a trip to the Christmas markets without a stop at the chestnut stall. How is there only one of them? It’s always in St. Anns Square and I never see them anywhere else. Am I missing them? 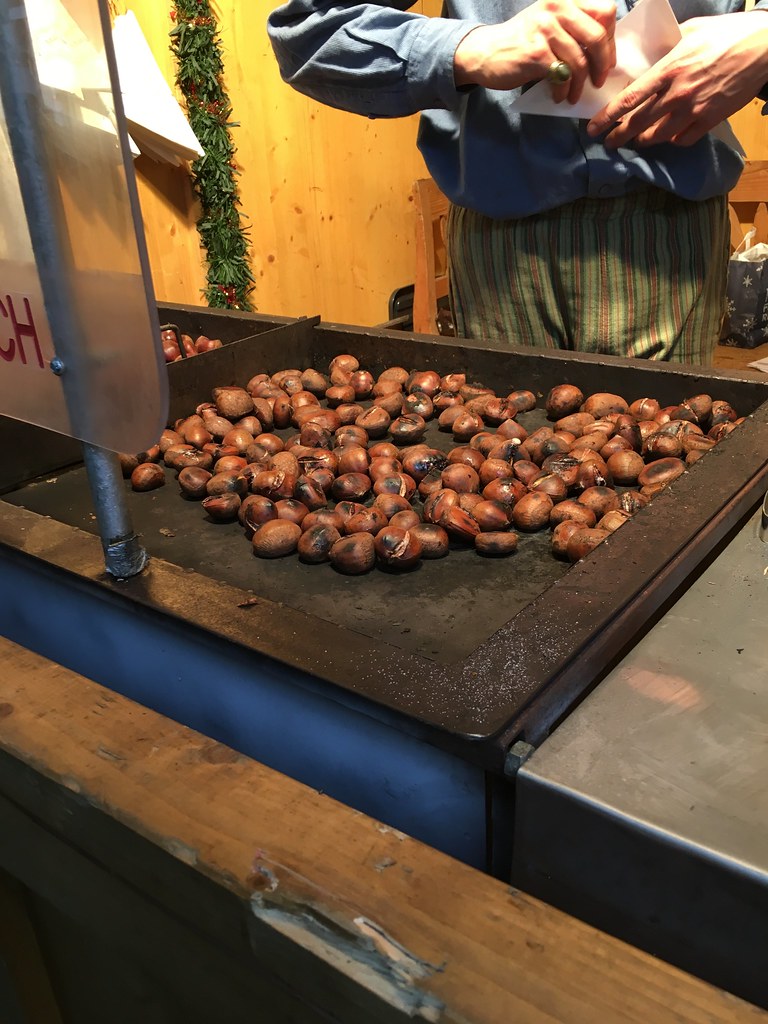 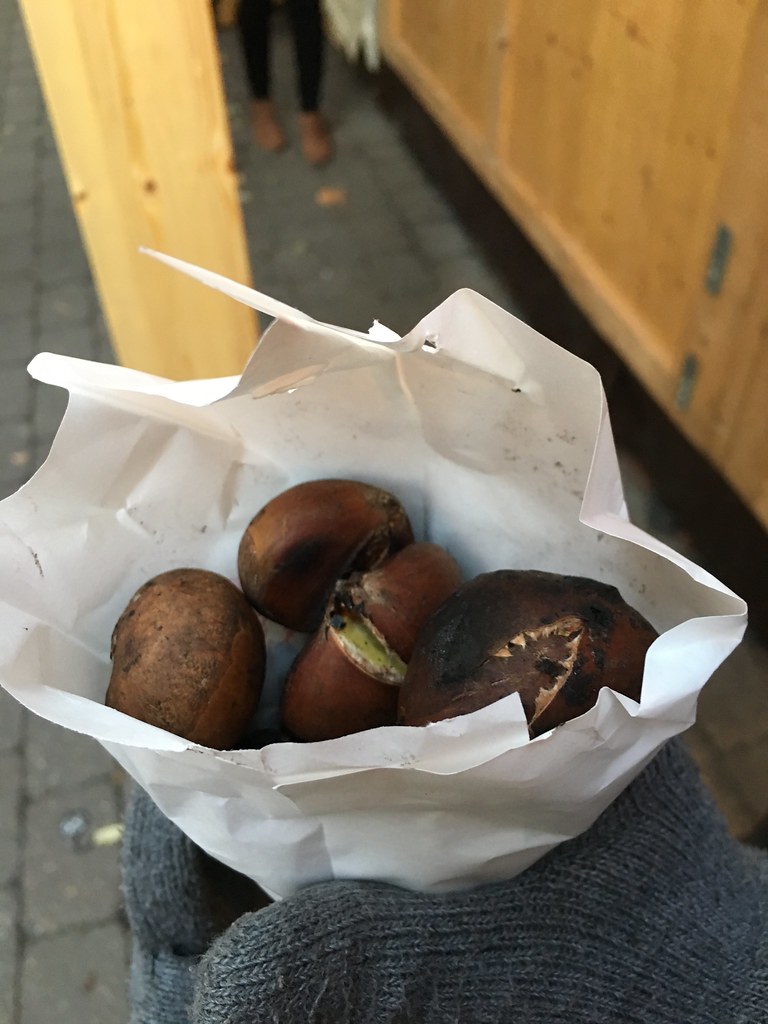 So after that it was time to head home and peacefully slip into a food coma. Perfect!

Do you have a Christmas Market where you live? Have you visited yet?

My Week #29 - Markets and Photos and Beasts