One month on: Pickles and Luna 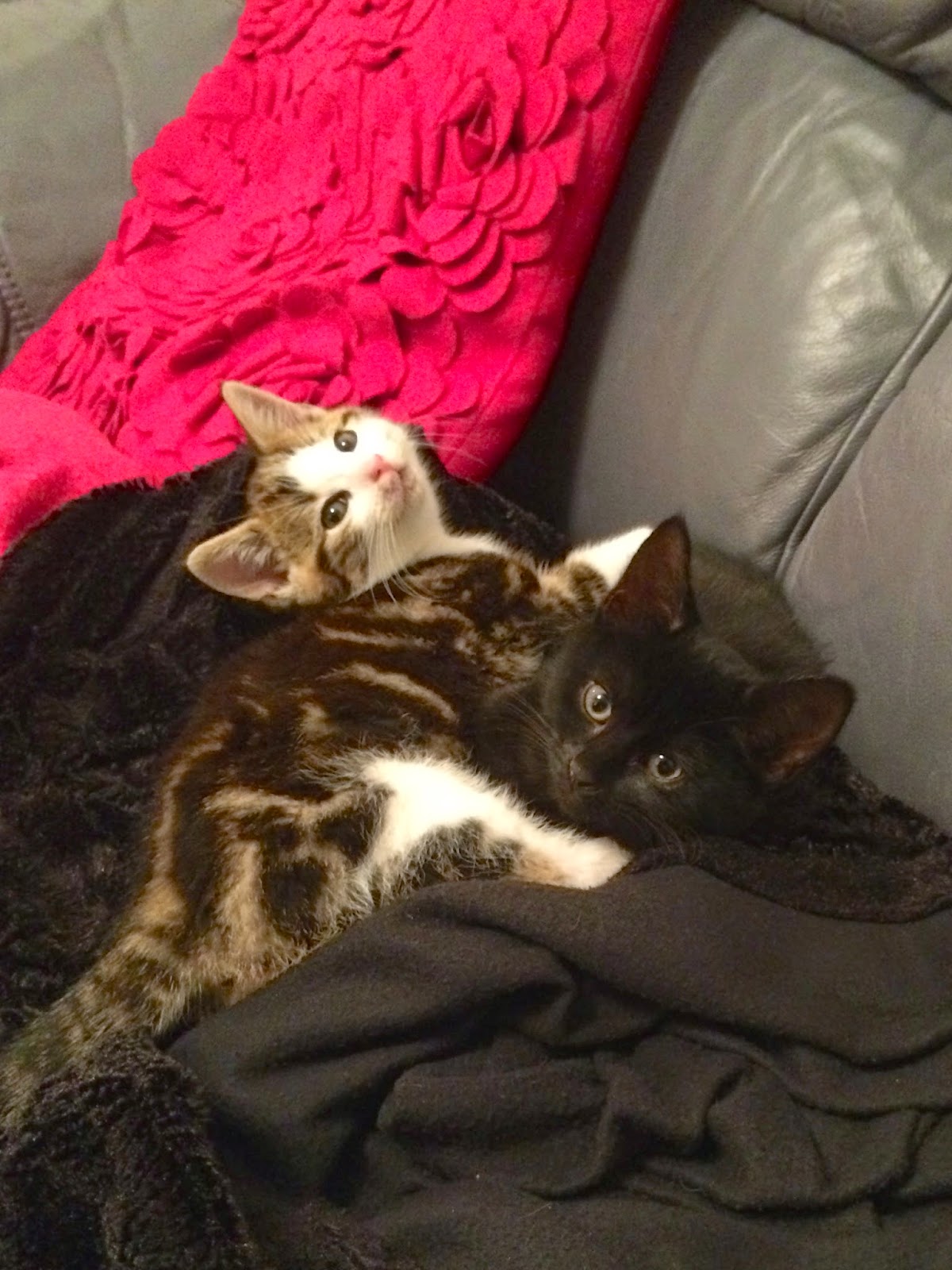 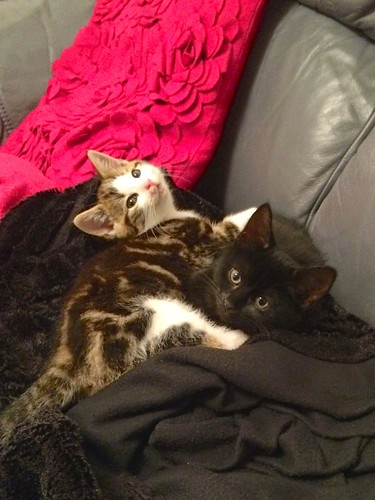 I can’t believe it’s only been a month since Pickles and Luna came into our lives. It feels like we’ve had them forever. It’s been such a learning curve, especially in the first couple of weeks. Suddenly having two little lives that rely on you is a scary thing but it’s a challenge we’ve been wanting for a few years now. The first fortnight was the hardest. Topher and I didn’t get anything else done as we were purely concentrating on looking after the two of them. Now we’re all in a routine and it works really well for us. 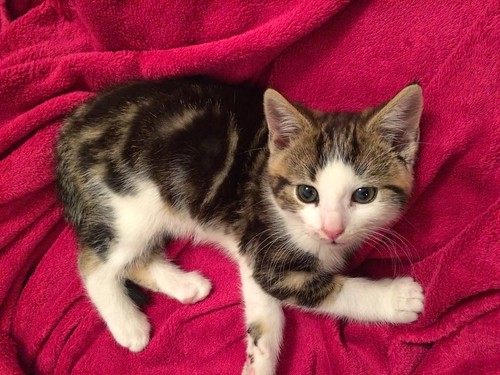 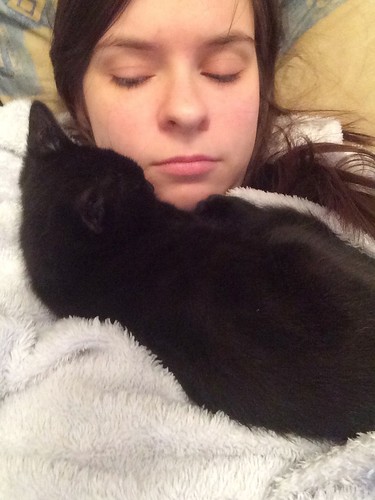 In the beginning we were so worried that they wouldn’t get along but it’s amazing how quickly they took to each other (in hindsight) – even if there was some hissing and growling the first couple of days. Those days were the longest. But we came out the other side. Pickles’ adores Luna – he’s like her shadow at times and when she’s asleep he’ll come and curl up next to her. You can tell she likes him now as well, even though he does wake her up sometimes to play. 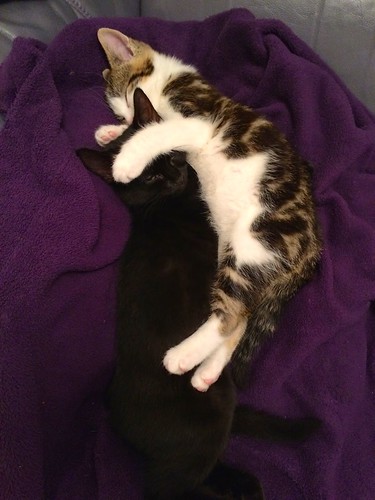 Though they have their problems at times like all kittens do (Topher and I look like self harmers), they’re really good with new people and are a great mix of playful and cuddly. I love spending evenings on my laptop or watching TV with Topher with them laid across us. And though it’s only been a month, they’re already getting bigger – Pickles’ tail no longer resembles a rat tail (almost!) They’re still so small but I can’t wait to see what they look like when they’re grown up. 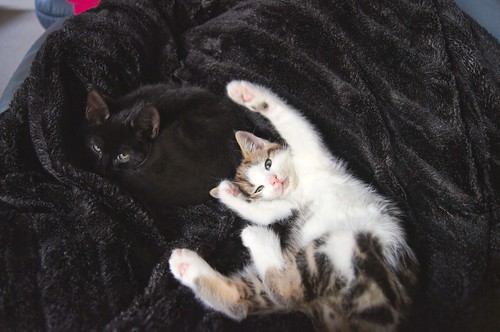 I love how they have their own little personalities already. At 13 weeks old Luna is truly the older sister, doing everything first and washing Pickles’ face when she thinks he’s dirty. At 12 weeks old Pickles definitely plays the part of baby brother well. He’s a complete goofball! 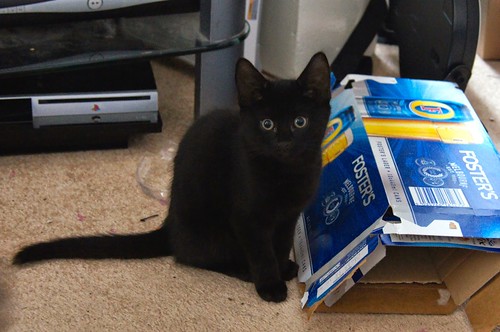 Luna enjoys
Watching football
Running round the bed
Watching my fingers type blog posts & anything to do with my laptop generally
Looking surprised 90% of the time – her nickname is Crazy Eyes.
Getting up in your face if you eat anything – even if she’s just eaten
Being higher than Pickles
The sound of food packets opening 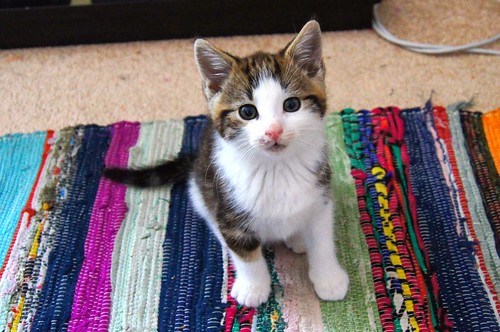 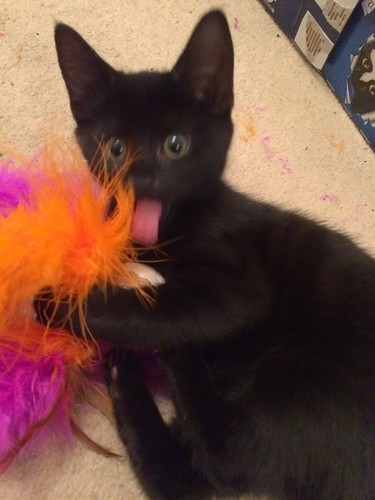 Here’s to one month owning cats and Topher and I look forward to many more with our new family! 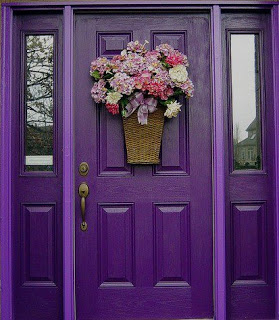 It’s The End Of An Era: I’m Moving House

Depop - The purge of my clothes begins!