Last stop on our tourist jaunt down south in Jordan; Petra. I’ve done a photo diary of Petra the last time I went which you can check out here. To be honest the quality of the photos is a hell of a lot better in that one. Probably because I wasn’t slowly melting in the August sunshine that time. I mean, I actually wore jeans back then. So top tip: go in April or at least avoid the summer unless you enjoy finding out the temperature when you start cooking.

If you can only go in the summer then at least go in the morning. We finished about lunchtime and to my horror I saw loads of American tour groups just starting their trek. Good luck guys.

So we arrived at Petra around midday where we took full advantage of the hotel. We stayed at the Petra Marriott and had a swim and a sleep before having a traditional bedouin dinner and watching the sunset. 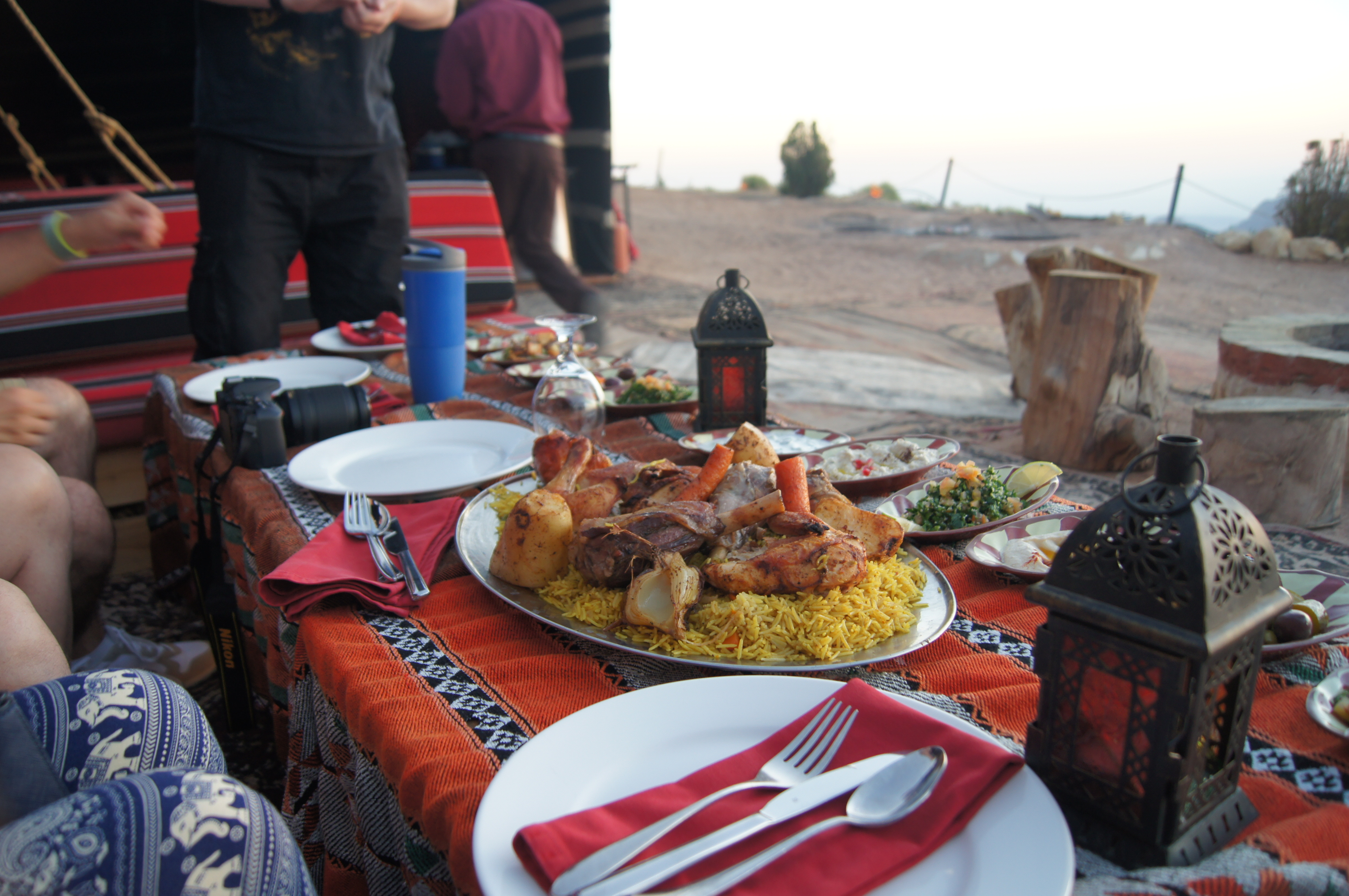 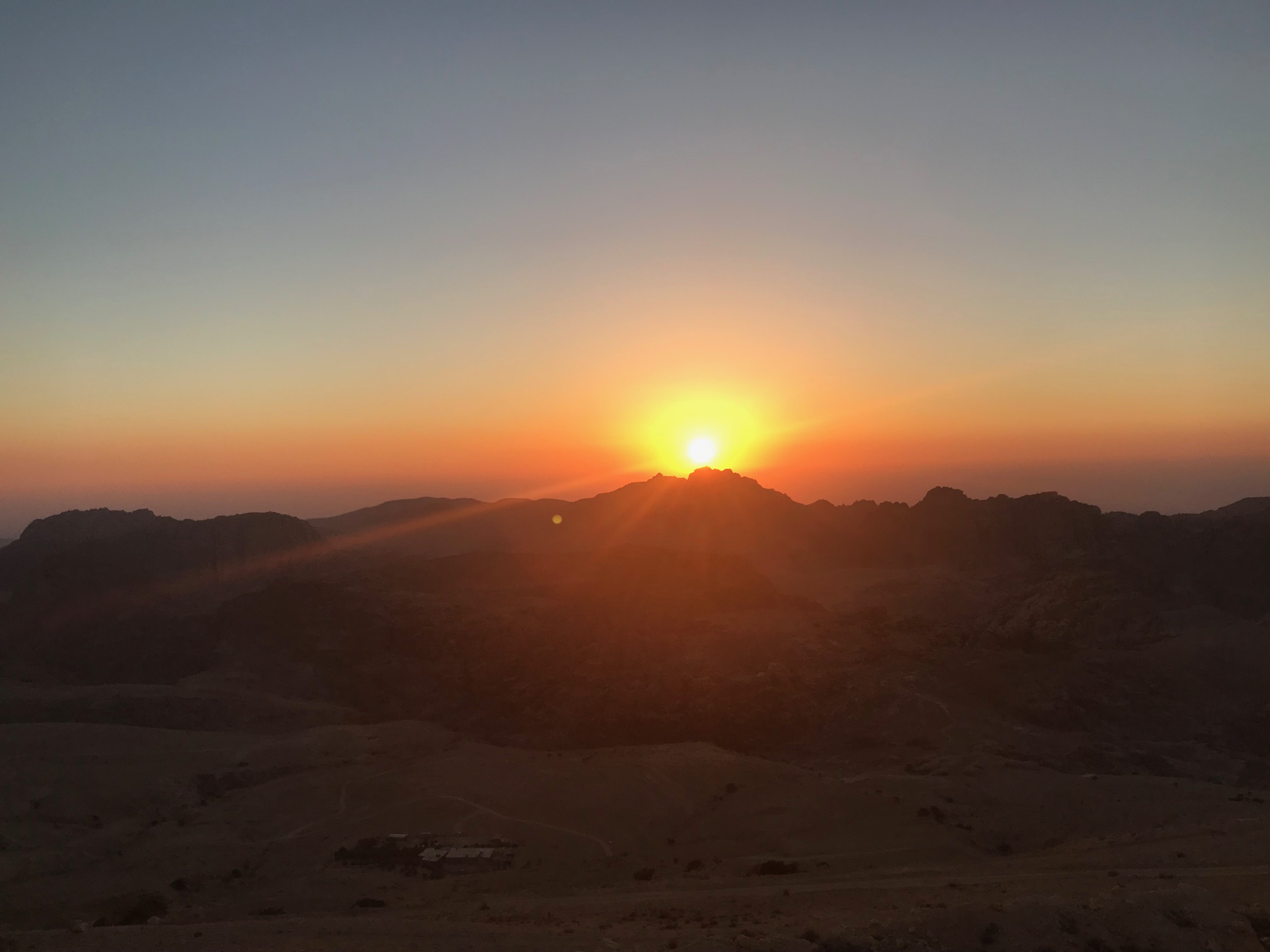 So you may be thinking the evening was over but it was then time to head out again. Petra now offers a chance to see The treasury portion of this wonder of the world at night. It’s ticket only and they are limited. You gather at the entry gate and all then follow a guide to get to the treasury. 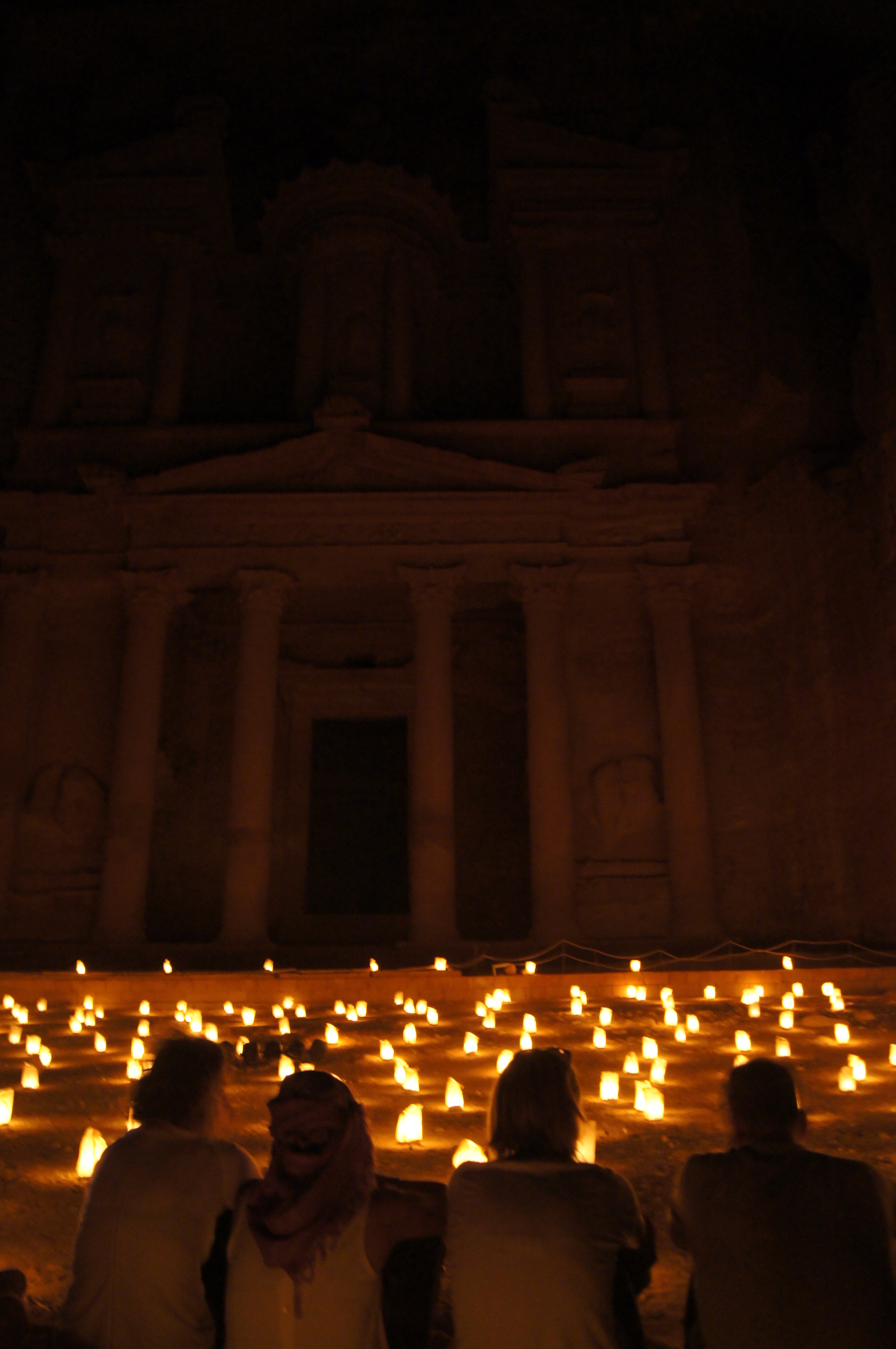 We were advised to hang back and let the initial crowd go first by someone at the entrance but we disregarded it and stayed very near the front of it. And I’m glad we did because we got a chance to take photos before there were too many people. Plus large groups of tourists have an annoying habit of never turning the flash off on their cameras. So much flash photography!

Anyway, the photo above is before the swarms arrived and the ones below are when they ran out of room and had to seat people between the lanterns in front of us. 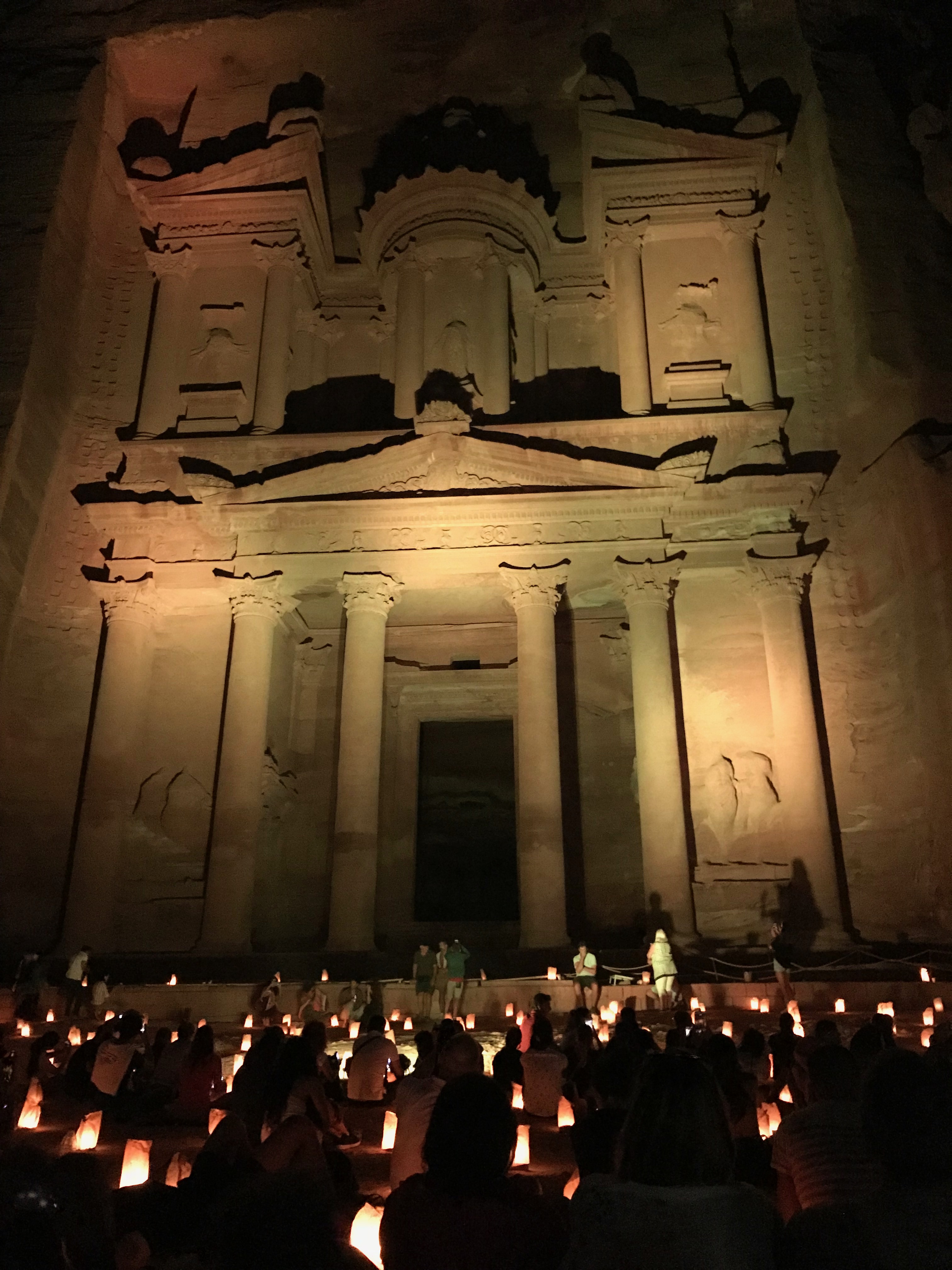 We were waiting for awhile and I’m not sure exactly what we were waiting for – we thought a show? Turned out it wasn’t much of a show. A man played a flute and then told a very short story about the history of Petra. We did get some bedouin tea though. I think the whole thing could have been organised a lot better. And the £17 aprox price tag per person is pretty steep for what you got as it’s not included in your regular Petra ticket price. If you want to see the treasury at night then it’s worth it – just make sure you have a good camera and stay near the front of the crowd! 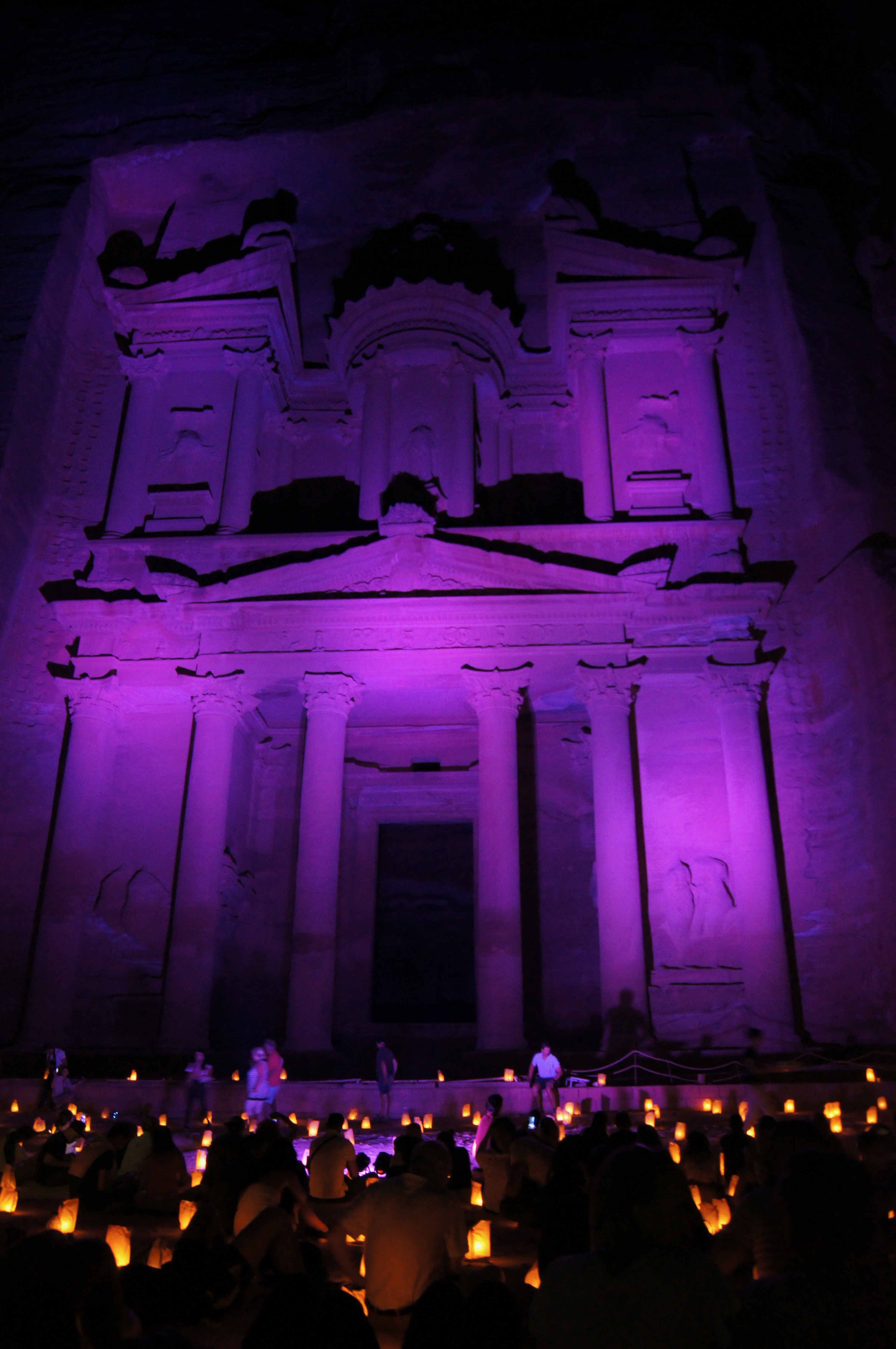 Anyway it was a fun little outing and we had to head to bed so we could wake up refreshed to see all of Petra in the daylight hours.

After a very filling hotel breakfast we checked out of our hotel and set off to the Petra welcome centre. As I said in my previous post about Petra, the main trail is about a 3 mile walk so we came prepared. Comfy shoes, giant obnoxious sunhats for Emma and I, while the others opted for something a little more local. If you buy a headscarf from one of the stalls in the welcome centre, they will help you put it on in the traditional way. It made spotting Topher and my family easy in a crowd. 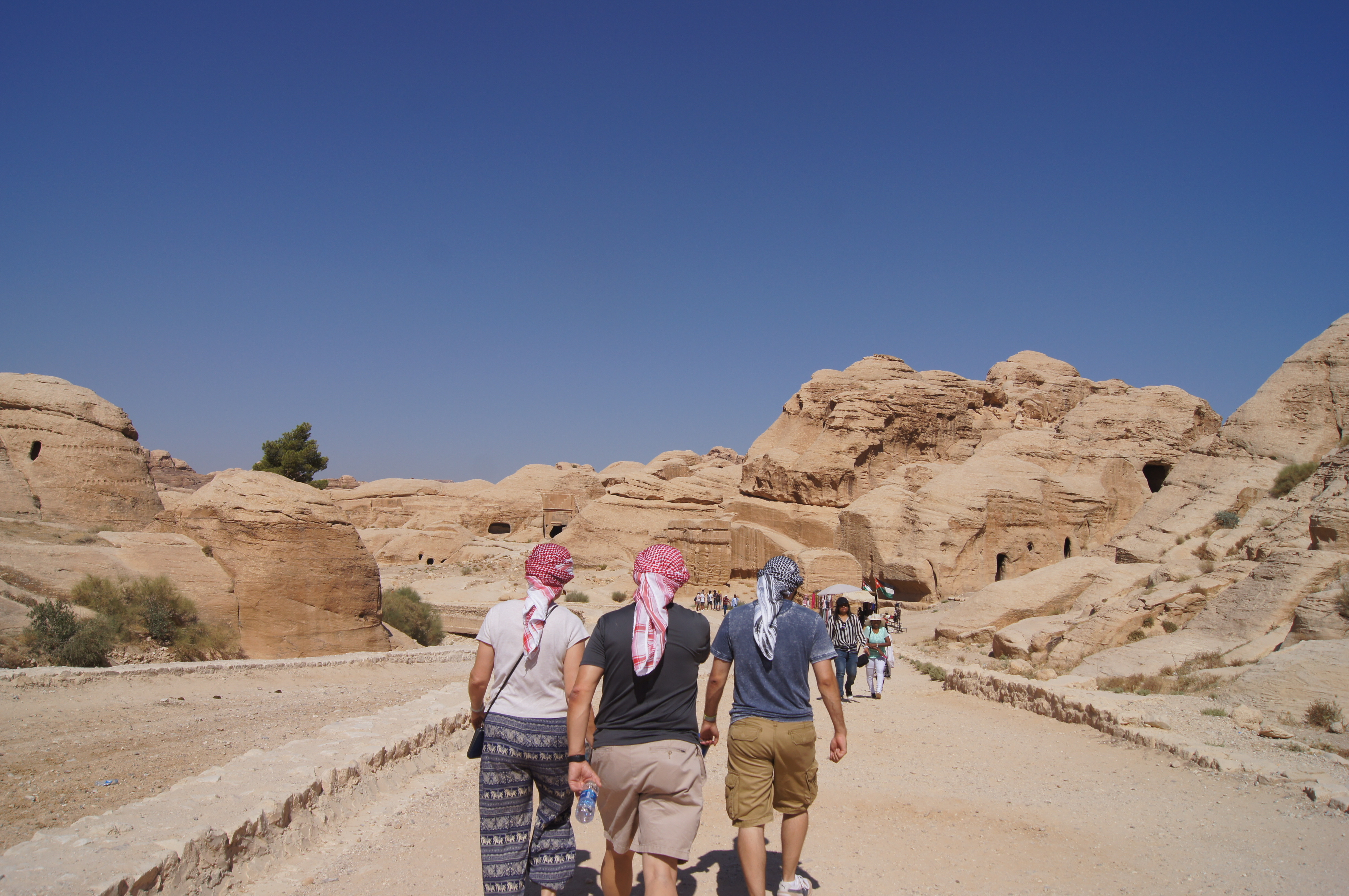 I didn’t take many photos in the canyon because my camera crapped out despite having charged it the night before. Lesson learned: always bring extra batteries! I just used my phone for the rest of the day. 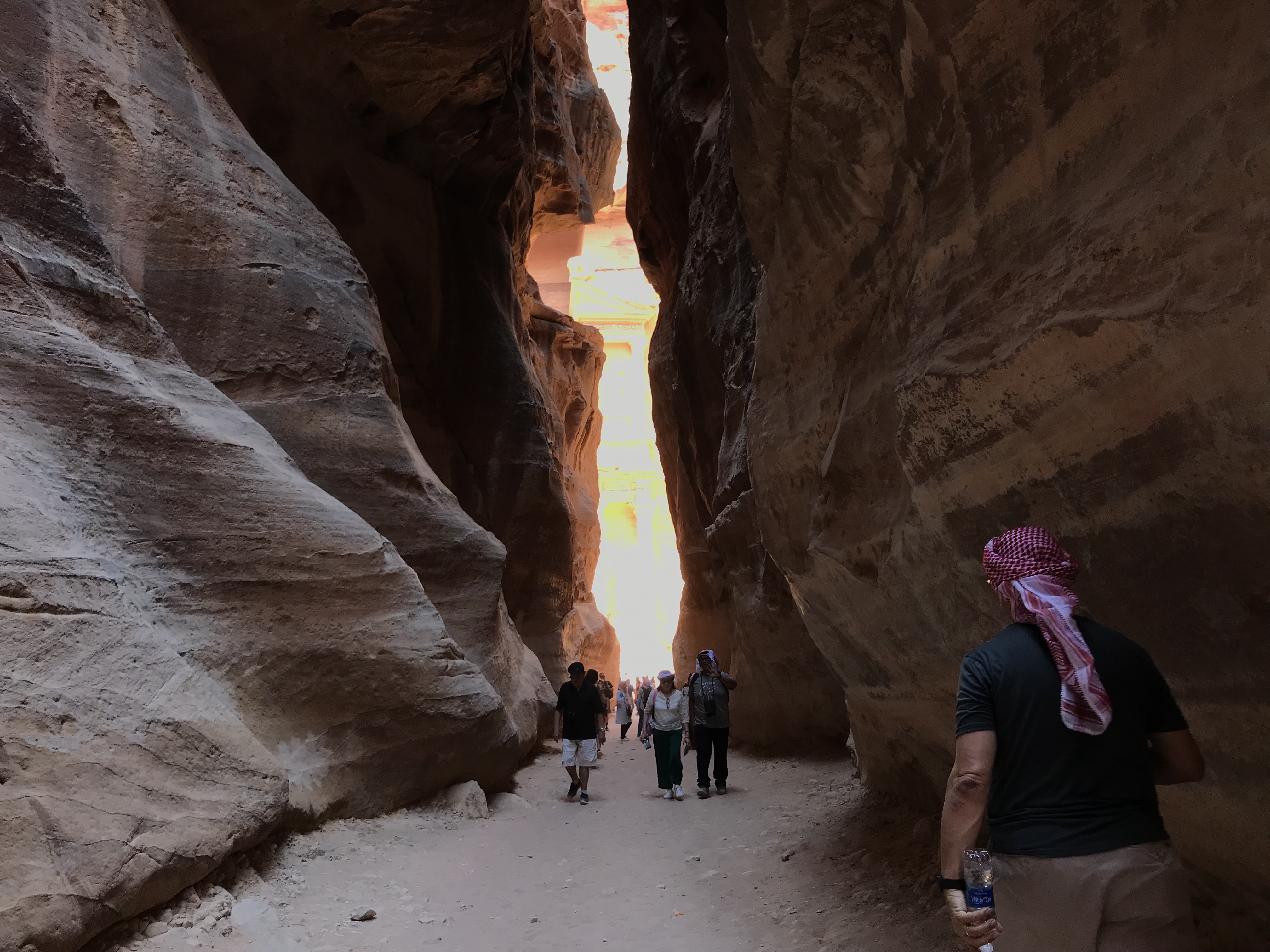 I love getting that first glimpse of the treasury through the gorge walls – makes you feel like you’re on an adventure! 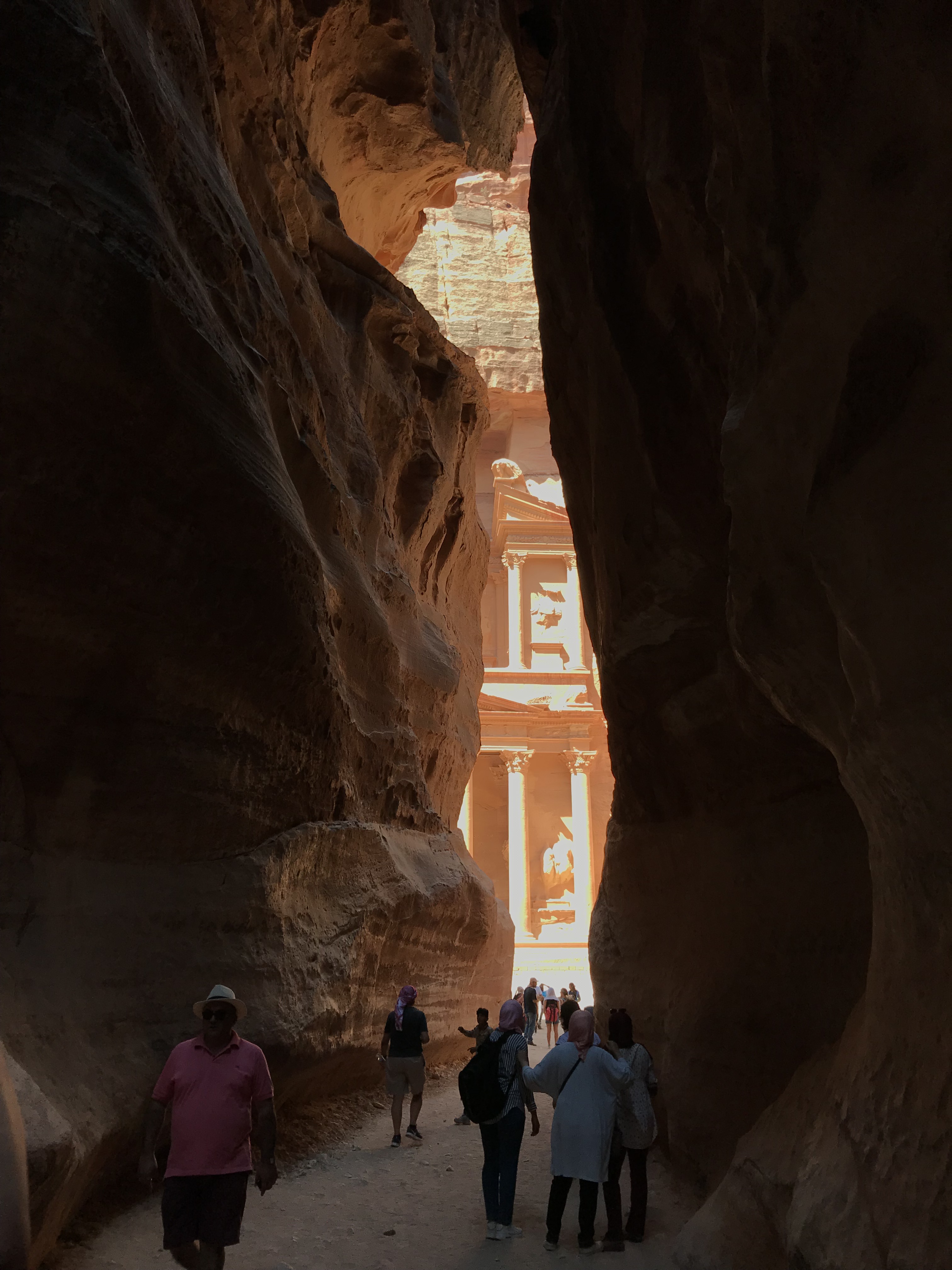 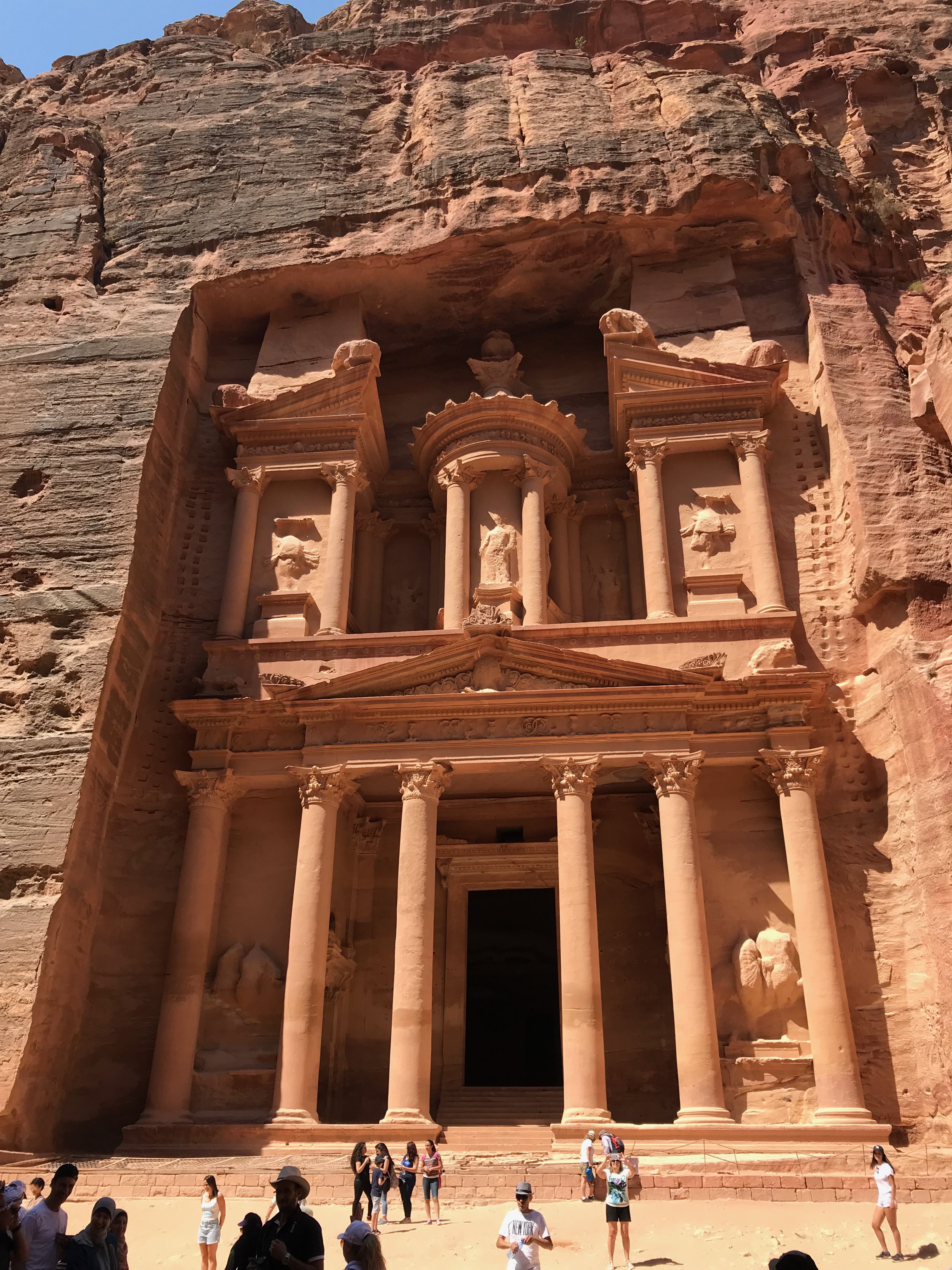 People tend to think Petra is just the treasury section above but actually it’s massive. All the photos below are everything else you can find. 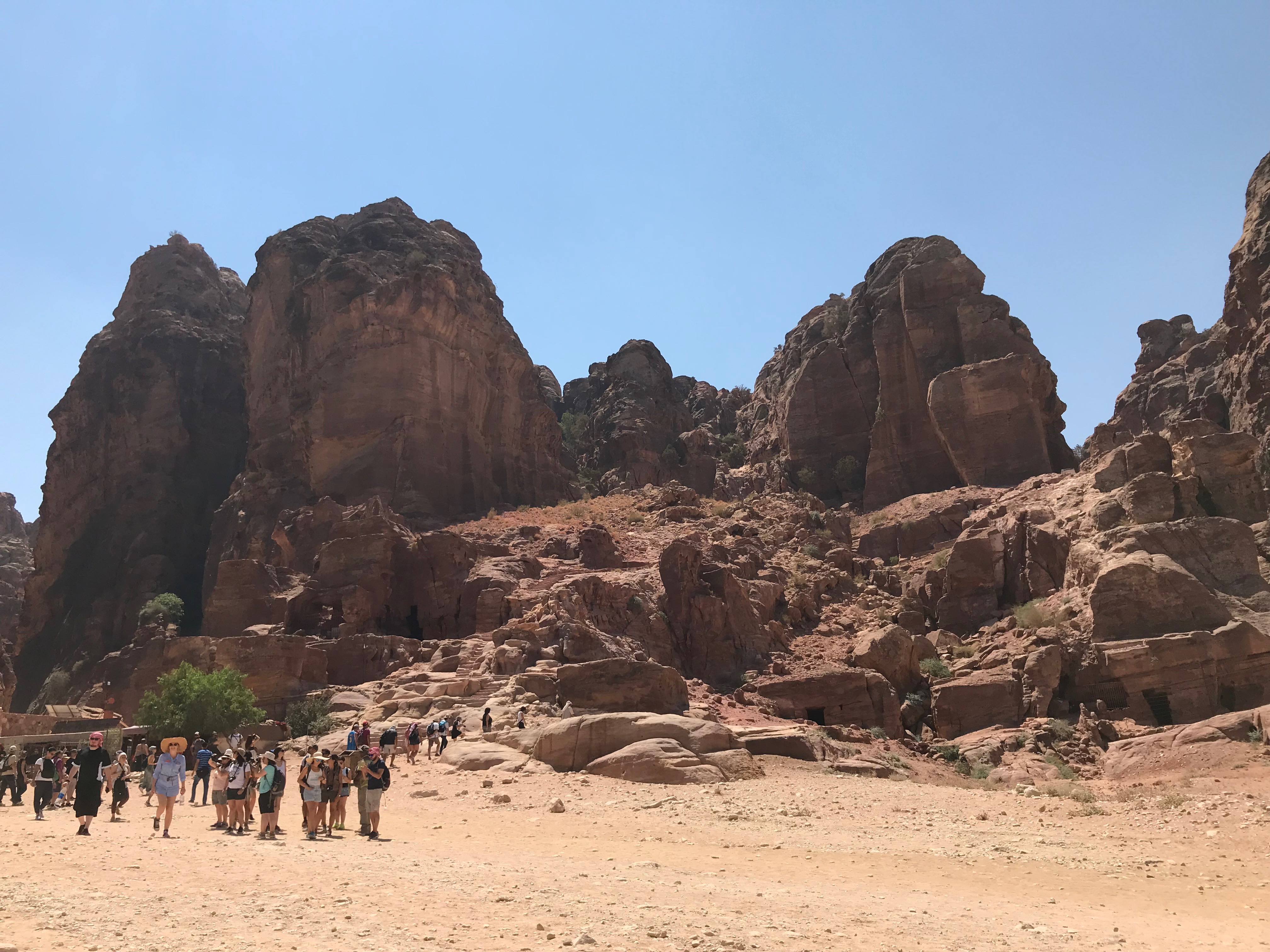 You tend to also forget about all the Roman influence in the Middle East but here stands living proof that they were here so many years ago. 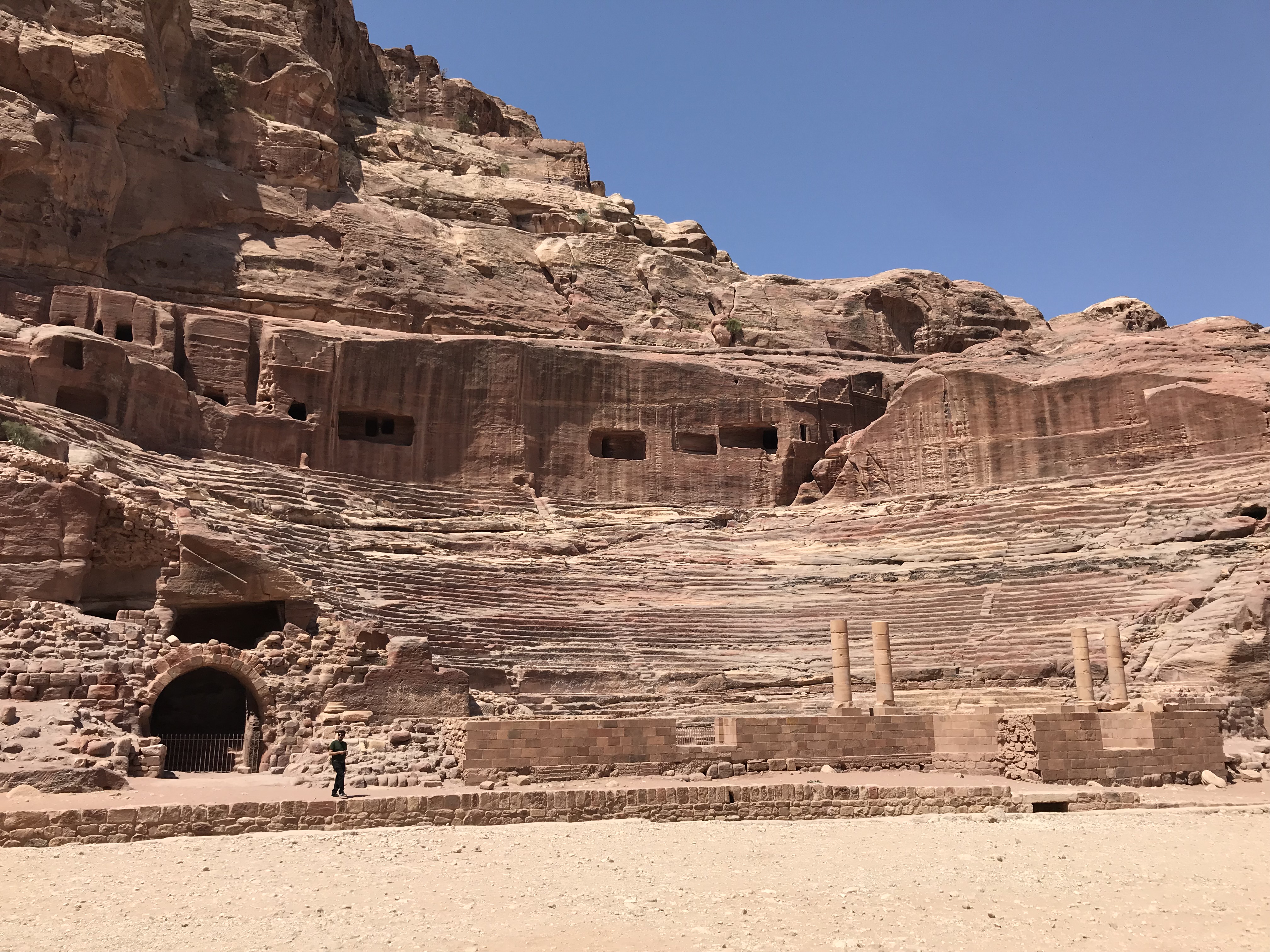 It’s crazy to think that people used to live in these caves below up until the 1980s. 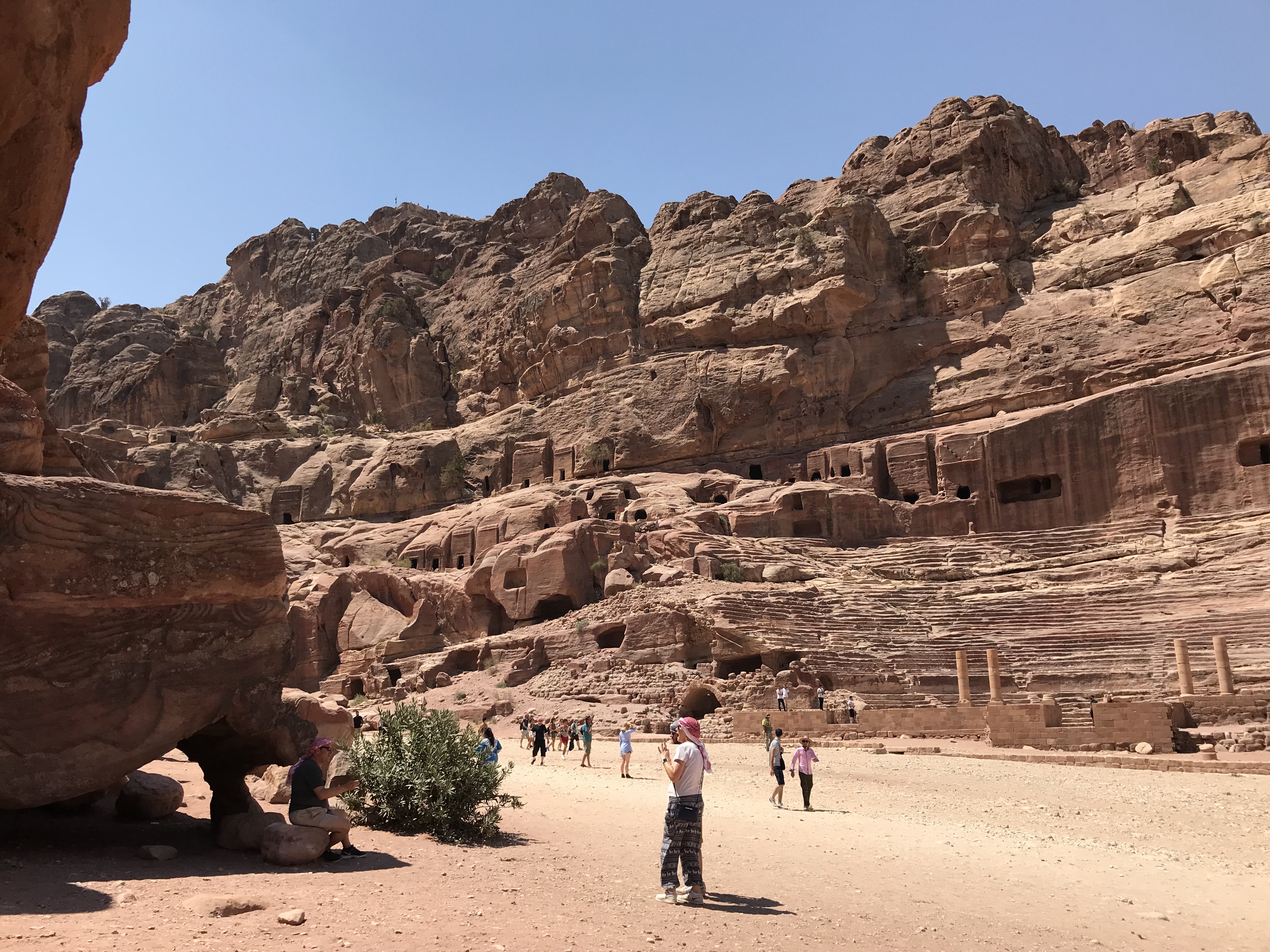 It was so cool to walk along this Roman road. 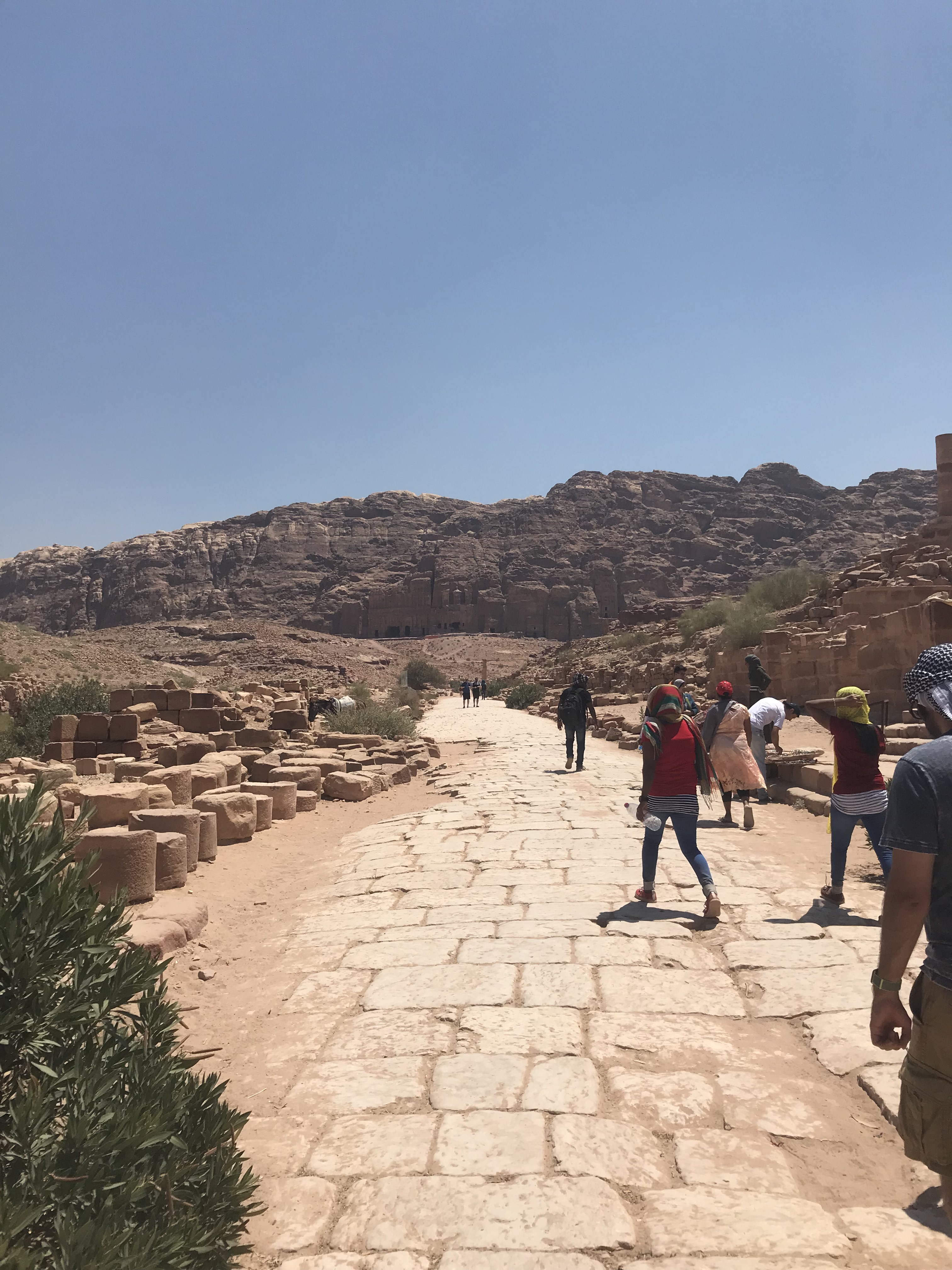 We actually made it all the way to the end of the main trail this time. If you have more time on your hands (and less sunshine!) there are plenty of hikes you can do on this site. 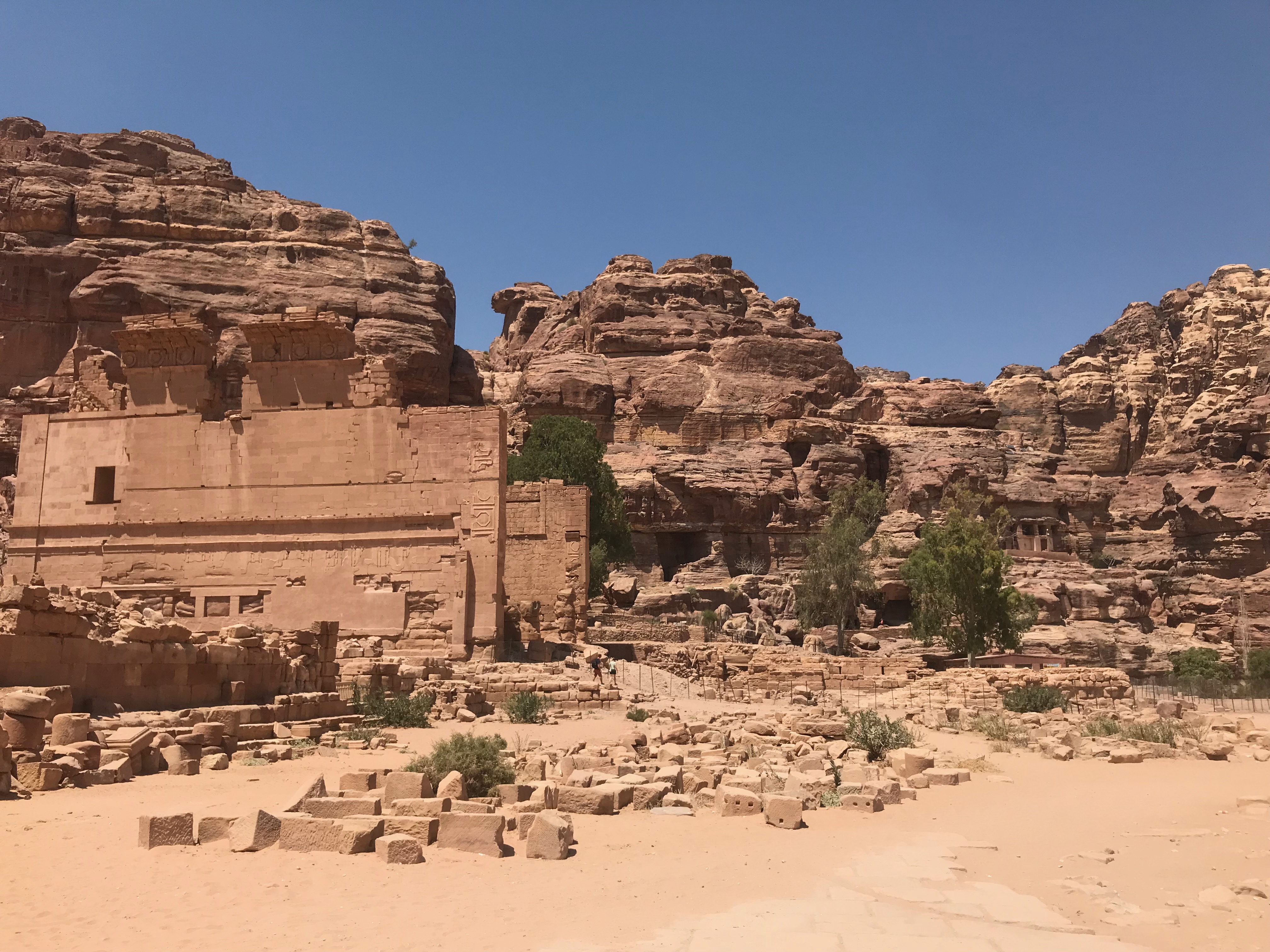 Absolutely shattered we made it back to the car and headed back to Amman.

Stay tuned for the next chapter in my Jordan blogs: Back in Amman: Downtown.

Florida – What I ate