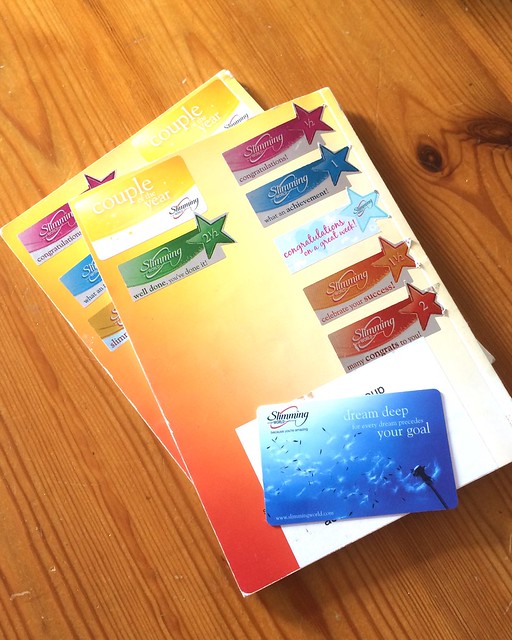 Long term readers will know that in October 2013, I joined Slimming World and over the next year lost 2 and a half stone. My weight had been an ongoing concern in the back of my mind all the way back to my teen years. I was never huge but I felt like I always had some extra weight on my that should not have been there. The tipping point was seeing photos of myself at my cousin’s engagement party in August of that year and when Topher and I visited Florida the following month. At my heaviest of 13st 7lb I felt awful. Considering I’m of average height (5ft6), this was a lot of weight for me to carry and I really felt it. My knees hurt and climbing stairs was like running a marathon. I was 25 and feeling double my age.

So getting down to 11st was amazing. It wasn’t my final target of 10st but I was over half way there. Getting back from Florida this year, I started down that spiral again that I was so afraid of. The weight started going back on. We stopped going to Slimming World because we didn’t like our new group and honestly £40 a month for 2 people is a lot. I weighed myself a couple of weeks ago and the scales said 12st 4lb. Nope, no way. This is not happening again. My shorts I wore in January don’t do up anymore.

I know I haven’t put all the weight back on so that’s the silver lining. I’m stopping myself before that happens. I think if I didn’t have the mind set that I have now because of Slimming World then I would have put on so much more weight. Though we have been having a lot more treats than we should, we were still having healthier meals overall so the weight came on a lot slower. What I could have put on in a month, I put on in 7 months.

So last week I decided enough is enough. I’m not going down this path again, I’m turning round and walking back towards my original goal of 10st. We still can’t really afford Slimming World so we’re doing it at home the right way. I’ve made graphs, we’re both going to have weekly weigh ins with each other and it will work. As long as we’re there to support each other then we will succeed. In the first week I lost 1lb and Topher lost 1.5lb so we’re on the way. I don’t care how slow I go, I just want to get there.

I’m writing all this because I want to be held accountable. Writing my plans here makes me more likely to achieve them. My first goal is to get back into my shorts in time to go to Florida. So that requires me to get down to 11st again. I’m sure I can do that. I’ve got 2 and a half months. Lets do this.