Tapas, Afternoon Tea and All the Cocktails

Topher and I don’t go out too often these days but when we do, we go all out. This day is definitely a large contributing factor to the reason we are now poor. I had a great time though and that’s all that matters!

We started the day with afternoon tea for the birthday of my soon to be mother in law. I’ve never been to 47 Kings Street West before but I definitely recommend it. As well as afternoon tea they also do meals including a Sunday roast. It was a Sunday when we went but the afternoon tea was filling enough!

I’m always surprised at how full I am after having an afternoon tea. I’ve never been able to finish one. I get smug after having the sandwiches and feeling fine but then the scone always finishes me off and then I force myself to at least have a couple of cakes afterwards. 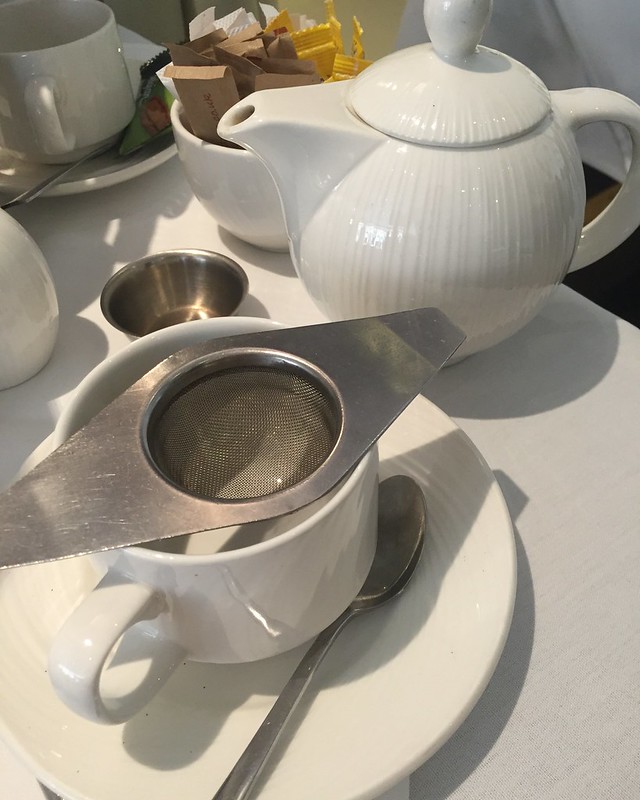 Anyway, the sandwiches were delicious as were the scones. My scone did fall apart when I tried to slice it in half, which I hate but I made the best of it. It tasted delicious and that was all that mattered! The cakes were also good – at least the samples I had of them. The remainder had to be given to Topher who also surprisingly struggled a bit. I picked the “summer” tea, which was lovely – sweet and fruity!

The price was £16.95 for a regular afternoon tea, which I think is pretty reasonable. I would definitely return again to 47 Kings Street. 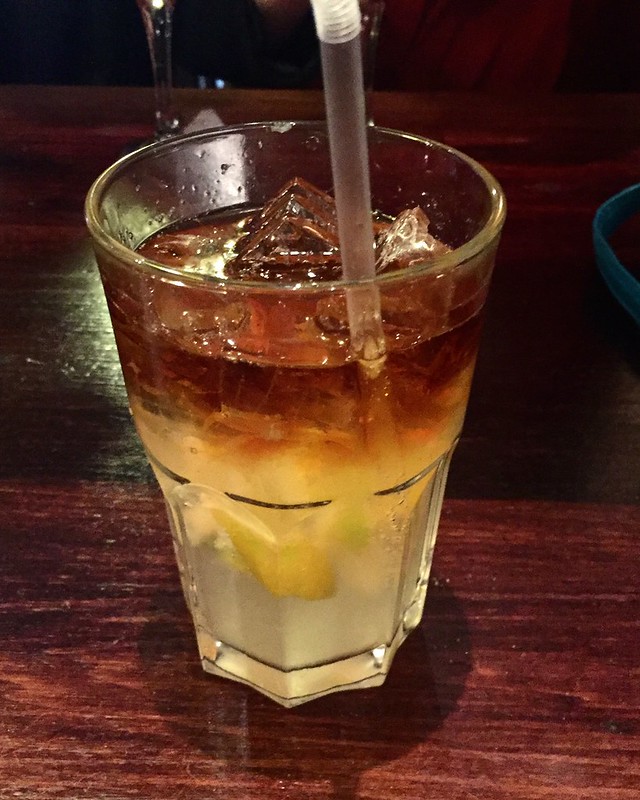 Afterwards, we headed to Las Iguanas for cocktails as we discovered they have happy hour “all day, every day” in celebration of their 25th birthday. Score! Plus they had non-alcoholic cocktails so we could easily bring in Topher’s 15-year-old stepbrother in too. The buy one get one free rules means you have to get two drinks the same but you can easily get around this by swapping with a friend. Emma and I switched so over the course of the afternoon I ended up with a Dark & Stormy, Guava Cava (not pictured), Vanilla Mai Tai and a Pink Passion Fruit. 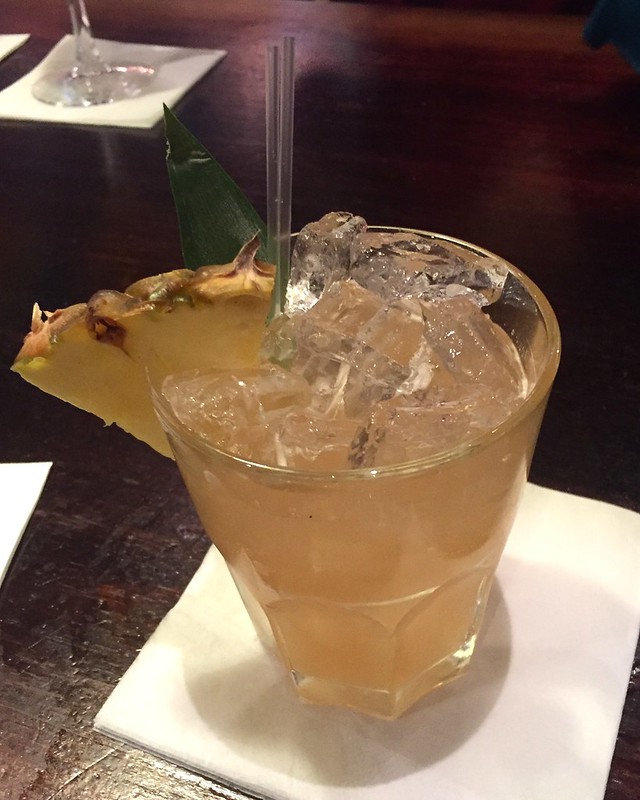 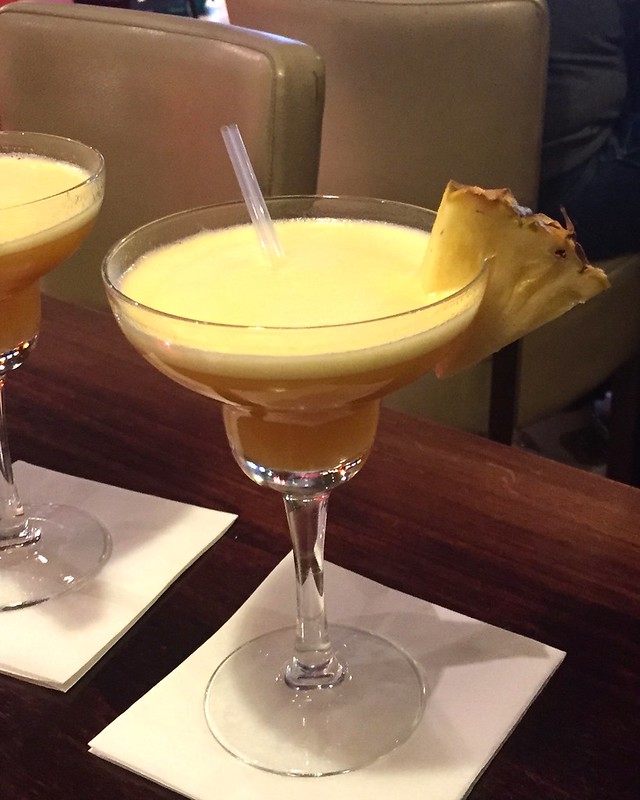 After many hours of chatting and drinking, Topher’s mum and step brother had to head off home so Topher, Emma and I who had gotten quite hungry again met with a couple of friends and headed to Wahaca. I was so busy eating that I only took a single photo that was of the fish tacos I ate. It was a nice change but I’ll probably get something different next time. 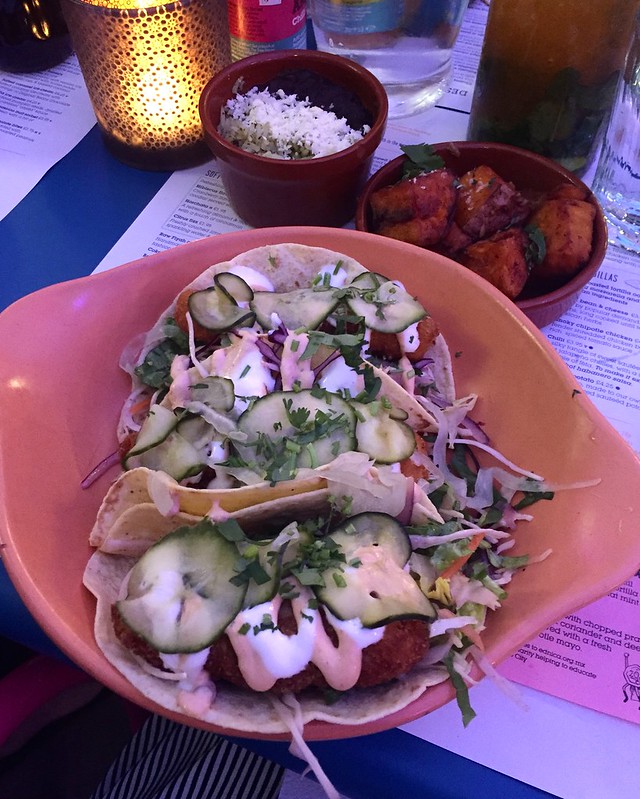 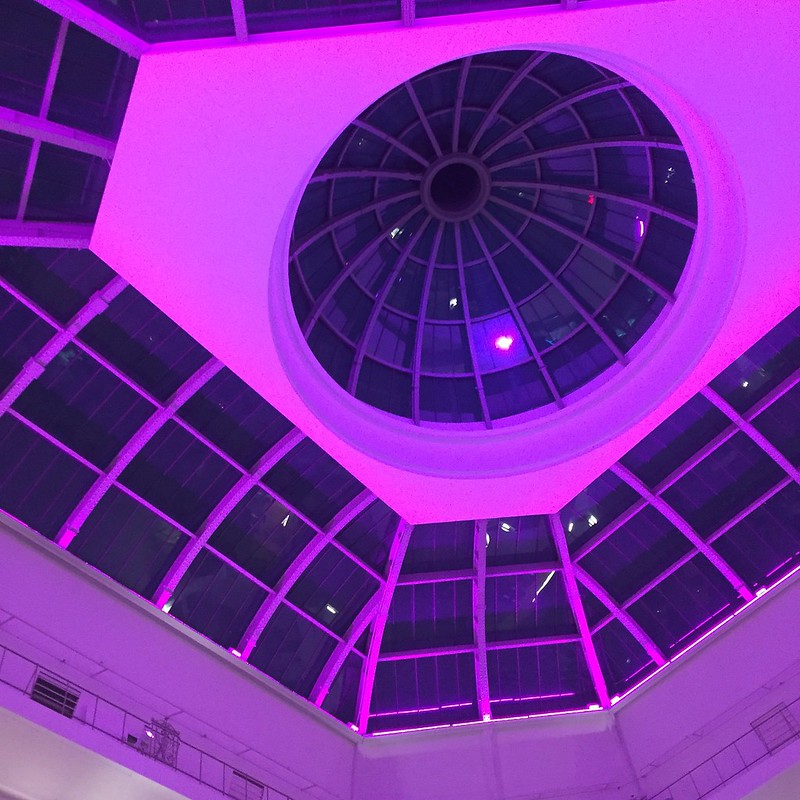 After popping to a couple of pubs in the Northern Quarter we ended up at Cane & Grain upstairs in The First Floor Bar. I loved that you had to open a secret door in the wall to climb some stairs up to it and the décor was definitely up my street. The wallpaper was amazing and I wish I could have got a decent photo of the taxidermy squirrels that held the wall lamps. 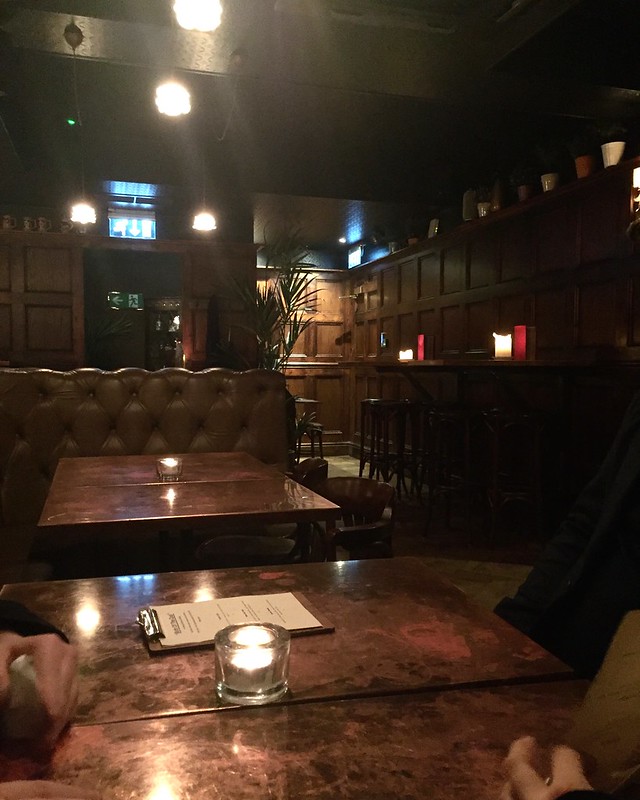 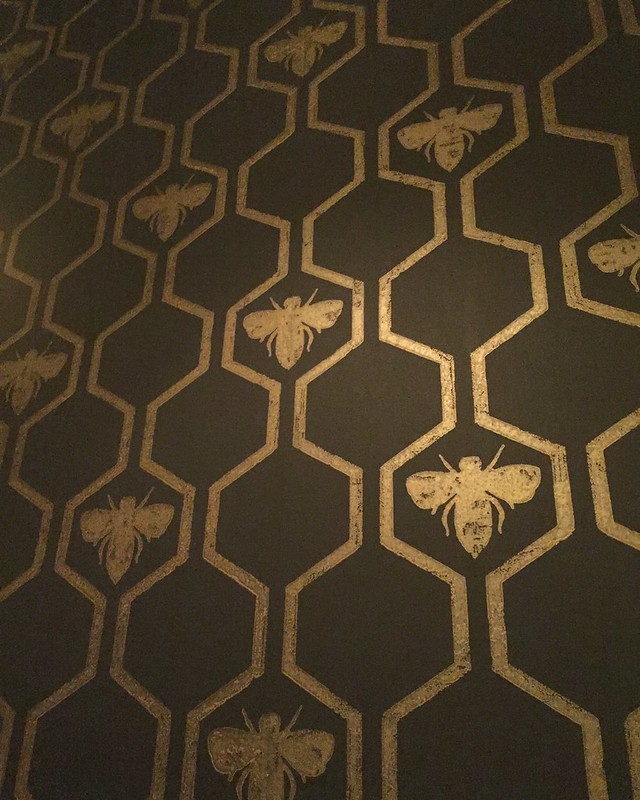 I have to admit though, as amazing as the cocktails sounded on the menu and then their presentation when they were brought out, the taste itself was quite disappointing. The list of ingredients was so unique but it just ended up tasting like a generic cocktail that I couldn’t put my finger on what it was. Mine was supposed to have ginger in it and I couldn’t taste any at all. Anyway, it was definitely not enough to write the place off. We only had one drink so I would definitely return for another round! 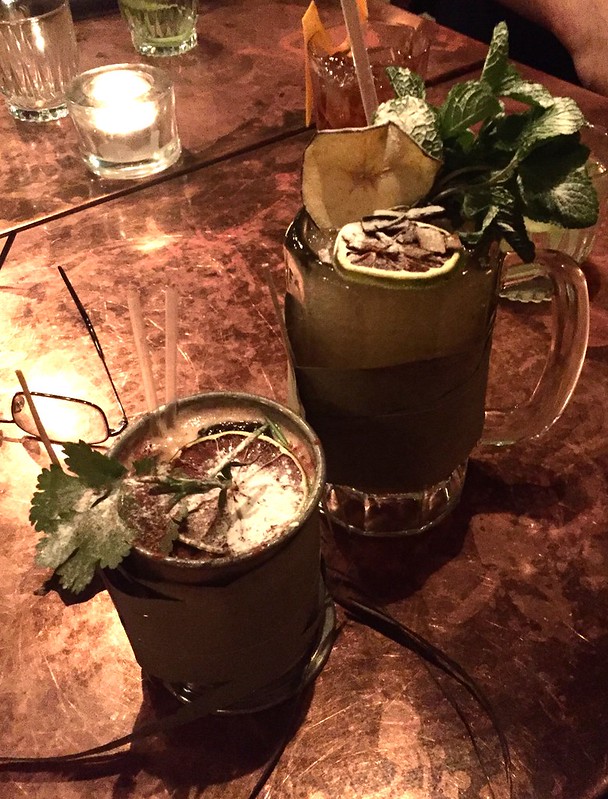 Overall I had a great day and evening out and am hoping it won’t be too long until the next!

Have you been to any of these places? 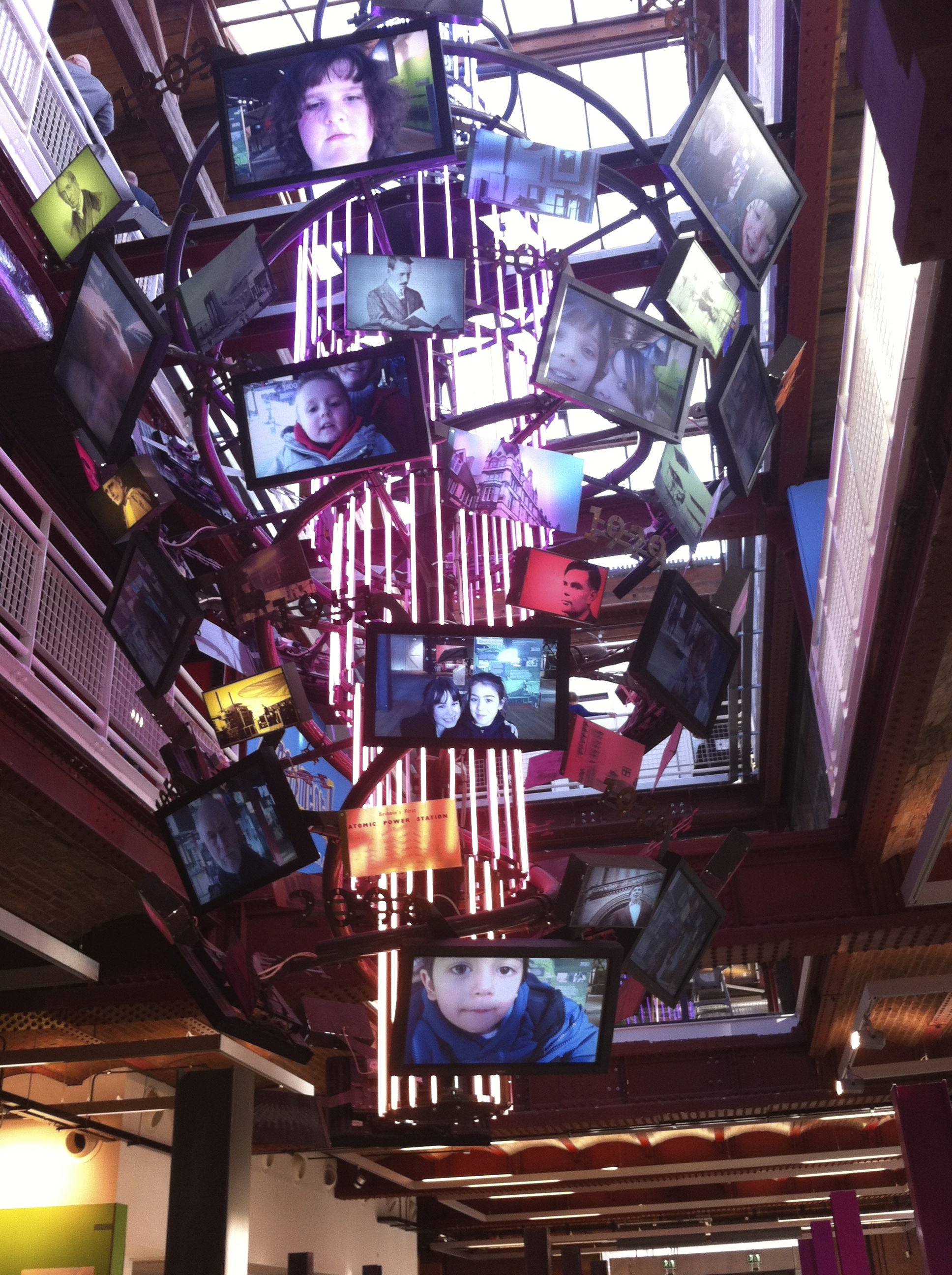 A day out at the museum: MOSI