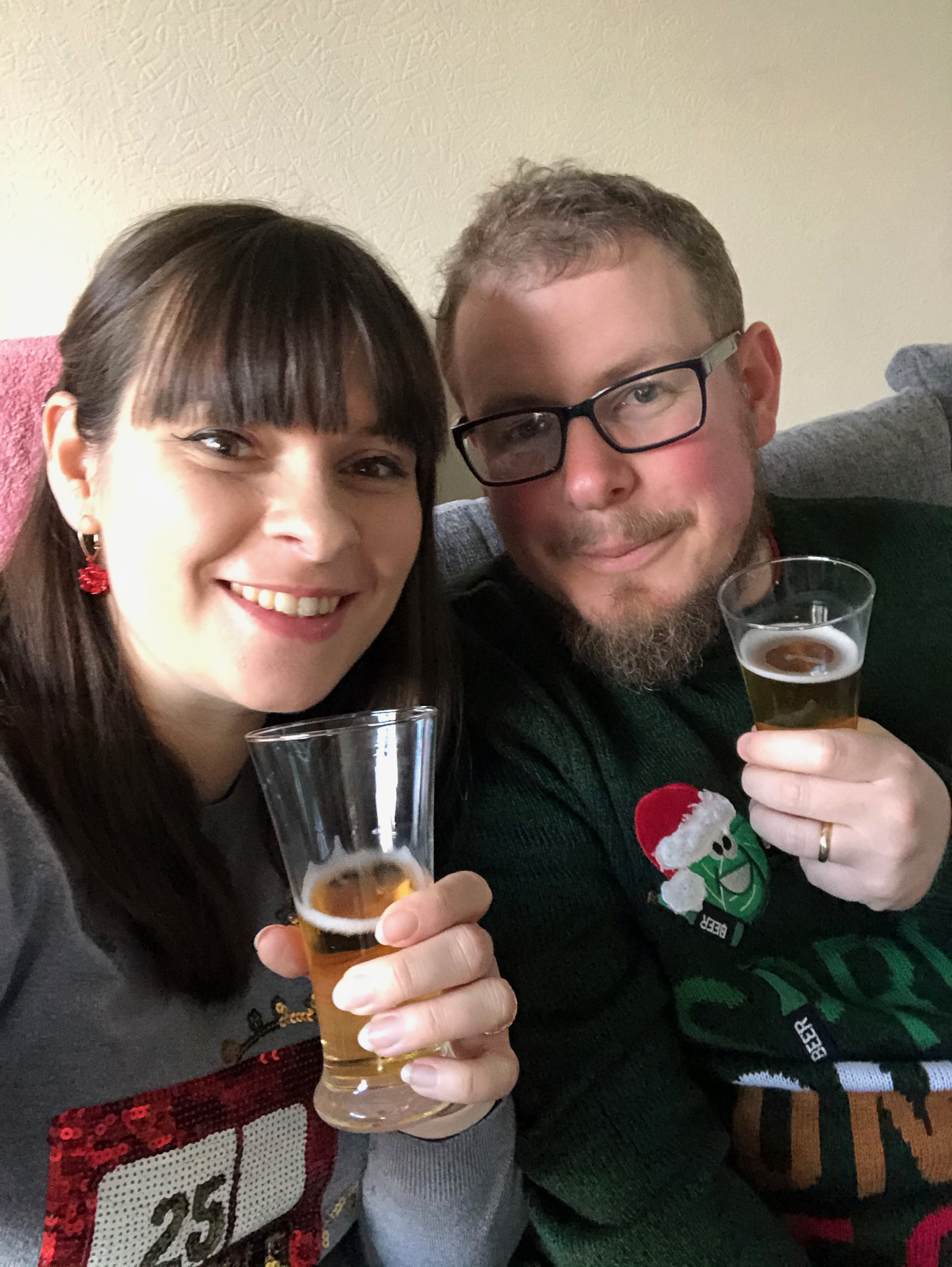 So it’s time for the first couple of instalments of the date jar challenge. If you haven’t read the first post in this series, check it out here. It’s got all the rules. If you can’t be bothered then basically Topher and I are doing a different date each month this year.

Last I left you, Topher and I had drawn our first date of the year and it was to make a #NailedIt cake. Neither of us are good at baking. Topher even admitted that he’d never made a cake before.

I was hoping to make a vlog of the experience but we quickly realised that we’d probably kill each other if we tried to do both. And destroy the kitchen. This challenge is all about spending time together so it would have just caused unnecessary stress.

Anyway, onto the challenge. We found our inspiration on Instagram:

Isn’t it beautiful? We definitely weren’t trying to recreate it exactly, just take inspiration. For example we made the bottom cake purple and decided to pipe cacti on it instead of using fake/sugar flowers. And we bought some pre made fondant to attempt to make a giant cacti on the top…

Now before you look at the finished #NailedIt cake just remember, both Topher and I were expecting this to look terrible. And it definitely does look terrible. I showed this to people at work and I don’t think they got the concept as they tried to say it looked ok instead of bursting out laughing like our friends and family did when we showed them! No no, we don’t want your pity, we want your laughs people. It’s freaking hilarious and we had so much fun doing it.

Sooo fondant is hard. Piping is fun! And this baby tastes a hell of a lot better than it looks. We fed it to our friends the next day and after they stopped laughing they tasted it and said it was delicious!

Also, look at how neat these layers are:

The bottom cake is my tried and tested chocolate cake which is my go to recipe now for cake. And the top cake is actually peppermint flavour. You can blame Topher for that one – he’s always been a fan of randomness. It was also surprisingly tasty.

So a 10 out of 10 for taste but a 4 out of 10 for appearance. Yes I just made up those scores. Topher and I had a great time and will definitely be doing it again.

So at the beginning of February we drew one of Topher’s dates from the date jar and it was “Visit a Comedy Club”. Considering we’re both big fans of comedy and have been to many arena tours for our favourite comedians, we’d never been to a local comedy night before.

The Frog and Bucket has been on my to visit list since I moved to Manchester well over a decade ago and I can’t believe it’s taken me this long to get there. Topher had a look on their website and booked us a couple of tickets for last Friday.

We had dinner at Mackie Mayor before heading over to the club and were really relieved to find out that our assigned table was on the balcony. Great view and no need to be involved as the acts definitely get to know the first couple of rows downstairs.

There were three acts and a host and they were all really funny. It was nice to see some more local acts and I would definitely go again.

So we haven’t drawn the date for March yet but it’s my turn so let’s see what comes out of the date jar next!

50 Things That Make Me Happy

How I’m Managing My Time During Lockdown