The Proposal – His Story

So, roughly seven years ago I met the woman of my dreams. Diane and I were at the same University although studying very different things. We met through mutual friends and so began many years of being silly together. Here we are below looking a lot younger on a night out at Uni. We fell in love and after several years lived together and got kitties. These were signs that things were pretty serious between us. I’d decided that Diane was the woman I wanted to marry pretty early on, the question was when and how to propose? 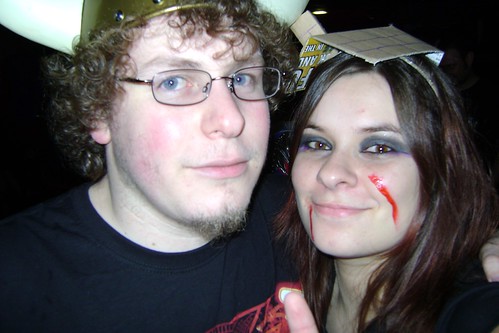 Making the experience “us” was crucial for me. I didn’t want it too based on what other people thought was romantic or sweet. So what unique and original place did I choose? Universal Studios, Florida. Ok, not particularly original but better than my ‘back-up’ plan (In front of Cinderella’s castle during the fireworks). Disney and Universal Studios are somewhere that we’ve been a few times and was our first holiday together, as seen here below (excuse the hair!). I’d decided early on that it would be somewhere there, seen as we had a trip planned and it was a special place for us. 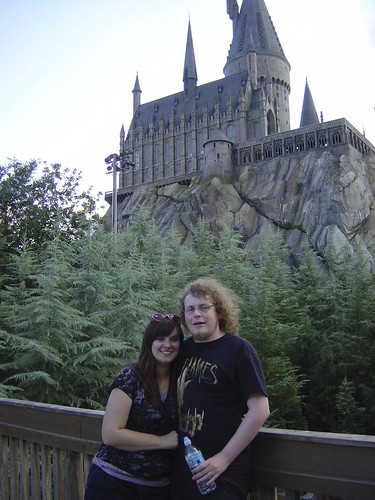 In particular, there is a bridge in the Wizarding World of Harry Potter at Islands of Adventure that Diane and I like, it is quieter than other parts of the park and has a nice view of Hogwarts castle. More on this spot later. 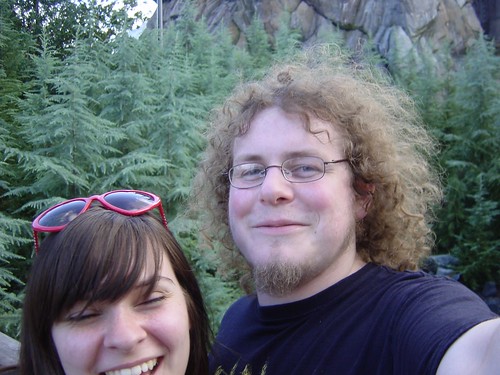 With regards to getting the ring and the preparation, that was the part that I’m most proud of. Diane organises, plans and gets stuff done. I don’t. I got an idea of a ring design from her, with her assuming that it was for future reference. I sat on that for a while, not doing anything about it. Eventually, once I’d saved up and spoken to a few jewellers, I put the plan into motion. The jewellers I went to were really helpful and once I’d showed them the design I wanted they were very transparent about everything. They understood that here was a guy used to purchasing books and videogames who was attempting to buy a very important piece of jewellery and had no idea how to go about it. A few emails and stealth missions there and the ring was made without Diane knowing. 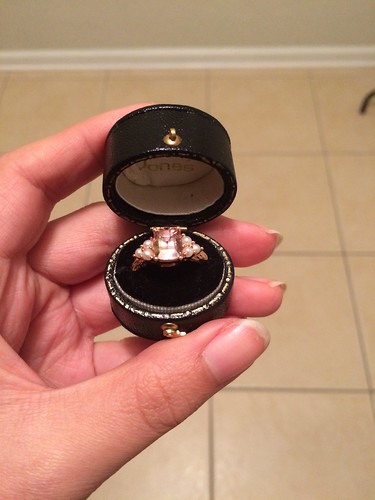 But I wanted to do a bit more. Diane is a HUGE Harry Potter fan and so that helped me pick the location and helped me come up with something a bit extra and unique. Now, Diane’s wand according to Pottermore is made from pine. So I came up with the idea to make a wand from pine and present the wand with the ring on it. This involved a process of finding a pine branch, getting the bark off, shaping and sanding it then applying varnish.

Now I absolutely suck at this sort of stuff and have done since high school woodwork. Luckily, a friend of mine is into that kind of thing so he helped me and I reckon it turned out well. We also made a box to put it in. Doing all of this without Diane knowing was surprisingly easy as I worked shifts so had days off to meet my friend and do it. I also decided to draw the Arabic symbol for ‘love’ into the wand, because wands have runes and symbols on them and Diane is half Arab so thought it would be a nice touch. 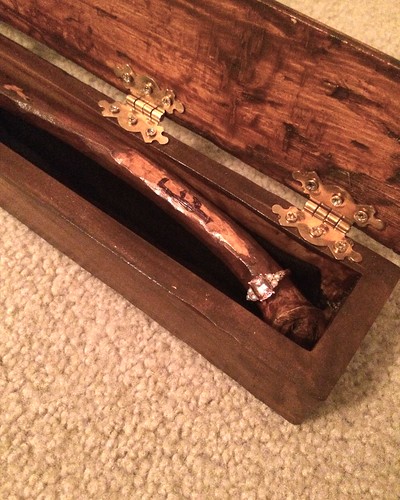 So that’s the background info regarding how I chose the place, ring and how to present it. This was the easy part, or so I thought. I love her and know she loves me and so thought I wouldn’t be nervous and the actual asking would be easy as she was guaranteed to say yes. I can categorically say that no matter how confident you are, this is one hell of a nerve-racking experience. I spoke to her parents about proposing to her when we all went for a meal and I got them alone. This was terrifying, although I was letting them know rather than “asking permission” I was still worried about not getting their blessing but they gave it to me and that was huge relief.

We flew to the US via Frankfurt – there were 7 of us all together, consisting of some friends and some of my siblings. Now, my right hand guy who helped me with the wand was coming and I was relying on him for help and support. We got off the plane in Frankfurt and he took a bit longer to leave the plane than the rest of us. When I asked about it he said he ‘dropped his passport’. He soon after revealed to me that he had DROPPED THE BOX WITH THE RING IN IT! (He was carrying it because Diane and I shared luggage) He was looking for it, hence the delay. Luckily he found it but this now had me on edge and I repeatedly checked he had it safe thereafter! 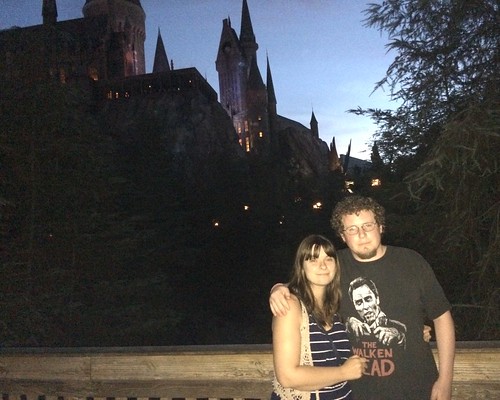 So we got to Florida, everything was going great, I was trying to think of how and when to do it and then we arrived at the Harry Potter park the first time that trip. We went on rides, ate, did all the usual stuff and then decided to head to the bridge because it was a tradition to get a photo there and it’s a nice spot. All the while this was happening I was feeling more and more nervous, I felt physically sick. We reached the bridge, it was sunny, there were lots of people around, our feet were hurting and some of us were a bit cranky. It just didn’t feel right then. The moment I decided to abort the plan was when I turned to see, standing 3 feet from me, a large Brazilian woman in yoga pants and a luminous orange boob tube leaning bent over picking something up. This definitely did not feel “right” so I backed out.

The friend who was carrying the ring was also carrying the wand and case in his bag. He got a bit fed up of carrying it and so for the next few days would whisper ‘this is a nice spot’ and wink at me pretty much everywhere we went, to the point where we passed some ducks and he whispered “ducks are romantic” causing me to crack up laughing and nearly giving the game away.

Luckily, we had planned to go back to Harry Potter World nearer the end of the trip. We took the ring and wand and I’d decided this was it. We went to that part of the park as well as the rest and I waited for the right moment. I had decided on the bridge and so when we were about ready to leave the park, my sister and friends masterfully convinced Diane that they wanted to walk around Hogwarts ‘one last time’. Diane was a bit reluctant but understood, as we wouldn’t be going back this trip. So we got there, we all knew this was it (except Diane). It was a lot quieter this time, it was evening, Diane was still a bit soggy from a water ride earlier but in a better mood than last time. So my friend gave me the rucksack, we gathered near the bridge for photos, the time had come. 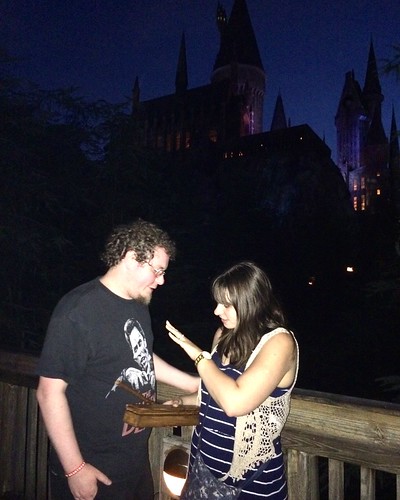 Again, I felt sick with nerves, to the point where as our friends were trying to get a photo of just us two, I kept asking our friends to come into them to delay! After a few minutes it was just Diane and I in front of the castle on that part of the bridge so I took a deep breath, got down on one knee and took the box out of the bag. Now, by this point Diane had just guessed what was happening so when I gave her the box her words were “What, now?”. My heart stopped, I nearly threw up and wanted to throw the box into the stream below the bridge and run away forever. Thankfully, that was just a surprised reaction from her and once I’d told her that yes it was what she thought and yes it was now, she reacted in a much more expected way.

I took the wand out with the ring on, removed the ring and put it in her finger whilst I waffled nervously on about making the wand and that I love her. She cried and I explained that the symbol on the wand if correct meant ‘love’, if incorrect meant ‘cereal’. We laughed at this and then we stood up and our friends cheered. During another hug, Diane pointed out that I hadn’t actually asked her to marry me! So I did that part. 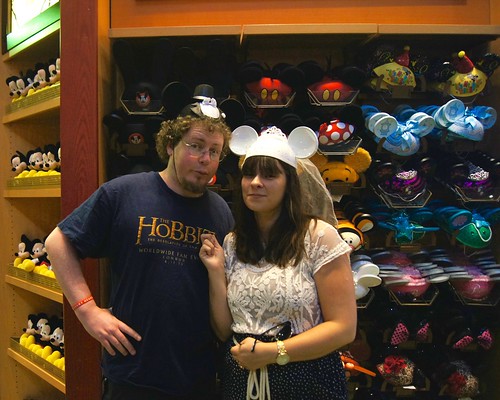 I cried – I knew I would and I have no shame admitting that I did. It was one of the most nerve-racking moments of my life and then also one of the happiest. I did it in a way that reflected us, down to the forgetting to ask her to marry me. It was a process that took months of planning and sorting things out and I was confident until the moment came. But she said yes and I cannot wait to marry the strange but amazing woman that I love. At least the wedding is something we can plan together! 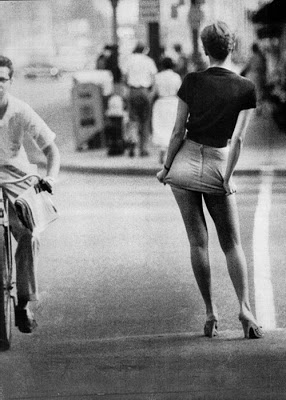 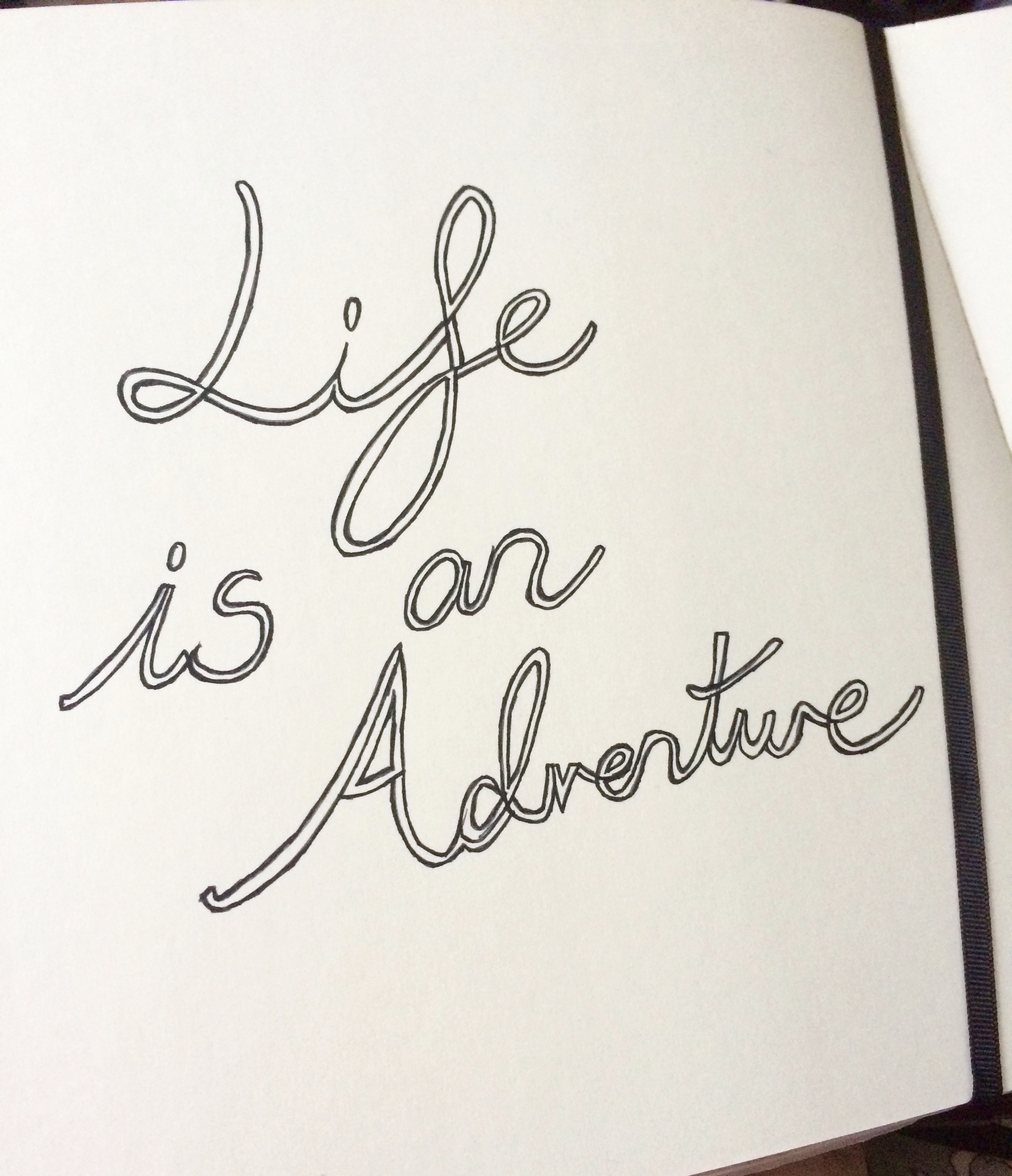 #BEDM Day 2: Life is an Adventure 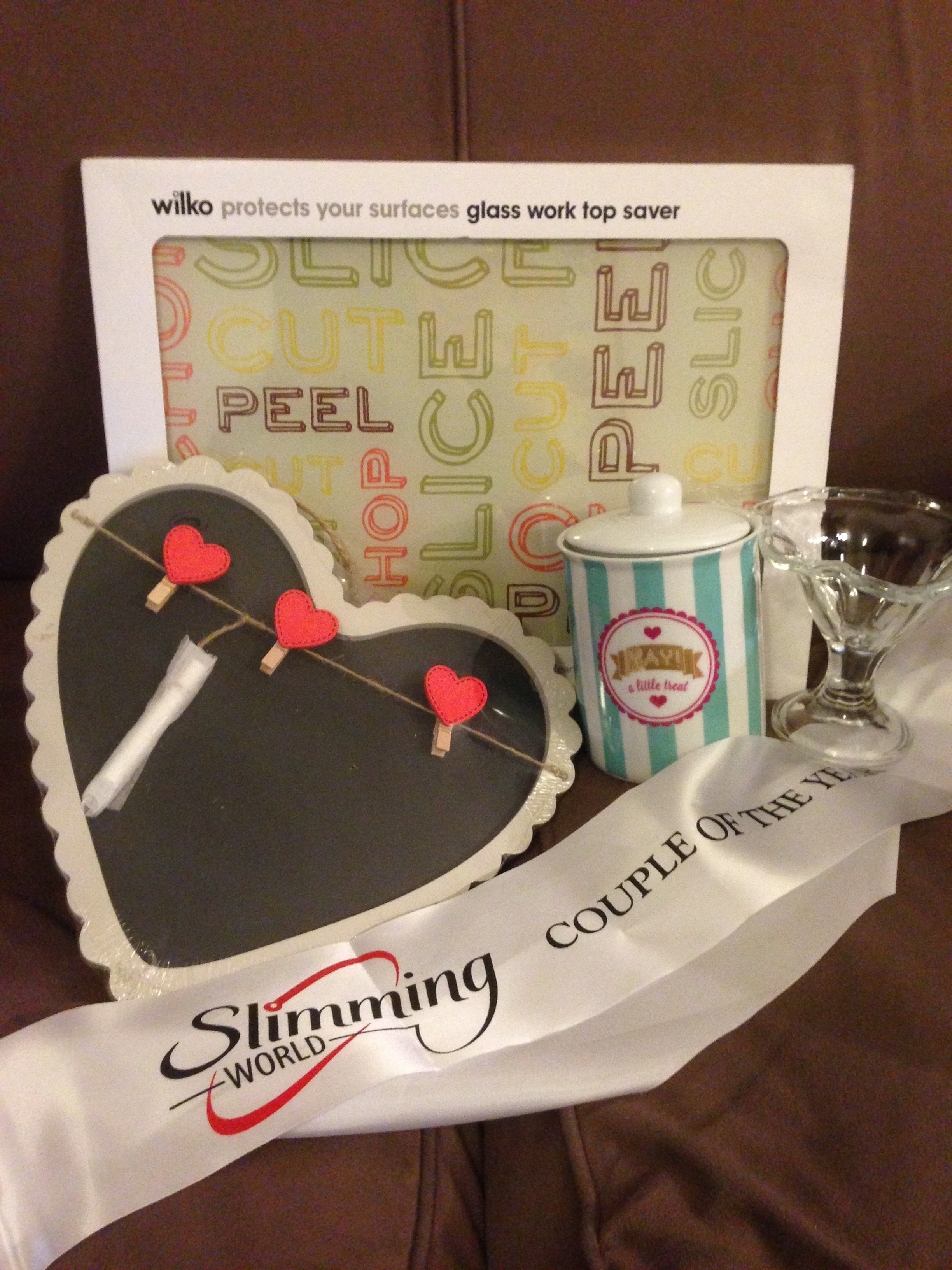 Couple of The Year