My Week #23 – Cooking and Halloween Prep 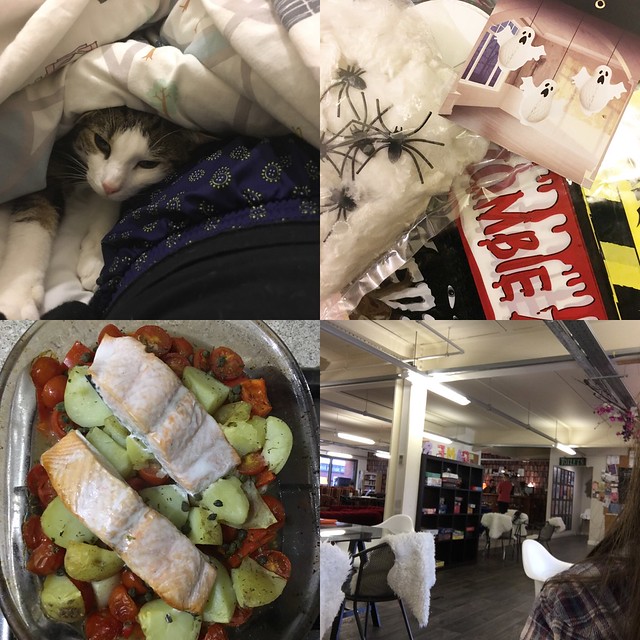 *Experimenting with my breakfast – Carrot cake porridge. * The Refuge, Manchester.

*Luna loves the paper flowers I made. *Topher and I went to Pho

So how are you? I can see the light at the end of the tunnel myself. After my sick day last week which then led to me feeling quite down this week, I’m feeling a lot more positive for next week. We’re settling back into routines after being in and out of the house and I can finally start cooking properly again. I didn’t feel like I’d taken many photos the last couple of weeks but apparently I took enough for a post!

After seeing something similar on Pinterest (oh how I love thee) I decided to try an adapted version of “carrot cake porridge”. It actually went pretty well even though I probably should have cooked the grated carrot a little before adding it to the porridge! I think I’ll stick with my banana cinnamon porridge for now. That’s one of the little things I love about winter, switching from Weetabix to porridge and having lots of hot drinks. I just love seasons! And now I’ve given my winter coat a whirl for the first time this season. Soon the gloves and bobble hat will be out.

Another great thing about this time of year is how much more snuggly the cats seem to get. It’s not morning if Pickles hasn’t come for his cuddle in between us and Luna even came and sat on my chest when I was on the sofa the other day. Just like she used to do when she was a kitten. So cute!

Topher decided that since it was a year since he proposed that we should go out and celebrate so we had lunch at Pho in the Corn Exchange in Manchester. Yum! We both had noodle soup bowls with beef – his was steak and mine was brisket. They came with plates full of herbs like coriander, basil and lemongrass that you could add into your soup yourself. Such a great idea. It was delicious and very filling. We’ll definitely be returning one day.

On the Slimming World front, I’ve had a rough couple of weeks since we’ve been unable to do a proper food shop and I miss fruit so much! Luckily it didn’t really affect the scales and I lost half a pound last week and maintained this week. I’m feeling super motivated for the coming weeks and Topher and I have bought countdowns (where you pay for 12 weeks up front and get a couple of weeks free) so it’s nice to know it’s all paid for until the end of the year. You also get a free Christmas recipe book which I can’t wait to receive next week. I’ve started a new journal for it and want to lose 16lbs before Christmas. Lets see if I can do it. I really want to get back down to the healthier weight I was when we moved back to Manchester 2 years ago.

Here’s to the next week! How was your fortnight? 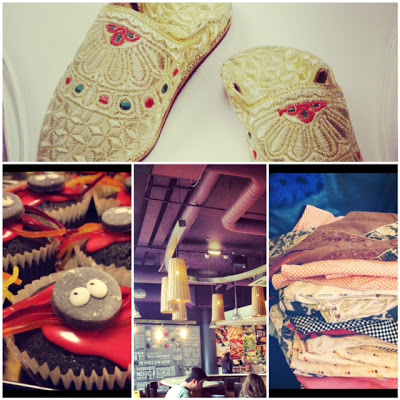 The Landing - The Before Shot